A tale of two cubes.

Deleveled is a puzzle game from ToasterFuel - an indie live stream developer - and publisher The Quantum Astrophycists Guild. Deleveled brings smart and clever puzzle design in a simple package that doesn’t bother with a lot of frills, which can be seen as positive or detrimental. 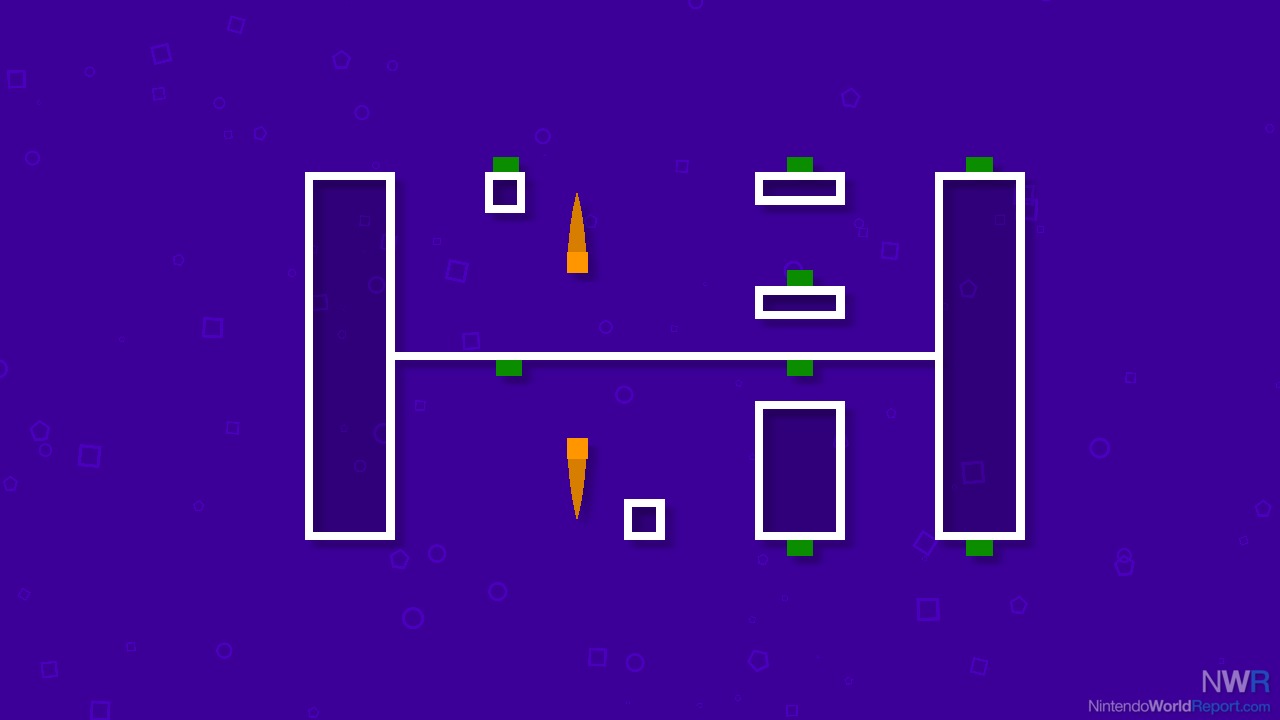 Deleveled’s puzzles revolve around two cubes. Each cube is separated by a line, with a gravity to each side of it. One cube is generally on top of the line and the other is underneath, with physics based on the ground, so to speak. When one cube is moved, the other follows in service of hitting the light switches in a level to reveal the exit. Each switch must be hit in pairs, so one underneath and one on top. The levels aren’t always the same on each side of the baseline, meaning sometimes one cube will be higher up then another. If a cube falls and lands on the baseline, its force makes the bottom cube jump and vice versa, throwing jumping puzzles into the mix.

Using this bounce technique, the cubes can travel over gaps, avoid spikes, and reach heights that may have seemed impossible. Also, the top and bottom of the ground aren’t always mirrored. This allows for one cube to be stopped by say a wall, while the bottom cube can keep moving. The puzzles get more advanced with a ramping period that starts simple and slowly progresses to what seems unsolvable, but it does a good job of teaching you new techniques as you go, so rarely are you stuck for too long. 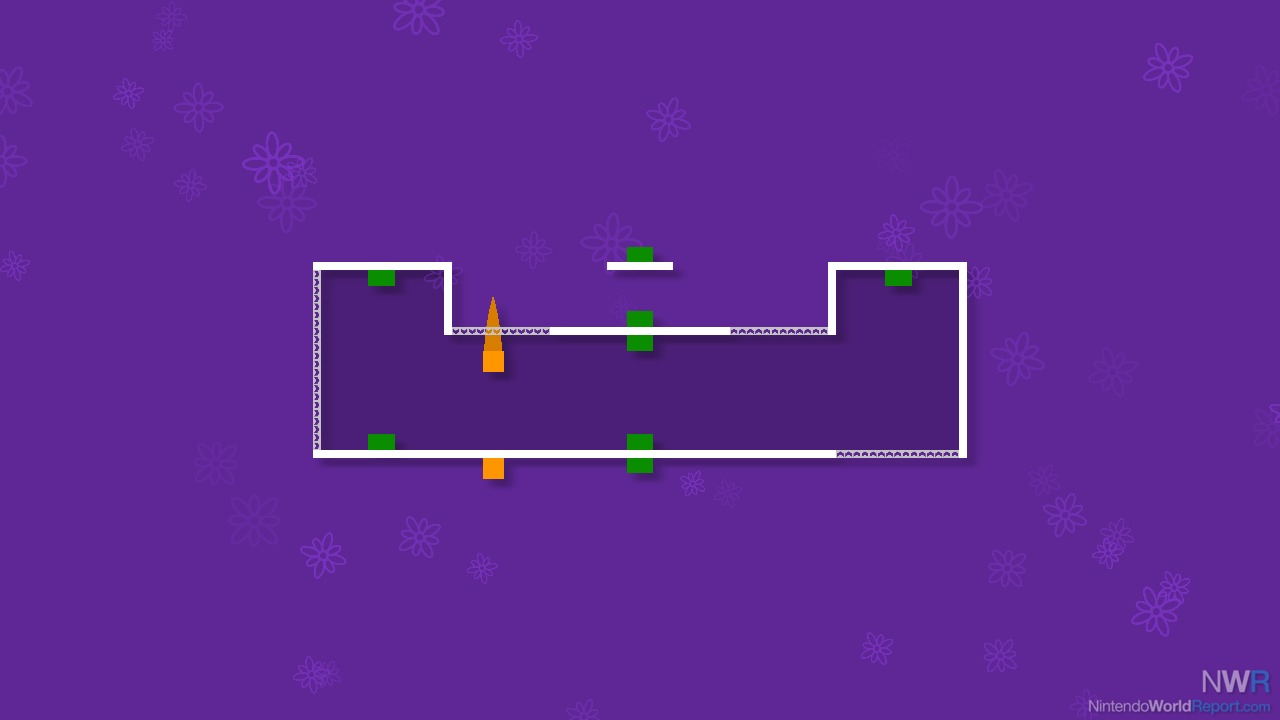 There are 10 worlds with 10 levels each, with two bonus levels that can be unlocked. Within each world are additional mechanics, such as one way barriers, world rotation switches and gravity reversal switches. I always felt like I was learning new things and each puzzle felt like an “aha” moment. If you are able to finish a puzzle without resetting your cubes or dying you receive a bonus star for your efforts, which can be used to unlock bonus levels in each world. It’s a carrot on a stick that creates a need to not only finish a level, but to reset and do it perfectly.

While it has some clever puzzle designs, the game still feels very finite with its overall range. The aesthetic stays roughly the same world to world, with just a color palette swap and chiptune song change. This also means that for the length of time it takes you to finish all 10 levels, the same song is playing the entire time. This tends to get grating and I found it encouraged me to take breaks, if only to get away from the music for a bit. With the aesthetic being the same, I never felt like I lost a beat by stepping away and coming back.

Deleveled is a simple collection of puzzles that delivers clever design characteristics over a clean aesthetic and poppy chiptune soundtrack. This works in making the gameplay clear but lacks further charm that could make this an addicting can’t put down affair. Much like a book of sudoku, your mileage may vary.