The word play in its title isn’t the only thing going for this roguelite.

Going Under is about an intern beginning a new job at a startup company named Fizzle. She expects to be working in marketing, but her employer has different plans. You end up being tasked with clearing out a number of dungeons underneath the building that consist of failed startups, populated now with workers-turned-monsters. There’s humor in the writing and vibrancy in the presentation, and the art style works well for action-based combat, but is this a position worth applying for?

Intern Jackie meets her colorful co-workers on day one at Fizzle, but much to her chagrin, she isn’t assigned any actual marketing work; she’s tasked with slaying monsters. Above ground, it’s business as somewhat usual. The other staff are hard at work on the latest carbonated beverage and the day-to-day operations of the company, and you’re stuck with cleaning duty: clearing out three different dungeons of creatures themed according to their own failed business, like a dating site and a cryptocurrency outfit. The story and world of Going Under provide a compelling backdrop for what is essentially a roguelite dungeon-crawler. 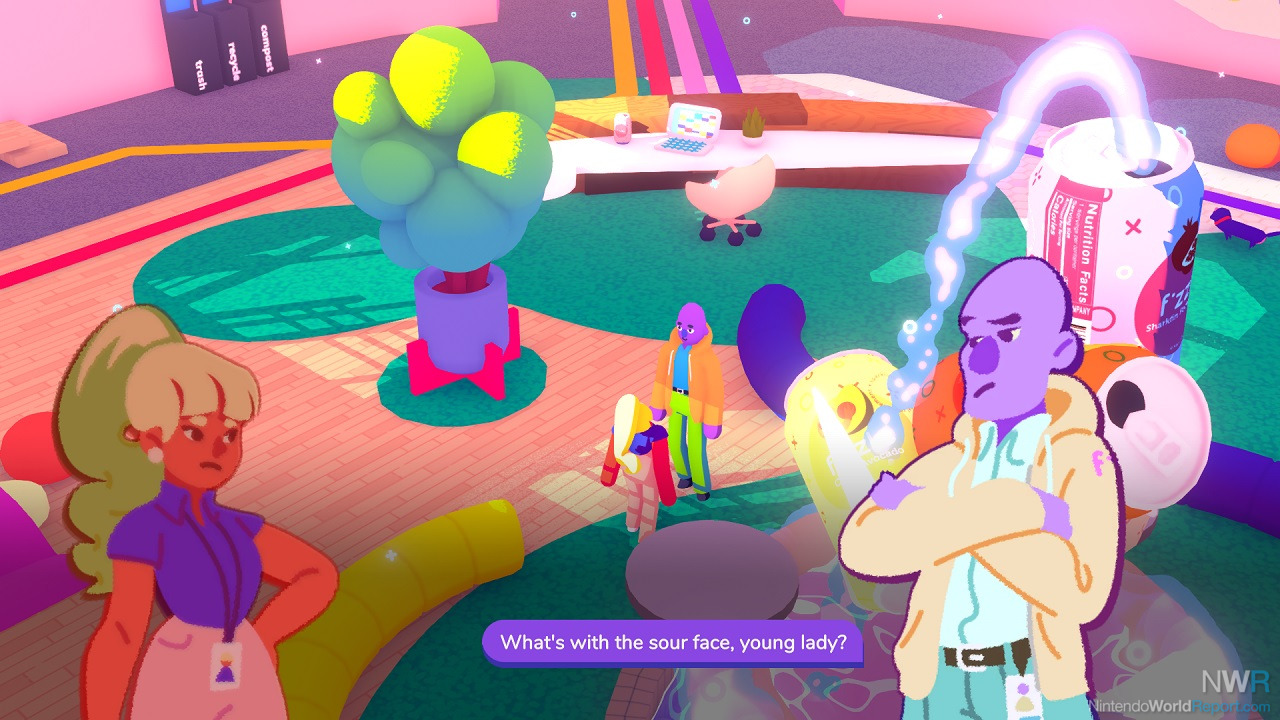 After sliding down into the first dungeon, Joblin, you’ll notice how the first room seems to combine an office space with a traditional dungeon, as laptops and stationery are flanked by torches and spears. Another element that becomes apparent very quickly is that almost everything not nailed down can be a weapon. Jackie can pick up chairs, swords, skulls, fire extinguishers and new items in each dungeon that can be thrown at or smashed into goblins wearing suits, playing guitars, and wielding brooms. You’ll encounter zombie miners, bats, slimes, and other monsters in the other dungeons. Up to three items can be held at once and switched through by pressing the L and R buttons, and you’ll be picking up new ones and switching frequently since weapons break often and different enemies and room layouts call for shifting your armament.

Each dungeon contains three floors, with the final one housing a boss fight. The first two floors involve moving from room to room, about 10 in total, with most involving combat with a handful of enemies. Side rooms pop up that offer free skills that grant a perk lasting throughout the dungeon. You can also find shops to buy health upgrades, health refills, and new skills with the currency earned from defeating enemies. Once or twice on a floor you’ll encounter a room that offers a choice to accept a temporary curse, such as enemy corpses exploding, in exchange for a set of three items. The randomly-arranged rooms add nice variety to each run, and the fair challenge and enjoyable combat make Going Under hard to put down. 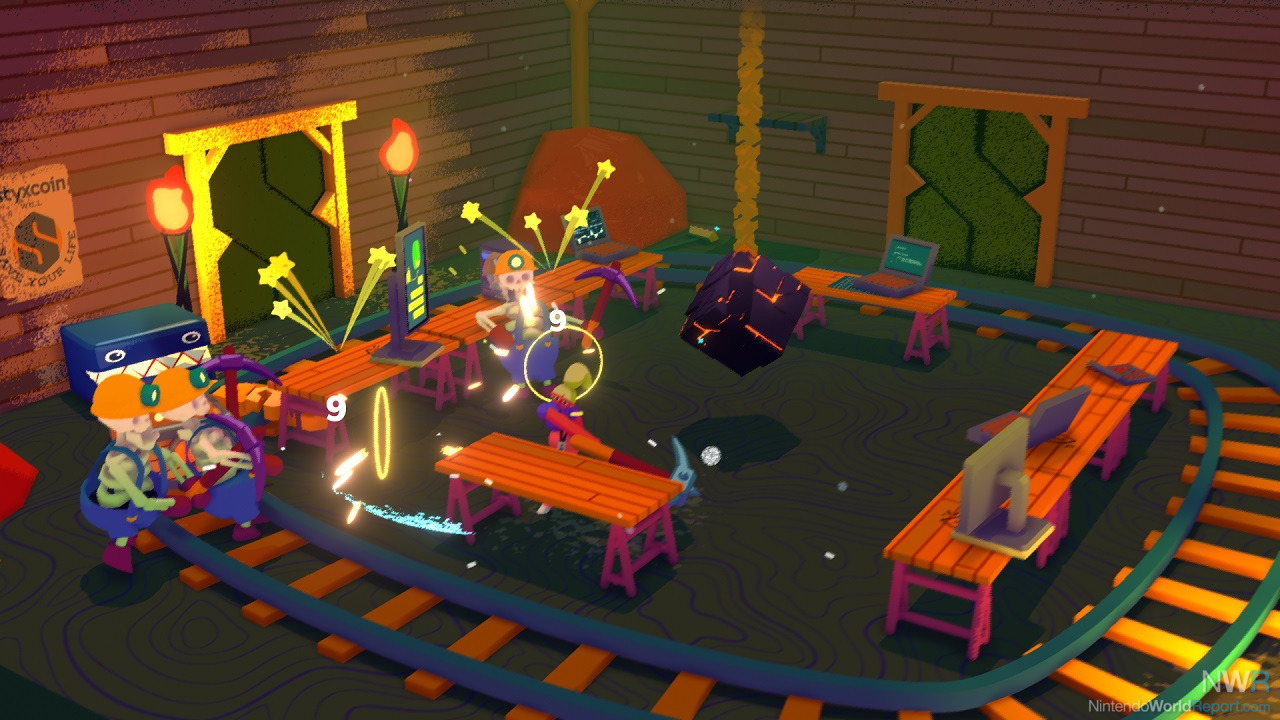 The staff and managers of Fizzle offer side-quests to Jackie that allow her to recruit them as a mentor. You can have one mentor at a time, and they provide their own individual perks such as offering a free item at shops and or letting you hold two phone apps at the same time, which grant their own single or multi-use abilities. Apps can summon a car you can use to mow down minions, or you can blind them with a flash so that you can swoop in with a hockey stick to the face. No two-minute penalty for high sticking in this one, but the skills you pick up in the dungeons can be unlocked through usage so that you can equip any one of them before entering a dungeon. Finally, another currency can be spent to add new skills to the overall pool so that you find them in the dungeon.

With every run through the dungeons, you’ll learn more about the various weapons and enemies you face, and progression comes in the form of your knowledge, awareness, more useful mentors, and expanded options for which skill you want to start with. Going Under succeeds in crafting an addictive, hack-and-slash type of experience, and just when it seems like it might be over, it takes another step for those who really want a serious challenge. The workplace setting adds a unique charm to a genre that feels over-represented on the eShop these days. Ultimately, those seeking a satisfying challenge with dynamic dungeons will find a job opportunity worth applying for. A variety of accessibility options, such as increased health and longer invincibility after getting hit, can help less experienced applicants, too. Even if Fizzle is in danger of Going Under, it’s worth taking a long look at their job posting on the eShop.