Shoot from wall to wall in this Switch eShop platformer.

In its first impression, MO: Astray seems like a lot of other indie games. First released on Steam last year, it’s a 2D platformer with a dark aesthetic and a mysterious backstory. It stands out from that crowded field, though, with a unique hook that it keeps finding new ways to employ along the way. 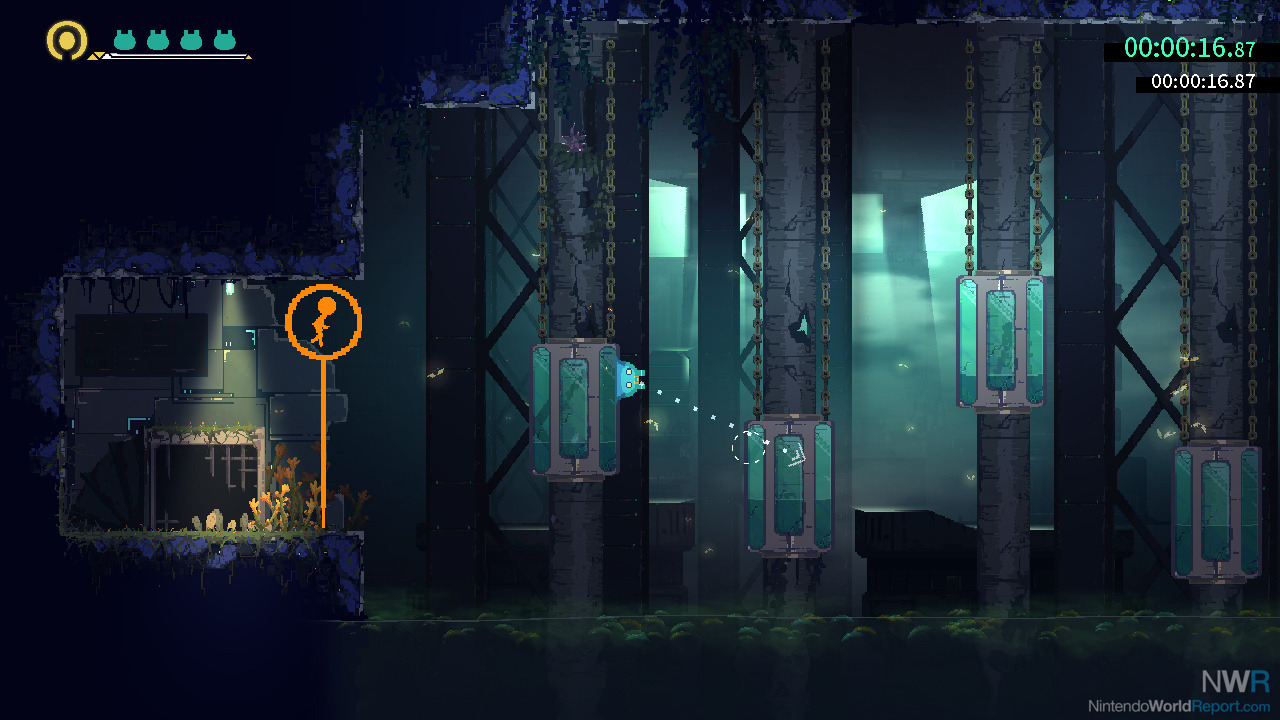 In MO: Astray you control a blue blob, a product of a mysterious experiment the game reveals more about as it goes on. The blob can slowly walk but primarily moves by shooting itself off in one direction, which you can aim with the right stick. You stick to surfaces, so traversing the environment often involves jumping onto walls and ceilings to get where you want to go bit by bit. The dark, cavernous landscapes that make up most of the level design look very nice in contrast with the brightness of your blob, but do occasionally make it hard to see platforms.

Once you’re used to the basic movement, things get more and more complicated. The first big change is a double jump, allowing you to stop in mid-air briefly and shoot off in a different direction. This allows you conveniences like climbing up walls, but also results in the level design requiring greater precision. The pure platforming is also broken up with environmental puzzles, requiring you to hit switches and move blocks to advance to new sections.

One of the more interesting mechanics introduced along the way is the ability to possess enemies by flinging yourself onto their heads. This can be required to solve puzzles and move across hazardous areas, in addition to completing combat scenarios. There are also areas where you have to switch between two separate blobs to navigate an area. 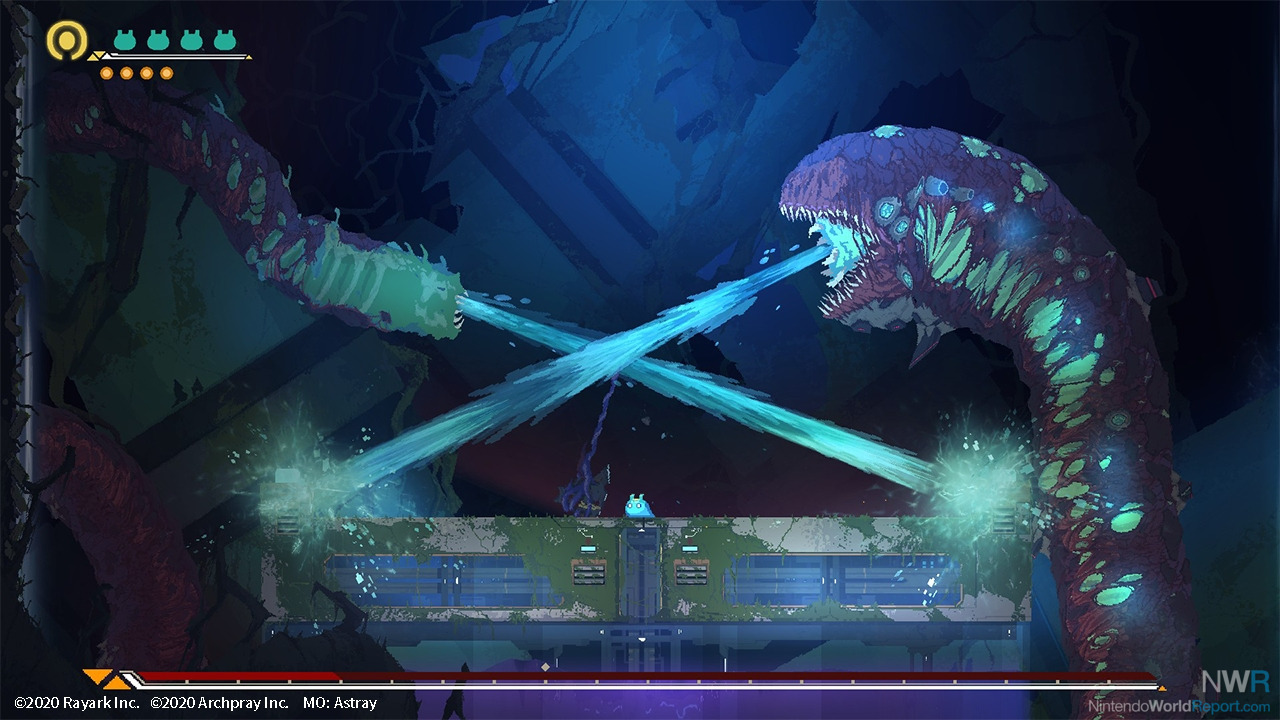 While some of the platforming challenges and puzzles can be difficult, MO: Astray offers very frequent checkpoints, which minimizes frustration. Just about any time you clear a puzzle or get past a platforming challenge, and even sometimes mid-boss battle, your progress is saved. You can also increase your available health by finding collectibles that give you bits of lore about the world, though most deaths you’ll encounter, via falling in pits or hitting spikes, are immediate no matter how much health you have available.

MO: Astray has a clear, creative premise, and its ability to stay fresh by introducing new ideas every time you think you’ve mastered it keeps it compelling the whole way through. On an eShop full of platformers, this is one of the better examples to come along in quite a while.