A lovely, but sometimes disturbing platformer.

I wasn’t completely sure what to think of Inmost when it was briefly shown in the recent Indie World presentation, but whatever I thought did not prepare me for what it turned out to be. Inmost is a side-scrolling platformer at heart, but it tells a dark and tragic story that at times had me sympathetic, anxious, scared, and even a little teary-eyed by the end.

You play as three different characters, each in their own setting: a middle-aged man in a maze-like area, a knight in lonely landscapes, and a young girl in her home. While their stories do eventually intertwine, they all play very differently: the man’s gameplay is similar to something like Limbo, where he must use items, tools, and some basic platforming to move forward. His area has a bit of a Metroidvania undercurrent, as every item or tool the man finds can be utilized throughout the maze. The man can also find collectible small white crystals that can be traded to an NPC for more background on the story.

The knight is combat-oriented, fighting hordes of blob-like enemies and using a grapple to travel across gaps. The knight serves a foreboding-looking entity who collects “pain,” embodied as small white crystals--but they seem to have a different meaning from the man's crystals. The combat is satisfying, if a bit rote, but there’s a dodge roll and a combo attack to keep things interesting. It helps that the knight’s sequences don’t overstay their welcome.

The little girl’s gameplay is similar to that of the man. She’s wandering around her house, having adventures with her stuffed rabbit, who has imaginary conversations with her. Her sequences largely involve finding items and pushing or pulling chairs and boxes around in order to climb to higher areas, like a high shelf or the attic. The little girl walks slowly and her while her segments tend to take too long, her story is the most immediately anxiety-inducing and give context to the man and the knight.

I can’t say much more without edging into spoiler territory, but I’ll say that Inmost is one of the darkest and most emotional games I’ve played in a long time. It tackles a lot of difficult, tragic subject matter and I was surprised by how invested I became as the three storylines began to coalesce. If you’ve seen the 1980 film Ordinary People, that’s the road this game is going down, although it takes things further than that movie did. 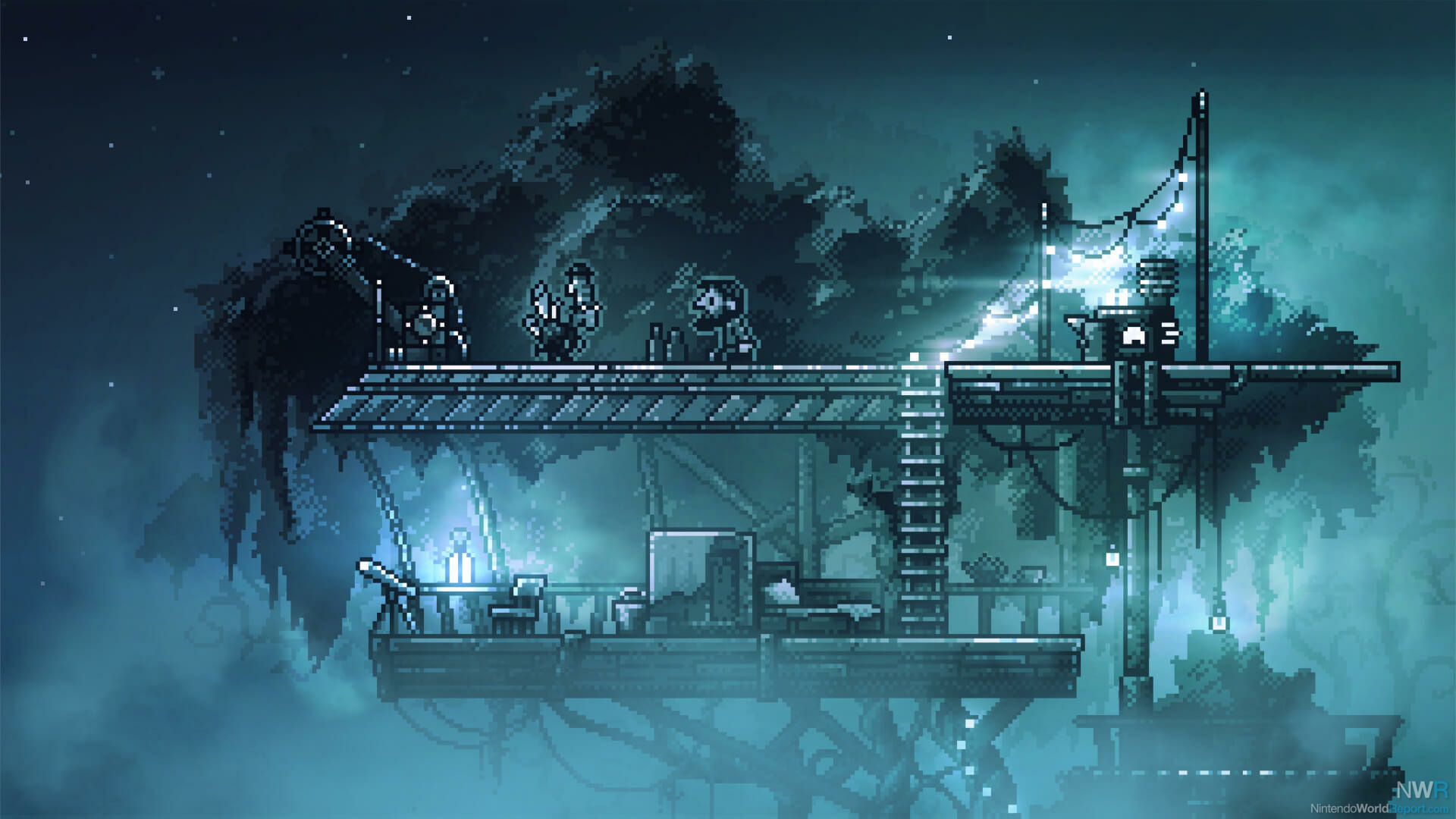 It’s a short game, barely clocking in at four hours, but uses its runtime well. The man’s gameplay was the most satisfying for me; however, much like Limbo, you’ll often be killed by things you don’t see coming or by puzzles you have a hard time figuring out; thankfully, death doesn’t set you back very far. That said, I don’t know what purpose death—in the man’s and knight’s stories—even accomplished, and Inmost might be a better game if that gameplay concept had been abandoned (a la Wario Land 2). The pixel art is incredibly beautiful, especially the backgrounds, and the developers pull amazingly emotive performances from the simplistic pixelated characters. Where narration occurs, it’s generally good, but...

Just as you begin to see how all the storylines intertwine, Inmost goes into an extended final cutscene where a narrator tells you explicitly what’s going on, which I didn’t love. I had already put together much of the puzzle myself, and I would have much preferred to watch that cutscene without the voiceover. Despite that, Inmost more or less sticks the landing, and just when you think things can’t get more tragic, there’s a ray of hope as the credits roll that brought warmth to my cold, cold heart. Though the gameplay may have some imperfections, Inmost is greater than the sum of its parts by way of its narrative, and for that reason alone, I highly recommend it.

I'll include a list of the topics this game delves into in the Talkback thread, as I suspect it may be upsetting to some folks.