Crunching the numbers in about 300 ways.

Everybody has a game series they are known for. Take Jupiter for example. They are mostly known as the guys that make Picross, a craft that they nailed to perfection. In the Nintendo Switch space, you have more developers with that same approach. Rucky Games is perhaps a name you haven't heard before, but they have a puzzle series to call their own. Over the last year and change, they have developed five Sudoku Relax titles. Each of them gives you instant access to 300 puzzles, spread across three difficulties. Every game takes on a different theme with music and effects to boot. The result, a surprising amount of value for money.

Sudoku is a puzzle form that is extremely relaxing for me. It is something you can put on, finish a bunch in rapid succession and feel completely satisfied. It is about making it click in your head and ensuring that all the numbers line up. Sudoku Relax encourages that style of game, giving you the tools to look over the puzzle at a glance. The player can quickly select the number with the shoulder buttons, see what has been filled in and go from there. The whole set-up is effective, leaving you always two steps ahead. 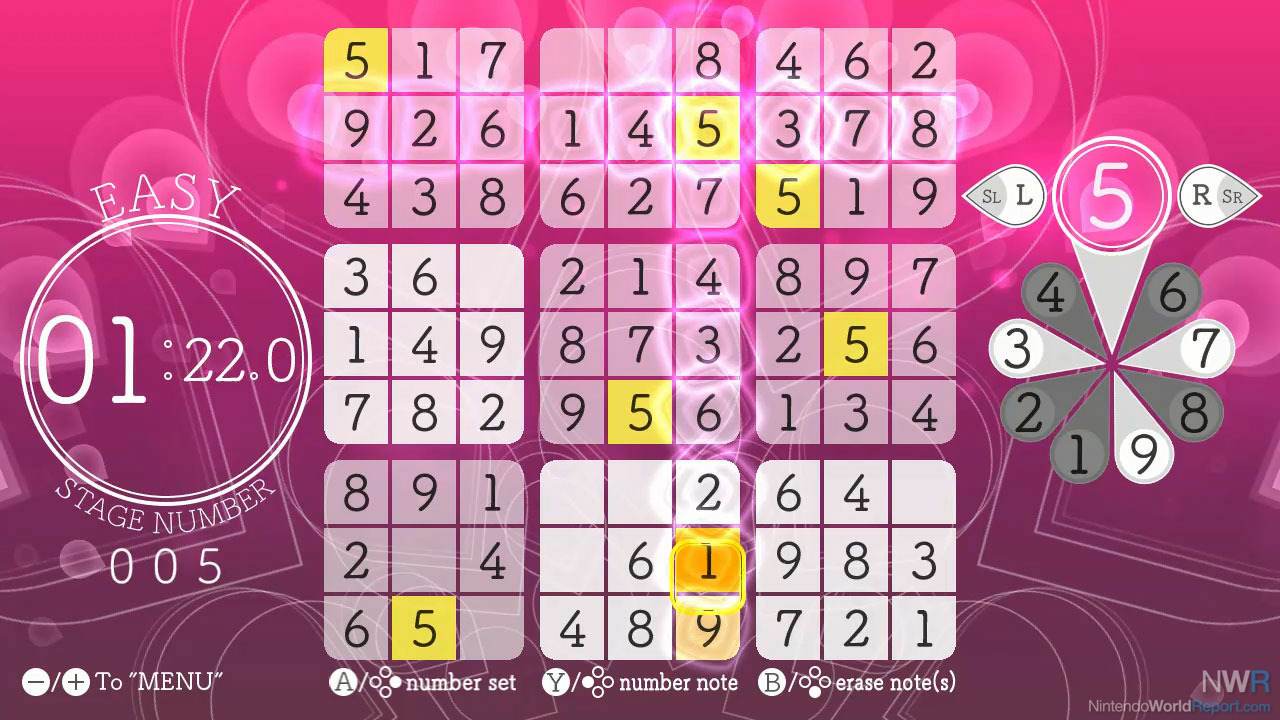 With 300 puzzles, you will always have to wonder if the quality of the brainbusters hold true. What I found with Sudoku Relax 5 is that the curve is quite elegant. The game kicks off with puzzles that can be completed in two hours, and quickly gives you less clues over time. Even a novice at Sudoku can pick up on the signs and learn as they go. The puzzles have variety, which is always a concern when theming remains the same throughout.

That is perhaps the biggest negative when it comes to Sudoku Relax. The theming is nice, though quite underplayed. It remains the same pinkish background, with more effects and music becoming available over time. The synth music isn't half-bad, though the effects can be a bit overbearing sometimes. The game becomes active every time you fill in a line, wrap a number or complete a block. Particularly at the end of a puzzle, too much happens in quick succession. Sadly, there is no option to turn them off. 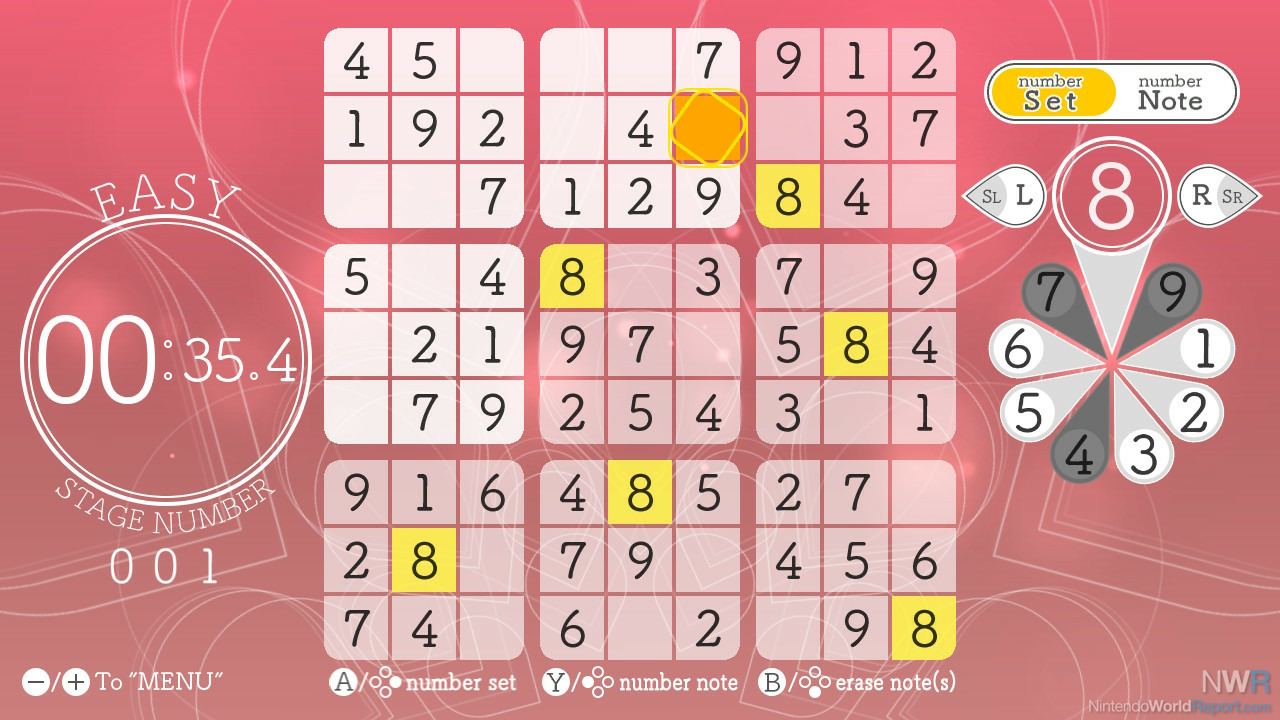 Sudoku Relax 5 Full Bloom offers a lot of value. With 300 puzzles, players will be engaged for quite a while and have simple fun throughout. The controls are quite solid, though the effects in the background can be a bit too much. What's worse is that you can't turn them off. I find that quite an oversight, particularly how much the effects play a role in all of this. Still though, if you love some Sudoku, this game can do no wrong.