The Samurai Shodown is not a thing with a big wheel that determines who goes on to the Samurai.

SNK collections are not a new thing for Nintendo platforms: the Wii had plenty of them, and after laying low with everyone else on the Wii U, they’ve come back strong on the Switch. The Samurai Shodown NeoGeo Collection was a natural follow-up to the modern version of SamSho that launched on Switch this year, combining seven different renditions of the first major weapon-based fighter of the ‘90s into one package. Calling in the preservation bulldogs at Digital Eclipse also shows SNK’s dedication to putting out a quality product, and despite these games being SNK through and through, it’s still a strong collection of hardcore fighters. 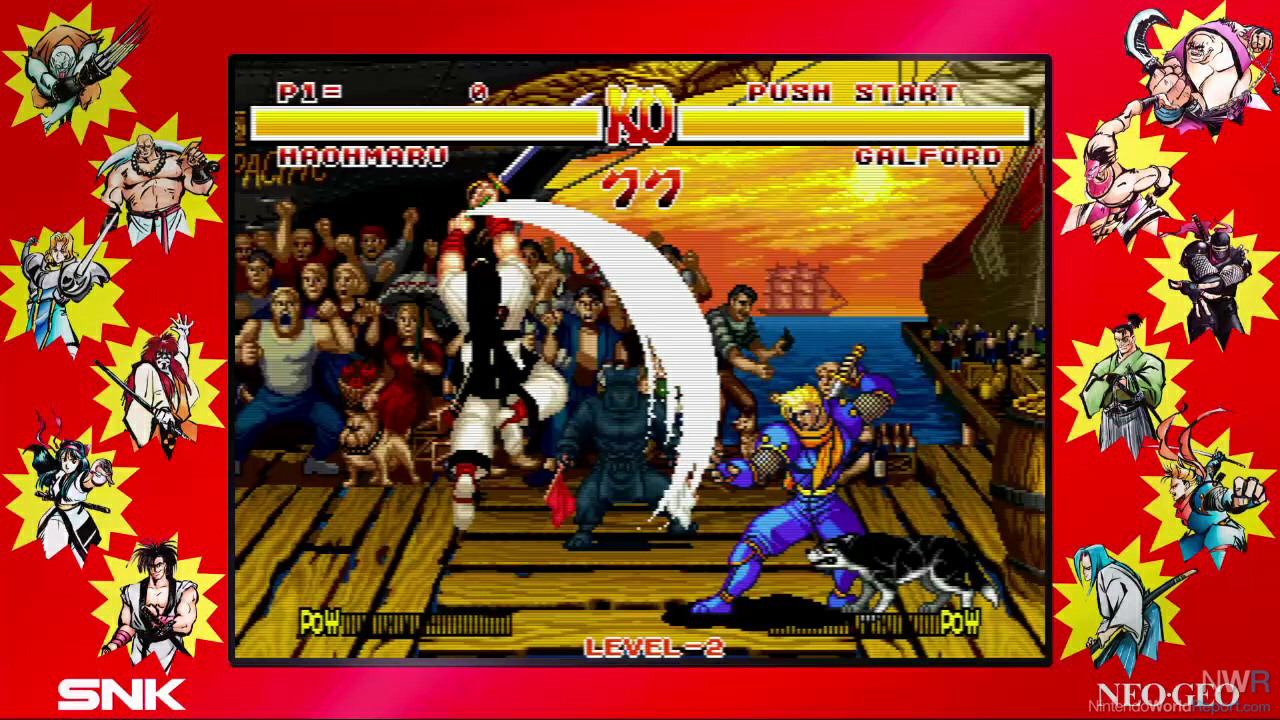 Haohmaru is not a fan of the doggo, apparently.

The game is centered around the six games that were released on the NeoGeo platform between 1993 and 2004, plus a new version of Samurai Shodown V that made it as far as halfway through an arcade location test before corporate meddling spiked it. Samurai Shodown is fundamentally a weapon-based 2D fighting game with characters ranging from ninjas to a French knight to a dog-wielding warrior from the USA and every freak in between. The characters tend to play the same across their appearances, so I was able to take the knight Charlotte starting in the original and play similarly with her across the whole series (except for III, where she doesn't appear, much to my chagrin).

There’s a major difference between the first four games in the series, which came out in the 1990s, and the Samurai Shodown V line that came out in the early 2000s: the first four have light, medium, and heavy attacks + a kick as the four face buttons from the NeoGeo pad while the Vs devote a button to “lying down.” The collection allows for the controls to be fully customizable on a per game basis, as well as setting different difficulty options such as the length of matches and how many matches you have to win to continue in the Arcade mode of the V games. The options for actual fighting are the simple Arcade (story) mode, as well as local and online multiplayer matches. Unfortunately, I could not test online in any of the games to see how the netcode holds up as I spent multiple hours waiting for matches without being able to find an opponent. The developers have confirmed rollback netcode is present, which should provide a smooth online experience if you can find a match. I suspect the fact that the game came out on PC more than a month before it was on Switch AND was free for a time might have something to do with this.

Two common items in SNK fighting games are more complex commands and incredibly difficult bosses. They’re both here in spades in this collection: each character seems to have at least one special move that is “half circle back + right + two action buttons” or something crazy like that. Trying to pull off some of these moves with analog sticks or the Pro Controller d-pad / Joy-Con directional buttons is hellacious: a fighting stick is definitely recommended if you’re taking this game seriously at all. It’s not possible to button-mash through a computer stomp here either, because the bosses range from difficult to “this (string of expletives deleted) is reading my inputs” even on the lowest difficulty level. As an experiment, I tilted Samurai Shodown V in my favor as much as I could - difficulty 1 on a 1-8 scale, only having to win one round while the CPU had to win five - and I still couldn’t get past the fight with the character who can transform on the fly. 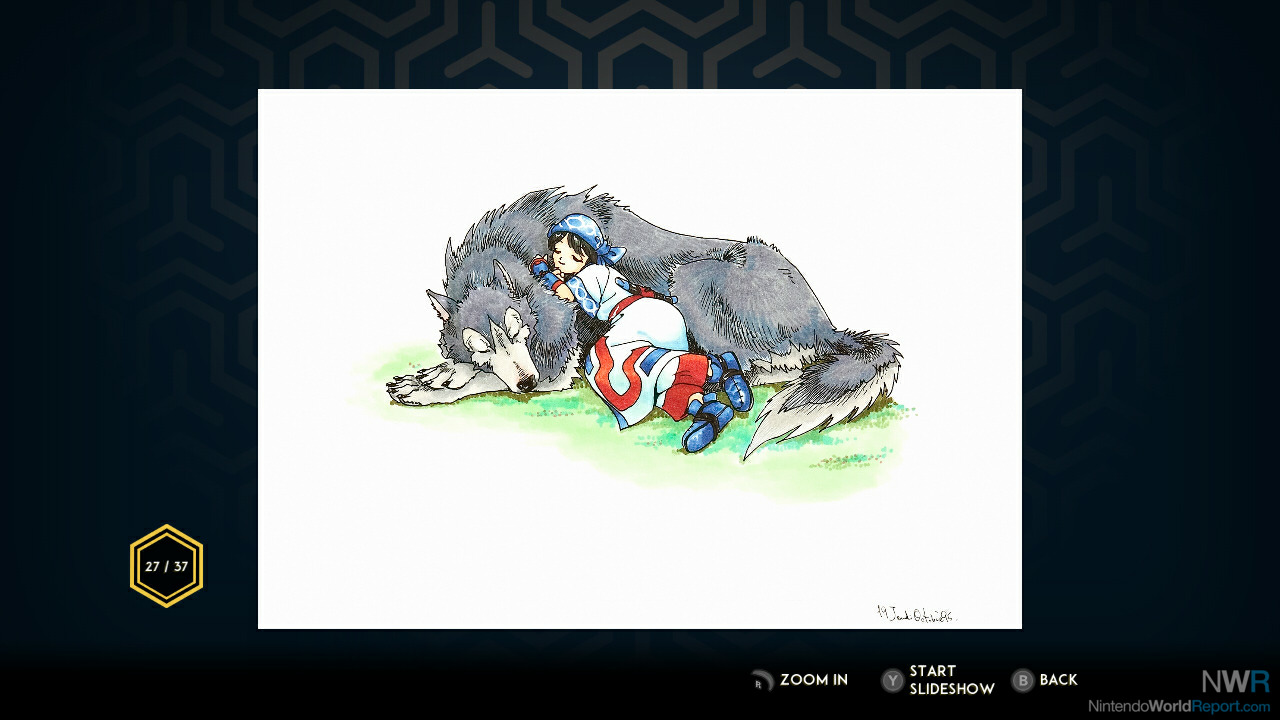 A rare moment of cuteness from the concept art.

Digital Eclipse went to absurd lengths to find supplemental material for this collection. In addition to full soundtracks for all of the games, there’s multiple pieces of concept art for practically every character and even ending storyboards, and given the difficulty of the bosses, this might be the only way I see some endings. Another extra I had fun with was the demonstrations of high level play for each game, complete with a guide to what’s happening in them, though the videos aren’t all that big even on a rather large TV. I had to watch them on a TV because handheld mode made them even tinier.

I hadn’t played Samurai Shodown in any form since a torrid weekend with the Super Nintendo port of the original sometime in the mid-90s, but I was always intrigued by the series from afar. To that end, I’m glad that the Samurai Shodown SNK Collection was a 10 in terms of my quest for knowledge and also has some good fighting action behind it—and by default it’s less expensive than buying the games piecemeal in the Archives.

A review code was provided by SNK.