Namco Museum games have been a mainstay on consoles dating back to the ‘90s, with a Switch version coming out in 2017. However, this more recent duology of Namco Museum games are a little bit different. The recently released Namco Museum Archives are based primarily on NES and Famicom ports of Namco’s classic arcade games. Largely, that makes for less-than-ideal versions, but some rarities and new content manages to make each volume interesting. Since both packages are sold separately (at least in the west), the reviews will be separate as well. Here's our review of Volume 1. 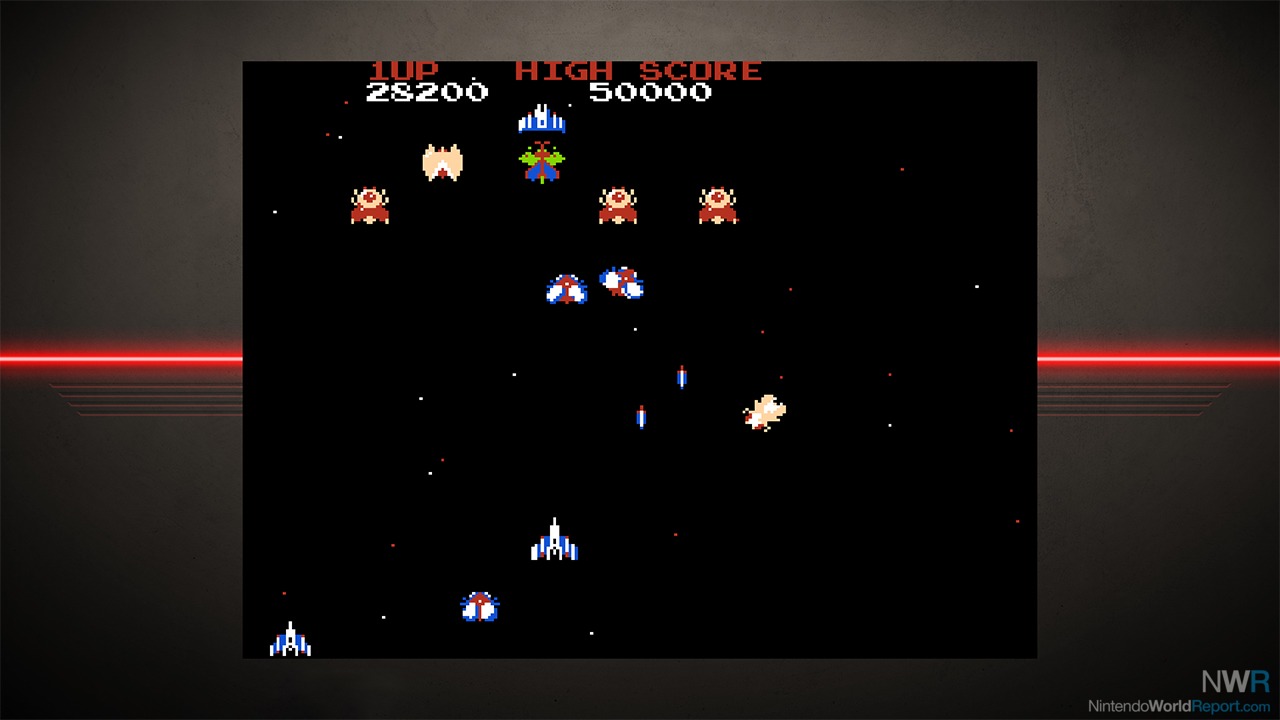 Namco Museum Archives Volume 2 is pound for pound the more diverse collection compared to the first volume. The games are made up of far more than downsized ports of arcade games for NES and Famicom. Not every game is a winner, but with previously Japan-only games like Battle City and Super Xevious and hard-to-find games like Legacy of the Wizard and the Game Freak-developed Mendel Palace, this is a much more enticing historical package with some hidden gems. It still has the same bizarre rewind feature from the first volume where you press a button that lets you rewind a little bit. It remains one of the weakest rewind implementations in a retro collection.

The new game in this package is a new console conversion of the arcade game Gaplus. While not as novel as the NES-styled demake of Pac-Man Championship Edition, this classic Namco shoot-'em-up plays great in its newly-created console port. It pairs well with the NES port of Galaga also included here. 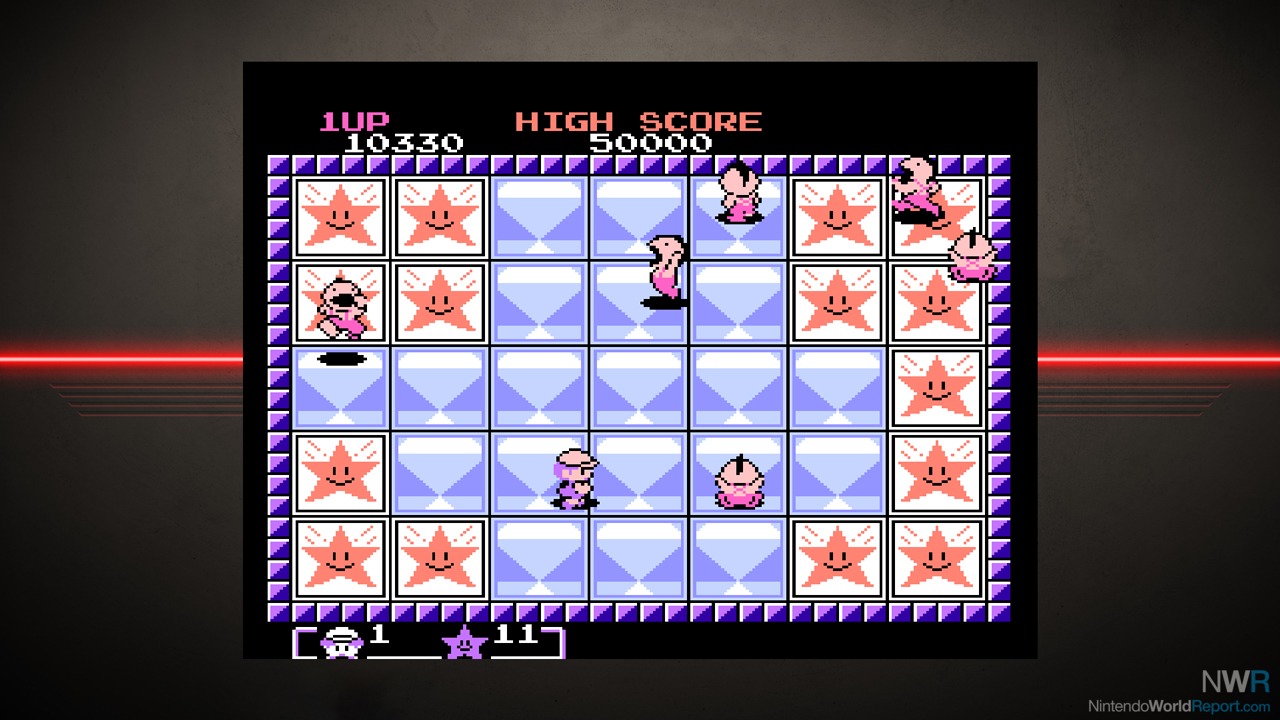 My personal highlight is Mendel Palace, which is a great game on its own before you dig into its history of being the first game from Pokémon creator Game Freak. Due to that, the graphics feel similar to the early Pokémon games. The gameplay is far removed from an RPG, though, as Mendel Palace is a level-based puzzle game of sorts where you walk around a grid flipping tiles to try to ward off enemies. The mechanics are simple but the way the concept keeps getting twisted and toyed with is enjoyable. I’ve always wanted to check this game out, and the wait has been worth it.

The rest of the games are at least interesting in some capacity, even if not all are standouts. Until this release, Battle City never made it out of Japan. It's weird that it never showed up earlier, because Battle City is a cool little game that shows off some sort of a proto-tower defense gameplay. You control a tank trying to defend a base and roam around a destructible single-screen corridor maze to take out other tanks. I had fun messing around with this game even if it wasn't particularly mind-blowing. 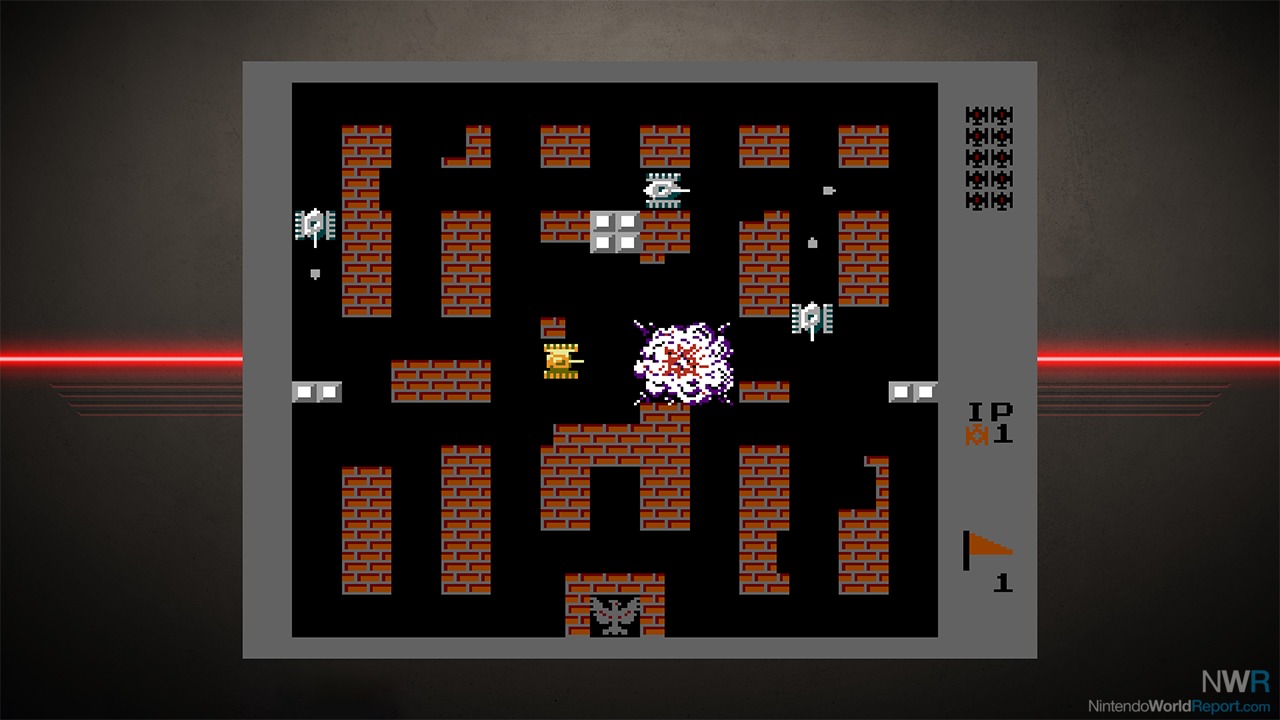 Super Xevious is another previously Japan-only release, but after playing it, I can see why it never was localized before and also why it was a critical flop on Famicom. This is a bold sequel to Xevious (and is not the same as the arcade game Super Xevious) that retains the vertically scrolling shooting of the original. However, every stage apparently has a puzzle you have to solve before you can progress. The concept is neat, as you have to figure out what you have to do to progress, whether it’s defeat specific enemies or pass through a certain part of the screen. If you don't solve the puzzle, the level just keeps looping. What is frustrating is this collection tells you absolutely nothing about this part of the game. Outside of a sentence or two when you click into a game, there is no explanation. Most egregiously, nothing about Super Xevious’ puzzles is mentioned anywhere in the collection or in the game itself. A lot of these games are dependent on instruction manuals and it's confounding nothing exists in the menus to explain some of these games.

This issue makes a potentially cool game like Dragon Buster II a chore to work out. Once I actually realized how the game progressed, this weird Zelda-like game did become enjoyable, but that involved online research that is made harder by the fact that most of these games never came out in America. This issue even extends to some of the more complex games that did come out in America. Legacy of the Wizard, a Falcom-made game that features multiple playable characters and an expansive Metroidvania-esque open-ended progression, is borderline incomprehensible without explanation. Unless you seek out a guide or the original instruction manual, it's not easy to work out what you are trying to do in Legacy of the Wizard. Thankfully, help for this game is easier to find online.

Some games don't really need much explanation, like Pac-Land. The NES version never made it to America, but we didn’t miss anything. This is a profoundly bizarre platformer where Pac-Man moves left and right with the A and B button and jumps with the D-pad or analog stick. The only novelty is that it has backwards controls and also it influenced a Super Smash Bros. stage. 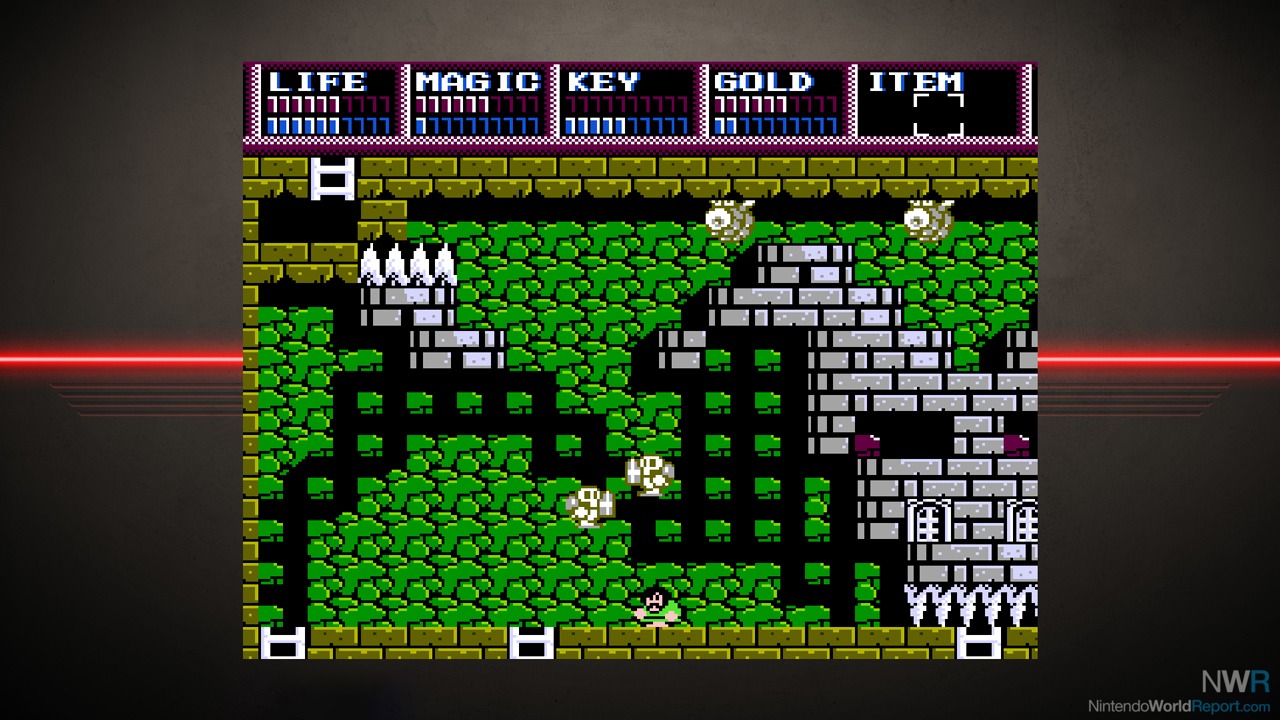 Rounding out the rest of the games are Rolling Thunder, Dig Dug II, and Mappy-Land. Rolling Thunder is a side-scrolling action game where you control a slow man with insanely long legs and fire at enemies with a gun. It’s okay at best. Dig Dug II actually changes up the gameplay from the original. In lieu of the vertically-scrolling digging, the perspective shifts to a top-down perspective where you have to dig lines in the land to knock enemies off into the water. It’s a little janky, but a neat game. Mappy-Land is more Mappy. Aside from cute animations involving cat toys, I can't say I enjoyed playing it.

While the second volume of the Namco Museum Archives has a wider variety of games, it still has a number of clunkers. Because of some of the complexity and rarity of these games, the barebones content outside of the games in this collection is stretched thin. This is a key example of how historical context and museum-like extras could have enriched an assortment of games that never saw a release outside of Japan. Mendel Palace is fantastic, the brand new Gaplus console conversion is neat, and potential exists with games like Battle City and Dragon Buster II, but overall, Namco Museum Archives Volume 2 is more of a missed opportunity at telling players why these games are worth experiencing as opposed to something that must be experienced. With even the tiniest bit of TLC to include some explanation about what these games are and why we should care, this would be a surefire recommendation.