This is a profoundly dumb video game and I love it.

The new Nintendo Switch sports game Behold the Kickmen made me look inward as I scored goals and did other soccer things. Are sports pulled down by nonsense rules? Are video games dumb? Does a game need to be really well made to be enjoyable? My mind raced because Behold the Kickmen is a joke of a video game designed by a man who proudly states he doesn’t know the rules of soccer. This is a gag gone too far, emerging from a game jam project. It is a satirical wonder. But at the same time, the game is sloppy and messy. Controls are weird and the play is slow. As I was enveloped by this wacky escapade, I reached a conclusion: Behold the Kickmen’s beauty is in its silliness and parody. This skewers aspects of sports video games and does so with style. It does not play all that smoothly and it might be frustrating, but that’s not the point. The point is to be funny, and Behold the Kickmen is a hell of a bit. 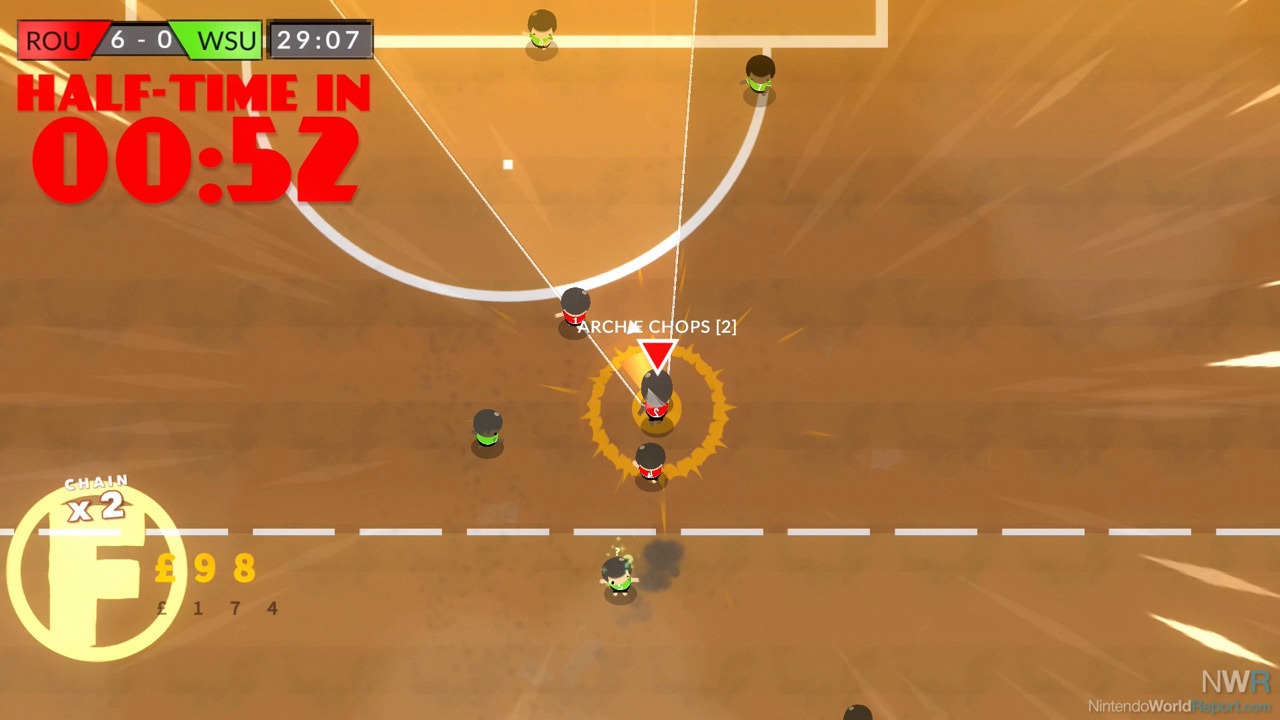 The centerpiece of Kickmen is a story mode, where you create a player and a team and set your sights on beating all the other teams in order to become the champions. Some clever writing sets up the generic run-of-the-mill championship story and immediately you start playing soccer, kind of. See the rules here are essentially a blind man’s take on the sport. Elements are familiar. You pass and shoot. The aim is to score more goals than the other team. But the actual moment-to-moment gameplay distills the sport into absurdity. Offsides happens sometimes, but it just makes half of the court flash red until a timer runs down and if a player is caught in the red, they’re out of the game.

Your first handful of games will be bizarre, as you only earn the ability to pass, shoot, and tackle by winning games over time. After a few games, you will be equipped with all the basic controls. Alternatively, you can just start in “Ultimate” mode where all the abilities are unlocked at the start. Your characters move slow and the player you control is jostled around to be the one nearest to the ball. The tackle mechanic is integral to defense, as you charge up a tackle, aim it at an opponent with the ball, and hope your timing is true. When you successfully tackle someone, you have to time a button press to try and retain possession. It’s preposterous, but it’s actually a fun gameplay mechanic. 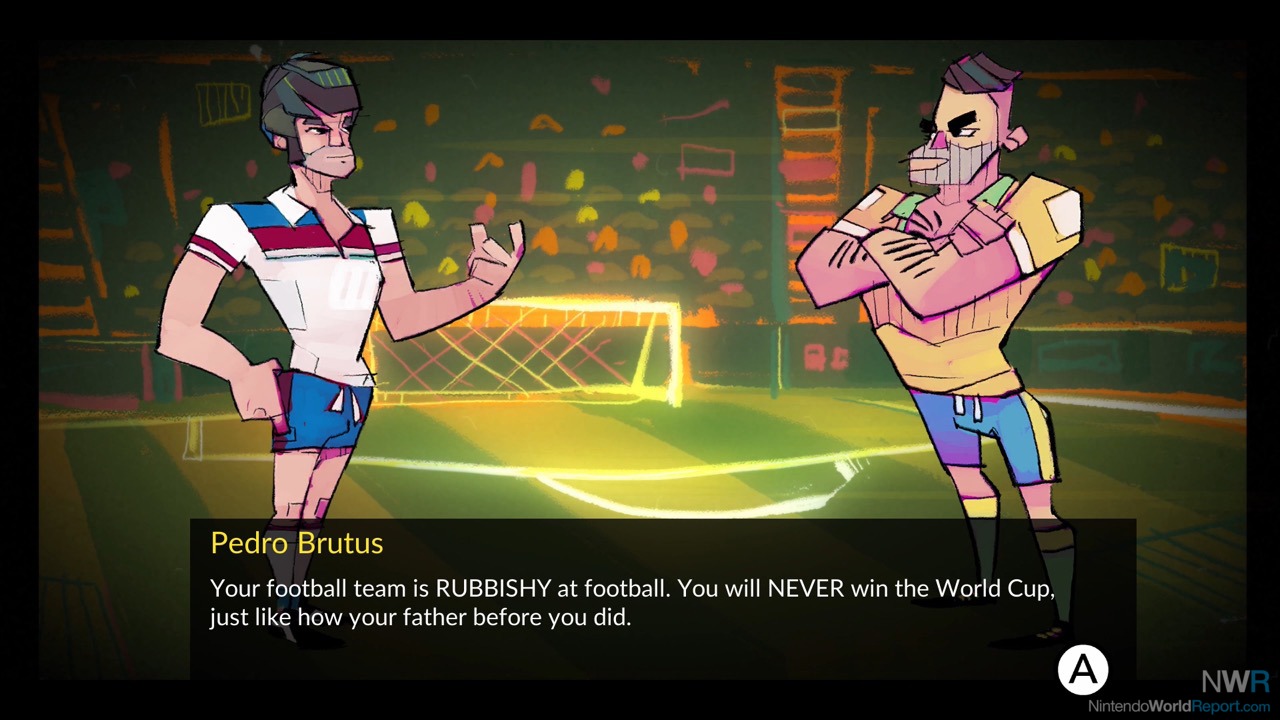 When you have unlocked all the abilities the difficulty generally starts to creep up. You earn money for scoring goals, which can then be used to improve your team’s stats. All the stats are presented in an imminently stupid manner (which is the point), but they are necessary to improving your team and being good enough to compete against the top teams. The amount of money you earn varies wildly depending on your combo meter, which increases as you tackle opponents, complete passes, and take shots. If you score a lot of goals with a high combo meter, you will be rolling in dough, but it’s easy to make little money even while still winning. The fact that there’s no benefit for winning is a bummer.

It’s weird though because fairness doesn’t really have anything to do with the absurdity of this game. Behold the Kickmen is a joke. I’ve taken in most of the arcade soccer games on Switch and this bizarrely plays better than a lot of them despite seemingly not trying to be great. This game is far better than it has any right to be. However, the serious players of the world need not apply.

Despite a few frustrations, Behold the Kickmen is a hilarious and fun send-up of sports video games. If you’re looking for a straight and narrow soccer game, this ain’t for you. But if you want to just giggle at a demented slice of comedy, Behold the Kickmen is incredible. It gripped me to ride out the whole baffling thing to the end of the story, but even if you only play a half-dozen matches and burn out, the very reality of this video game is worth experiencing.