The developers at Unfinished Pixel have already graced the Switch with two solid arcade sports games with Super Volley Blast and Super Tennis Blast. Hearing that their next project was Super Soccer Blast was welcome news. Don’t get me wrong: volleyball and tennis are totally fine sports, but arcade soccer video games are among my favorite weirdly specific sub-genres. Super Soccer Blast nails the feel of the sport, delivering smooth gameplay and easy-to-learn/hard-to-master mechanics. The only major drawbacks are that there isn’t that much to do in single player, but from a raw potential perspective, this is a great arcade sports game. 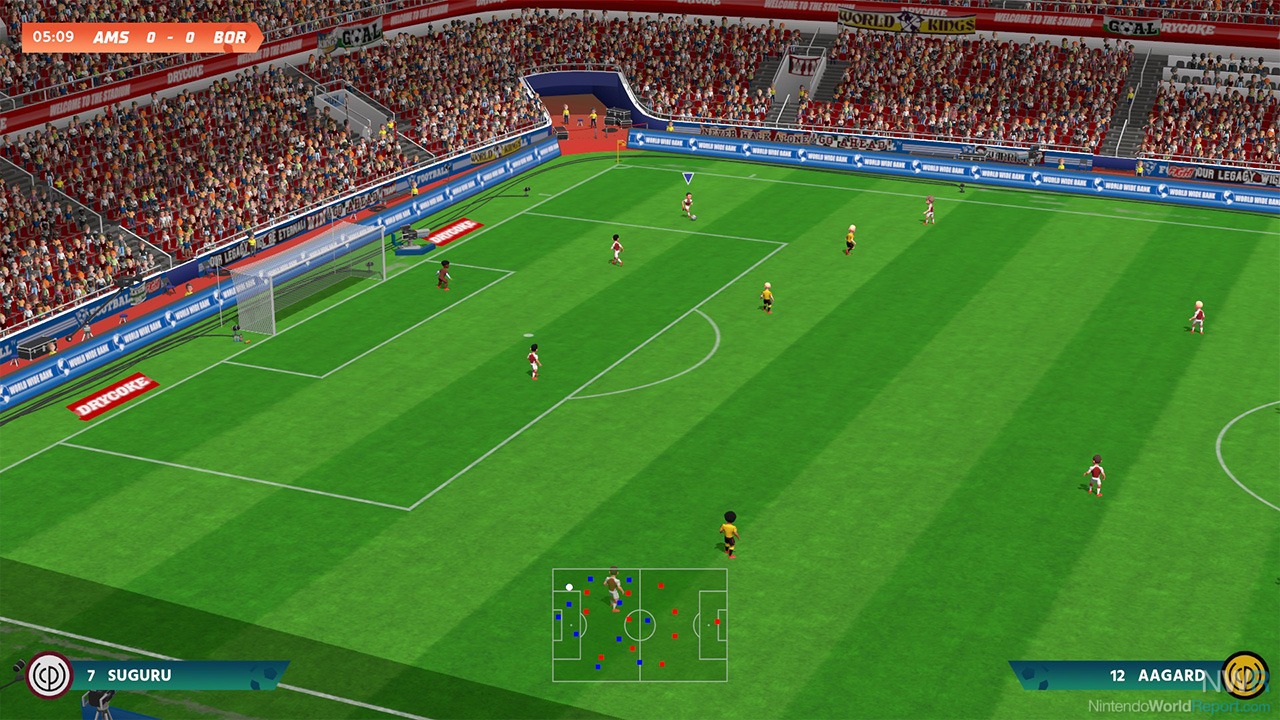 The view is more akin to a television broadcast or simulation soccer game, as it is zoomed farther out and essentially pivots from left to right at the middle of the field. This can make some corners of the pitch hard to navigate, but thanks to the cartoony clarity of the players, I never got lost in the fray. Controls involve simply pressing or holding buttons to pass or shoot. Two control options exist that basically just differ in whether you want to place shoot on the Y button or the A button. Customizable controls would have been ideal, but the overall simplicity doesn’t make it much of an issue.

Most importantly, the feel of passing and shooting is great. It’s a hard thing to describe, but a lot of arcade soccer games just don’t feel fluid. Super Soccer Blast excels by having players react smartly to your moves. Setting up one-timers and headers is challenging, but not a high-level ability. The power meters that charge up when a button is held increase quickly, which took a little getting used to, but I grew to appreciate how nimble the execution of those actions became as I grew accustomed to the sensitivity.

The variety of difficulty options is welcome, with some of the lower levels being on the verge of absurdly easy, but thankfully the challenge ratchets up at the top. Having that breadth of challenge is always key for these games, since nothing is worse than being frustrated by a game you’re learning. Lower difficulties permit you to mess around without as much irritation. 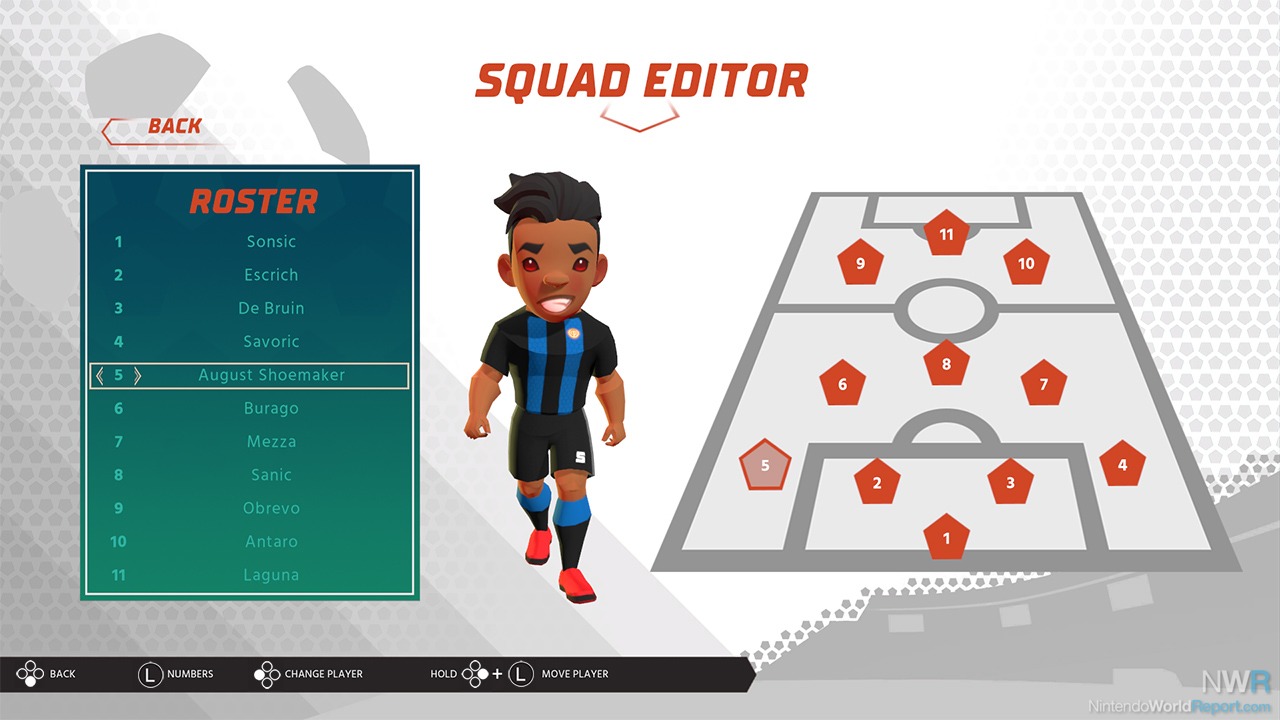 Of course, this only goes as far as the content goes, of which Super Soccer Blast doesn’t fully deliver from a single-player perspective. World Tour mode offers five different cups where you journey through a mix of scheduled matches and tournaments with pre-generated teams based on different countries and leagues. The option to make your own custom cups and tournaments exists, but this is where some of the simplicity gets in the way of lasting solo content. The teams are all the same statistically, so everything is dependent on your skill level. That’s great for multiplayer play, but a little deflating by your lonesome. You can create teams and players to your heart’s content, but each one plays the same. Apparently my new thing in sports games is to make teams based off of Final Fantasy 6 and 7, and thus I was able to make Cloud Strife a mean-mugging striker, but he wasn’t any different from the striker on the Netherlands team ultimately.

The bright side to the way the teams are structured is that it’s fantastic for multiplayer play. In a word, Super Soccer Blast’s multiplayer rules, offering support for up to four players across two teams. The approachability of the controls makes it great for all skill levels. It’s all local only, which is fine because the play is at its best on the couch. If it weren’t for the current state of the world, Super Soccer Blast would assuredly enter my friendly couch multiplayer rotation. It’s likely the best indie arcade soccer multiplayer game on the Switch to date.

Super Soccer Blast is a top-shelf multiplayer sports game on Switch thanks to the great controls, smart design, and ease of play. The single-player content might be a little lacking, but overall, this is a well-crafted sports game. Honestly, it’s not a surprise given Unfinished Pixel’s track record with the fundamentally sound Super Volley Blast and Super Tennis Blast. I look forward to their next entry in their Super Sports Blast series that hopefully tackles hockey or American football.