The hunt for black gold.

If becoming an oil baron has been your dream, then Turmoil will be a title worth looking into. This simulation-management game offers the chance to dig for oil while making immense profits in order to beat out the competition. An enjoyable and satisfying gameplay loop exists in Turmoil, but the lack of interesting upgrades and its repetitive nature means if you aren’t into the base experience, then spending time on this rig will be short-lived.

Entering the fray of late 1800s capitalistic endeavors, the player becomes one of a few characters who are looking to strike it rich through drilling for sweet, sweet black gold. There is no real gameplay difference between these character choices, as regardless the gameplan is to pull up as much oil as possible, working towards building a dynasty. Besides buying up stocks in the town to try to purchase your way into a mayoral run, the story starts and ends with a simple premise—just make a ton of money. 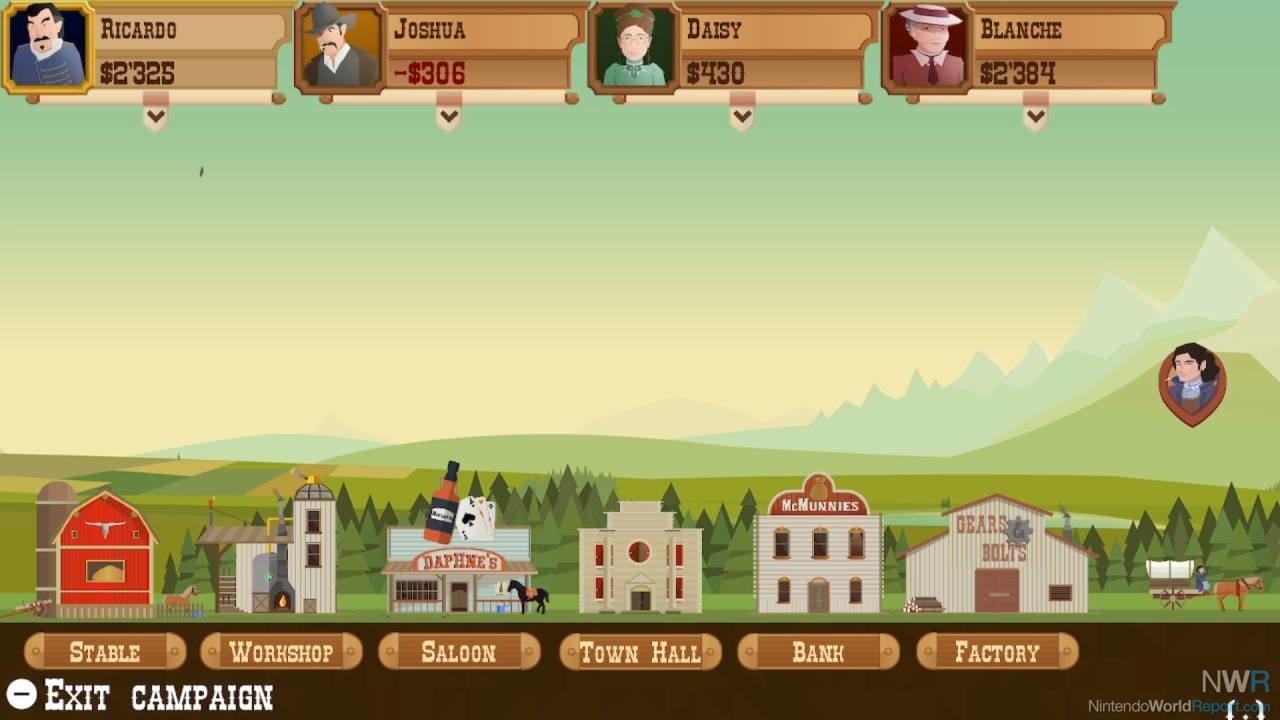 After moving through the opening section, it is time to find a piece of land and start drilling. An auction between each round allows the player to duke it out with the AI for the better plots. Once the parcel has been won, it’s time to search for oil. This is done through dowsers, who walk around utilizing this old-time piece of technology to locate the good stuff. Whistling you down and waving their arms, the dowsers give you an idea of where the oil is, but it is up to you to drill down in their general location, with no real way to know how deep the reservoir could be. The subtlety behind giving an idea of where to dig, while not telling the player outright, allows for some strategy behind the drilling process.

After discovering a patch of oil, connecting the piping to said reservoir allows for it to start getting pumped to the surface. From here, horse-drawn carts can gather the oil and sell it in the towns on either side of the screen. Prices fluctuate, so quickly changing where the oil is being sent is key to making the most profit. In addition, items like silos can be built that allow for storage while waiting for a premium sale price. This allows for deeper strategy while keeping things interesting in real-time.

Trying to find all the oil on the map, getting it all pulled up, and ending your year-long lease of the land early all allow for bonuses in pay at the end of each round, but otherwise this loop repeats several times through the campaign. This is where some tedium can occur, as nothing major changes from each round, even after unlocking and upgrading equipment. 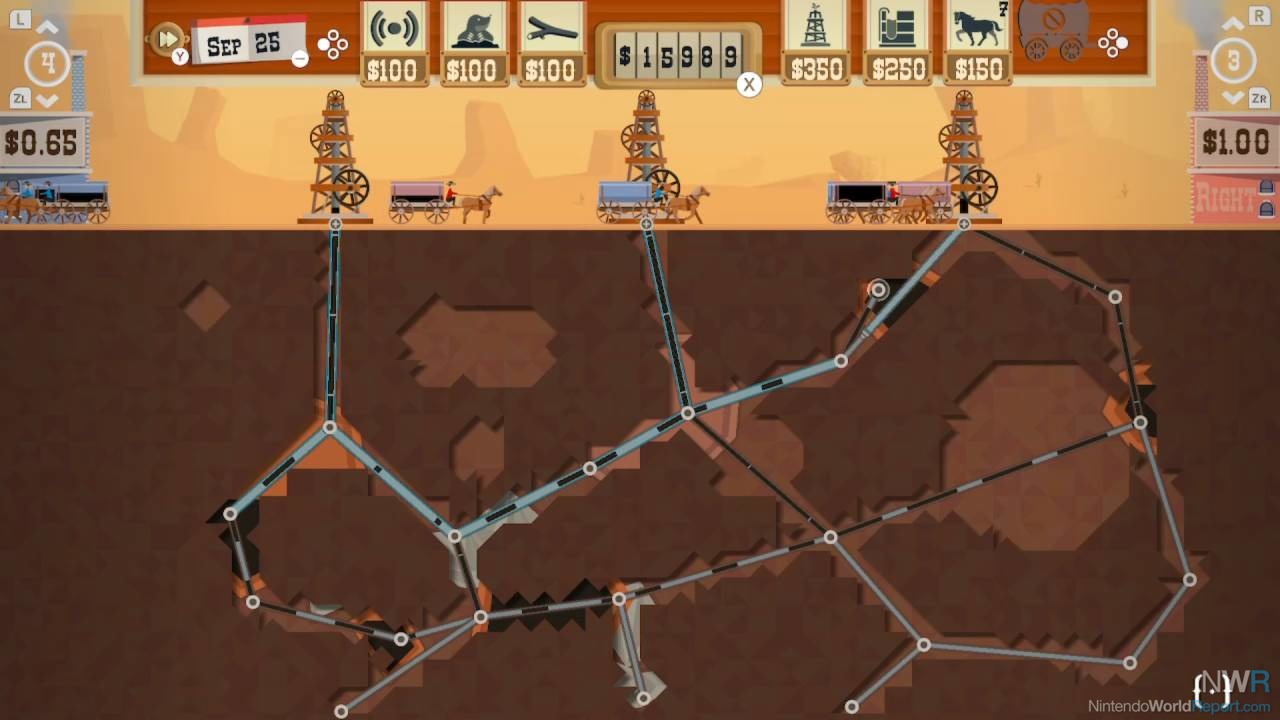 From bigger carriages and silos to upgradeable pipe sizes and faster-working dowsers, the upgrade system makes perfect sense, while not being all that interesting. Moles and a radar system that allow for a more personal look into the hidden earth are the coolest upgrades you can get, but they just aren’t enough to really turn things up a notch. The DLC included in the Switch version allows for some new upgrades and resources, as well as a new town to work through, but all in all, it is the same loop with minor improvements.

With that being said, everything here is enjoyable for those who like management sims, but it has the same sort of satisfaction as clearing the map in an Assassin’s Creed title; you do it and enjoy the ride, but wonder at the end if it was worth going through it all, even with the map looking nice and clean now.

Turmoil is a satisfying experience, much like getting your house cleaned up feels good at the end of the day. Being able to discover all of the oil, drill for it, and then sell it feels great, but unless you’re good with basically doing just that for a while, the tedious loop and lack of interesting upgrades will keep you from feeling like this was anything but an okay experience, even if you’re really into management sims.

Have you even played area 3 and 4 though? The gas mechanics there are quite sophisticated, and the DLC takes it up a notch.

And if you did play with gas, it's a bit weird it doesn't get mentioned...