Who made confusion and inscrutability their New Year's resolutiion?

2D action-adventure Resolutiion adopts the colorful pixel art of Hyper Light Drifter, but it features a darker, bloodier world in which to explore. It belongs to that caste of games that deals in obscurity and absurdity, in which characters are more likely to spout inane nonsense than give you a helpful tip or useful advice. As fun as it can be to feel lost at times along a journey such as this one, Resolutiion’s lack of direction and a confusing map frustrate just as much as does the miniature health and stamina meters and the punishing difficulty.

There is a story here that switches between past and future and describes a kingdom and world at war, but its fractured delivery makes it hard to get into. The main character, Valor, is accompanied by an entity named Alibii that gently guides you on your quest to collect scattered memories and piece together your identity. The world of Resolutiion is filled with all sorts of creatures: from cute woodland creatures and robotics death machines, to a giant yellow monster worm that eventually serves as a type of fast-travel system. Although it’s not always easy to tell friend from foe, when you do learn who’s out to get you, it might be too late. Even basic enemies can be incredibly deadly and tricky to take down, and a limited arsenal and insufficient stamina can very often seal your doom. 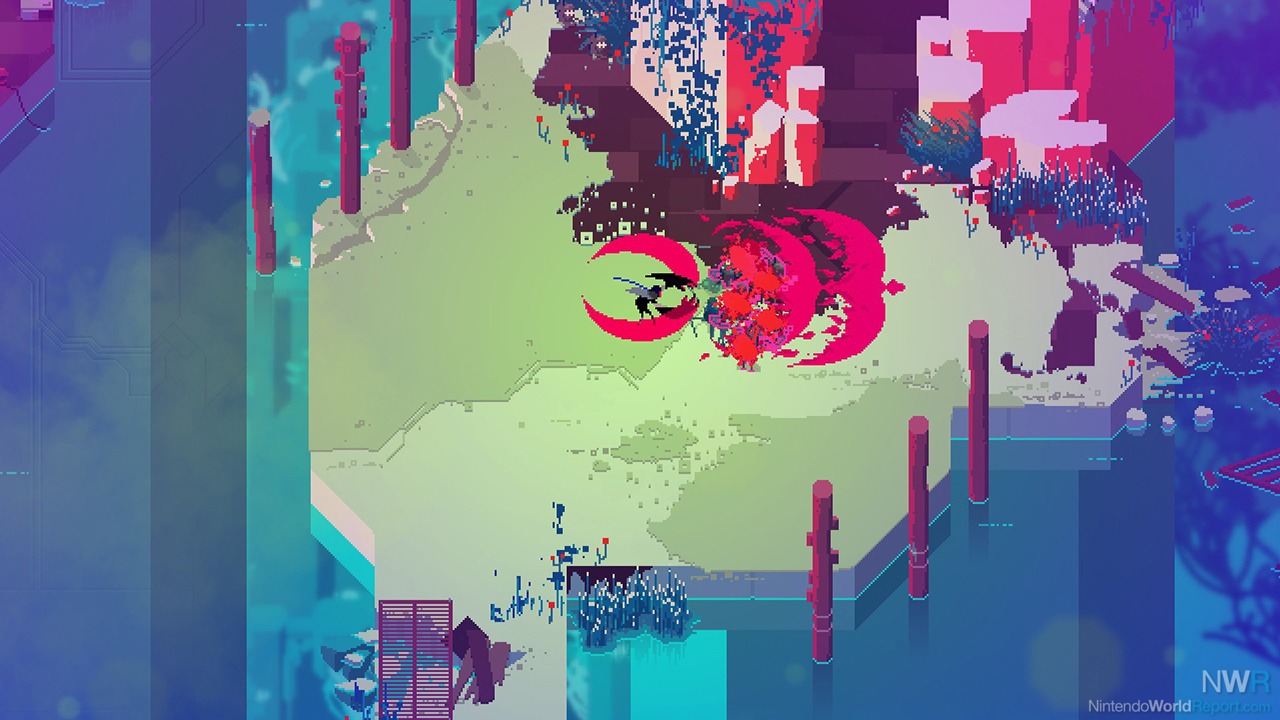 At your disposal is a basic slash attack that requires you to be at close range, though you gradually collect new abilities along the way. One of the first weapons you find is a gun that shoots a spread of three bullets, and I relied on this for much of my run through the game since it allows you to maintain a safe distance from enemies. Most of the equipment you find⁠—like a bomb that allows you to remove barriers—simply opens up the world, allowing you to reach new areas and collect upgrades to your power and stamina. That said, even with these upgrades, Resolutiion can be brutally difficult. For one thing, the stamina meter refills at a snail’s pace, and dashing and firing your gun both use up a lot of stamina. What this means is that the damage-sponge bosses take a war of attrition to conquer since you need to run around and dodge while your stamina refills. If you’re an exceptionally skilled player, you can make more liberal use of the slash attack to inflict damage, but even then you’ll still need the dash ability to avoid danger. Regardless of skill, you’ll need a microscope to be able to see the tiniest health and stamina meter of all time.

The different environments found in the world of Resolutiion make excellent use of color and light to differentiate themselves from one another. Each biome has unique enemies and music, which can make exploration both tense and satisfying. However, the in-game map goes a little overboard thematically, rendering it frustrating to use and move around. The art style, however, is a definite strength as computerized lines and objects contrast against the horrific monsters, sprays of blood, and overgrowth of nature. Resolutiion becomes more visually striking the more you play, and it can be easy to sink 10 or more hours into, a number that could go higher depending on how thorough you choose to be. 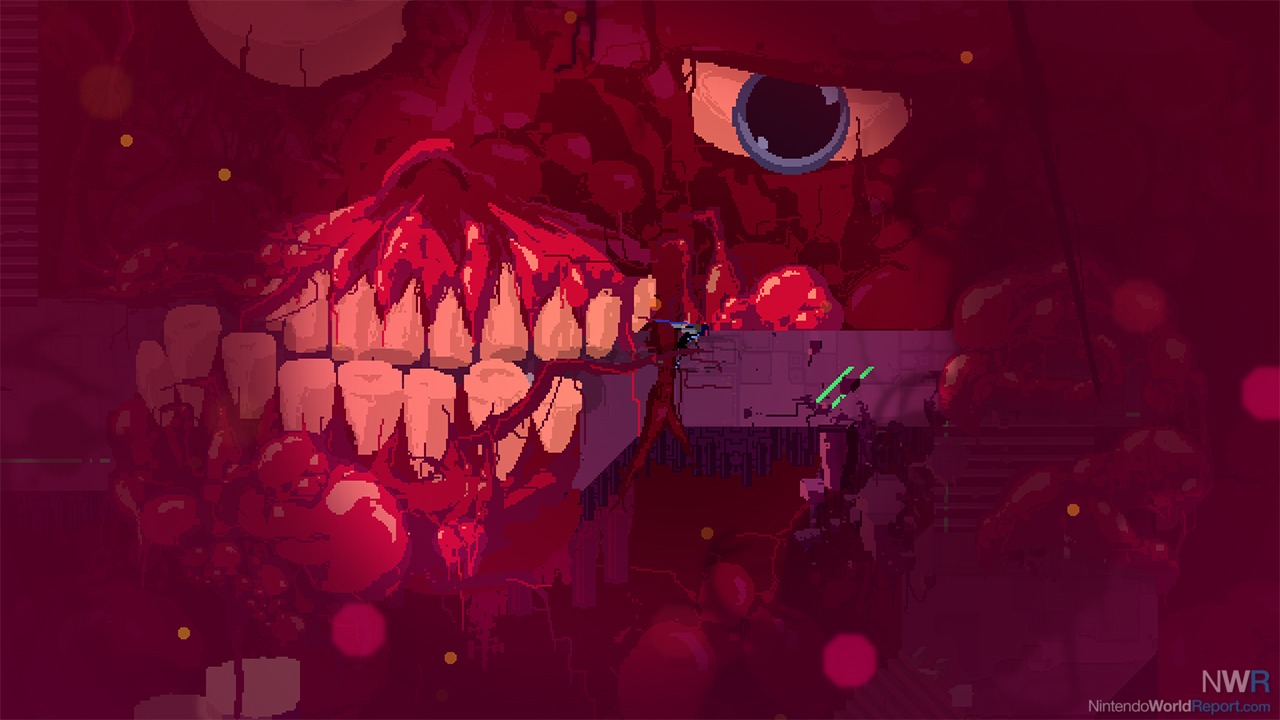 Resolutiion ultimately provides more frustration than fun, and its efforts to stand out make it hard to decipher and at times too much of a chore to play. There are some enjoyable moments, but these come later after you’ve acquired more of the abilities to navigate the world. The opening hours of the game are slow and aimless as your main objective is largely obscured, and the lack of any kind of tutorial means the player is left to their own devices. Save points are fairly frequent and refill your health, and enemies don’t respawn after you kill them, which is a welcome mechanic. However, the boss fights are some of the hardest I’ve ever encountered, and there are no difficulty options to get around them. As a result, I can only recommend Resolutiion to those who really want a challenge and don’t mind navigating a confusing map. In this savage land, you can only rely on your own skill and patience as you explore its unique and brutal landscapes.