Aiming is for the weak.

Star Horizon is a rail shooter that takes heavy influence from the likes of Star Fox. It strives to broaden the gameplay depth of the genre, without ever breaking from the rail line structure. However, its attempts to modernize and deepen the gameplay too often break that core arcade experience. Though Star Horizon shines in terms of ambition and scale, it is ultimately undone by its lack of understanding of its own core mechanics.

You play as a pilot, John, whose entire fleet is reduced to rubble after an attack. John must struggle to survive alone in the vastness of space, making friends and enemies along the way. The story is vague, hard to follow, and horribly performed. The voice acting is truly awful and only the strongest of wills will make it past the first few cutscenes. That being said, all of this could be forgiven if the gameplay itself is strong. 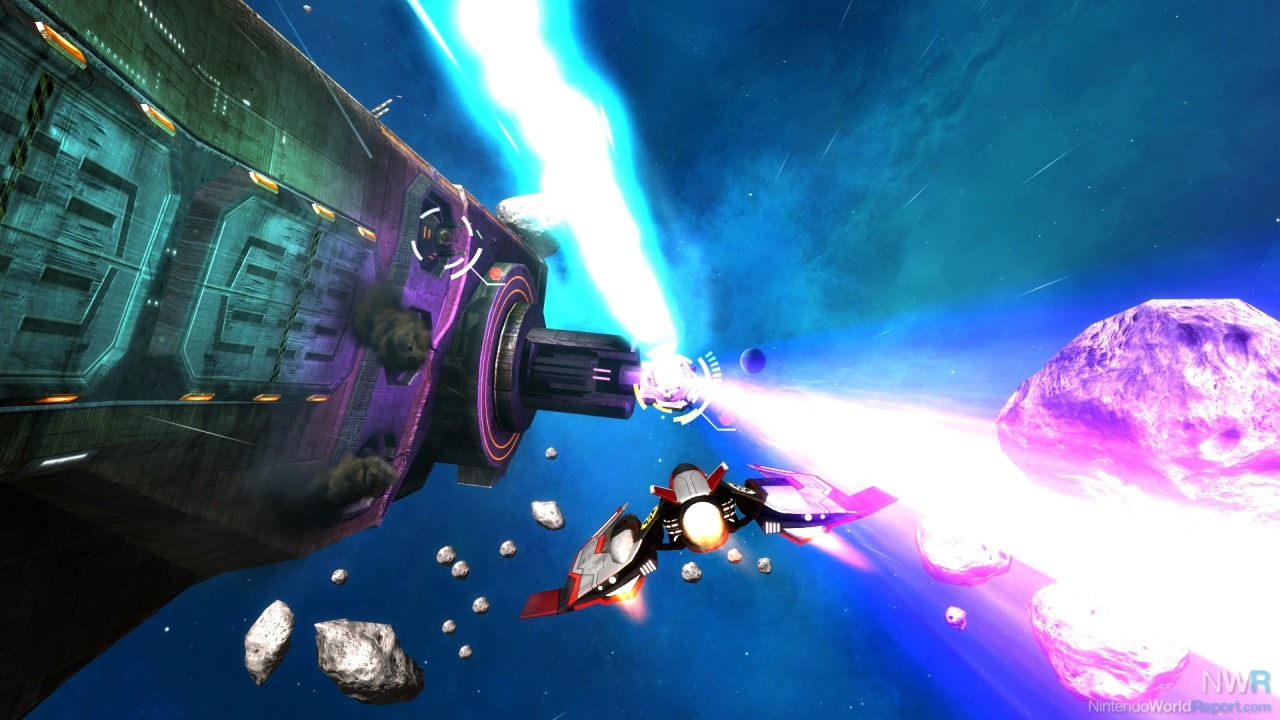 The entire game consists exclusively of rail line levels. Your ship travels along a set course and can be piloted up, down, left, and right as you weave through obstacles and take out enemy ships. Piloting the ship feels quick and responsive. In fact, the whole game runs very smoothly. This is, after all, a game from 2014 and has no issues running on the Switch. Having played the PC version back when it originally released, I can confirm that the Switch version looks to my eye to be identical in terms of visuals. That being said, it was never a graphically-demanding game, but it holds up well on Switch, especially on the smaller handheld screen.

Where Star Horizon really runs into problems is with its targeting and weapon systems. Rather than giving the player a traditional reticle with which to aim, Star Horizon presents a sort of auto-aim area. Moving enemies within this area will cause them to be automatically targeted by your weapons when you fire. The problem is that there is no way to prioritize between multiple enemies when they are in close proximity. In certain levels, this isn’t an issue when your goal is simply to take out enemies as you fly through an environment. However, all too often levels challenge you to take out specific targets before they destroy something. In these instances having your auto-target pick out the wrong enemy can literally cause you to lose the level. I found myself playing the same level multiple times, doing nothing different and just hoping that the auto-targeting gods would favor me this time around. 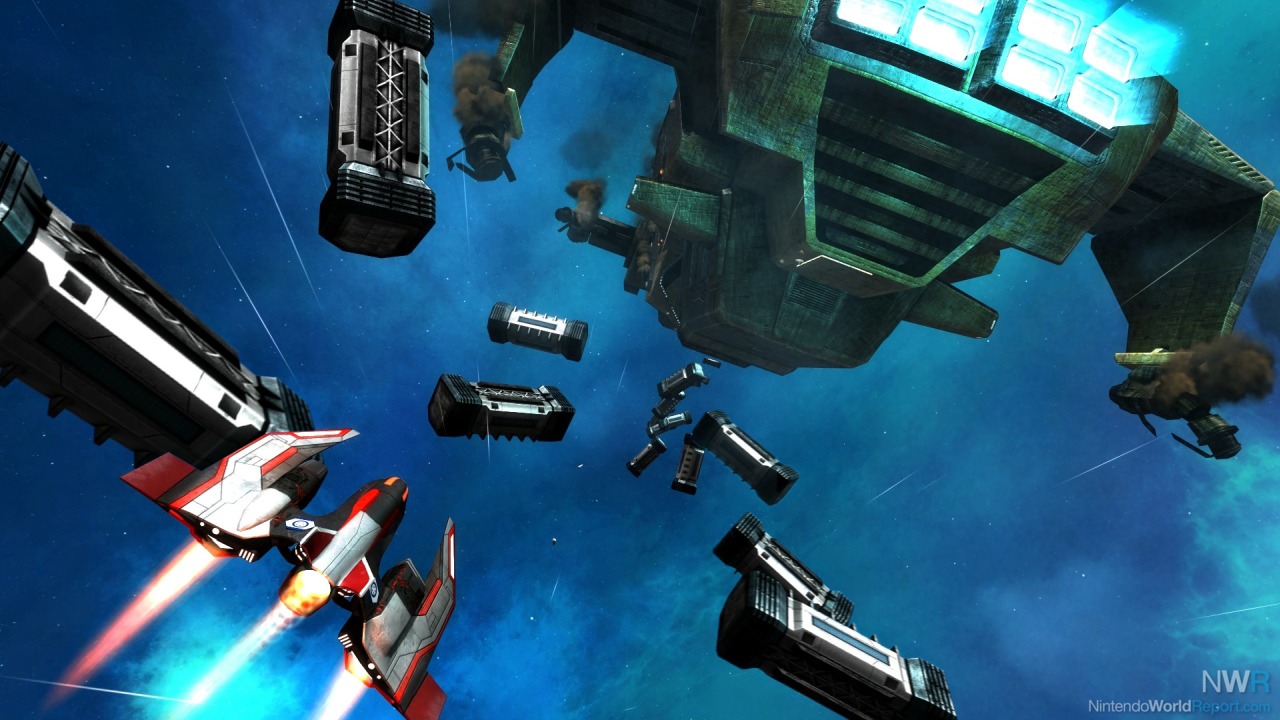 To combat the auto-target, you’ll need to make use of the upgrade system to simply brute force your way through. Your ship is equipped with three weapons: a rapid fire but weak machine gun, a powerful homing shot, and multilock swarm missiles. All but the machine gun have a cool down period after use, and each can be upgraded between missions. Missions can be replayed in order to earn additional currency to purchase these upgrades. This means that Star Horizon may be the only rail shooter of its kind to encourage grinding. I like the concept of the three different weapons types, and it reminded me a bit of Panzer Dragoon Orta, but in the grand scheme of things the targeting system makes them all frustrating to use. Ultimately, the upgrade system felt like a way to counter the bad targeting system, which would have been better by not having it be included.

Level design itself is generally good and were it not for the targeting system most of the levels could be quite fun. Goals are varied and branching paths allow for levels to play out very differently across multiple playthroughs. I will note, however, that the timing of enemy layouts can sometimes be inconsistent. I’d often find myself clearing out a wave of enemies and then waiting for several seconds as my ship drifted silently to the next encounter. It by no means breaks the level design, but it speaks to the same lack of understanding of the genre that the targeting system does.

Star Horizon is a rail shooter that doesn’t seem to have a handle on how rail shooters work. Levels are often large and expansive but without the enemy layout to fill them up. There are plenty of fun weapons at your disposal, but the targeting system makes them all less functional. While it runs well on Switch and certainly has its moments where everything lines up just right, overall it is at best a mediocre rail shooter. Even if you’re desperate for this underrepresented genre, there are already better entries available on the eShop.