Super Mega Baseball 3 continues the masterful mix of arcade and simulation baseball to make one of the best sports games ever made.

Sports games have been a constant throughout video game history, with many of them being some of the best-selling games year-to-year. Over the decades, the quality has run the gamut, but aside from Sony’s MLB The Show, baseball has been in a pitfall for a decade. In 2014, Metalhead Software launched Super Mega Baseball. A few years later, a sequel came out, which came to Nintendo Switch in July 2019. Those first two games are excellent, and in our review of Super Mega Baseball 2 on Switch, I called it “the greatest baseball video game I have ever played.” With Super Mega Baseball 3 on the precipice of launching, I’m pleased to report that Metalhead Software delivered an excellent sequel to an already excellent game. Super Mega Baseball 3 is our new all-time leader for the title of the greatest baseball video game I have ever played.

Franchise mode is the most sizable addition and it’s impressive how it takes a complex sim-heavy concept and translates it into a more approachable manner. There is a significant learning curve to understand all the finer points of player development, free agency, and season-to-season movement, but easy, functional tutorials lay out what you need to know. It’s complex at a glance, but straightforward as you work through it. Playing it in Standard form makes each season require you to stick to a 32-game season and play every game, which means it takes a while to get to the more customizable, progression elements of Franchise. If you want to dive into the team management nerdery, make a Custom Franchise, which lets you sim games and also customize the season length. 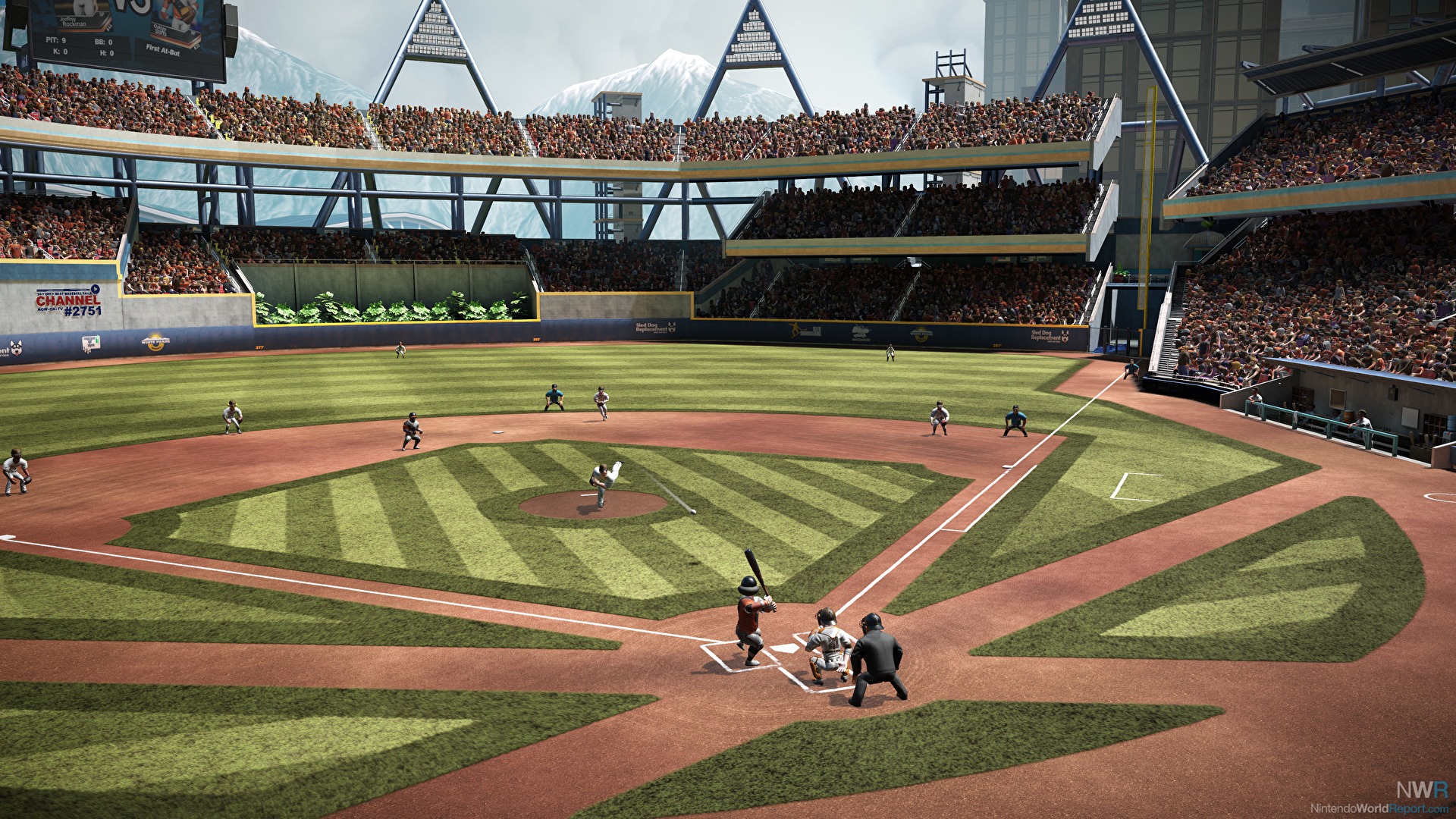 A returning mode is Pennant Race, which is the premier online mode. Cross-platform with PlayStation 4, Xbox One, and Steam is possible through this mode, as well as playing with anyone with the free trial version of Super Mega Baseball 3, available day and date with the game. It’s a seasonal mode that places players against each other to determine their skill level so they can be placed in a group similar to the skill level for the current competition. The games are all set to five innings in length as opposed to the normal nine, upping the speed of play. I wasn’t able to test the online mode during the review period, though my experiences with Super Mega Baseball 2’s version were solid and enjoyable. If there are any major issues with Pennant Race, this review will be updated. I’ll admit this wasn’t my favorite mode, but that’s more because I’m predominantly a solo player in sports games. I look forward to having more of a player pool thanks to the free trial and also the ability to make custom Pennant Races, which will come in a future free update.

The core experience is consistent with the groundwork laid out in the previous game. To catch newcomers up to speed, this is a baseball game that doesn’t feature licensed MLB teams. The teams all have endearing and charming names like the Overdogs and the Platypi and contain players with goofy names like Hammer Longballo and Knox Oxensocksen. In addition to all of the main teams, which have been upped from 16 to 20 in the new game, Super Mega Baseball 3 also features an extensive custom team maker. You can do a lot to tweak your team, though it’s better to not make your team overpowered if you’re planning to use them in any of the main modes, as making them too good throws off competitive balance. Since Final Fantasy has been on my brain, I made a team consisting of heroes from Final Fantasy 6 and 7. Cloud Strife is a hell of a centerfielder and Terra Branford has been a surprisingly strong starting pitcher. The flexibility in the leagues you can play in and the teams you can use is spectacular. You can also play online with these leagues, though primarily only in co-op with Switch players. Online exhibition matches can of course be played without issue (though still not cross-platform). 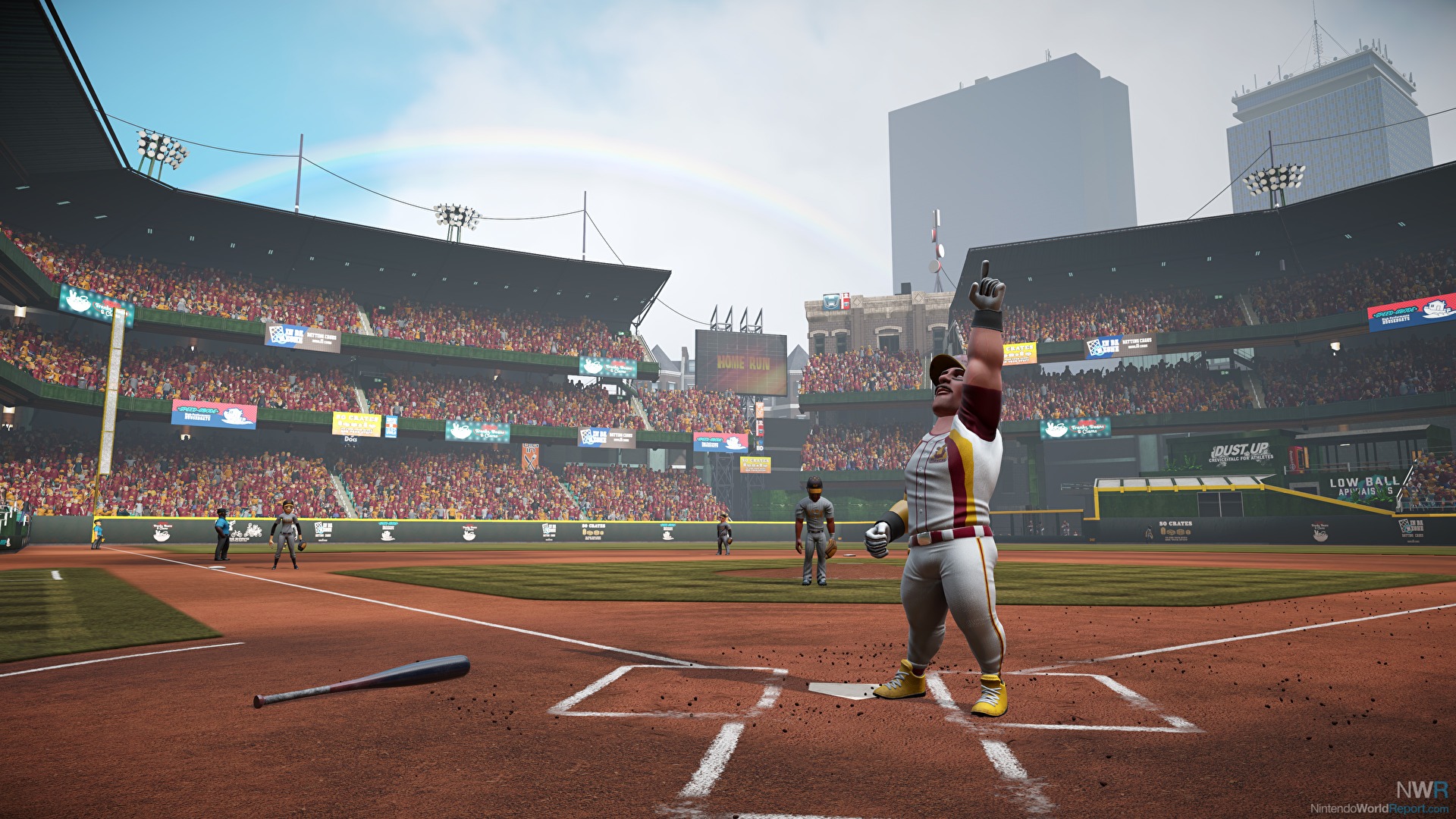 The gameplay is relatively unchanged on the surface, though a lot has been tweaked and refined under the hood. The smart Ego difficulty system returns, offering flexible difficulties from 1 to 99, available as both a broad setting and tweaking individual aspects of the game (e.g. if you find pitching to be easier than hitting, you can make that harder by itself). The preexisting hitting and pitching mechanics were already easy to learn and hard to master, offering an intuitive basic timed swing for hitting that is complemented by power hitting, which uses more complicated controls for more fine-tuning. Defining exactly how perfect the fundamentals feel is a challenge. As someone who has been a player of baseball video games and a follower of the sport, this just does such a good job of replicating the feel of playing baseball without being saddled by heavy simulation aspects. Two elements stood out to me that have been changed from the last game: pickoff moves and stealing. Pitchers can now attempt to pick off runners, which adds more tension to moment-to-moment situations. Base-stealing, almost as a consequence, is way more difficult to abuse against the computer. Before, you could just tap a button and your runner would speed off when the pitch was delivered. Now, you have to time your jump with a button press, which requires some hardcore rhythm game timing. It’s a welcome change, though now my preference towards speedy teams has been revised.

If I had any complaints about this sequel, it’s that it feels more like an annualized release, which is in line with how sports games have been on the licensed side for ages. That’s not to say there’s anything that’s bad about Super Mega Baseball 3 in that respect; the refinements to the gameplay and the addition of Franchise mode are impactful and smart. The biggest knock here is that if Franchise mode doesn’t appeal to you at all, you might be better off just checking out Super Mega Baseball 2, but the allure of a hopefully fuller online player base thanks to the free trial of the third game could be game-changing for the longevity of that cross-platform mode. And you know, the baserunning benefits from the added nuance and difficulty, and I love a lot of the other smaller additions. 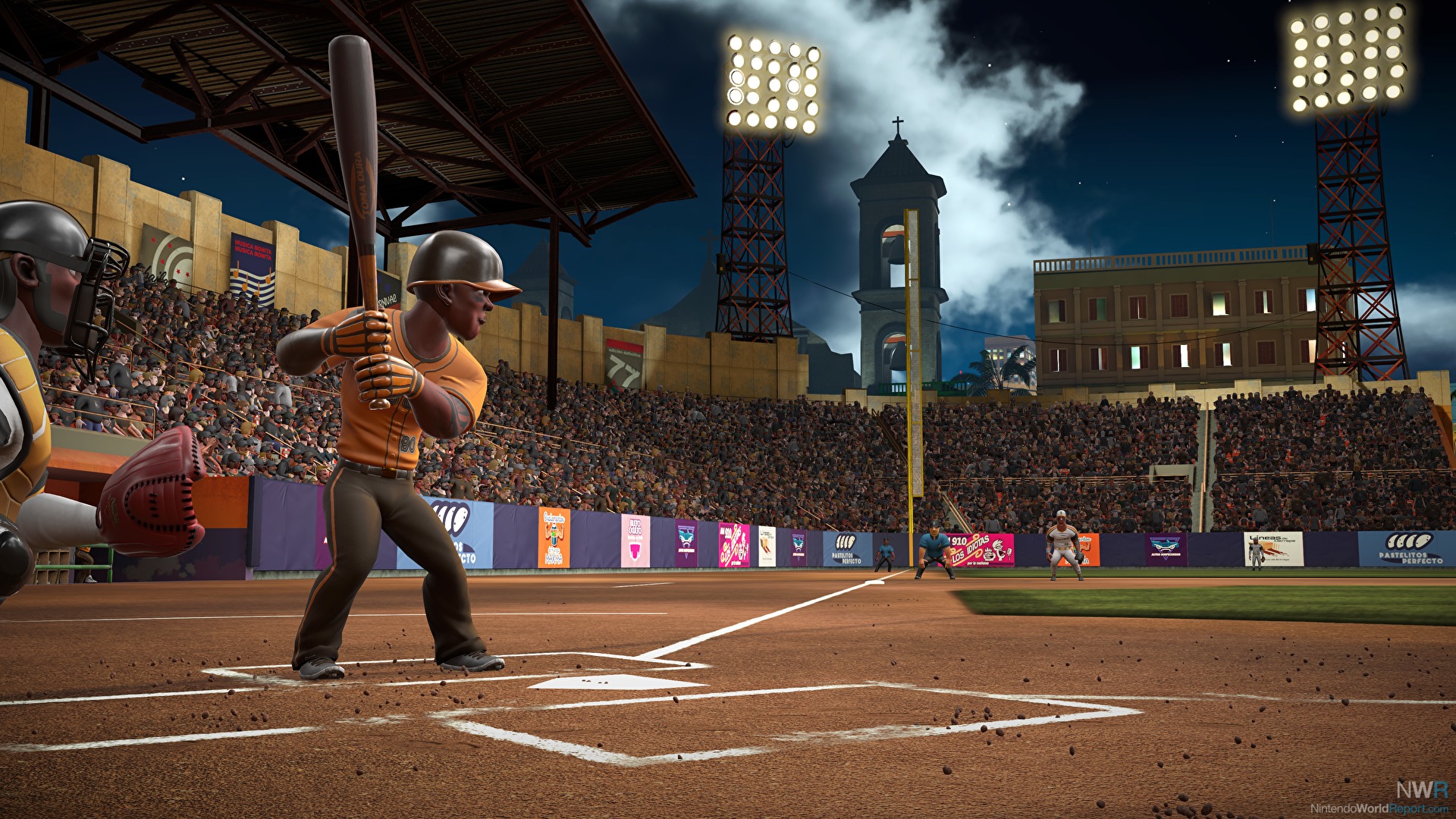 The gap between Super Mega Baseball 3 and its predecessor might be small, thus making the impact a little blunted, but I still have never played a better baseball game and until Super Mega Baseball 4 comes out, I’ll play this game constantly. At face value, the hitting, pitching, and fielding is so intuitive, making it great for pick-up-and-play sessions against friends locally or online. Going deeper, the flexibility of the difficulty and the depth of the various mechanics offer so much more. Franchise mode helps to extend that depth in creative, unique ways. Overall, Super Mega Baseball 3 is like if those old janky NES baseball games played as good as you wish they did when you were younger, while at the same time, standing respectably next to the greatest sports games of all time. After all, Super Mega Baseball 3 is the greatest baseball video game I have ever played.

I got SMB2 I think during a Christmas sale. It's awesome, so glad to have passed Neal in the total points leaderboards (these are back, correct?)

However, given what I thought it looked like an annualized release, I might wait for another sale. I don't know if I want to spend $45 after spending I think $15-20 only a few months ago. But eventually, it will be a buy.

Ok...pursuant to my previous post...I will have to admit after playing the demo for a while, I spent the 45 bones and downloaded it last night. Worth it.