Invasion of the bodies snatcher

Hyperparasite is a twin-stick, top-down, roguelike shooter. If that combination of words didn’t sound like a bot spat it out, maybe the theme will pique your interest. You play a symbiote-like creature whose survival depends on possessing a mixture of different human combatants with varying abilities, navigating various levels, and fighting off waves of enemies. I was greeted upon launch with an absurd introduction video message from the President⁠—a bunker-occupying, eyepatch wearing, foul-mouthed leader who looks like a mixture of Ronald Reagan and Big Boss—who has sent out a call-to-arms to the citizenry worldwide for the noble cause of protecting him from the amorphous enemy.

Every run starts with a different human avatar, each of which has a unique move set consisting of a regular and special attack, a dodge, and the ability to detach from the host and take the natural parasitic form. A police officer has a gun-based attack with a special move that makes bullets travel farther. A homeless man has a more melee-based kit, using a shopping cart as a battering ram. Once the host’s life bar is depleted, I shed my human skin and was relegated back to my blobular form—a weak, ill-defined body which has modest offense and a fragility that incentivizes finding a new host quickly. Get destroyed in that state, and your game over is accompanied with a clever little newspaper article highlighting which human was the hero in that timeline. 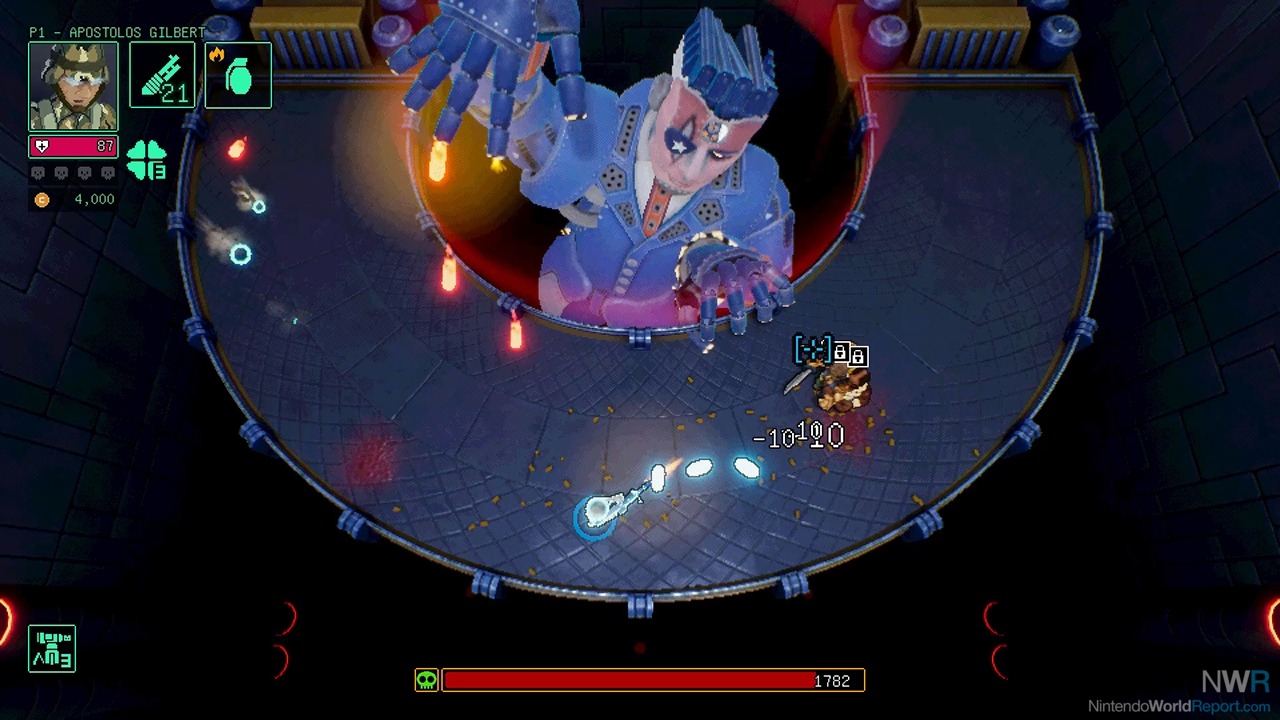 Those future human husks are acquired by defeating those that haven’t been unlocked yet. If a brain drops from their body, you can make it back to the hub area and pay the necessary monetary fee to unlock them as a possessable form moving forward. In practice, this felt like one requirement too far to unlock new forms, or at least it’s too punitive with how cash-tight things can seem throughout. There are also perks that can be intermittently unlocked with experience such as HP boosts or attack power. Admittedly, I hadn’t noticed an appreciable improvement in ability after investing in these power-ups, so it became a rote exercise of spreading it across the different options as I played.

For me, the success of a roguelike is how good the core game feels. A game like Dead Cells feels so fluid and crisp that the randomness of the level layouts, enemy placement, and item/ability drops bolster that solid foundation well and provide variety. The worst type of roguelike has a core gameplay that doesn’t stand out from its peers, which then highlights how uncurated the RNG level generation and item drops are, therefore making the entire game feel like chance. . Hyperparasite is somewhere in the middle—it’s best when I find a new human that has a toolset that empowers me; at its worst, I get a bad draw of a host and encounter enemy types that are bullet sponges. Oddly enough as well, I noticed a slightly less smooth movement rate when in handheld mode than docked. It didn’t affect my ability to progress but was sometimes distracting that lessened my enjoyment. 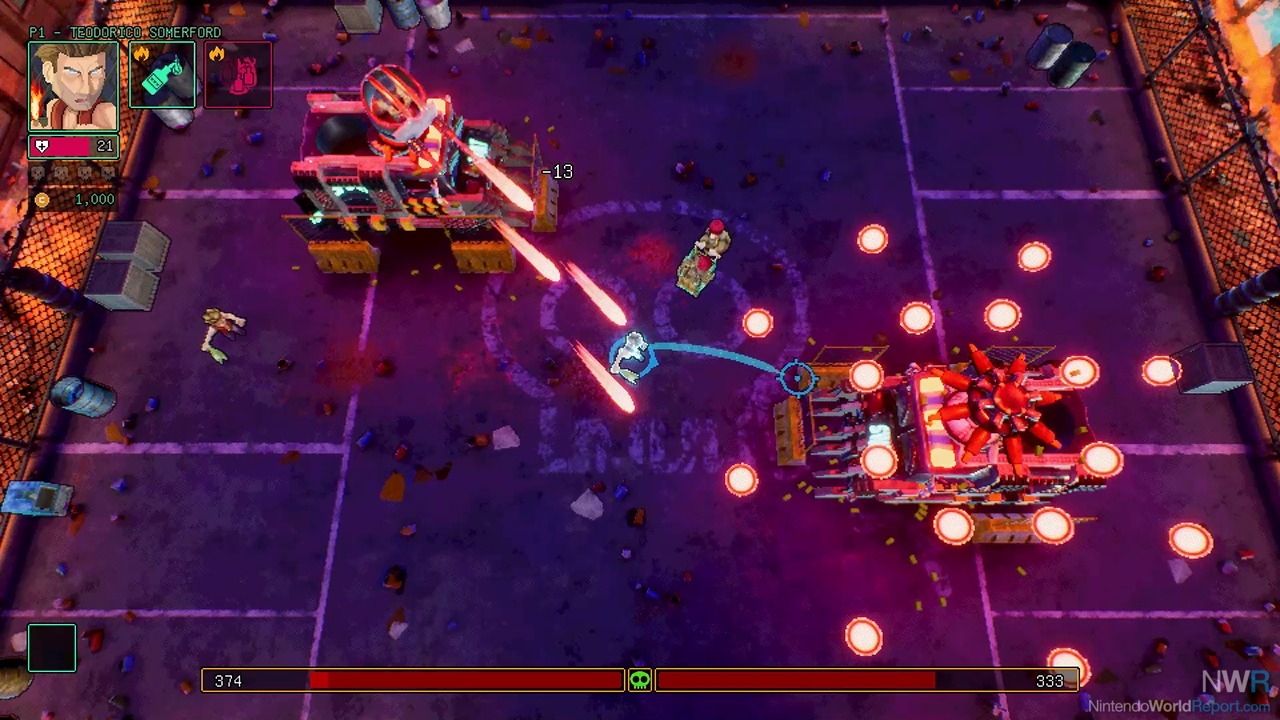 Hyperparasite leans heavily on its setting to stand-out from other top-down shooters, and in that sense, it succeeds in having a great, dark, B-movie tone that feels distinct and engaging. There’s a real variety to the different host bodies you vulture off-of, which would provide a great flow of hoping from body-to-body if some of them didn’t just feel like they will set you behind by doing so. If you have a craving for a twin-stick shooter that’ll keep you engaged for a while with an interesting premise, Hyperparasite can provide some brief fun, but be prepared for some grind to unlock new flesh suits and a better experience on the TV.