The theme of this sequel is big, as the special puzzles are comically large and the overall puzzle count is sizable.

While more Picross games continue to dot the Switch landscape, there is still only one king. Jupiter returns with their fourth entry on Switch in Picross S4, and just like the other three on the system, it’s a polished, impressive package filled with oodles of nonogram puzzles. As a matter of fact, Jupiter boasts S4 has the most puzzles yet, with a total of 485. 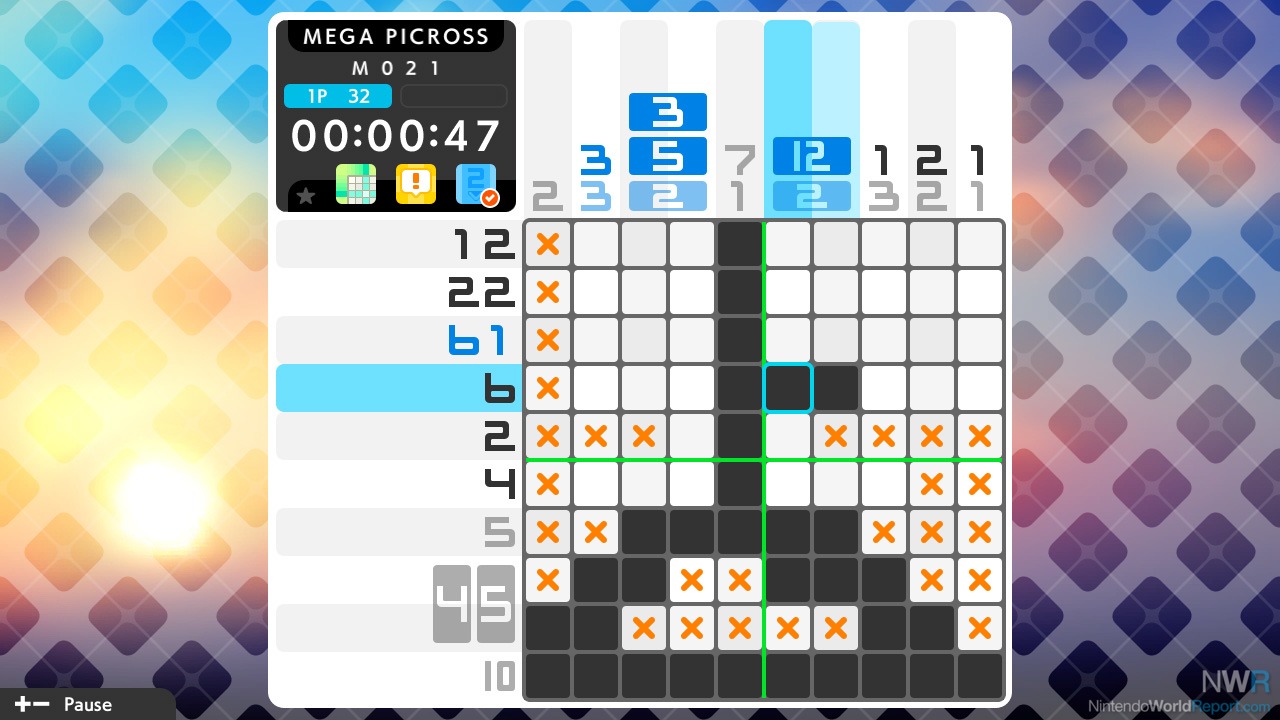 Most of those are of the standard variety, split between Picross, the slightly harder Mega Picross, and the fragmented Clip Picross. 30 of the puzzles are of the Color Picross variety, which debuted in the previous entry. I am a little disappointed Color Picross still amounts to basically a bonus mode, only making up a small fraction of the overall puzzle pie. Still, I commend Jupiter for having varied and functional control methods for their Color Picross mode.. Unfortunately for old-school DS Picross fans, no touchscreen controls are available 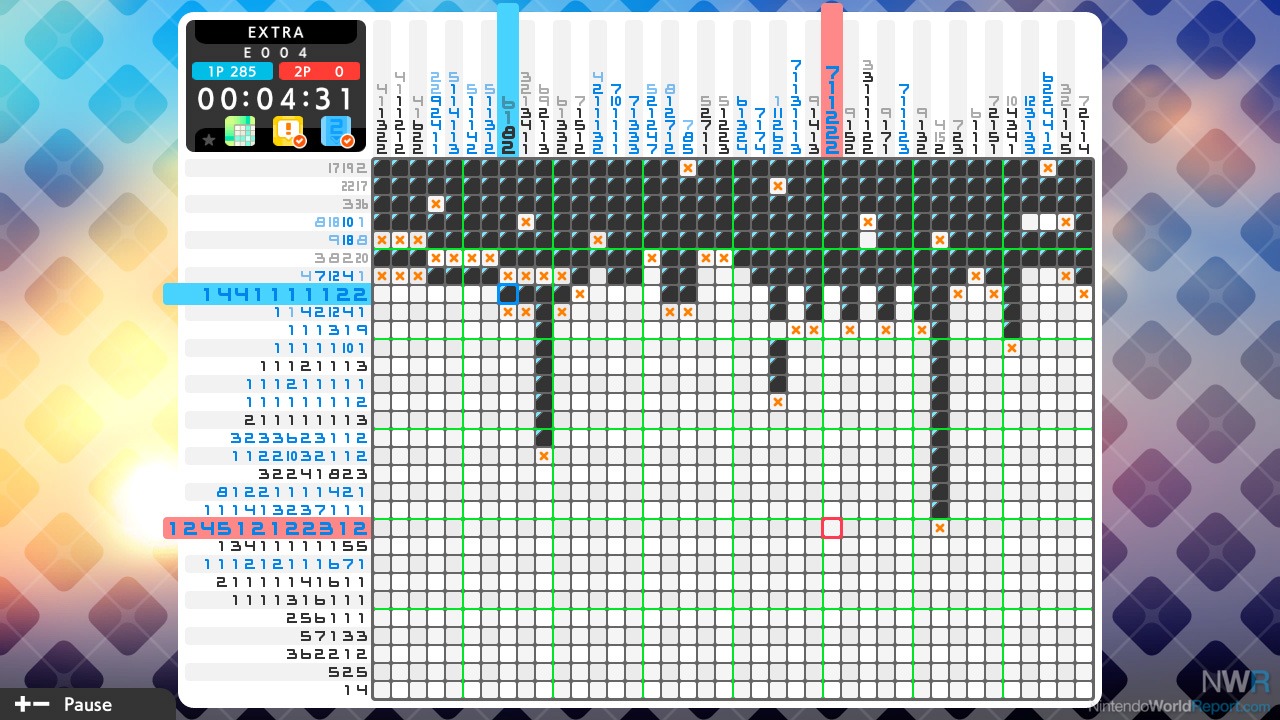 The new mode is Extra, which has a pair of puzzles that are comically large; they stand 30-by-30 compared to the other puzzles that cap out at 20 on each side. If you have play data from Picross S, S2, or S3, you can also unlock three more 40-by-30 puzzles, which are even more ridiculous. I enjoyed the immense challenge of these big puzzles, though they are clumsy to navigate in handheld. This was the rare time I actually preferred playing Picross on the TV, because it was way easier to make sense of 1200 squares in a grid.

With how consistent Jupiter’s Picross quality has been over the years, it isn’t a surprise that Picross S4 is very good. With just shy of 500 puzzles, it’s worth your puzzling time. I just hope that in the future, Color Picross can have a bigger presence and maybe someday touchscreen controls can return.