The Metro games are some of the most harsh and brutal titles available. The player travels through the remnants of a society destroyed by radiation. The people hide in underground subway tunnels, the final reminder of better times. These titles, who have been released on many platforms before, finally made their way to Nintendo Switch. The results are stunning, proving that these survival horror titles can fit on a system like Nintendo's. Aside from a few setbacks, I was perfectly capable of having a great time here.

Metro Redux consists of two games: Metro 2033 and Metro Last Light. Both are based on the novels of one Dmitry Glukhovsky, ensuring that gripping horror tales await you. The player steps in the shoes of Artyom, who will need to find his way through a ravaged world. Beyond the terrible radiation, there is a lot you will have to deal with. Artyom will travel between settlements, requiring to venture both under and above the ground. You will stand face-to-face with evil creatures, everlasting snow and the feeling that you're always being watched. 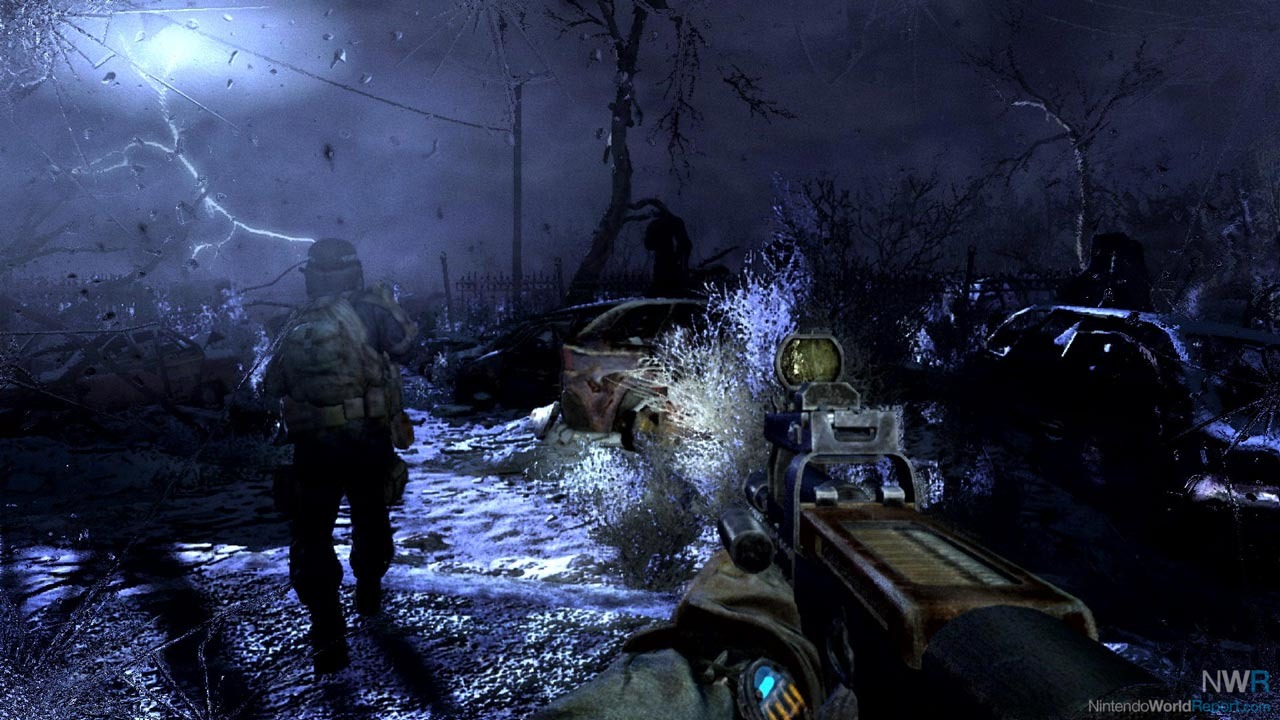 The overall experience can be best described as tense. Similarly to say a Resident Evil, it comes down to survival in every corner of the map. The underground tunnels always left me feeling eerie, unsure of knowing if I'm doing the right thing. The various creatures attack you when you least expect it, making you rarely feel entirely safe. I relished the fact that I had to work for every bit of my adventure, making the end stations that much more rewarding in the process. There are a few moments to take in sights, but you are here to overcome the fight of your life.

Once arrived, the communities you interact with are equally as compelling. There is a lot of poverty, asking for money and simply trying to survive. At the same time, however, every NPC in these towns also has a schedule. You will find them hanging around with friends or simply walking around the settlements. By listening in on conversations, you will learn a lot about the world, even if you're not having a talk with them. A fun detail is that you barely catch a name of someone, continuing the mistrust people have in the underground areas.

At Metro's core lies its first-person shooter mechanics, which drive most of your adventure. Artyom can do the usual like sprinting, jumping and crouching to move across the landscape. The shooting portions are crucial, but more important is how effective you truly are. The resources that Metro throws at you are rather limited, and bullets are more than tools used in battle. The player is required to keep some at hand and trade with the local communities. It is the only way you can keep yourself alive for an extended amount of time. 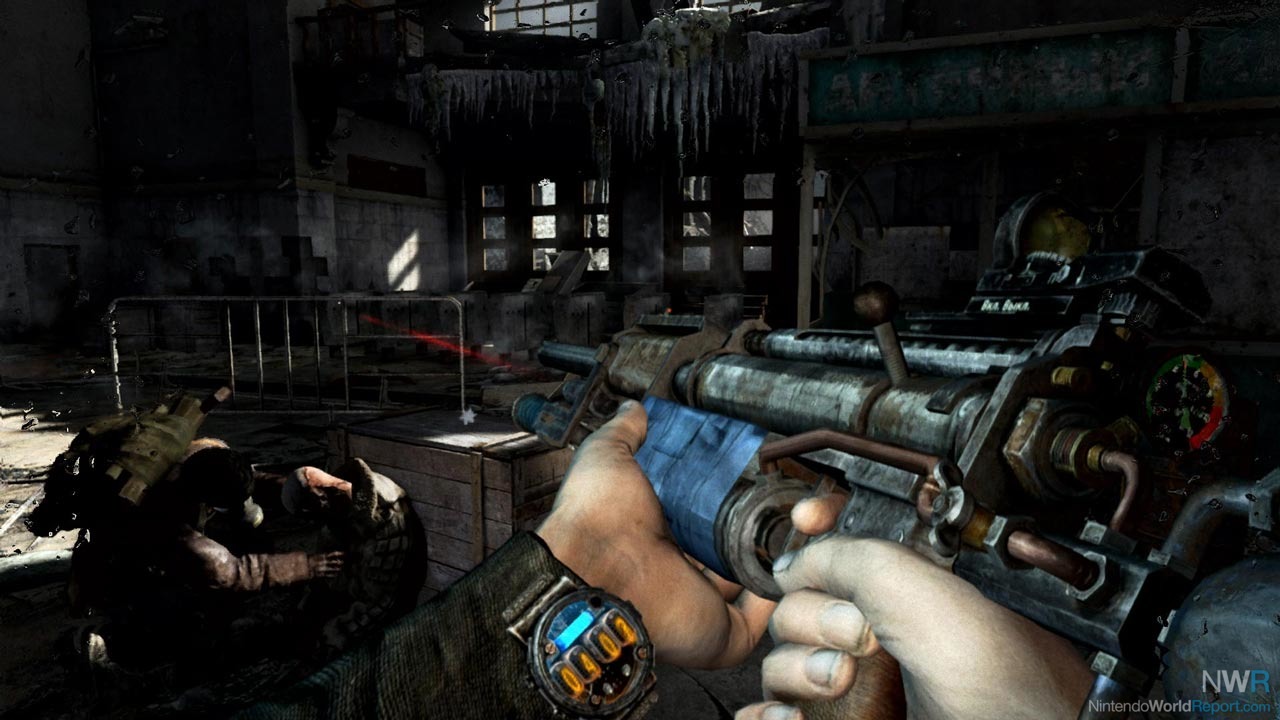 Now sure, you can keep going through the game without trading, keeping all the bullets to yourself. You might even get decently far, but relying on blasting away at everything is fatal. There are segments where ammunition simply doesn't get replenished and where stealth becomes something you have to rely upon. Metro has designed its moments with different types of flow, forcing Artyom to use what he has in that very moment. The gun variety isn't anything mindblowing, but they do all use different ammo, allowing you to build up some kind of backup. I found it very important to do so, or else the journey would really become an uphill battle.

That being said, the most important resource worth managing is the gas mask. During his ventures on the surface, Artyom will need his mask to breathe. This tool will damage over time, decrease your field of vision and needs to be replaced eventually. The air filters become less effective over time, so using that time wisely is crucial. The wide and bold design choices of 2033 in particular requires you to think, and collect intel as quickly as you possibly can. You really can't take your time, causing a tension that is unprecedented.

There are different things I appreciate about both of the games. The story of the sequel, Last Light, isn't as memorable as 2033, but there are plenty of things that are done better. Last Light has overall better gunplay and the characters discuss the more political side of this universe. That being said, 2033 has the better atmosphere and guides you towards one ending that everyone can grasp. My only problem with Last Light is that it adds more variables, forcing you to play segments all over again for the best possible ending. It adds bulk that doesn't exactly have to be there, but the more varied tools are quite nice. 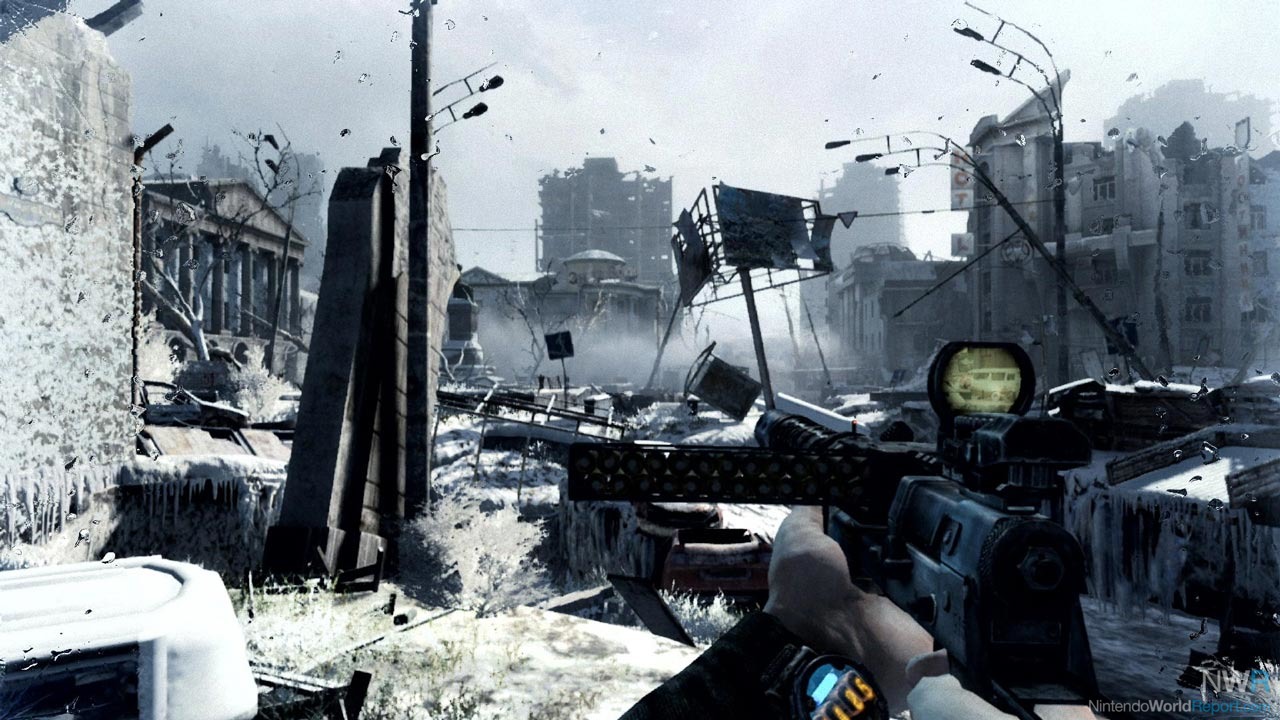 The games perform great on the Nintendo Switch. Due to the dark nature of Metro games, some detail might be lost in process, but this isn't something that can't be overcome. The package offers a steady framerate, beautiful environments and very little big compromises in terms of quality. The only major issue is that some levels may take a while to load, up to a minute overall. This only happens the first time you load in an environment, but it is annoying nonetheless.

Metro Redux offers up two solid ports for the price of one. The Metro games bring brutal experiences where pure horror awaits you around every corner. Between those breathtaking moments, the titles build a terrific world that I love exploring. There are little complaints on both ends, but none of them make the games uninteresting. That being said, there are long loading times afoot and games are a little on the darker side of things. If you have an eye for detail and are in for terrific time, then both 2033 and Last Night are journeys worth having.