So simple, yet so brilliant.

From time to time a game comes along that just scratches that itch you didn’t know you had. The side-scrolling, platforming genre has endured countless variations over the past few decades, with crazy new ideas bursting out of game designs all over the world. Enter Gunbrick: Reloaded - a game where you play as a little dude in a square (with a newly added cube mode!) and roll yourself across the land using a couple of simple abilities. The concept is fun to learn and easy to understand, but did it hold my attention over the course of the campaign? Absolutely, and then some.

You may have heard of the developer Nitrome for their various mobile releases, including the original Gunbrick. They also released the fantastic Bomb Chicken on the Switch back in 2018, which has many similarities to Gunbrick in its simple puzzle platforming gameplay. 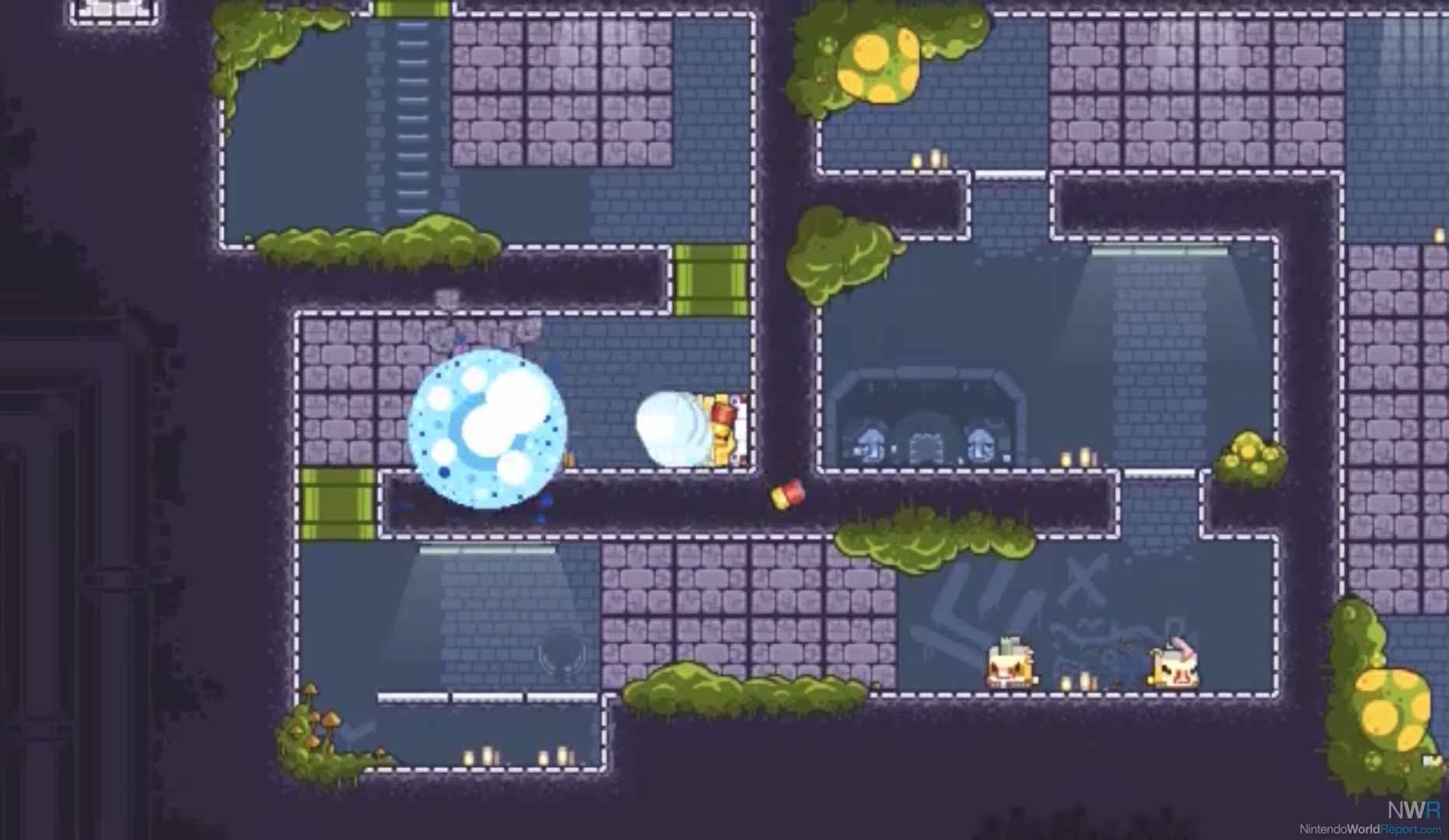 The main hook of Gunbrick is just how exactly you maneuver your little square robot through each stage without jumping. On one side there’s a gun that can both shoot and neutralize enemies, and shoot to reach and push buttons/switches to interact with the world. If you aim the gun to the ground and shoot it will propel you upward so you can fly. On the opposite side of the gun is a shield that can withstand basically anything you throw at it or walk over with it. Enemy attacks, lasers, flamethrowers, you name it: the shield is strong. (Although it does make you wonder why they didn’t make the other sides of the robot out of the same material.)

These two features are used in tons of clever ways, and it was always fun to figure out the solution. The checkpoint system spread out through the levels always insured a fast and close respawn, so taking chances at different ideas is encouraged. 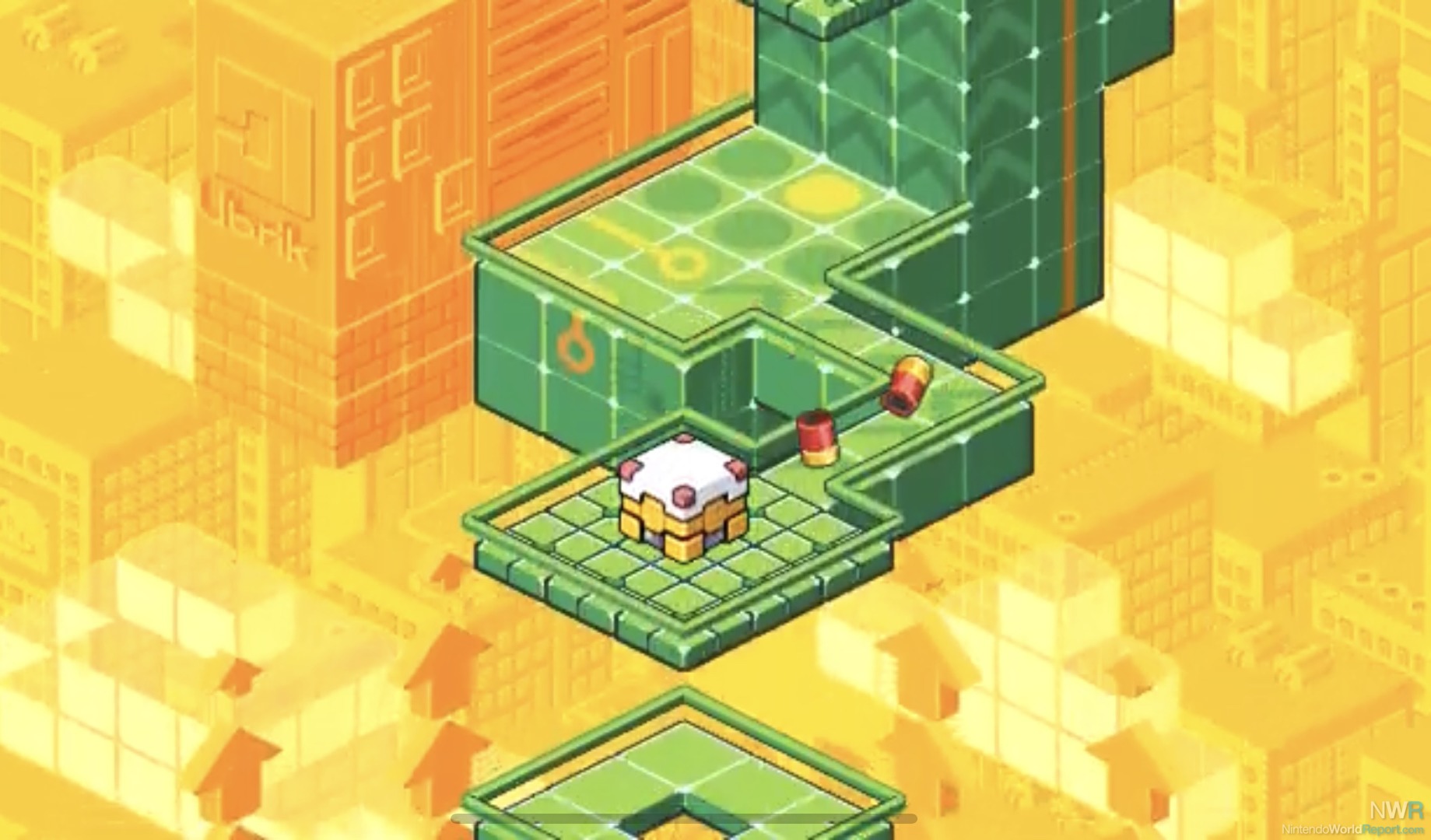 Hidden inside of some of the levels are bonus levels you can find and unlock to play, newly introduced in this “Reloaded” version. These aren’t any ordinary levels though, they actually take Gunbrick into a new isometric dimension. The look of these levels are incredible, and the transferring of gameplay into 3D is even better. These levels are a tad easier, but introduce a whole new set of challenges that end up being super satisfying to surmount. For instance, breaking a pillar of bricks in the ground beneath your robot and then falling through your newly created hole is ridiculously fun, I just didn’t want it to end.

The only problem I had with Gunbrick: Reloaded was the menu system. When I started the game back up the menu design didn’t make it clear where I was in the game, or even which world I was in, so multiple times I jumped into one of the bonus levels that I had already beaten, only to quit back to the main menu and try to find the main campaign levels. 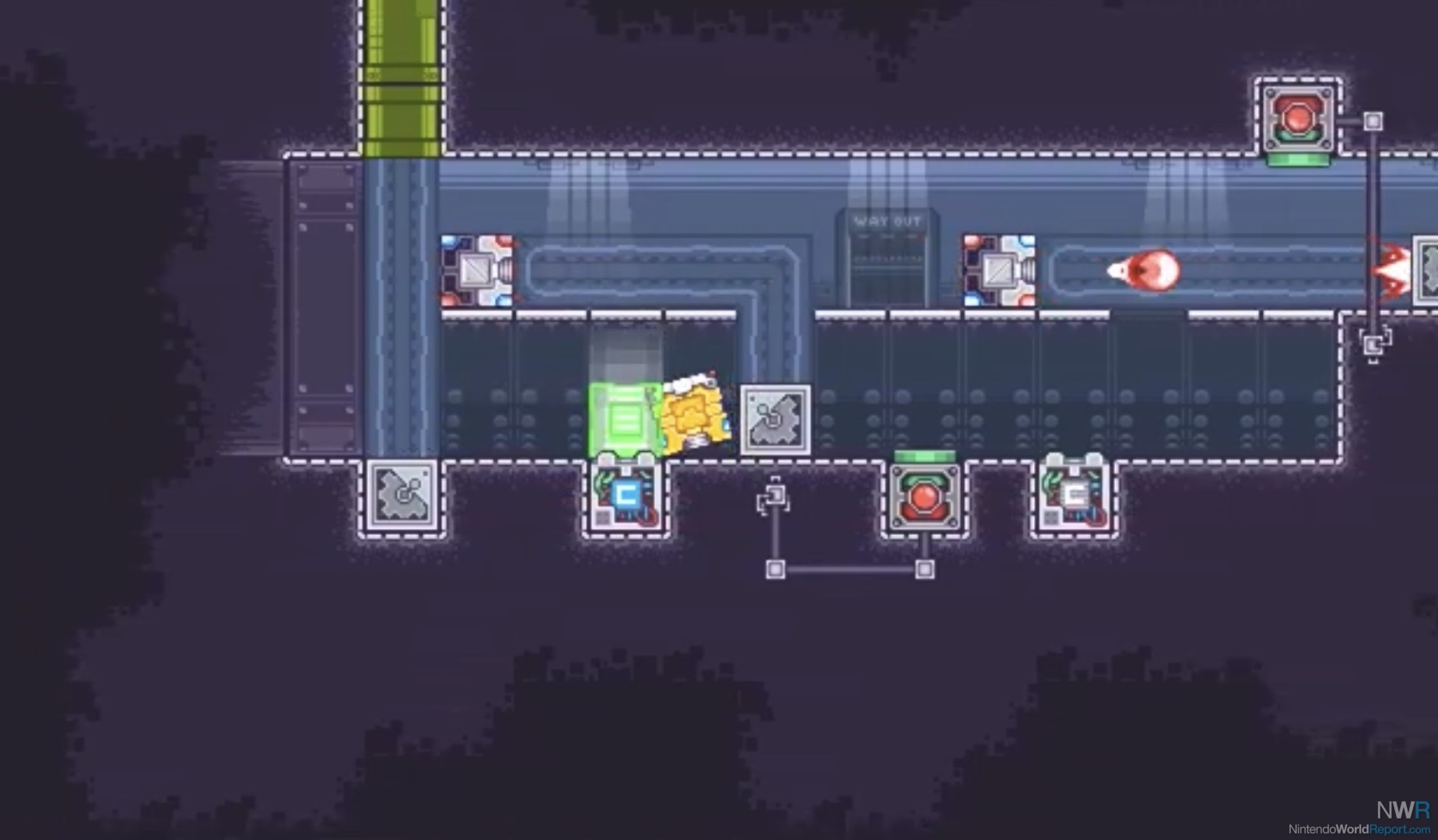 Gunbrick: Reloaded is just super fun and I’d recommend it to anyone looking for a challenging but not punishing puzzle platformer. The standard levels and boss battles are charmingly difficult and the new isometric mode is a blast, the game just left me wanting more. Nitrome continues to show some great support for the Switch, and I personally can’t wait to see what they have next up their sleeve.