Back in 2016, Enter the Gungeon took the world by storm with its frantic top-down action. After announcing that Enter the Gungeon was completed, developer Dodge Roll announced they were working on a spin-off/sequel to the original game. Finally, after an initial Apple Arcade exclusivity period, Exit the Gungeon has officially launched on Switch, bringing with it the same fast-paced action of its predecessor. The question remains, however, is Exit a worthy follow-up to Enter? 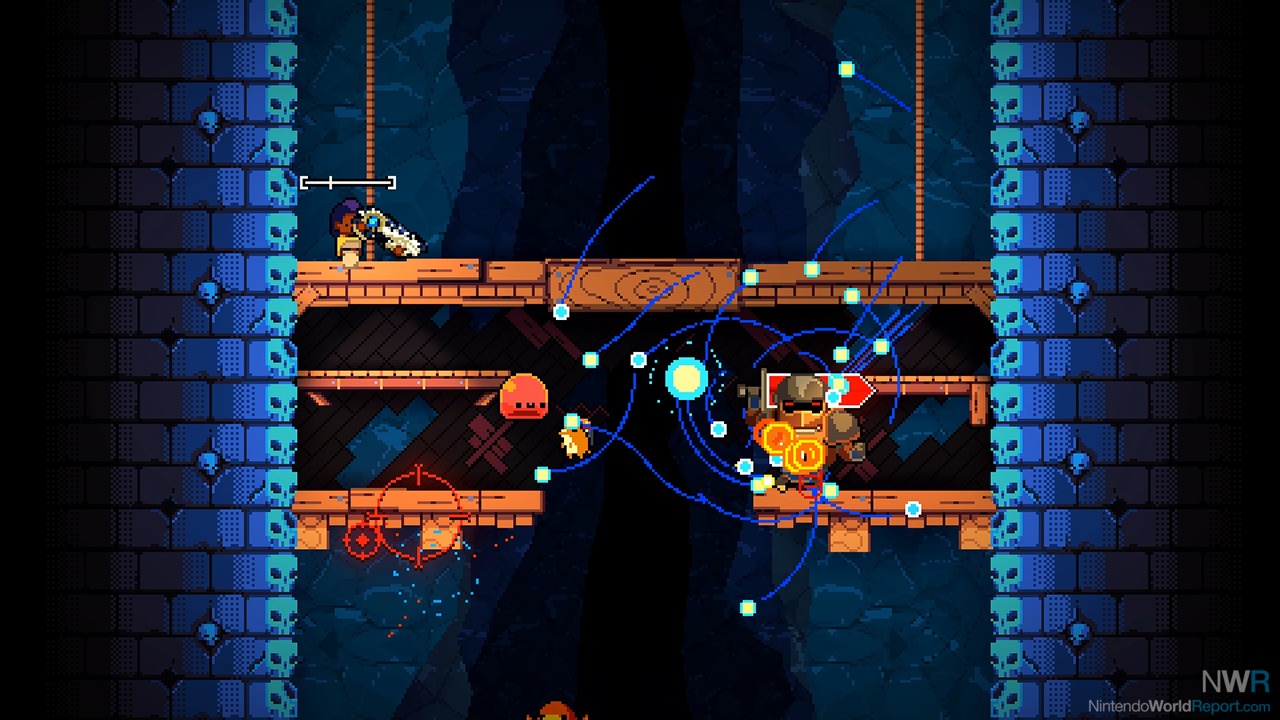 The story picks up right after the ending of Enter the Gungeon. Your Gungeoneer has just defeated the final boss and claimed the treasure at the end of the Gungeon when suddenly the Gungeon begins collapsing in on itself. Now, it is up to the Gungeoneer to escape the crumbling dungeon and reach the surface before it’s too late. The story is a perfect follow-up to the original, but issues begin to arise for those who have not played the previous title. Almost everything in the game, whether it be characters, enemies, or bosses, all act like and assume you have played the Enter. For newcomers, such as myself, I felt like I was missing some integral information about the world and its characters. However, for those who are familiar with the first game, you may feel right at home with the world of Exit. 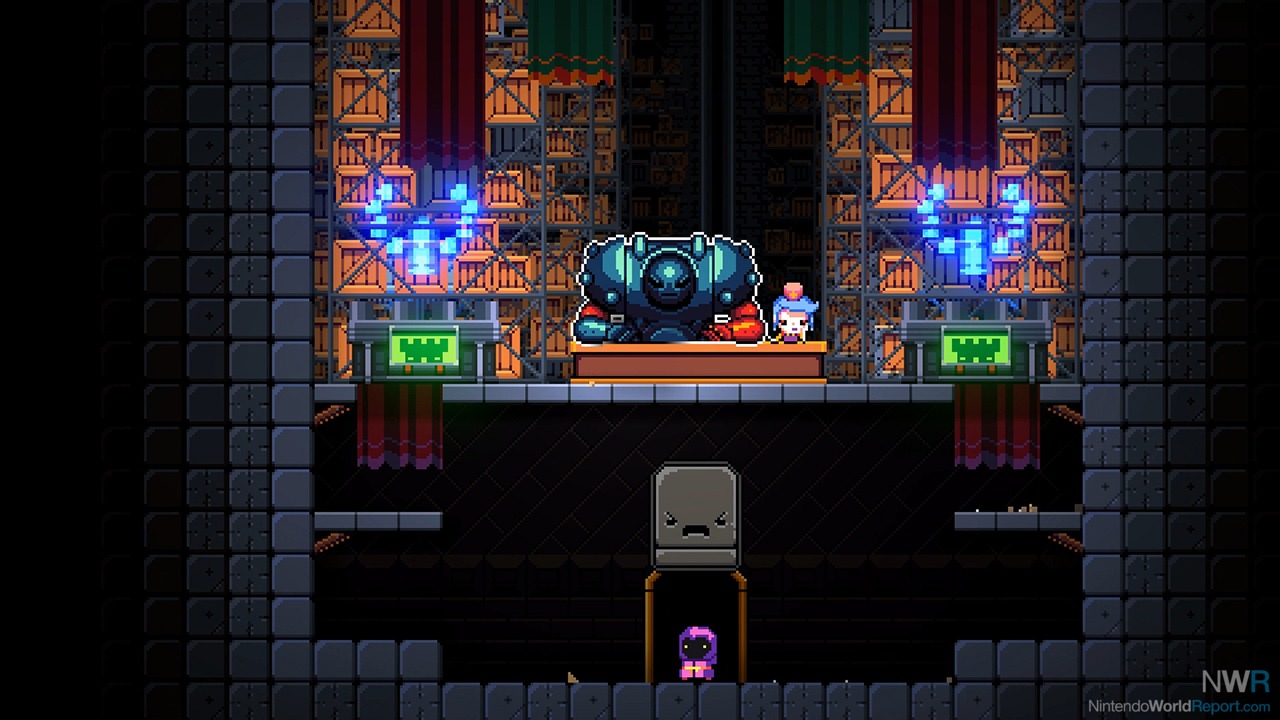 It is clear from the outset that Exit the Gungeon is very different compared to Enter the Gungeon. There is an arcade-like feel to Exit, much more than other roguelike games. The most obvious change is the difference in perspective. Unlike the top-down view of the original, Exit takes place on a 2D plane. The player can still aim in 360 degrees, as well as dodgeroll to avoid attacks. However, you can also jump to mitigate all damage from bullets while in the air. The goal is simple: ride the elevator to the top of the Gungeon while shooting everything in sight. The core mechanic of Enter makes its return—the abundance of different guns the player can utilize. However, Exit handles the weapon system in its own way. Players are enchanted at the beginning of a run, and this forces their gun type to randomly shuffle between all the available options every thirty seconds. In concept, this is a really neat idea, but the execution boils down to random chance. The wide range of weapons available is really impressive, but getting a useless weapon, like the charge shot or the egg launcher, can completely destroy your run. Losing due to random chance is never a good feeling, and during my time with the game it occurred for me more than once. 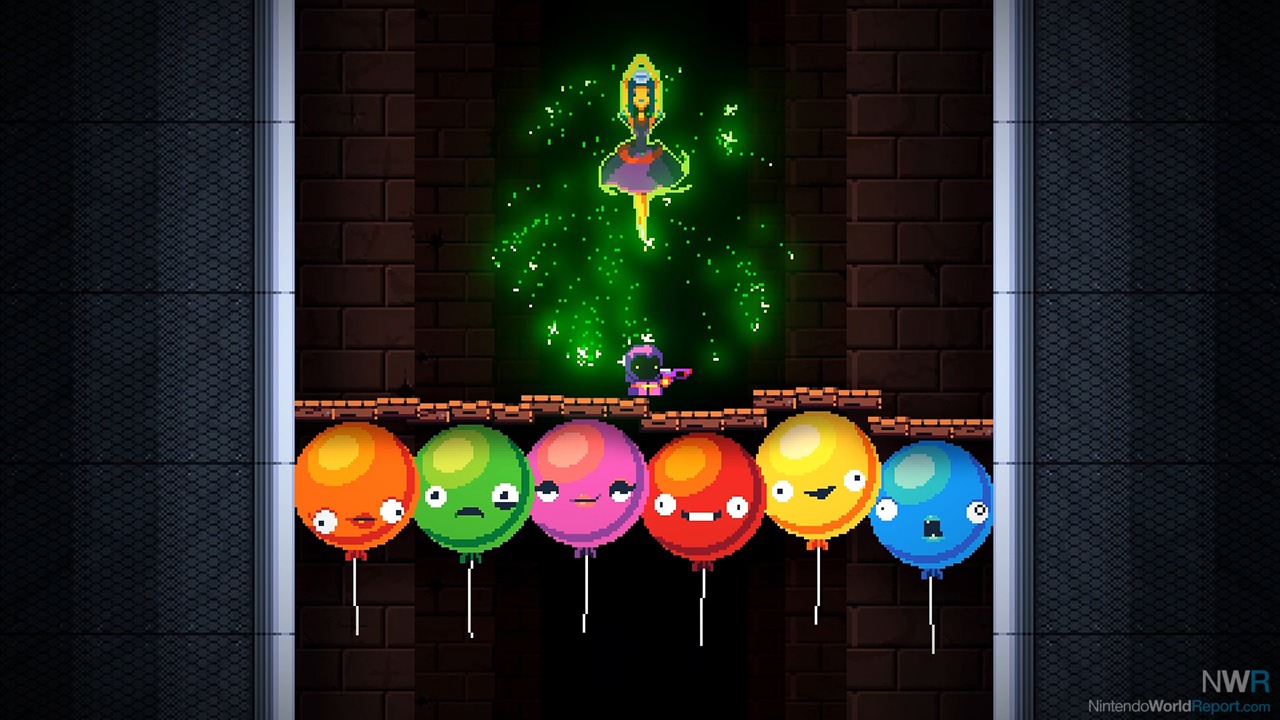 The most glaring issue of Exit the Gungeon is its accessibility. There is no mincing words here: Exit is a hard and punishing game. Bullets are constantly flying, you only have three hearts, and your weapons change so quickly that there is little time to get adjusted to them. This, in itself, is not necessarily a bad thing, but when there are no difficulty settings to make the game easier to newcomers, it can be a grueling experience. Having a difficulty option, auto aim, or even a checkpoint system would have helped, but as it stands, playing Exit can sometimes feel like you are hitting your head against a brick wall. While you do eventually get the ability to buy new guns in the hub, even then it doesn’t make a difference; the game is just too random. If it were more accessible to all types of players, it could have allowed the player to feel as though they were getting better, as opposed to feeling stuck.

Exit the Gungeon is a really fun arcade game to play in short bursts from time to time. However, once you start playing longer sessions, the random nature becomes more apparent and frustrating. Success and failure can feel out of your control, and the game just seems unfair at points. The lack of accessibility and alienation of new players makes the experience more frustrating than it should be. For lovers of the original, Exit the Gungeon comes with an easy recommendation. However, for those new to the series, it may be better to exit stage right.