A competent and classic RPG that is as familiar as it is plain.

Ara Fell is a 2D, turn-based RPG in the vein of Golden Sun but on a much smaller scale. It features colorful environments that are teeming with wildlife, enemies, and resources, all of which are more pronounced given how small the game world is. Throwback JRPGs aren’t exactly uncommon on Switch, but many of them have a hard time standing out from the contemporary crowd, let alone the classics that inspired their creation. To paraphrase Macbeth, does Ara Fell fall down when climbing the steps of its predecessors, or does it o’erleap expectations? 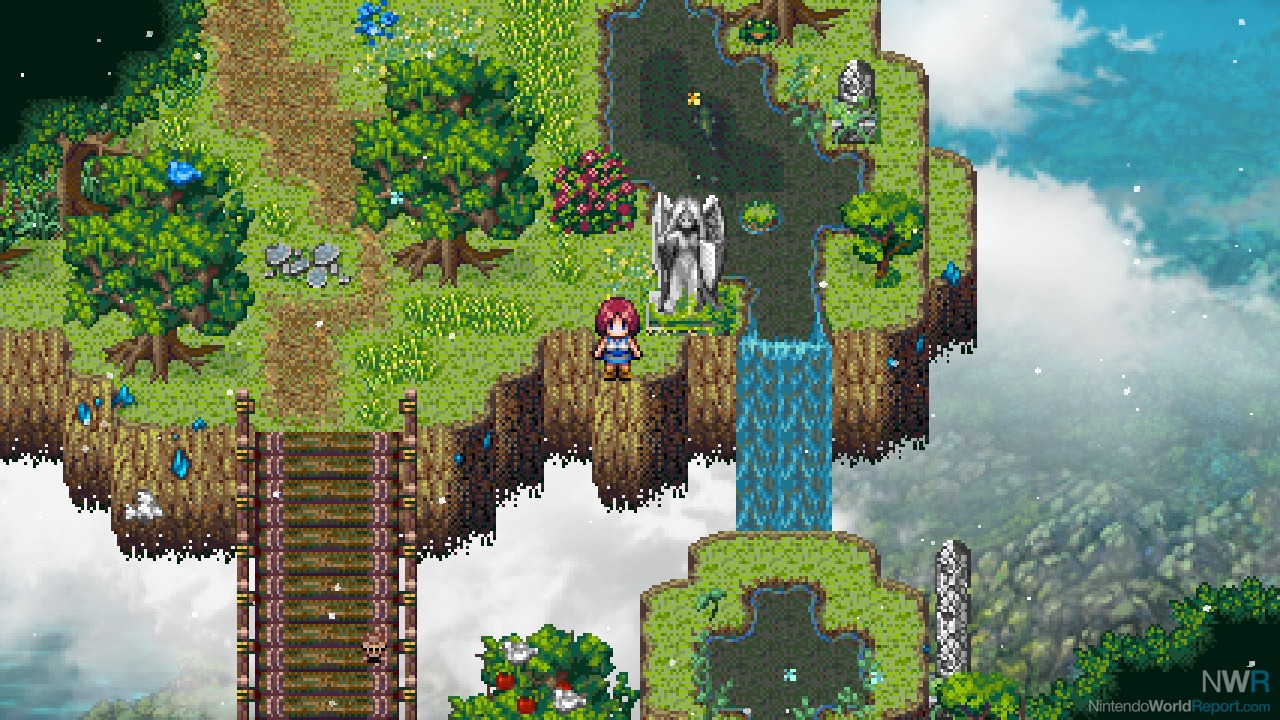 Ara Fell follows a young girl named Lita whom we meet while she is out adventuring with her friend Adrian. A skilled archer, she is plucky, curious, and self-confident. After discovering and putting on a special ring, she becomes empowered with elven magic and finds herself embroiled in a war between vampires, the humans they hunt, and the elves trying to stop them. The story will be familiar to anyone well-versed in fantasy JRPGs, but it isn’t overly compelling: Lita becomes the elves’ chosen champion as she harnesses the power of their ring, allowing her to stand a chance against the powerful vampires conspiring against the world. Coupled with environments that seem to repeat themselves and you’ve got a recipe for monotony.

Fortunately, the combat and game mechanics are much more interesting and involved. At the end of every battle, your magic and health points are restored, which makes the occasionally-necessary grinding much easier and less of a chore. Your party eventually grows to a total of four, but it’s the same four members in different configurations before you get to that point. Every turn in combat, your MP restores a little bit, so there is a strategy to figuring out which abilities to use to ensure you don’t run out at the wrong time. In addition to a basic attack, every character has multiple abilities, many of which work in conjunction with other abilities, especially Seri Kesu’s magic spells. Eventually you unlock a meter that charges up in battle and allows for unique and powerful super abilities. 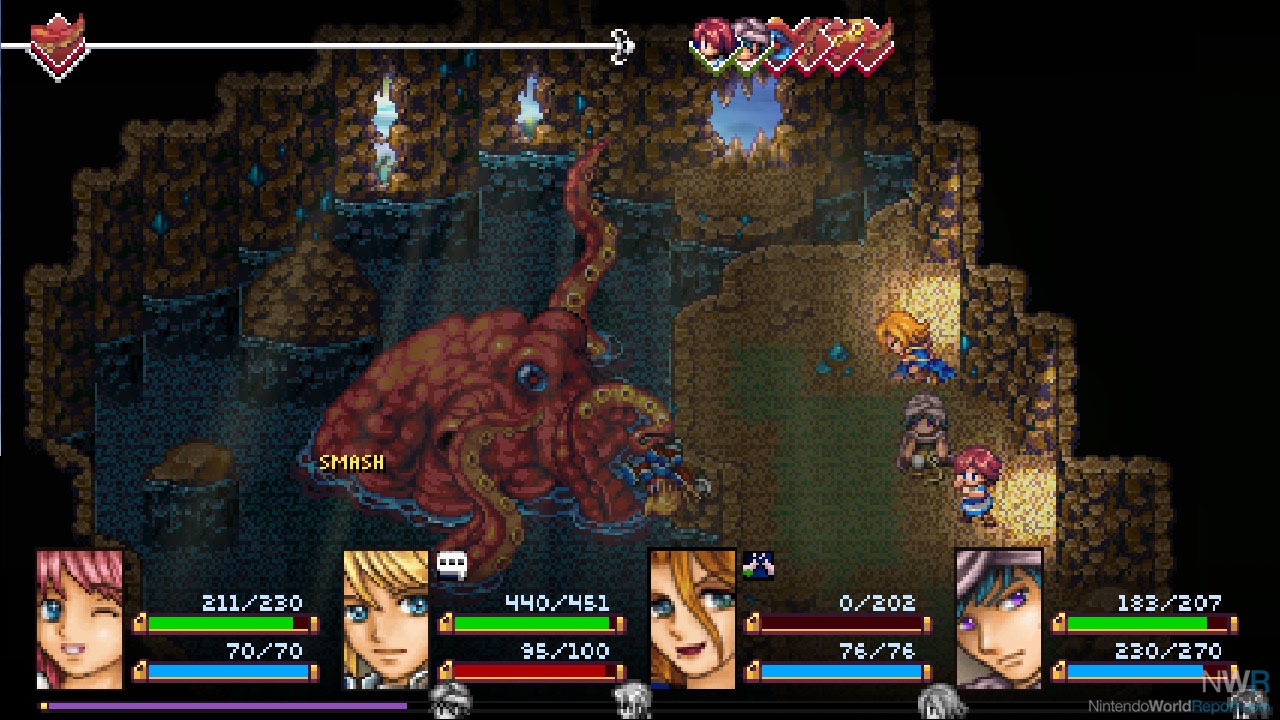 Progression is another highlight of Ara Fell. After gaining enough experience points to level up, you allocate 10 points that will raise a character’s damage, constitution, speed, or wisdom. Rather than buying armor or weapons, everything you have equipped and all improvements to your gear are brought about by crafting, so it’s vital that you seek out sparking areas in each environment that signal ore or other materials you can gather. Abilities can also be upgraded through items you find in treasure boxes or secret passages. Because of all this, exploration is incredibly important; upgrading a weapon or piece of armor can bring about significant stat gains.

Ultimately, Ara Fell is a fine but unremarkable RPG. It doesn’t really do anything new, but it can serve as comfort food to anyone who loves turn-based combat and 2D gameplay. At times, the visuals are reminiscent of Secret of Mana, but the soundtrack here pales in comparison, and I suppose that’s one of my main takeaways from playing Ara Fell. It gives you a taste of JRPG experiences you’ve already had, but doesn’t really do anything new or bold. Its 10-12 hour runtime can provide some tense moments against challenging bosses, and four difficulty modes allow you to customize the experience to your liking. If you’re looking for the next gripping narrative or memorable character moments, this is where Ara Fell trips up. If you just want a simple and recognizable JRPG experience to add to your Switch library, you could certainly do worse.