Good Job! was among a handful of titles that shadow-dropped onto the eShop following the latest Nintendo Direct presentation, and given that the title was both announced and released on the same day, you'd be forgiven for not knowing much, if anything, about it. Quirky title notwithstanding, this action-puzzle game revolves around completing a specific objective in the rooms of an office tower by manipulating objects and people in each room. Its simplistic aesthetic places the focus squarely on the gameplay, which is decidedly better than just good.

The story of Good Job! sees the boss of a company inviting their presumed heir into the workplace to see if they can manage and oversee all of the day-to-day operations of the business. Each of the nine floors of the office tower represents a different facet of the business, such as maintenance, finance, or marketing, and the tasks on that floor are generally aligned with its role in the company. Except for the final two floors, the first seven each contain four stages, and by completing all four you earn a promotion that unlocks the next floor. This makes for a total of 32 stages, most of which have unique objectives that add a lot of variety to the overall experience. 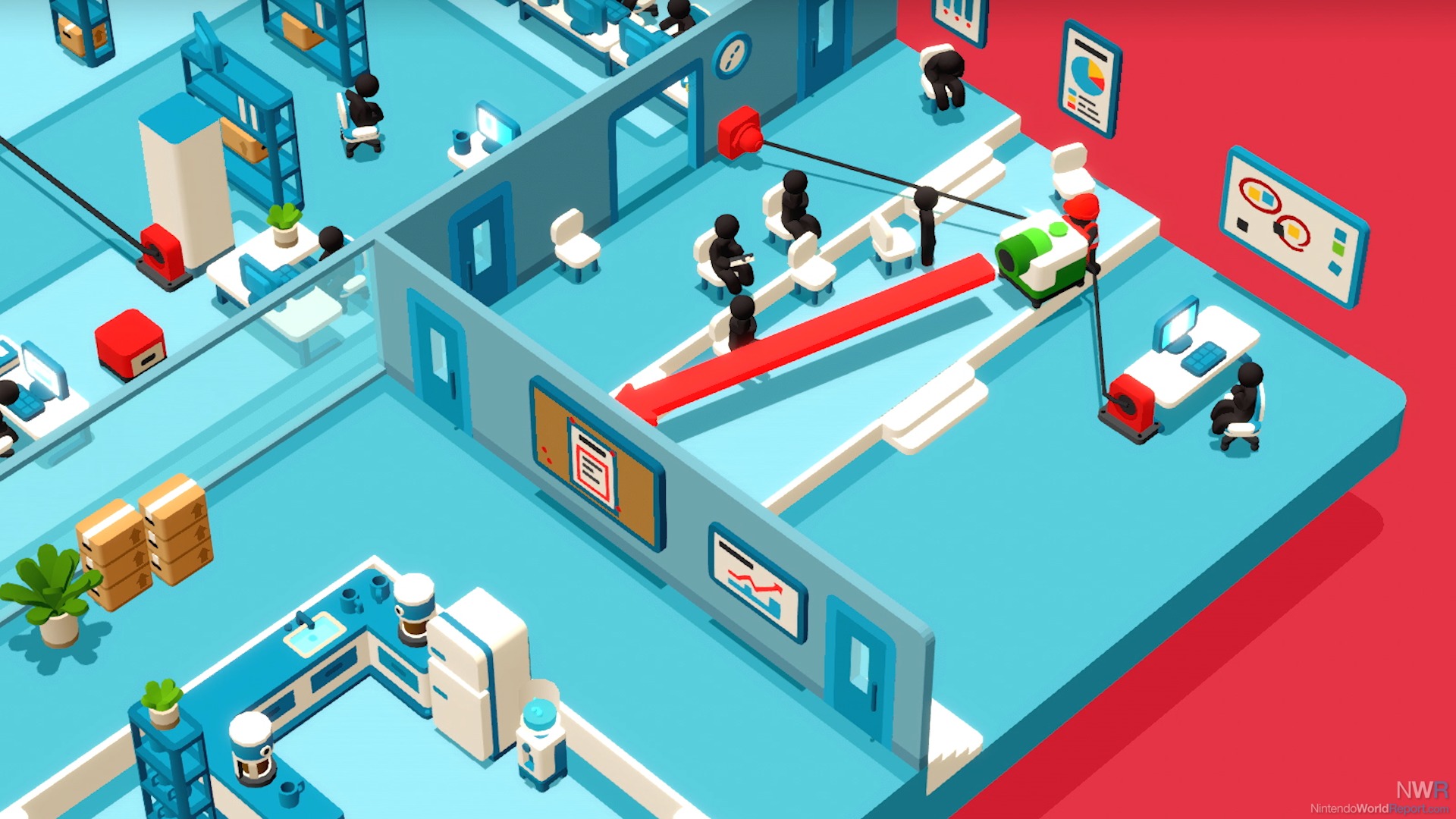 The stages themselves are never overly challenging, but some can take much longer than others to complete. For example, one level tasks you with reconnecting all of the Wi-Fi devices so that all of the employees in the room have internet coverage. It's not as simple as just plugging in every router since there aren't enough to fill the whole office; instead, you have to strategically place mini signal boosters to bring coverage to more remote areas of that particular office. A later stage is filled with conveyor belts and tasks you with assembling robotic cars and delivering them to one specific corner of the room. Even though some stages repeat the objective of bringing different-colored packages to a given area of the room, the ways in which you navigate the room and accomplish that task always change. They can change even more if you decide to try the game in two-player co-op.

Each room features up to four collectibles, too: two hats and two shirts. Finding and claiming all of these adds another level of challenge to Good Job!, and you can equip your new-found clothing to change the look of your character. After successfully completing a stage, you are graded based on how fast you were, how little monetary damage you caused, and how few objects you destroyed. You also earn an overall ranking that seems to just match your biggest grade, and so even if you destroy an entire office and earn two D's for destruction and an A for speed, your final grade will still be an A, which feels a little counter-intuitive since breaking everything in sight can often be a quicker way of finishing the task at hand. That said, watching walls crumble, expensive vases smash to pieces, and shelves topple over never gets old. My personal favourite was using plugged in electronics as slingshots, sending furniture flying through the level. 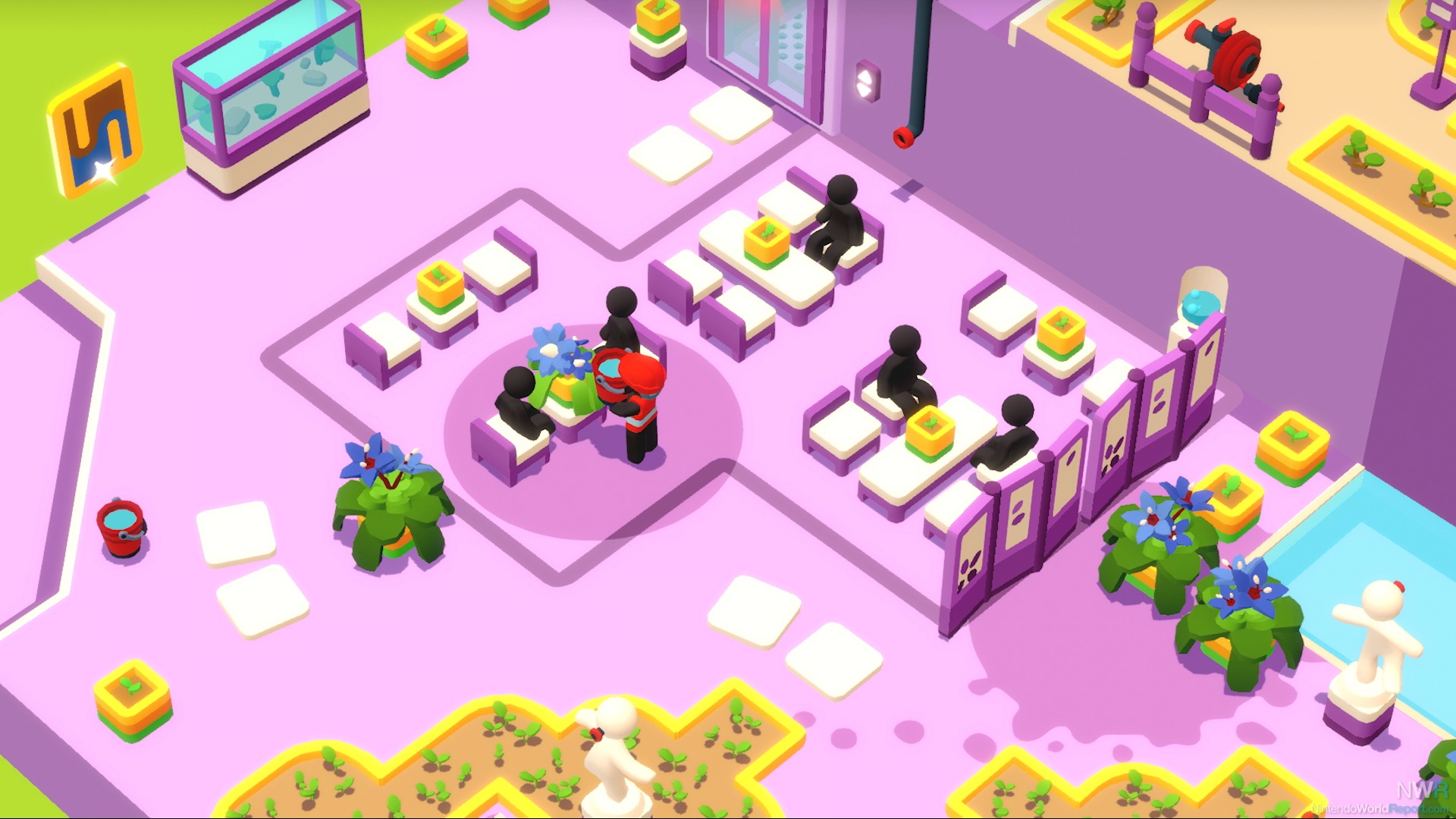 Very early on, I knew that Good Job! was special, but it captured my attention from the bottom floor all the way up to the penthouse. The rudimentary presentation truly complements the humor of the physics and the fun of completing the objectives. Every floor of the office tower feels fresh, and reaching the end of the game brought both great satisfaction and also that bittersweet realization that I was finished with another wonderful gaming experience. Minor issues such as not being able to control the camera and occasionally finicky controls fail to hamper a thoroughly enjoyable puzzle game. If you are looking for a charming, funny, and innovative new game to play while cooped up inside, Good Job! represents one of the best candidates for the position.

This intrigued me in the direct, Switch has been on fire when it comes to coach co-op

Bought it. I normally wait for sales. I didn't with this. Worth it!