A simple yet enjoyable 3D-puzzle platformer.

Mekorama is a charming 3D puzzle game in the vein of Monument Valley and Captain Toad. Across 100 total levels, you guide a small robot named B around obstacles and through structures to reach a red marker that signifies the goal of each stage. In addition to actually directing B itself, you can also manipulate platforms and levers in the environment to open up new pathways or move B from point A to point… you know. While the perspective and camera can sometimes make it hard to decipher your next step, there is a decent amount of variety on display and a smooth difficulty curve. 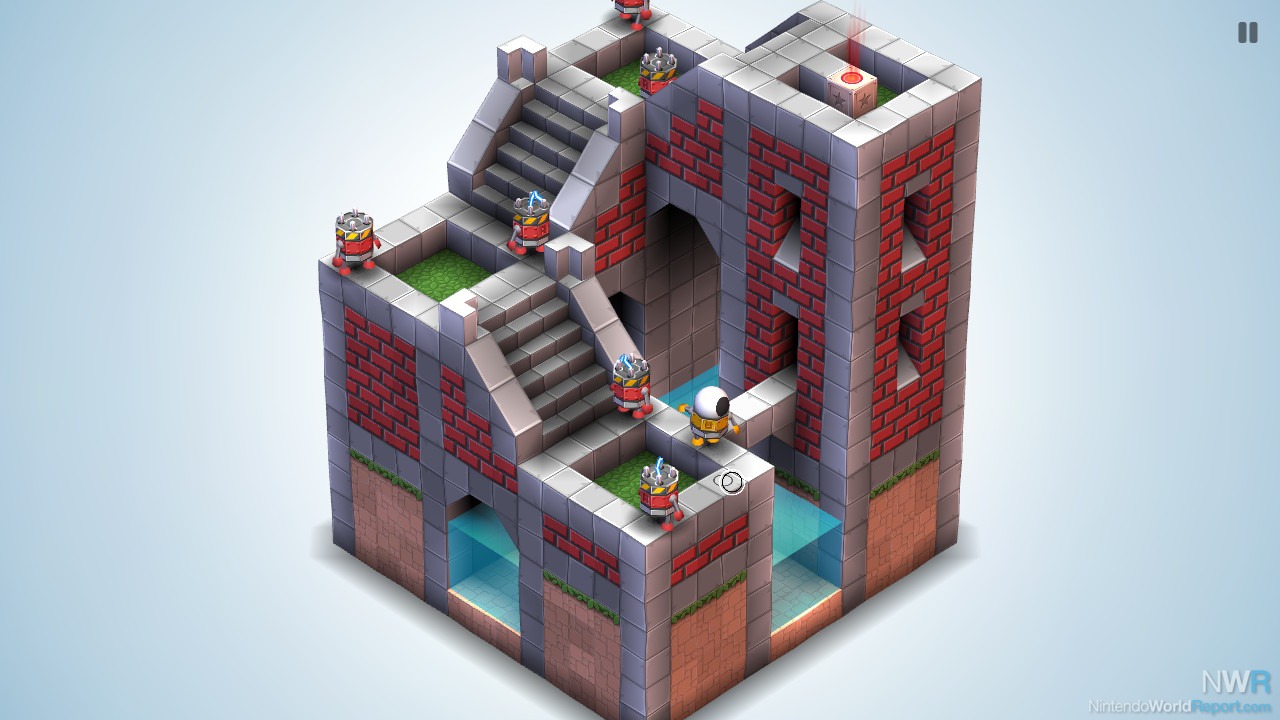 Originally a mobile game from 2016, Mekorama’s Switch incarnation actually has twice as many levels as the original version. It’s worth noting that the mobile version is free to download, so you could always try it before investing in the meatier offering on Nintendo’s platform. You can control B via the touchscreen or by through a point-and-click cursor. The cursor can be a little tricky to handle, especially when you are using it to manipulate platforms, so it’s nice to have both options. You have the ability to rotate the camera around the 3D structure you’re attempting to navigate, and you can also zoom in and out, but unfortunately you can’t take free reign of the camera. This leads to situations where B can be partially or fully obscured within an interior space, and you have to resort to trial and error to help the little robot through.

The stages themselves are divided into four difficulty levels, with 25 stages for each setting: Easy, Medium, Tricky, and Hard. The challenge ramps up gradually, and most stages are different enough that the overall experience feels varied. There’s also a level editor if you’re so inclined, but there’s no way to share levels online. Some of the first stages in Mekorama are very basic navigation puzzles where you’re just guiding B from the bottom of a tower to the top, for example. Almost immediately, though, you’ll begin raising platforms up and down to allow B to reach new areas or you’ll have to rotate blocks to open doorways so that B can make its way through a corridor. Later puzzles involve avoiding enemy robots that can zap you with a laser and even guiding a ball through obstacles a la miniature golf. One odd quirk that’s worth mentioning is that B can be knocked off a stage with no way to get back to the starting platform, and so you just have to restart the level. It would have been nice if the game just restarted the stage for you at this point since you can no longer complete the objective, but it’s not a major issue. 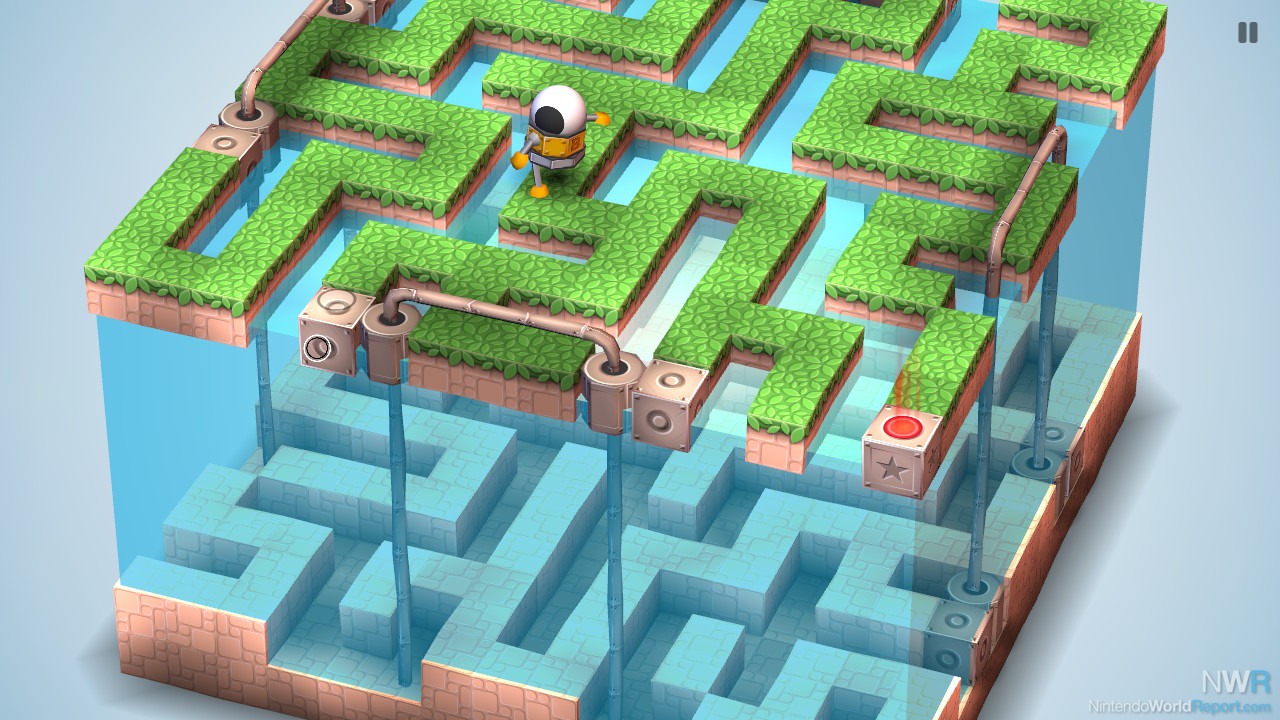 Mekorama’s simple visuals and gameplay do nothing to hide its mobile roots, but we’ve seen scores of titles make their way from that platform to Switch. The transition for this game is certainly a very positive one given all the extra content and the added control scheme. While the music and sound effects are unremarkable, almost every stage presents a new and interesting challenge that would generally take a minute or three to solve. Those looking for a lighter, low-stress puzzle experience would do well to show Mekorama some love. I’ll give it a B for effort.