It's far less engaging than Streetcar.

Originally released late last year on Xbox One and iOS, SkyBox Labs’ "cinematic platformer," Stela, has now landed on the Nintendo Switch. While beautiful and engaging, Stela is ultimately an empty title that brings to mind the better games that inspired it: Journey, Limbo/Inside, and shades of Oddworld: Abe’s Odyssey. It’s a mercifully brief title, clocking in at under two hours, but I must admit I struggled to finish it. 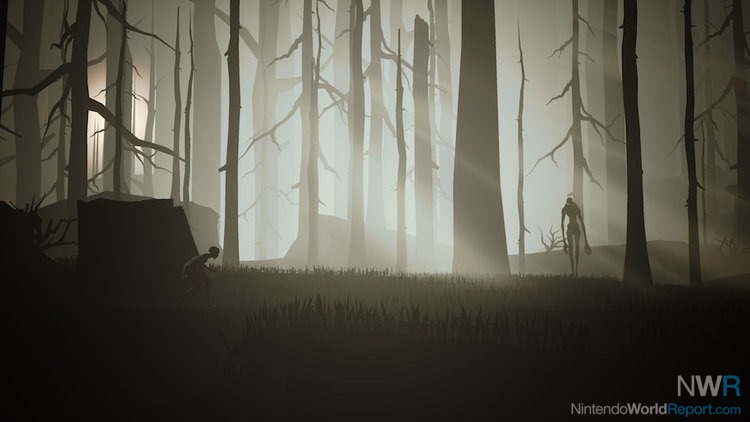 I will say that Stela is gorgeous. You take the role of the title protagonist, a woman in white clothes who wakes up in a temple and, upon walking outside, surveys a mysterious and initially intriguing world. You will spend the majority of Stela jogging to the right, avoiding creatures and hazards and solving simple puzzles to progress. Sometimes you will stumble upon a collectable. You’ll die a lot, but you’ll respawn quickly right before you fell.

Stela will explore a spooky forest, a burning wasteland, a vast desert, a subterranean temple, and more. All of these locations are haunting, populated by unique creatures and interesting puzzles, but do not hold together: while the areas are not labeled, they are as sequestered from one another as the typical environments of a Mario game. The lines separating them feel arbitrary and inorganic. The collectables you’ll occasionally find don’t seem to affect your progress in any way, but instead funnel into an Achievement system that’s simply not present on the Switch.

Compounding this issue, Stela also lacks any sort of narrative thread, making her journey through sharply-delineated biomes all the more meaningless. The game throws breadcrumbs toward you throughout, hinting at a larger world: an army firing arrows in the distance, an Old God snaking its tentacles towards you, a moonlit woodland populated by ill-proportioned humanoids. Who built the dilapidated lookouts in the desert? What cataclysm befell these ancient ruins? And then, of course, that final level.

These are not questions Stela is interested in answering, or even exploring. One wonders if there was, at one point in development, some grander design in mind, an overarching narrative that, for one reason or another, had to be abandoned. That said, even ambiguous stories can be told well: Journey is one of my favorite games of all time and its through line is, at best, open to interpretation. This is because it’s so aesthetically consistent: it’s content to show, not tell, but also provides enough background information so that players have something to go by. Stela provides neither, and suffers for it.

Puzzles often utilize objects that Stela can drag or carry, but if you’re not playing it on your TV, these objects can sometimes get lost in the background. The game’s final geometry-heavy area is frustrating in that it’s not always clear what you’re supposed to do, and the blocky aesthetic feels less like a purely creative decision and more like a budgetary one.

Stela feels like a golem, crafted from the bones and sinew of better titles. Sometimes, this can be a successful experiment: Darksiders, for example, may not contain a single unique gameplay concept but manages to forge its own path through its worldbuilding, characters, and art direction. Stela accomplishes no such feat, and so I spent most of my playtime wishing I was playing its inspirations instead.