Turns out taking the loose framework of Ace Attorney and adding a dash of Picross is totally brilliant.

I’ve long enjoyed the Ace Attorney series, but have often struggled finding games that match up to its specific breed of quirkiness and enjoyment. Thankfully, the developers at Mediatonic must have had the same experience as Murder By Numbers is an adoring complement to the beloved Capcom series, featuring a similar case-based setup, overarching narrative, and a relatively bizarre setting. What makes Murder By Numbers fully stand out though is that it also drives that style of game forward with the brilliant addition of nonogram puzzles (aka Picross) as a significant portion of the proceedings. Not only is this an amusing visual novel with murder mysteries and deduction, it’s also a respectable Picross game. 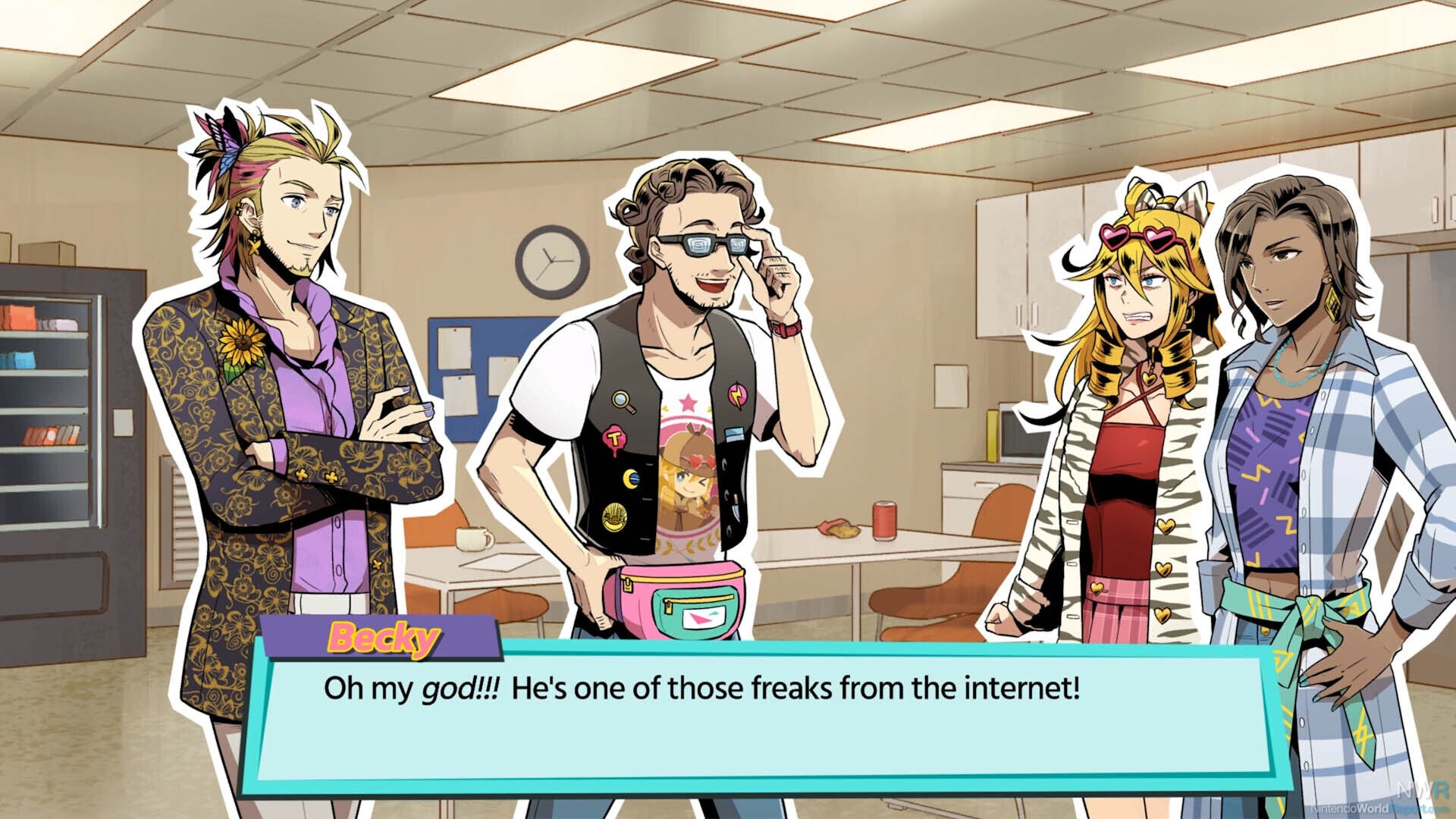 Murder By Numbers stars actress Honor Mizrahi who stumbles into a side hustle of sleuthing after someone close to her TV show is murdered. At the same time, she also meets a talking robot named SCOUT, who is a cute and helpful ally during the investigations. The four included cases vary in length, with the first being about an hour or two and the later ones creeping into multi-hour territory. Each one is a clever, well-written mystery with multiple twists and turns. They’re very much linear, which isn’t necessarily a problem, though you definitely are forced to make specific decisions at different junctures. 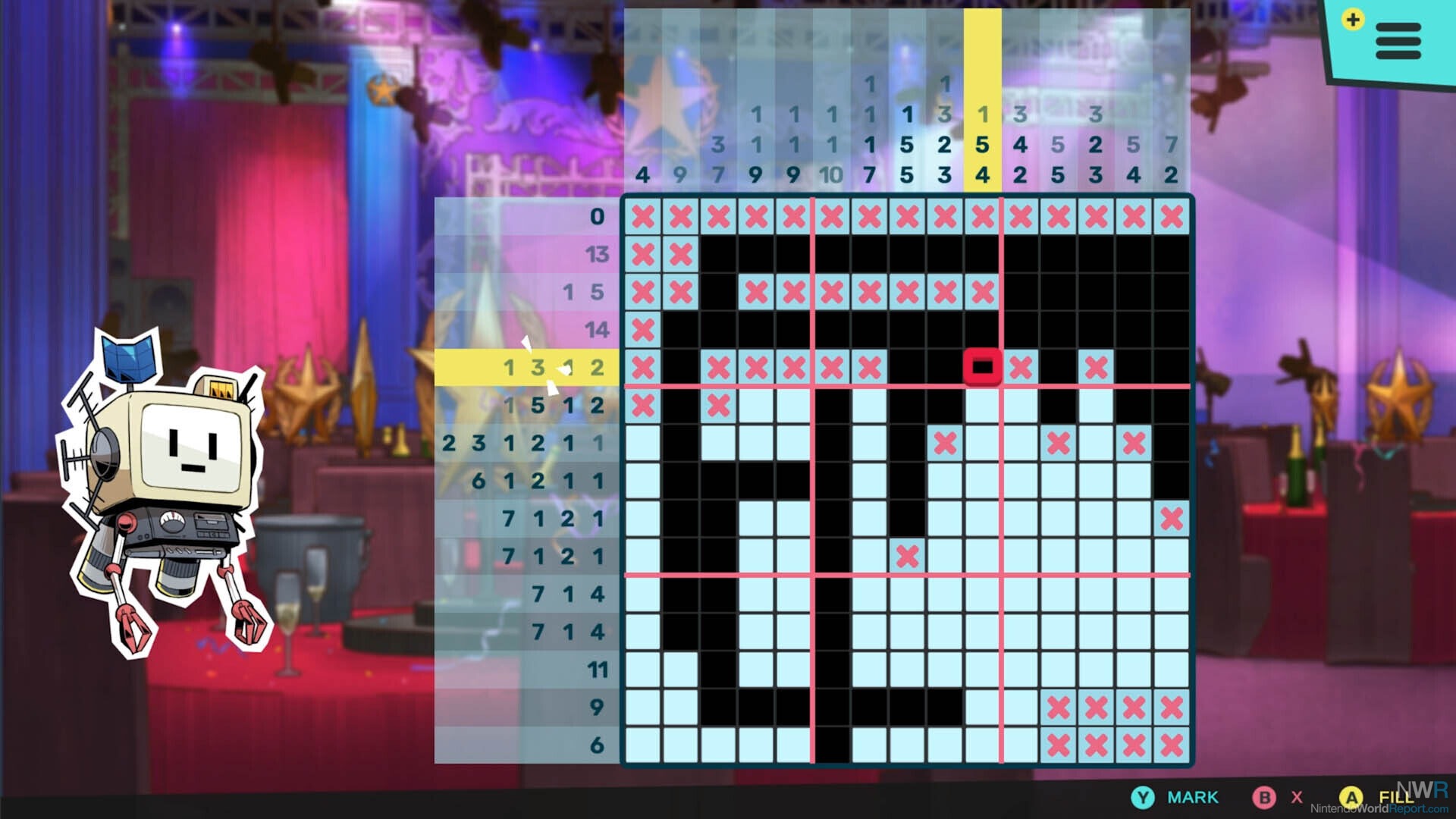 The general flow involves lots of character dialogue interspersed with nonogram puzzles, discovered by investigating crime scenes. If you’ve ever played Picross S or Pic-A-Pix or any of the numerous Picross-inspired games on the Switch and elsewhere, the basics should be very familiar. Murder By Numbers does contain one of the most effective nonogram tutorials I’ve ever seen though, so even if you’re a nonogram newbie, getting up to speed shouldn’t be that tough. For better or worse, I’m well versed in Picross gameplay. To that end, Murder By Numbers has a nice difficulty curve. You’re going to be greeted with challenges, but not every single puzzle is arduously hard. Toggleable hint methods can speed up the puzzling if desired. As you complete puzzles in cases, you also unlock a few dozen puzzles outside of the cases, which makes this game a decent little Picross game in its own right. 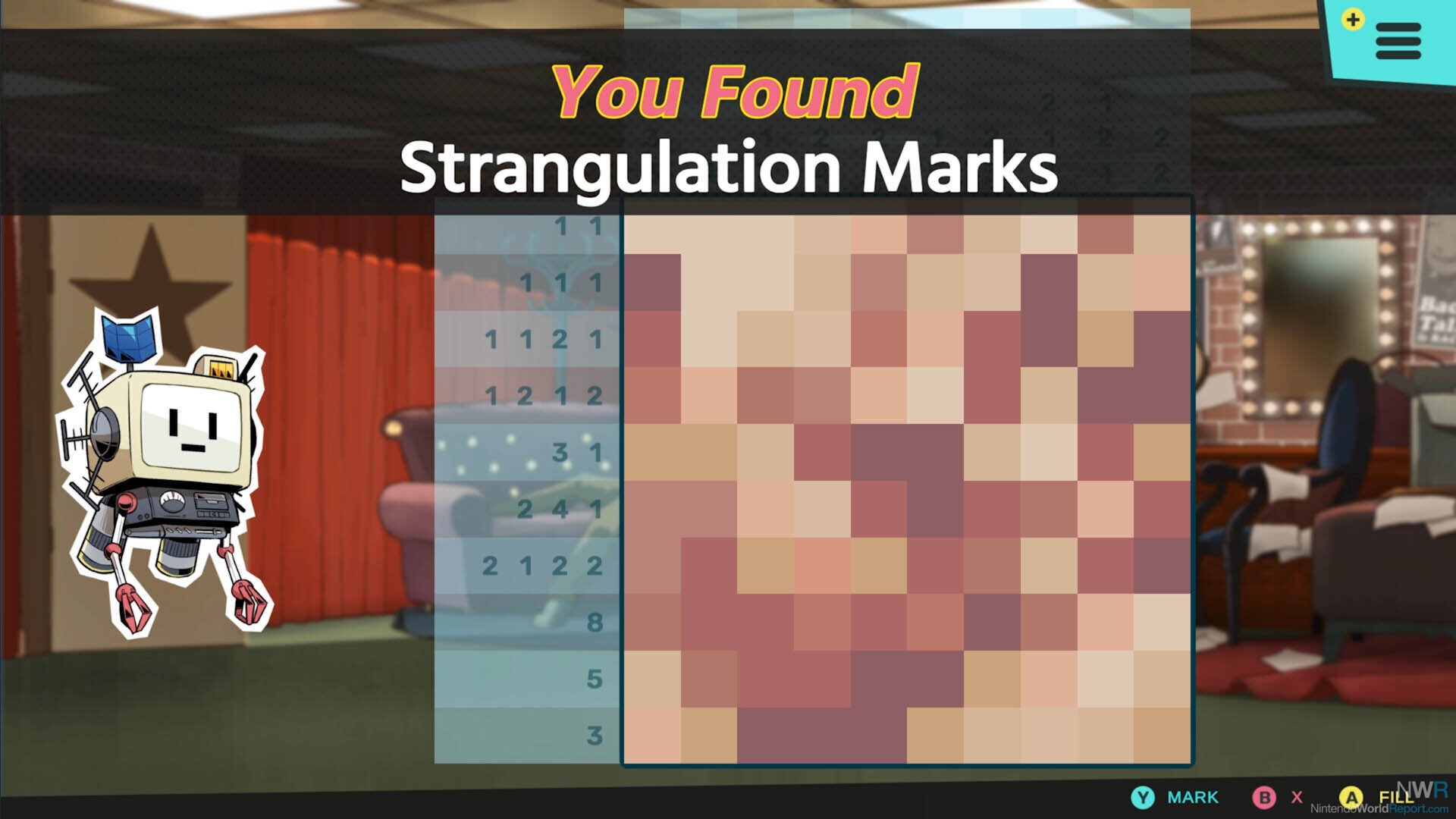 The puzzles provide a pleasant break from the overall meat and potatoes of Murder By Numbers, which is the world and the characters. It’s all set in the 1990s, so that style is ever present. Honor’s friends, family, and new acquaintances are all memorable in their own ways. Part of the fun is meeting them yourself, but what struck me about the people you meet in this game is that they all have that immutable Phoenix Wright feel, where characters are ridiculously over the top and animated but don’t make the high-stakes drama of the story lesser. The art is delightful, with bright ‘90s pop influences and a distinctive look. That aspect comes a bit from Hato Moa, the Hatoful Boyfriend creator who worked on character designs for this game. The music and sound design perfectly complement the art, sounding like it’s straight out of an Ace Attorney game, which makes sense since Ace Attorney and Ghost Trick composer Masakazu Sugimori worked on the soundtrack.

When Murder By Numbers was announced, I was excited for a game that fused Ace Attorney and Picross with style. I’m pleased to not be let down by my cascading hype as it turns out that Mediatonic has a firm grasp on the distinctive appeal of Ace Attorney’s world and characters, putting together a flashy and bright ‘90s world that wouldn’t feel out of place if it was actually across town from Phoenix and the gang. Throw in the well-executed Picross puzzles and you have yourself one of the best surprises of 2020. Here’s hoping we can see more of this enjoyable cast of characters and welcome visual novel twist.