EQQO is a blind monk, who has to guide the egg of a godlike creature through a temple full of traps, puzzles and monsters. The game is inspired by Ethiopian mythology and blends the art-style of Journey with the puzzles and design of the DS-Legend of Zelda games. Although EQQO provides a good combination of worldbuilding and puzzle solving, it unfortunately falls short of delivering a lasting experience which doesn’t feel completely at home on the Switch. 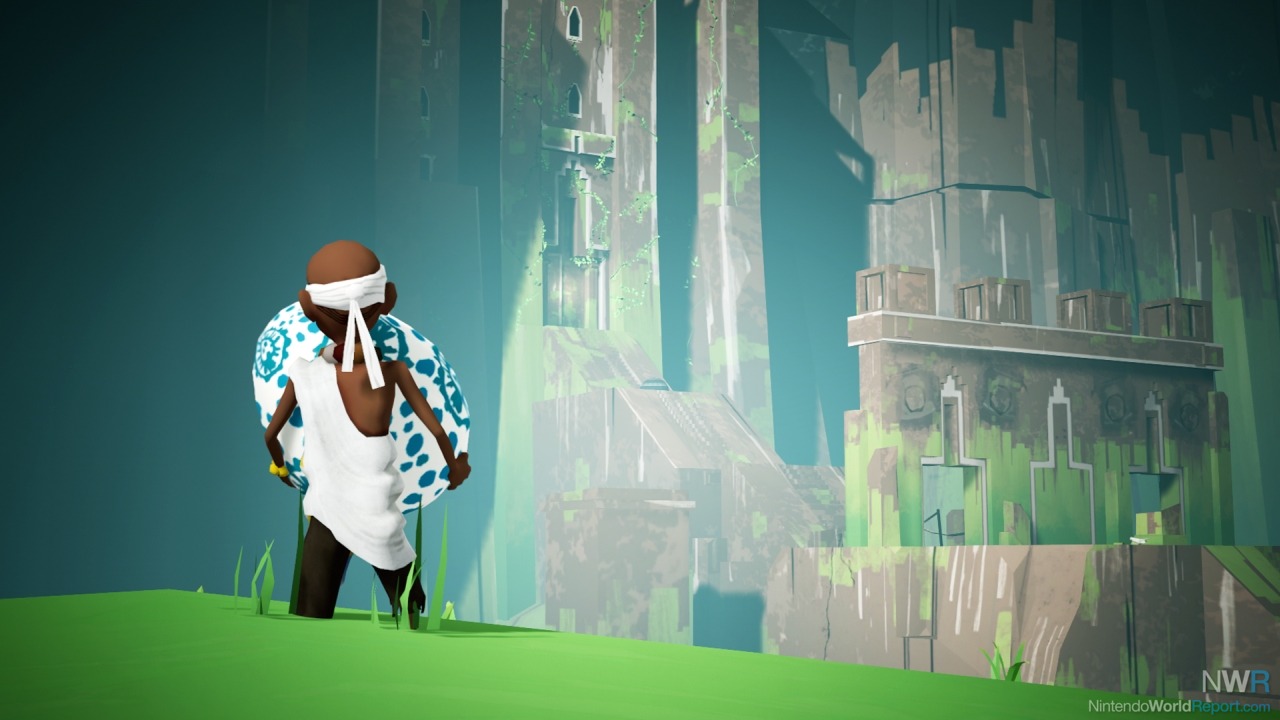 You control Eqqo by tapping the places where he’s supposed to go and having him interact with mechanisms in order to solve puzzles and help move the egg through the temple. Since Eqqo cannot see, the player acts as a guardian for both him and the egg. Each of the five chapters introduces a new element where the two of them can work together. For example, pressure sensitive switches require the weight of Eqqo and the egg in order to open panels and activate elevators. As the story progresses, you must save the egg from peril multiple times and multi-task between puzzle mechanics and exploring the rooms of the temple.

The hardest part of the game is controlling the point of view. The player is always observing the rooms in the temple from afar and can move the camera by finding new vantage points to get another perspective. While this works in practice, I found that the gameplay was more suited for a mobile device than the Nintendo Switch touchscreen. EQQO supports the use of the control sticks and buttons, but it’s clear that the developers intended for players to use touch controls. Like in one specific area, you need to scratch dirt from the walls in order to reveal fresco’s that provide clues for progressing. This means that you must hold the switch in one hand while dragging and touching the screen and this can become a bit of a difficult task. Gyroscope controls are turned on by default, but this only made the experience worse. Moving the camera around while holding the console in handheld mode, made the game even harder to control and after the first few levels I decided to leave the gyroscope controls and focus on just the touch screen. 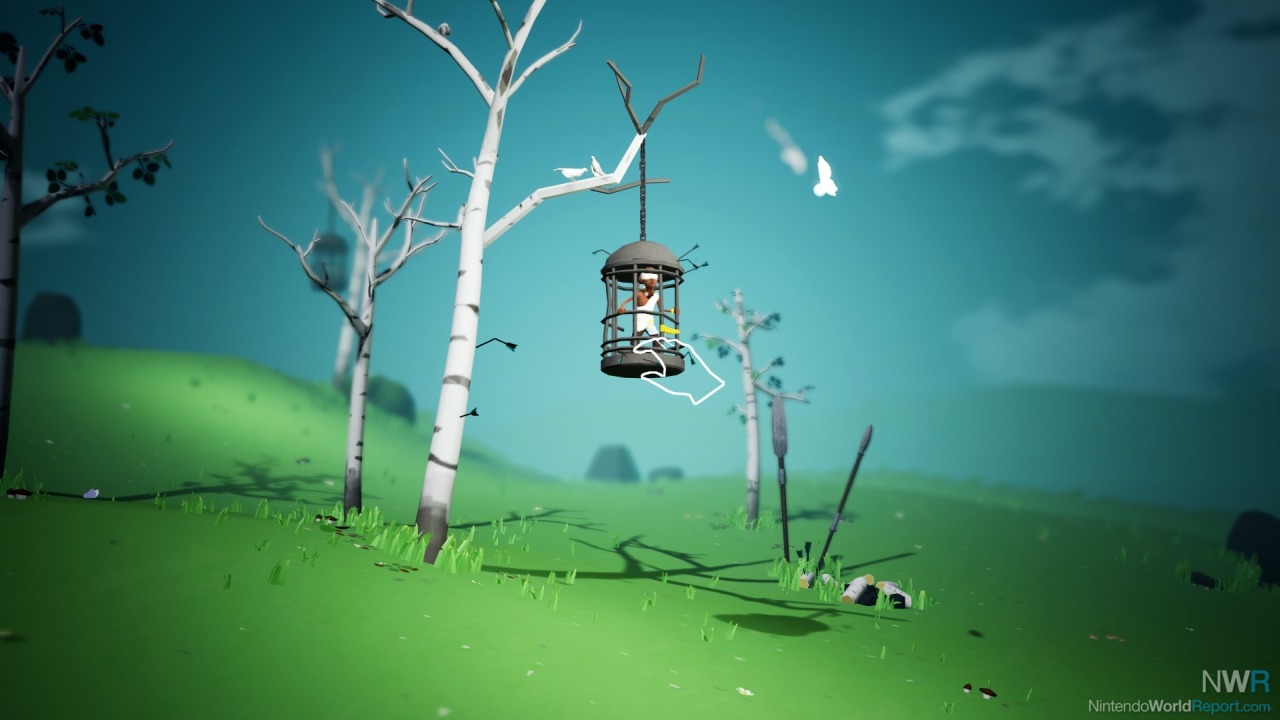 Once you get used to the controls EQQO is a whole lot of fun, if not a bit simple. The puzzles are not all brainteasers, and most of them require similar techniques in order to progress. The process of standing on a switch, lowering chains and guarding the egg from monsters, tends to become repetitive. I do think this game might be a great introduction for younger players who aren’t too familiar with Zelda-like puzzle design and temples. For players who are familiar with the series, there isn’t much on offer here aside from the visual style and the story.

A great touch to mention is that the developers partnered with the charity WeForest. By purchasing DLC for one dollar, the money is donated to helping restore forests around the world. The DLC is cosmetic and gives Eqqo a special tree to rest under in the opening of the game. Still, this is a neat touch and fits nicely with the themes of growth, caretaking and being in touch with nature in the story.

While the switch version of EQQO is probably not the ideal way to experience this story, it is a cute and small game that is great for someone who is looking to play something in short bursts. Take your time getting adjusted to the controls. If you take on a chapter each night, you will more than get your money out of it. Just don’t go in and expect a full top-down Zelda dungeon experience.