This second collection of Psikyo shooters doesn’t quite stay on target.

Psikyo Shooting Stars Bravo is the second compilation of Psikyo games and is releasing about a month after Shooting Stars Alpha, which I reviewed here. Bravo includes three vertical shooters, two horizontal shooters, and one brick-breaker game; four of the titles can be played in TATE mode using a Flip Grip accessory, which I highly recommend. All of the games except for Arkanoid-like GUNBARICH feature two-player co-op, but this package doesn’t quite have the allure of the first. Here’s a brief run-down of Bravo’s six games.

GUNBIRD and GUNBIRD2: The two GUNBIRD games are strong points of Psikyo Shooting Stars Bravo. They are solid vertical shooters with five playable characters and seven total stages that loop twice. Each character has a different ending scene that is unlocked after completing a single loop of the seven stages. The multi-stage boss fights and enemy variety make each level replaying multiple times with different pilots. That said, the gameplay is pretty basic: your weapon can only be powered up three times, and only GUNBIRD2 has a special meter; the first game only has bombs. The music is upbeat arcade shooter fare, but it can be drowned out by the loud sound effects, so it’s worth tweaking the options. 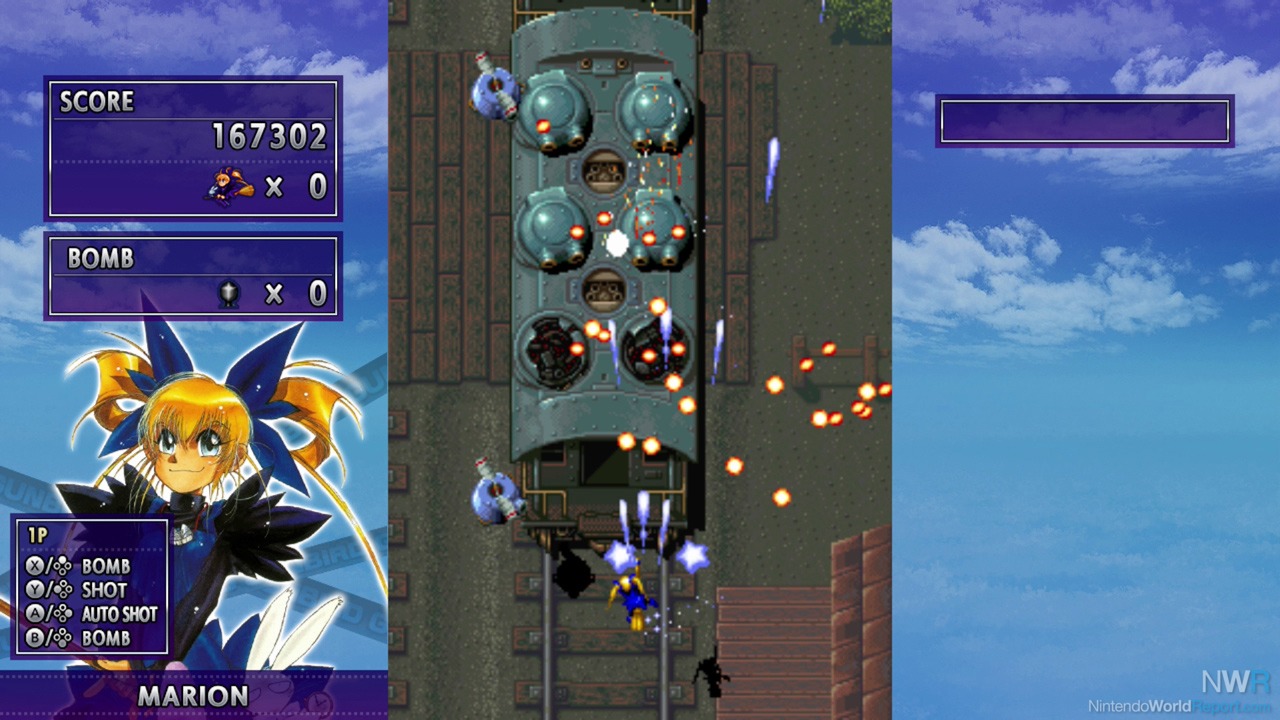 GUNBARICH: This Breakout clone stands out from the rest of the package primarily because it’s not a shoot-’em-up. Featuring Marion from the two GUNBIRD games, GUNBARICH is a little more intense than the Alleyway game you played on Game Boy. Rather than a standard paddle, the player controls a pair of moving flippers that give you the ability to better aim the ball and power-up your shots. In addition to breaking blocks, each stage has a time limit that takes away a life if it expires and a magician who drops power-ups for you to collect. Many of the game’s 20+ stages feature enemies that shoot paralyzing fireballs that you have to volley back before they explode beneath you, and every third stage features a boss fight that adds nice variety to the experience.

Samurai Aces Episode 1: The final vertically-oriented title, the first Samurai Aces features a Japanese theme and six playable characters. It also has light story elements with different endings, but the stages feel shorter and the bosses less complex. The final boss is an exception in that it has multiple forms and is really satisfying to take down. There’s some decent humor to the writing as well, but overall this isn’t a must-play shooter. 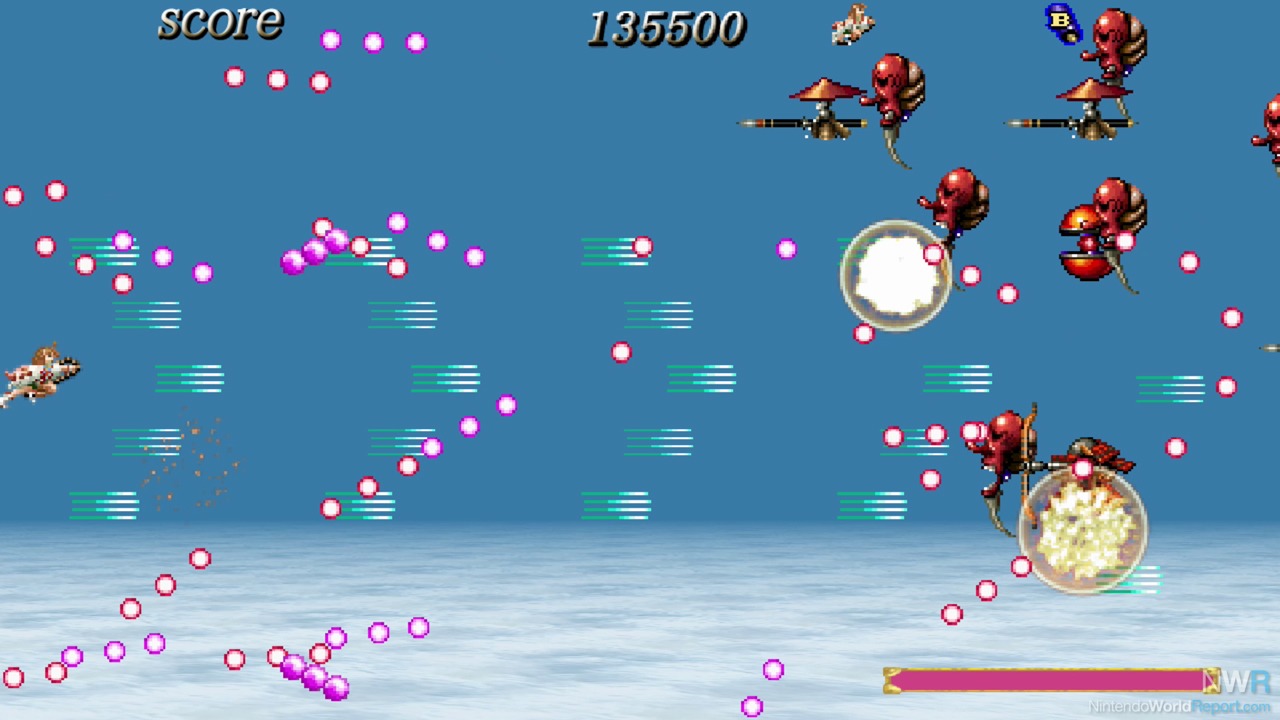 Samurai Aces Episode II: TENGAI and Episode III: SENGOKU CANNON: The two horizontal shooters, TENGAI and SENGOKU CANNON, are actually fairly different, and only one is really worth playing. TENGAI is the more familiar or typical experience. It has a wide enemy variety, five playable characters, and interesting sound effects. The characters all feel quite different, too, and their endings are quirky and enjoyable. SENGOKU CANNON, on the other hand, has never been made available on a home console before, and it’s easy to see why. It uses moving backgrounds that are really disorienting and negatively affect gameplay. It’s harder to avoid enemy fire and destroy your targets when the background is shifting around like you’re on a 4D ride; it almost reminds of a VR-like experience. The bosses aren’t nearly as interesting in the third Samurai Aces title, but it does have a life meter at the bottom that helpfully shows you how much damage you’ve dealt to bosses and stronger enemies.

If you only pick up one Psikyo Shooting Stars collection, Alpha is the better package. Funny enough, every game save for SENGOKU CANNON can be purchased separately on the eShop, so that could be a better way to grab standouts like GUNBIRD2 and TENGAI. In some ways, Psikyo Shooting Stars Bravo is as disappointing as Alpha: it doesn’t feature save states, online leaderboards, or any historical materials. Other than having them all in one place, you don’t really get anything extra when buying these shooters as a package, rather than individually. You might save a couple bucks purchasing all six games at once, but the better play might be to just pick and choose your favourite ones. Ultimately, Shooting Stars Bravo is a decent compilation that is disappointingly barebones, even if it can provide a pretty good time.