Tiny battles on an epic scale.

Update: This review mentions that the PC version of Hypercharge is still in an early access state. Based on that and a note from the developer initially about adding to the game post launch we believed the Switch version was in a similar state. The developers have however contacted us to let us know the Switch version is in fact the finished version, unlike the version available on Steam at the time of posting. They also wanted to note that there is in fact a balance system for multiple players. However we were not able to notice a difference in balance between playing single player versus playing multiplayer.

Hypercharge Unboxed is a multiplayer focused, first-person shooter. You play as a toy and fight against other toys in bedrooms, toy stores, bathrooms, and more. It features both a wave-based mode with elements of a tower defense game, along with a more traditional player-vs-player deathmatch mode, though the former is absolutely the focus. While it can be played in single player, it is clearly built for playing with others either locally via split screen for up to four players or online for up to eight. It is also, strangely enough, one of the best looking ports I’ve ever played on Switch. All of these strong points, however, are ultimately icing on a game that is just okay.

Hypercharge’s bread and butter is its wave mode. Here, you’ll play either alone or with friends against increasing waves of enemies in a large variety of locations. The goal is to defend core towers which are spread across the map. The map is littered with currency, which can also be earned by defeating enemies, and it can be spent to build a variety of structures in specific spots across the map. Sometimes, these structures are pre-determined, such as in the case of simple barricades, launchers to reach higher areas, or other specific map elements. Much of the time, though, especially directly around the cores, you’ll have the option to choose between your three equipped construction types. These range from walls and defensive towers to a score of different traps. Early on, you’ll only have three available to you, but as you progress you’ll unlock more things you can build, which will be helpful in later levels of the game. Unfortunately, the unlock system also represents a major impediment to my enjoyment of Hypercharge. 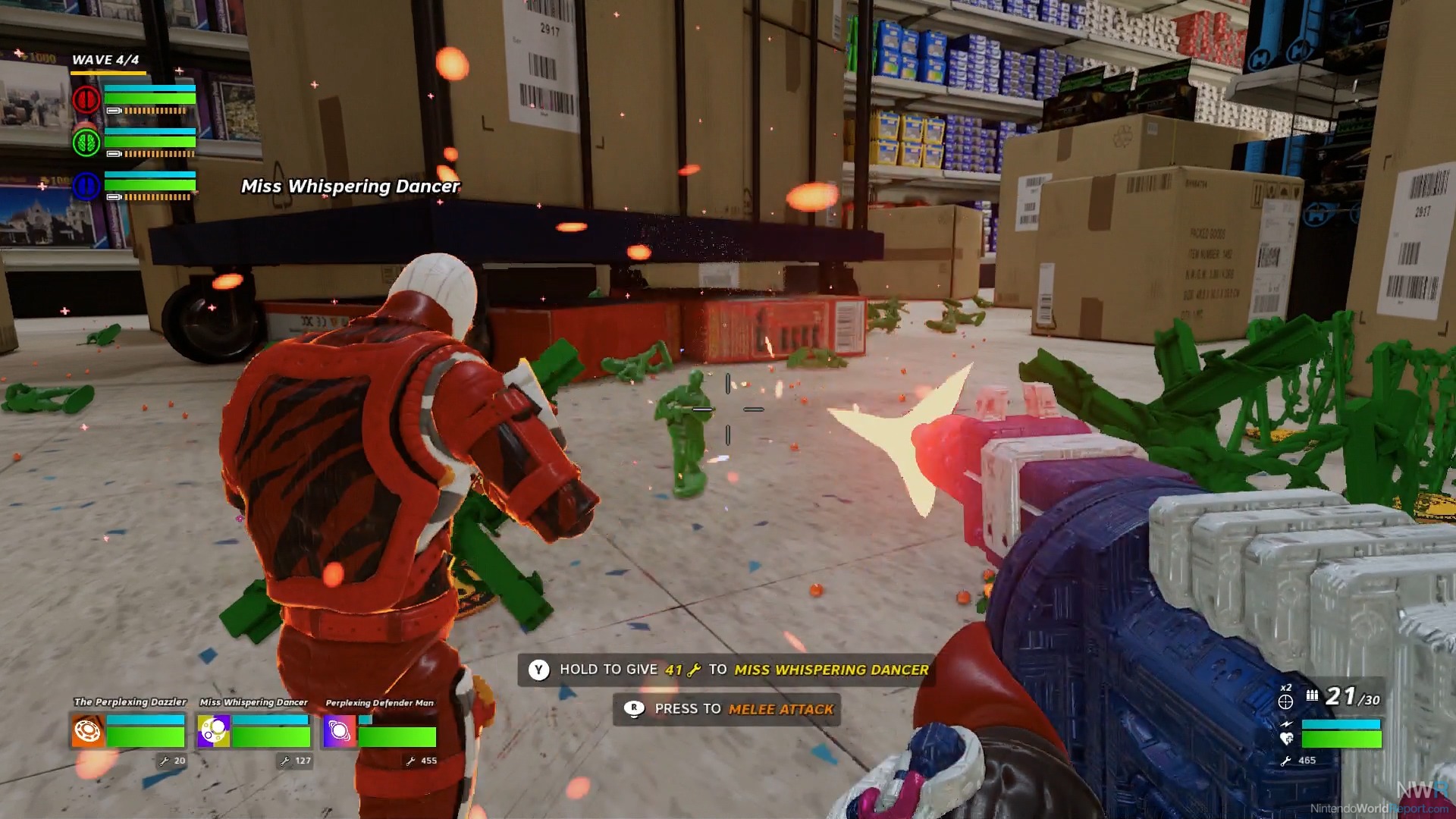 Unlocks are based on how many cores you’ve saved and how well you protected them. These rewards govern all progression, including stages, constructables, and customization options for your character. To put it simply, the unlocks are just too slow. As I stated earlier, there are a ton of different levels to open up, each with a lot of unique elements, but it is an absolute trudge to get to them. You essentially need to get perfect scores in every level to earn the next one. Furthermore, for as slow as the level unlocks feel, unlocks for new constructables seem even slower. I’d often unlock an ability perfect for countering a particular enemy type a couple stages after completing the stage where that enemy type had been a problem. Progression is admittedly easier when playing multiplayer and, in fact, it might be too easy. While multiple difficulty modes are available, Hypercharge seemingly makes no adjustment for the number of players in the game. Medium difficulty is often painfully easy when playing with a full party, but nearly impossible on your own. All of this ultimately led to me often repeating the same level a few times, especially early on, which only added to what was already an inherently repetitive design.

There is also a PVP, free-for-all deathmatch mode. This is about what you’d expect with various weapon types scattered around the map. This mode uses the same maps as the wave mode, which means there is very little symmetry. The stages were clearly designed for the wave mode and simply thrown into another game mode. In truth, the whole mode feels more like an afterthought than something that was carefully crafted. If you consider it a bonus mode, then it can make for some extra fun, but you certainly shouldn’t pick up Hypercharge if you’re looking for a more traditional arena shooter. 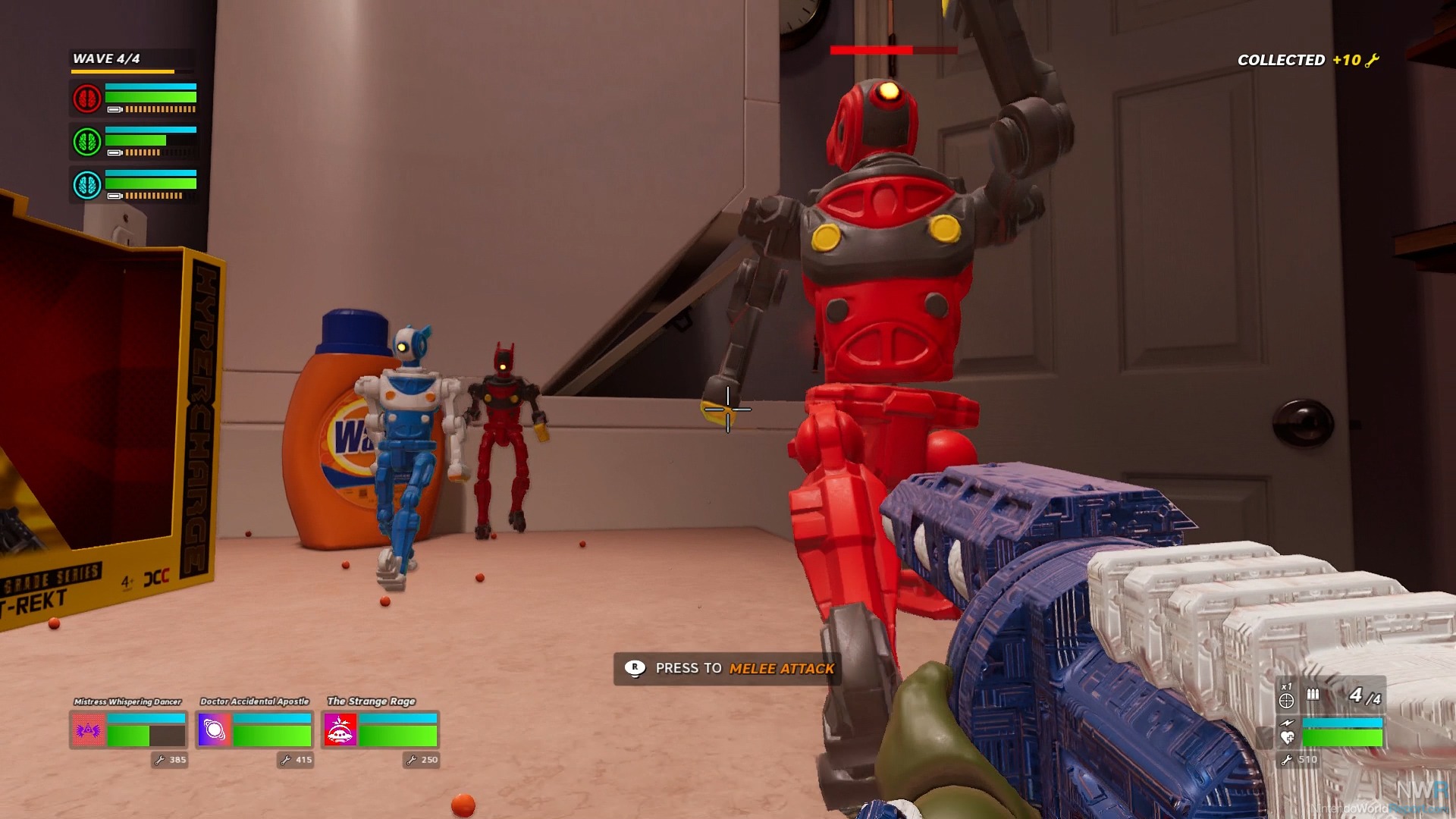 While the controls are at first a little odd—jump is on a trigger button, for example—once you get used to them they actually work very well. There is also a great, subtle gyro aiming mechanic that only switches into full effect when looking down the sight of your weapon. It is one of the better implementations I’ve seen. In general, the game actually performs astoundingly well. For all the rough patches I noted in actual game design, the same simply cannot be said for the presentation. The image, whether playing docked or handled, is crystal clear and excellently treated. When I saw the screenshots in the eShop I suspected I was looking at the PC version, but I can confirm it is indeed the Switch port. Hypercharge is absolutely gorgeous; the toy aesthetic has been fully realized with incredible detail. Every cleaning product, book, can of paint, package, even plumbing fixture is realized with a level of polish rarely seen anywhere, let alone on Switch. I particularly enjoyed the goofy product names and fourth-wall-breaking bits of text on various elements. Even as the repetitive gameplay started to lose my interest, just seeing the excellent level design of the next stage was enough to push me along for quite a while. While playing online with other members of the staff, we found ourselves completely distracted running around the level and staring at random details. 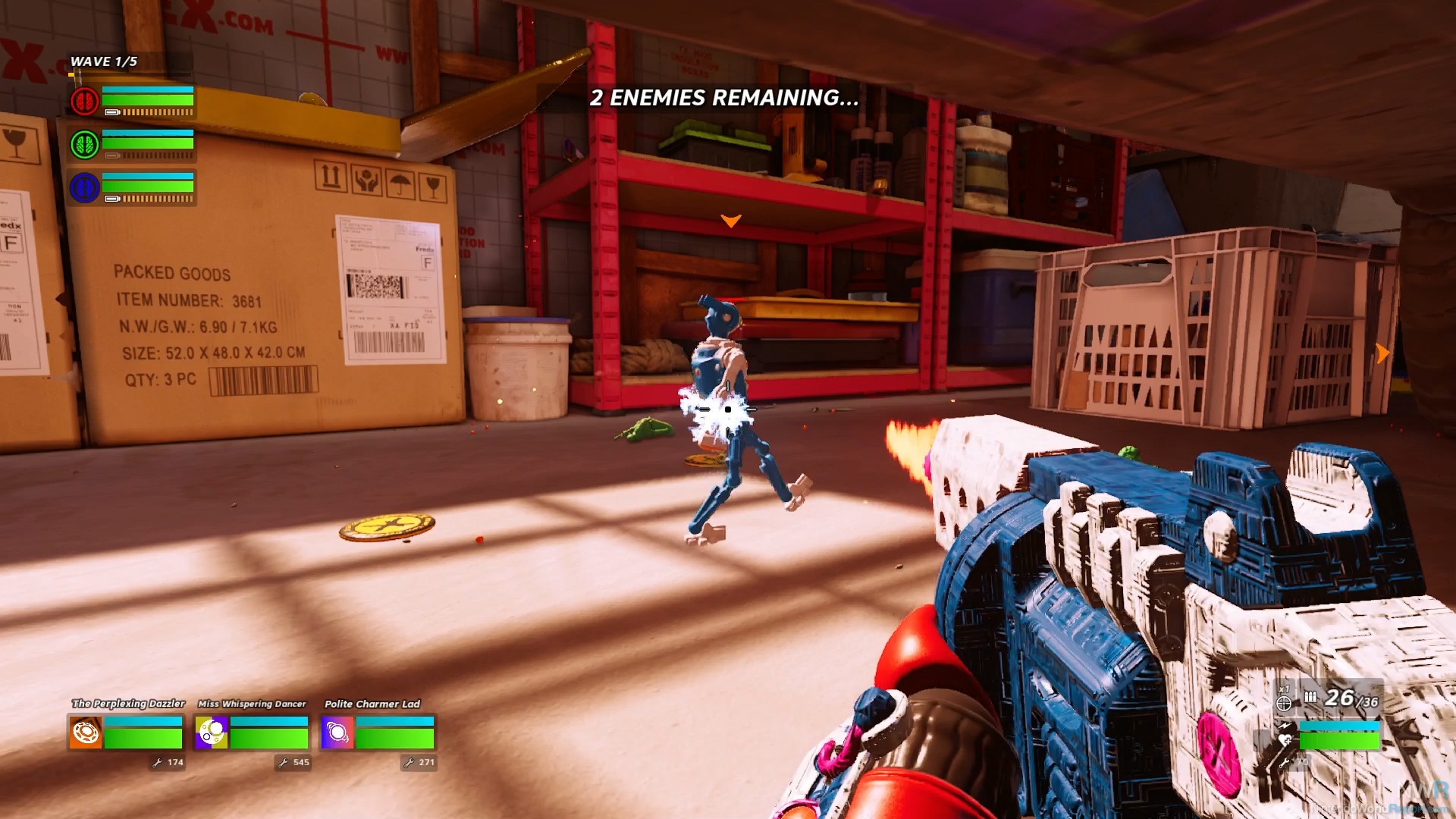 One final thing to note is that Hypercharge Unboxed does not feel like a finished game. It feels like a game in early access game due to the previously mentioned balance and pacing issues. Some further digging revealed that the game is available on Steam in the early access program, providing further evidence that the game may still be a work in progress. Hypercharge Unboxed is by no means whatsoever a bad game. Actually, it is one I look forward to revisiting as time goes on. It is extremely promising, but it isn’t quite there yet. However, if you have a group of friends you can reliably play with and you’re willing to trudge through the rough spots, there is certainly plenty of content to enjoy here. It also happens to somehow be one of the most visually impressive games I’ve played on Switch. 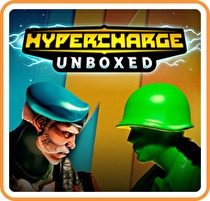