M2 delivers another retro gem on Switch filled with varied modes and customization in Fantasy Zone.

I can’t remember exactly when I first played Fantasy Zone, but this is a Sega-made shoot-’em-up that I have grown to appreciate over the years because of its enjoyable gameplay loop, dazzlingly bright visuals, and surprisingly emotional story. Originally an arcade game, it first debuted in 1985, offering up a colorful presentation as you controlled Opa-Opa, a winged ship who essentially was a prototype mascot early in Sega’s game life. At face value, Fantasy Zone is relatively simple: scroll around a looping horizontal area shooting down bases and avoiding bullets. Beat bosses. Rinse and repeat until you reach the end. 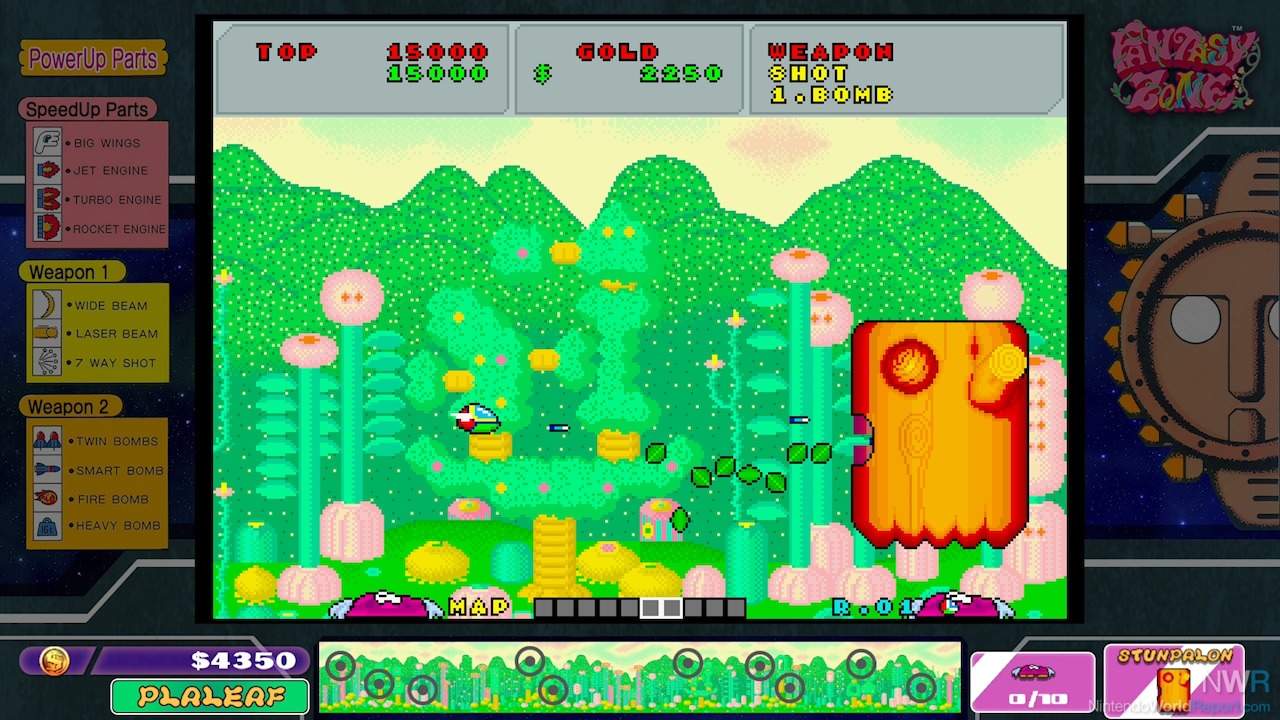 Along the way, the story of Fantasy Zone is borderline absurd and heartbreakingly real. The Fantasy Zone is dealing with the collapse of their banking system and Opa-Opa is the hero sent to figure out what’s going on. He goes on his quest with little issue until a reveal in the finale turns the whole adventure on its ear. This is another one of the seemingly countless ‘80s Sega games that feel ahead of their time, with each of the eight levels packed with joyous graphics and vibrant designs. The gameplay is also evocative of that as well. Levels are all looping horizontal segments where you have to shoot down a handful of bases. Doing that triggers the enemies to clear out to make room for the boss, which is generally a stern challenge and a visual showcase.

The Sega Ages version on Switch features a variety of modes and mechanics that bring a good deal of variety to the straightforward game. The Original Mode mostly replicates the arcade game with one key (and optional) addition. You can build up a Coin Stock, so any cash you accumulate in the game can be used for subsequent attempts. Coins are important since they allow you to buy temporary and permanent power-ups when you reach an in-level shop. Unless you’re a savant, these items are almost requirements for the late stages, giving you the boost of a powerful laser beam, quicker movement, or a screen-filling seven-way shot. As someone who is generally bad at old shoot-’em-ups, I welcomed the flexibility. 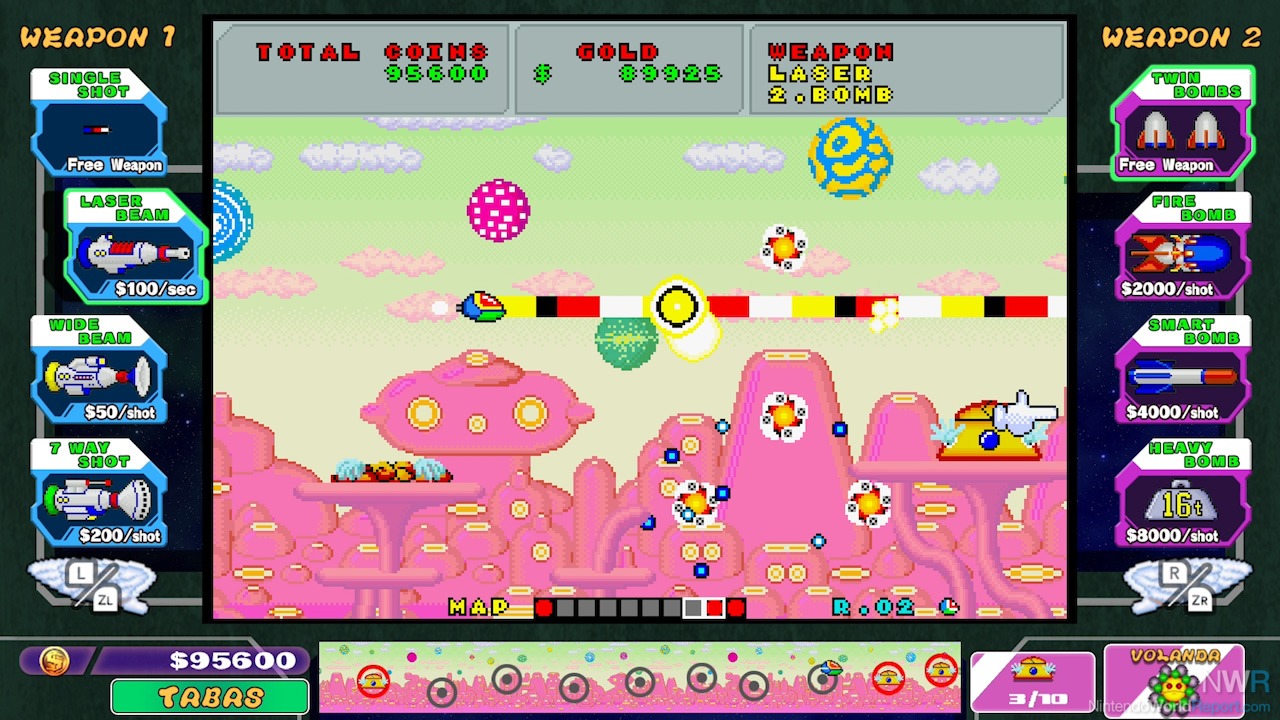 In addition to the Original Mode, two other new modes add unique takes on the core Fantasy Zone experience, all with online leaderboards. Upa-Upa Mode, which debuted in the 3DS 3D Classics release, puts you in control of Opa-Opa’s brother, who has the ability to switch between weapons on the fly, but each shot of a weapon exhausts your coin reserves. It subtly tweaks the way you play in a way that made stages I’ve experienced before feel totally new. Lastly, Time Attack Mode lets you move fast as hell through the levels with no emphasis on score. It’s almost purely there for speedrunners.

As per usual with developer M2’s emulation, the visual options and overall customization are excellent. You can change the difficulty and display to your liking as well as tweak the game in other ways, such as playing the Japanese or American version or toggling bonuses like extra bosses. While some of the Sega Ages releases on Switch didn’t add much of consequence, Fantasy Zone feels much more fully realized. That being said, if you’ve checked this out in its 3DS 3D Classics, there isn’t that much new here. While it is an excellent version of the game, it might be more geared towards true newcomers than savvy veterans, unless they’re really into speedrunning.

My biggest takeaway from spending more time with Fantasy Zone is that this is a classic shoot-’em-up that holds up remarkably well, especially with the flourishes of this well-crafted port. If you’ve never experienced Fantasy Zone before, this is the perfect entrypoint. And if this is a return trip to this bright pastel world, it’s never looked better. Fantasy Zone might be the best Sega Ages game on Switch right now.