Having the best gameplay or best story doesn’t necessarily make for an enjoyable experience. Countless titles over the years, such as Journey, have told a story by putting the player in a world and allowing them to simply be immersed in it. Lumini tries to do something similar, but unfortunately, it misses its target of being an engrossing adventure by a fair margin 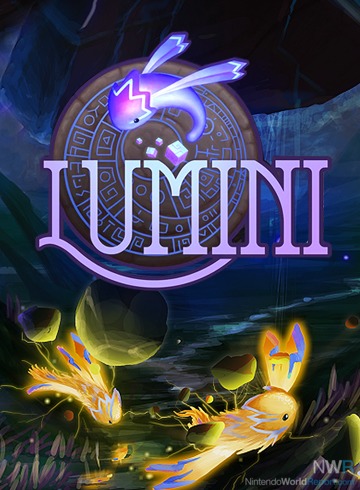 Lumini does little in terms of in-game storytelling. You are dropped into the shoes of a group of creatures named Lumini, and that’s all she wrote. To commend the developers, the world certainly feels like it is alive. You see several creatures and weather effects throughout the journey, which makes the world visually appealing. Additionally, the quality of the music is worth noting. Although the pieces were mostly atmospheric, every track fit the environment it was being played in and was pleasant to listen to.

In terms of gameplay, it takes a back seat approach to the atmosphere. You play as a group of different colored Lumini, each with their own unique move. The blue one can dash, the red one can unleash a shock wave, and the yellow one can absorb white energy from flowers that line the walls. This energy can be exchanged for more Lumini to be added to your swarm, which all gives off a Pikmin-like vibe. You traverse an extremely linear cave passage, occasionally going between the surface and the caves. The biggest issue with these proceedings is that they really just induce boredom. Besides moving and solving a handful of simple puzzles, there’s nothing to do besides following a path. There is the occasional enemy to battle or crystal to collect, but I found myself skipping past them most of the time due to how tedious and repetitive these actions were. After an hour of playing, I realized I had seen everything the game had to offer, and the rest of the journey was a drag. Even the main gameplay mechanic of splitting up your collection of Lumini into two swarms was boring, as it was rarely used to do something other than to hold down two switches at the same time to open up a door. This mechanic seemed perfect for the inclusion of a co-op function, but its omission is certainly a questionable one, especially on Switch. 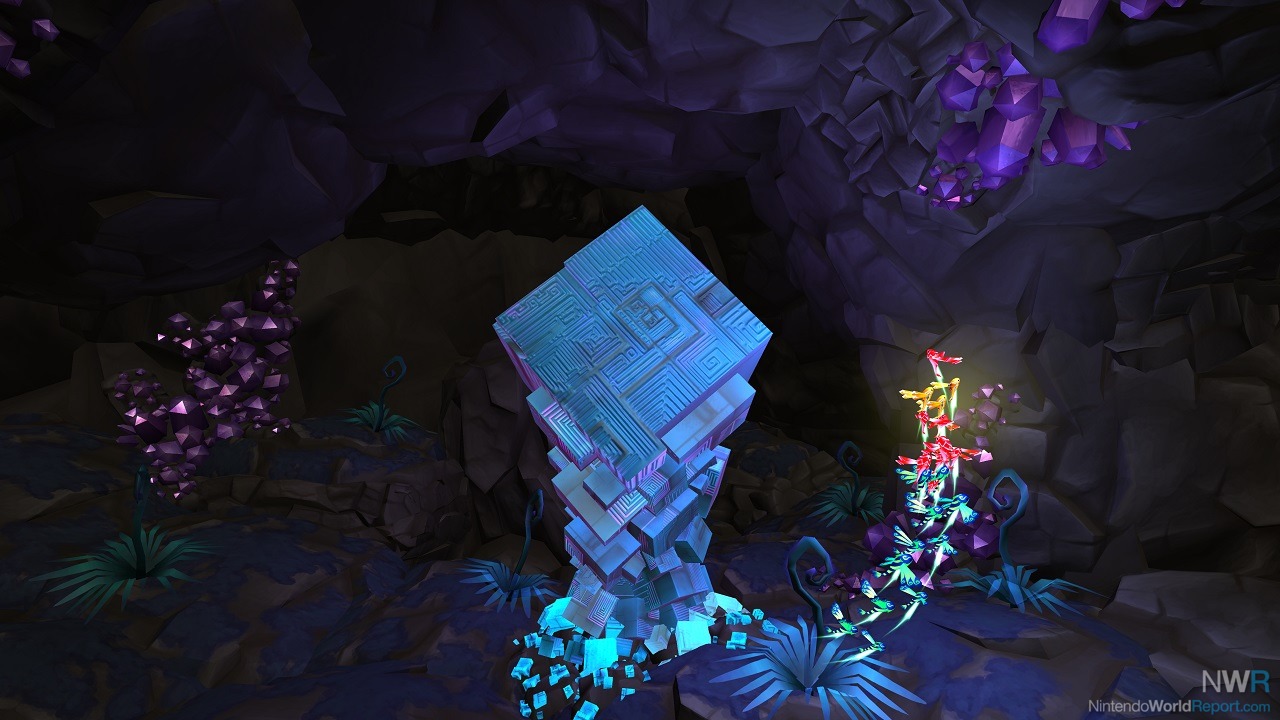 One of the aspects Lumini tries to stress is the presentation. Often, you’ll be brought up to the surface and have a cinematic shot of the backgrounds of the environment, that is, if the game works as intended. Throughout my play time, I encountered several issues and glitches that prevented the game from working as it should. Sometimes, graphics would load incorrectly; other times, the game wouldn’t load them at all, leaving a black void. There were instances where the game would stutter and hiccup before crashing entirely. Worst of all, during my first playthrough, I lost all of my Lumini and did not die. I could still control my cursors, but I was completely invincible and invisible, completely nullifying the game’s difficulty. In fact, it wasn’t until I rebooted the game that I even noticed this wasn’t an intended feature. The number of bugs, glitches, and graphical hiccups begs for some extra polish. As it is, Lumini is barely playable. 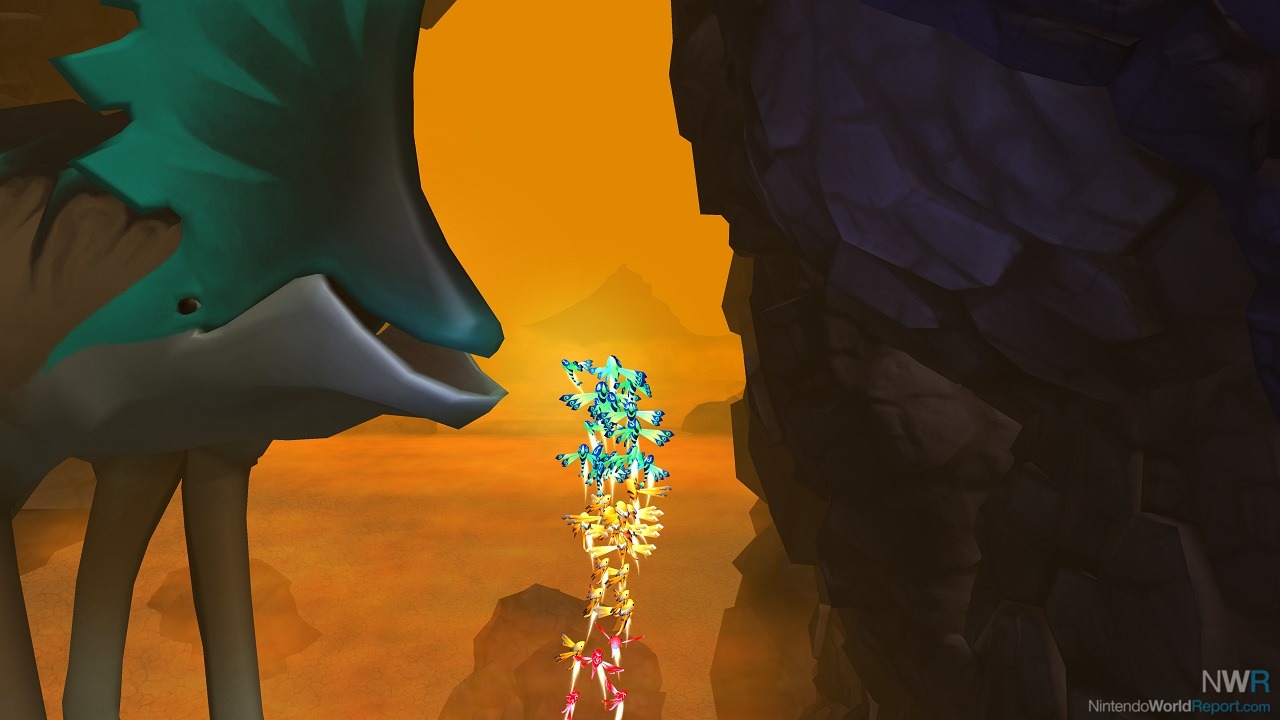 It is clear that there was ambition behind Lumini’s development. A living, breathing world, combined with an effective soundtrack was certainly impressive, but the boring gameplay and abundance of performance issues ruin any sort of enjoyment of the game. If you are looking for a game that scratches that Journey or Pikmin itch, there are many stronger and more interesting options on the Switch eShop.