One of the strengths of video games as a medium is their ability to tell personal stories in an interactive manner, and Lydia is one such example. Through a very simple yet distinct art style coupled with some very minimalist gameplay, Lydia attempts to tell the story of a young girl in a rough household who’s attempting to solve the mystery of a monster haunting her life. However, this monster cannot be seen and only comes out at night; it could be anywhere and it could be anything. Can you find the monster and free Lydia from its clutches? 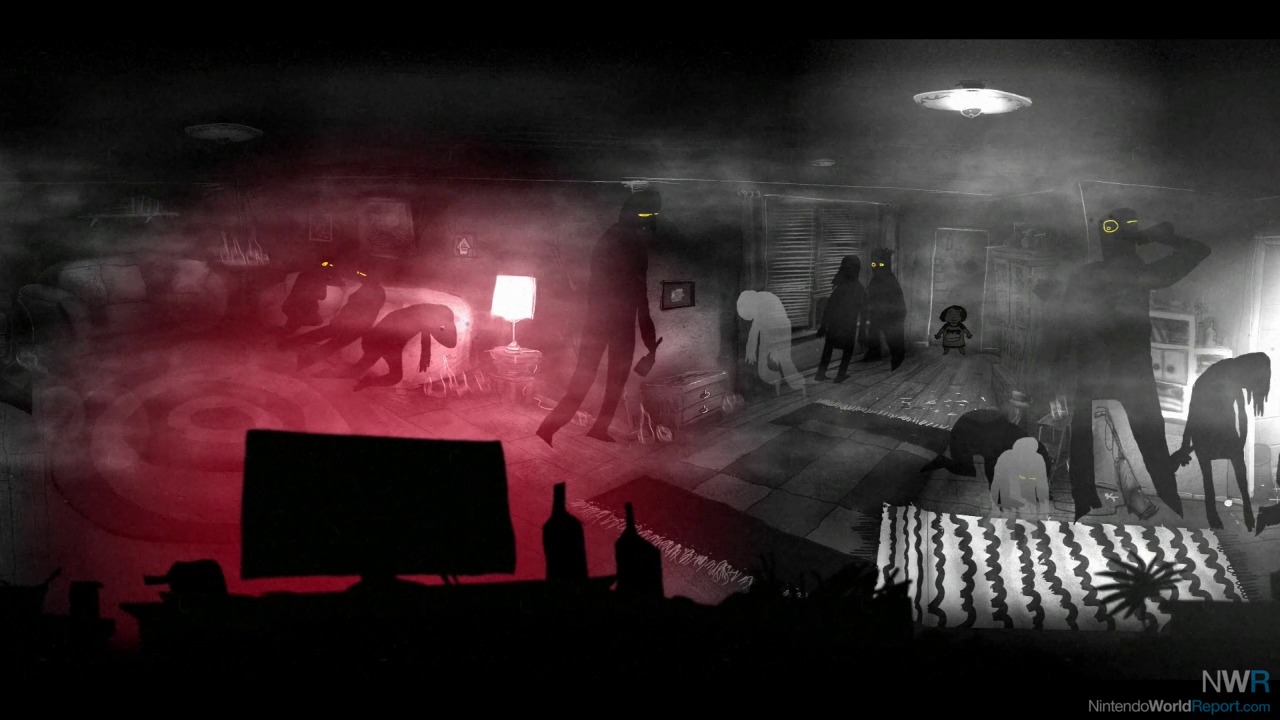 In Lydia, the player is given control of the titular character, a small girl living with parents that seem to have never left their partying phase. As she deals with her inability to sleep due to the loud music and voices of her parents’ festivities night after night, she begins to escape into an imaginary world in order to find the monster that is causing her suffering. Leading her is her teddy bear, creatively named Teddy, who is trying his best to protect her but finds himself constantly falling short. Each chapter shows a further part of Lydia’s life and a trauma associated with it, from a small, preschool age child to a rebellious teenager.

Gameplay in Lydia is incredibly simple, usually involving walking very slowly and speaking to the one interactable on screen. In terms of anything resembling a puzzle, I only ever encountered a sequence where you had to cause a drunk knight to “finish” his drink in order to get him to help you fight a monster, but otherwise gameplay seemed very linear with not much variety to it. Sometimes the player is presented with a few dialogue options, presented as tones or feelings rather than the specific words themselves, but these never seemed to change much of what was going on and also just felt slightly tacked on.

Whenever a character speaks, it’s accompanied by a sound byte of somebody mumbling or saying a few syllables of gibberish, and while this starts off endearing, you quickly realize that each character only has two or three variations to cycle through. Lydia in particular nearly drove me crazy as she would constantly repeat variations of “be bo ba” every time she spoke, and I eventually found myself reading through dialogue as fast as I could so I could hit A before the sound byte started. In addition, the icon to hit A for interactables appears slightly before you are actually in a position for the button press to trigger anything, which was a bit of an annoyance in trying to complete some earlier sequences.

In general, Lydia is an interesting game with a well put together setting and an art style you probably won’t soon forget, but overall it’s just sort of a slightly underwhelming experience. Over the course of its 45 to 60-minute runtime, you will experience what is obviously a deeply personal story for the creators, leading to a choice that I honestly found very well done in the end. It’s a story of abuse and neglect and how somebody so small is forced to deal with it, and while the gameplay is nothing to write home about, it’s definitely a narrative that will probably stick with me even if just for a little while.

You know that you can change the speech volume from the settings, right?