One of the most magical travels to Tokyo, now everywhere you go.

I can admit that I rushed through my Nintendo Switch playthrough of Tokyo Mirage Sessions #FE Encore. Most of the elements presented weren't new for me as I have seen them through completion about three years ago. At the end, though, none of that actually mattered. Tokyo Mirage Sessions #FE remains one of the sharpest Role Playing Games out there, even more so now that it is on a new system. The game is a bold one and doesn't take no for an answer. With most RPGs, I do the stuff that I think is important and move on. In Tokyo Mirage Sessions #FE, the whole journey feels important, with very little downtime. The dialogue, quests, and battles make this adventure feel absolutely incredible.

The player steps into the shoes of Itsuki Aoi. This normal high school student in Tokyo gets his life turned upside down. One of his best friends, Tsubasa Oribe, enters the One of Millennium idol competition and things quickly take a turn for the worse. She gets dragged into an unknown parallel universe and creatures called Mirages start popping up everywhere. The Mirages are looking for the essence of human creativity, which is called Performa. The duo shove these magical orbs of light into the faces of two creatures, which starts a wonderful friendship with Chrom and Caeda from the Fire Emblem games. What follows is them and others entering parts of the Japanese entertainment industry, following the Mirages' every step. 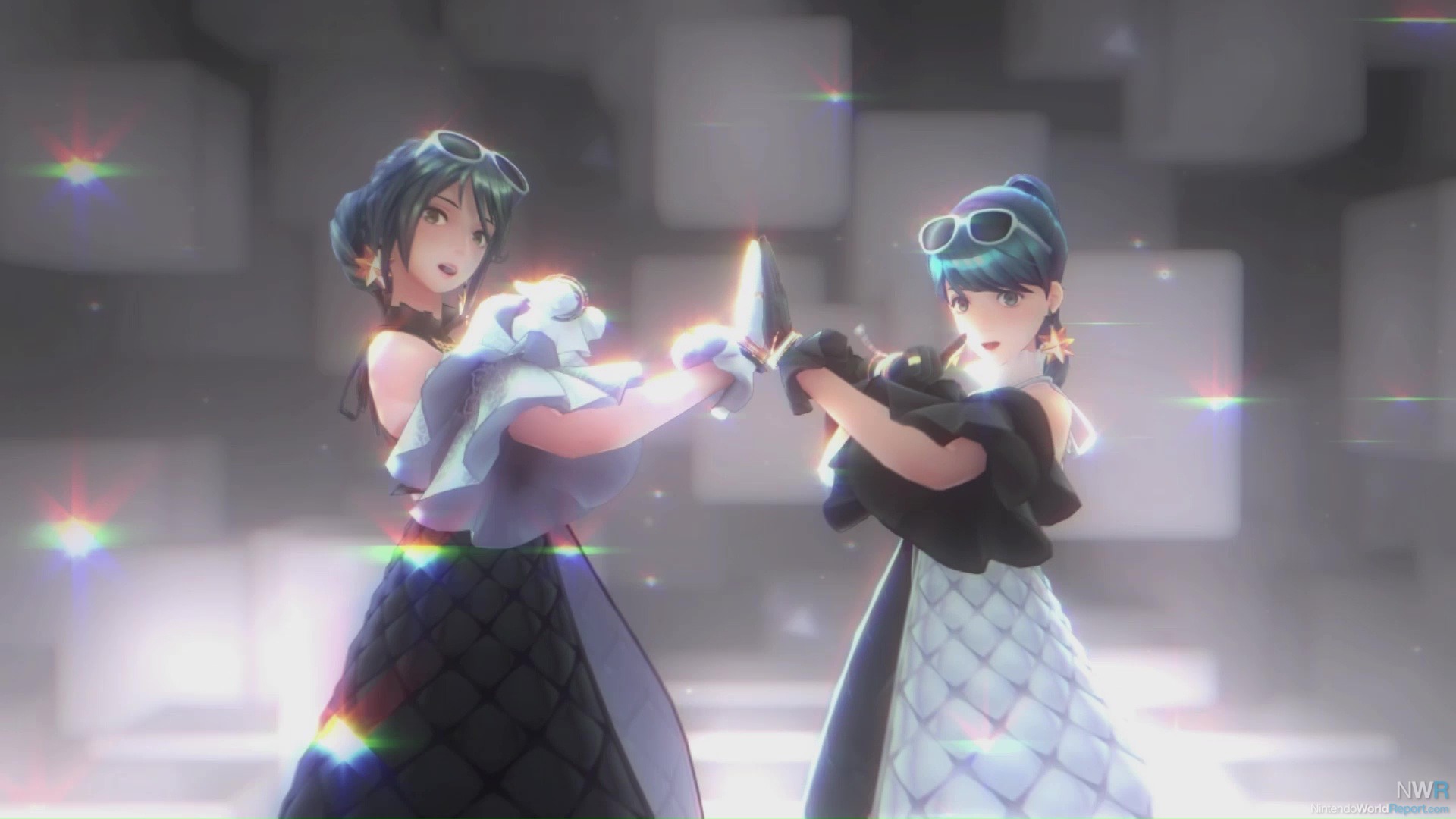 Tsubasa, Itsuki, and the rest of the cast are part of Fortuna Entertainment and set out to stop the villainous Mirages. The party members quickly become friends, learn how to work together, and keep a talent firm running while saving the world. The amazing cast of characters makes the story fun as they try to unravel what exactly is happening. A truly evil mastermind is orchestrating all of this and ripping the two worlds apart, and a bunch of teens are the only ones capable of preventing disaster. One world is the game’s stylized version of Tokyo while the other is the Idolasphere, where all of the dungeon-crawling and battling occurs. The dueling worlds are wrapped up in an evolving mystery that rarely has a dull moment. The concept may seem silly, but within an hour it’s easy to understand the flow of Tokyo Mirage Sessions and enjoy the proceedings.

What works about the story in Tokyo Mirage Sessions #FE are its themes, particularly that of growth and overcoming adversity. Each chapter highlights a certain aspect of the Japanese entertainment industry and provides something for the characters to learn. One especially warm moment was seeing Tsubasa learn to sing with emotion in the first chapter. This scene set the tone for the way talent is unfurled and revealed in Tokyo Mirage Sessions. Tsubasa is forced into a situation where she has to perform with real emotion and learn something about herself in the process. Every part in the adventure has magical moments like this.

That glorious character development extends to the side stories as well. These are additional quests meant to deepen the relationship with the cast, both playable and NPC. One early quest has Kiria, an older Fortuna idol, searching for a lost doll from her youth. Here, Kiria wonders if it is okay to like cute things, and then she sings a song and gains a new ability as a result. Another sees Touma, who wants to become a Sentai-esque superhero, bettering his moves. Most of the side stories are character focused, but there are also quests that feature extra bosses in environments that you previously visited, adding more depth and personality to the charming world of Tokyo. 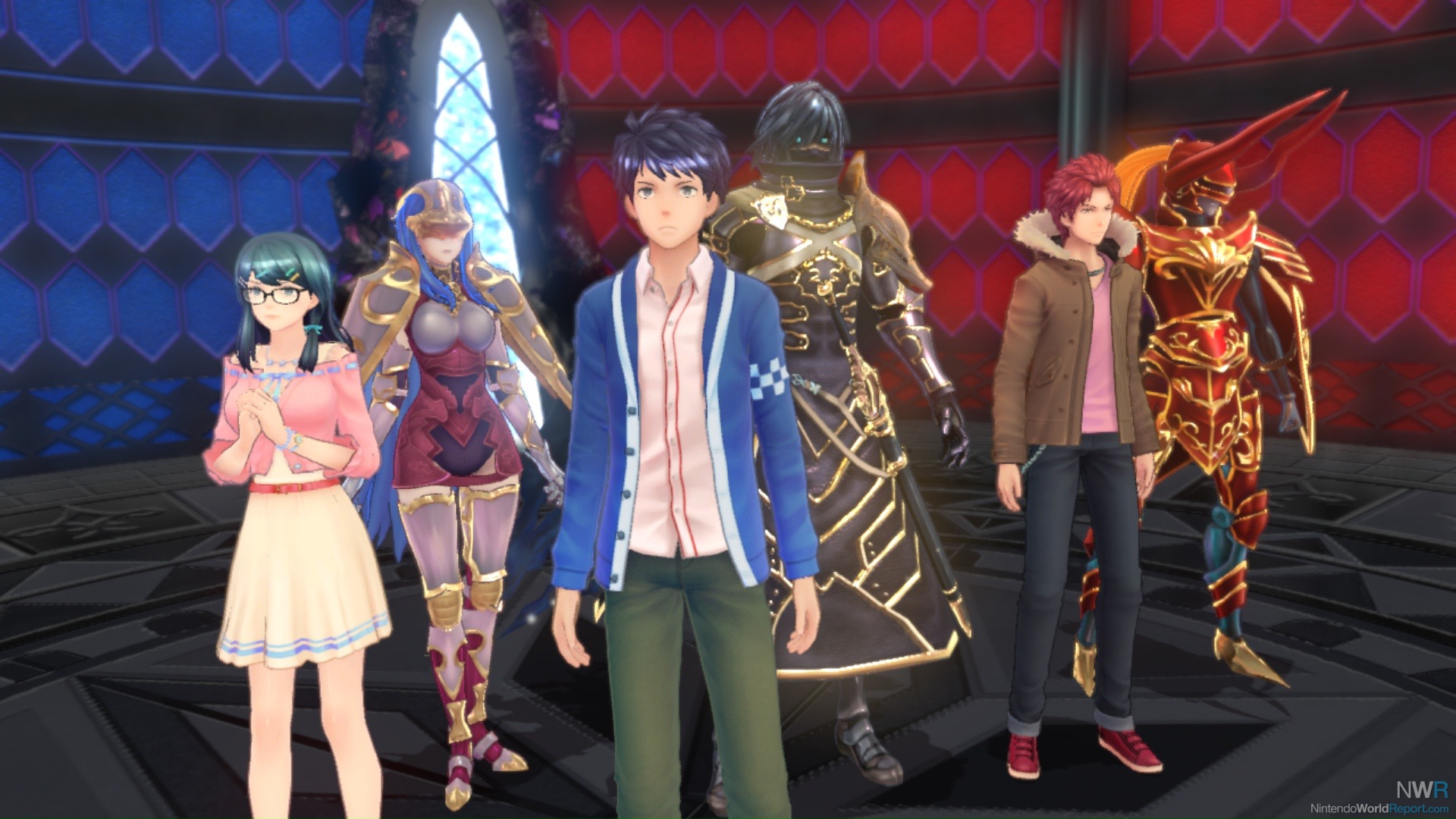 Speaking of charming, let's talk about the world and gameplay. Players will traverse through the various Tokyo areas seeking out new Idolasphere dungeons, talking to people, and completing quests. Shibuya is certainly the biggest and most important locale in #FE. The first two Idolaspheres take place in Shibuya, where most of the shops and side stories are found. The streets are mostly occupied by colorful shapes roaming the street, but this helps to clearly highlight points of interest. In that sense, it is hard to get lost or not know what the next step is supposed to be. A nice touch, particularly in that Shibuya landscape, is that posters and the music change as the story develops and your fledgling talent agency produces more hits. The areas of Tokyo can best be described as compact. You really wouldn't hang around them for too long, but they are nice to look at.

Most of your time in #FE will be spent in the Idolaspheres. Each of these dungeons reflect something found in the actual Tokyo area. An early example is Shibuya 106 (or 109 in real-life), which is a centerpiece in the Japanese fashion industry. This particular dungeon is decked out with gigantic headless dolls and mannequins. The mannequins must be pivoted and moved, simply so you can access higher or lower levels. Each dungeon has its own specific gimmick that is incredibly novel and doesn't overstay its welcome. In a later dungeon, you will be asked to write down a code and learn a route to the end of a maze. In addition to those intriguing obstacles, the Idolaspheres are also littered with enemies that drag you into the turn-based battle system.

That battle system, which I lovingly refer to as the ''true stage,'' is where the mixture of Fire Emblem and Shin Megami Tensei really comes together. The game's turn-based combat sees players switching between attacking, skills, items, guarding and a variety of other options. As the characters take the spotlight, madness will unfold before your eyes in a rather colorful arena. I mostly found myself toying around in the Skills menu, considering you have full control over how the battles play out. The names of the Skills are filled with references to various well known moves from both franchises. Names like Elthunder, Mediarama, and others will be instantly recognizable. If you happen to hit upon an enemy’s weakness and use an attack that exploits this, other characters will follow in what is called a ''Session.'' The flurries of offense that come from these spectacles aren't for the faint of heart. The ability to perform Sessions will be limited at first, but will become a focal point as you progress throughout the chapters. 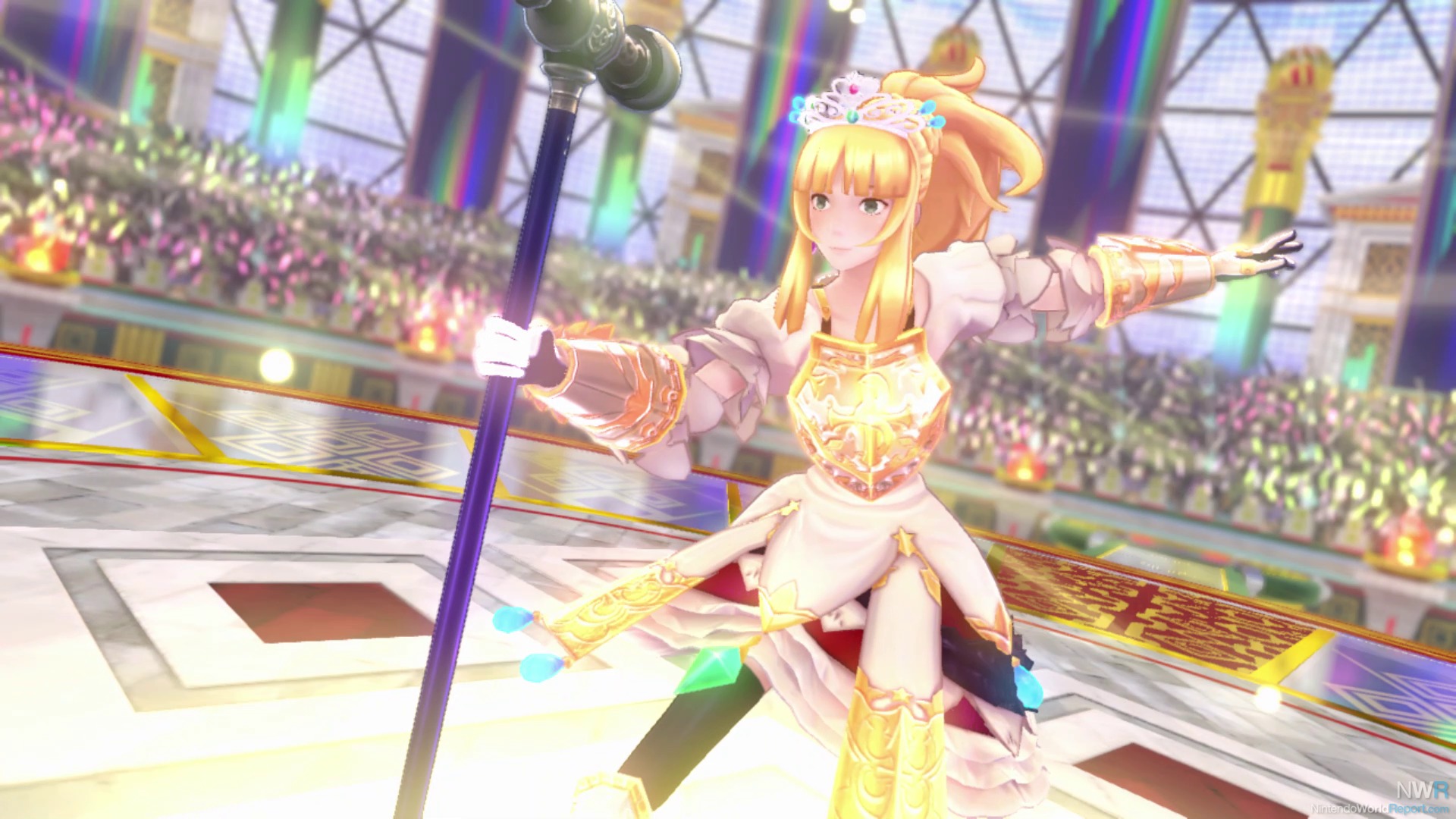 In addition to the Sessions, there are various Performance Attacks that up the ante to the extreme. They come in three different varieties: Special, Ad-lib, and Duo Performances. Special Performances are selectable special attacks that do massive damage and create a weakness, regardless of what a Mirage is susceptible to. The other two happen randomly and are primarily unlocked through story progression. They are devastating and powerful attacks that provide major help as you go through the second half of the game and try to take down the harshest bosses. The attacks reference the songs and performances the Fortuna gang are laying down in the real world, so you wind up with gloriously nutty spectacles like a full-grown man in a bear suit protecting a little girl.

The last highlight is how Tokyo Mirage Sessions #FE combines the weakness system of Shin Megami Tensei and the weapon triangle of Fire Emblem, and puts them right next to one another. The mixture creates a complex system where you will have to figure out what works the best again which Mirage. In time, it becomes trickier to perform optimally as the margin of error becomes slimmer. By watching the attack patterns, you can learn a thing or two, but that is still not a solid guarantee of success. This is particularly true with the bosses, who are based on various Fire Emblem baddies. The evil doers try to fully overtake a person in the real world, and you have to eliminate the boss to free them. An example, found in chapter two, is a possessed photographer who is overtaken by Gangrel of Fire Emblem Awakening fame.

New to the Nintendo Switch version are the EX Dungeons. These segments are three smaller 20 to 25-minute one-floor dungeons in which just a teensy bit of story plays out. The player will mostly see Itsuki, Tsubasa, and Kiria interact with each other and try to overcome a certain problem. The story here really isn't all that important, with the rewards being the true reason why you would want to play through these areas. The rewards offer up costumes for all playable characters, and special Jump-in Sessions Skills for Tiki, Barry and Maiko. The costumes are a mixture of the old Wii U downloadable content as well as some brand new ones. For example, there is a Joker costume for Itsuki while Eleonora can suit up as the main character of Etrian Odyssey Nexus. In addition, the three training dungeons that were included in the Wii U Special Edition are here as well.

As far as presentation on Nintendo Switch is concerned, Tokyo Mirage Sessions #FE Encore looks as colorful as ever. The bright environments, battle arenas and cutscenes are a real joy to behold. The loading times are significantly better as the game loads faster in almost every instance. You can easily see this if you use the transport ability to bring you back to the Fortuna Entertainment offices. Within seconds, you are back to doing whatever is needed for the journey ahead. The only instance where it might be a teensy bit slower is in handheld mode, where it takes longer to start the game from boot-up. This really isn't a bad compromise, particularly when everything else is better. Even the TOPIC text chats, which is how you interact with characters remotely, can now be easily accessed with the + button. I had to get used to hopping in and out of the screen, but I didn't miss the Wii U GamePad at all honestly.

Tokyo Mirage Sessions #FE Encore remains one of the best Role Playing Games I've ever played. Everything from the characters to the battles has its own specific purpose, making for one meaningful adventure. Right from the get go, the game races at break-neck speed and really doesn't stop. Even as someone who played the game multiple times, I was charmed all over again by #FE's unique way of presenting the Japanese entertainment industry. What made it better are the improved loading times as well as the training dungeons, which slim down the potential grinding you have to do. As a result, you can focus on what actually matters: pop idols battling in funny outfits and destroying some mean-looking demons. Encore! Encore!