A decent visual novel experience with a slice of romance on the side.

For those unfamiliar with it, Steins;Gate is a story about a group of students who invent technology that allows them to alter the past. Across video games, anime, manga, and other media, the series has managed to capture the hearts of its fans with well-told narratives and endearing characters. Steins;Gate: My Darling's Embrace is the third game to make its way to Switch, and it takes a more light-hearted approach compared to the other two games, Steins;Gate: Elite and Steins;Gate: 0. While the story of My Darling's Embrace is interesting enough, it may not be a good entry point for the series, making it a much easier recommendation for those who are already fans.

After a brief cut-scene, the adventure opens with a celebration that introduces you to all of the main characters, including the protagonist Rintaro Okabe, who is controlled by the player. Rintaro is quirky and acts like a conspiracy theorist, and it’s fun to see how he reacts to different situations that are thrown at him. Kurisu is another central figure, whom Rintaro always seems to refer to by a different name. You meet a handful of others who congregate at the “Future Gadget Laboratory” where they create different devices, one of which can send text messages back in time, thus altering the future. It’s this mechanic that gives you an opportunity to discover the different endings of My Darling's Embrace, but you may not be interested enough to want to stick around for all of them. 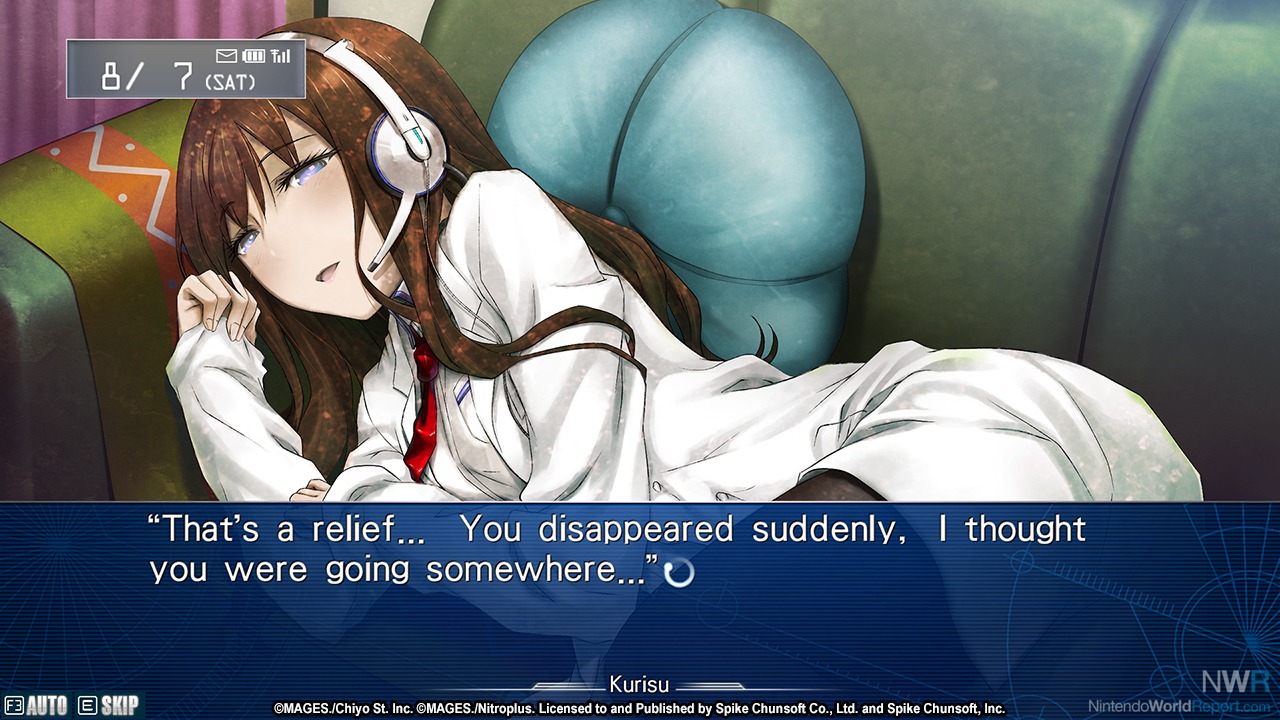 A couple hours in, you reach a branching point in the story where your decision allows you enter a path towards one of six different endings, each revolving around a relationship between Rintaro and another character. It’s not made entirely explicit when this opportunity comes up, so the game could have done a better job of clarifying how and why the timing of sending a message to the past is the key to activating the different story routes. That said, the routes are quite different from a narrative perspective in that each individual that a particular route focuses on has their own unique personality and character traits. Moeka, for example, is shy and will usually only communicate with you via text message. Again, if you like Steins;Gate, I think you’ll enjoy the slice-of-life style stories you get from each route in My Darling's Embrace, but be warned, there is a massive amount of reading involved, and little in the way of visual variety to get you through.

Fortunately, if you want to skip certain parts of the story or let it play in the background while you do something else, there are auto-scroll and skip buttons that help with this. Auto-saves and multiple save slots are nice features as well, and the localization and writing and strong. Pop culture and anime references are plentiful, and there are dozens of Tips—interesting blurbs and definitions—to unlock on your way to 100 percent completion. One unfortunate omission is that there is no English voice acting, only Japanese, and this detracts a little from the overall experience. 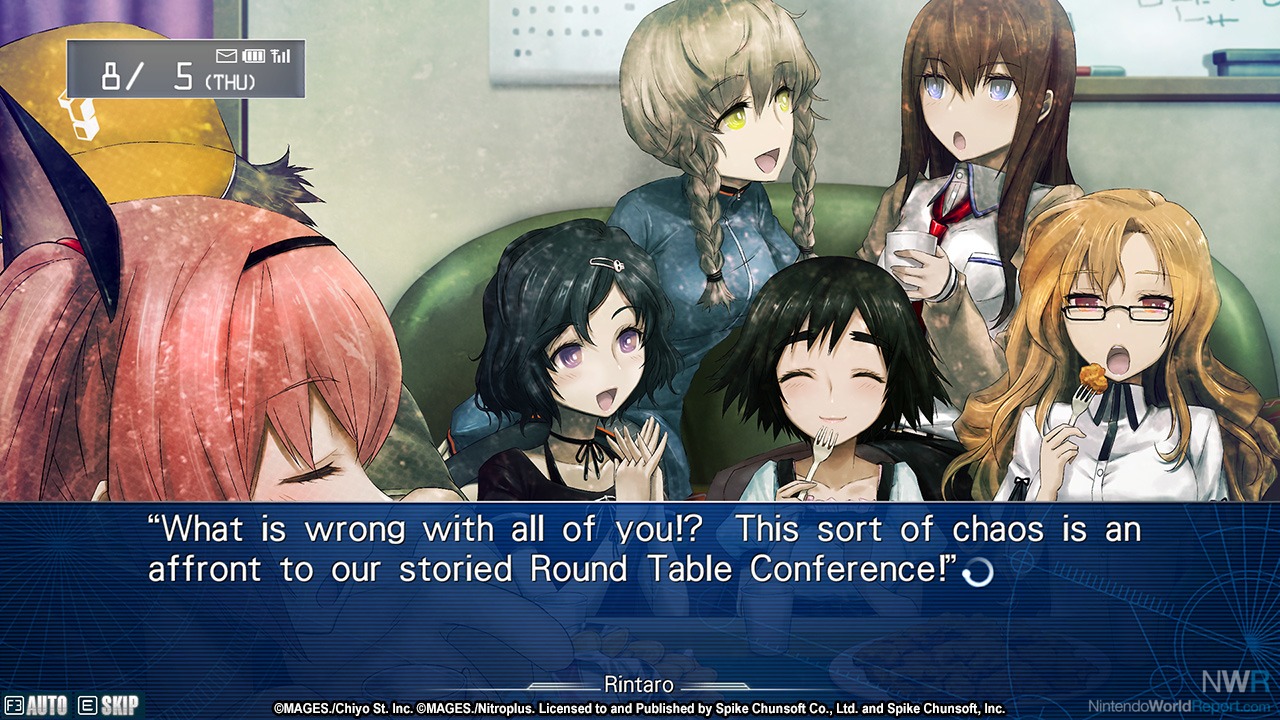 Steins;Gate: My Darling's Embrace is a good visual novel for fans of the series, and its less serious take on the escapades of Rintato and Co. is a nice distraction while it lasts. I had hoped that there would be more gameplay variety and even some dating sim elements present in this release, but it’s pure visual novel through and through. You have a little bit of agency in terms of opening and responding to phone messages and activating the different story routes, but there’s no getting around the fact that you’re spending almost all of your time reading. Animated cut-scenes and even more variety in terms of the on-screen visuals would help make this an easier recommendation, but as it is the audience might be limited. I prefer my visual novel type games to have more variety, like the Ace Attorney games, but those who fancy Steins;Gate will very likely enjoy My Darling's Embrace.