An overly simple and shallow adventure that dries up pretty quickly.

Riverbond is an action-adventure dungeon crawler that emphasizes co-op multiplayer and accessible gameplay. In doing so, it eschews satisfying progression and a meaningful single-player experience. Its colorful voxel style makes a strong first impression, but in a matter of minutes, you’ll realize that the game has played its hand far too early. An overall lack of depth makes Riverbond feel like trying to dive headfirst into the shallow end of the pool.

The start screen reveals three primary choices: Play, Tutorial, and King’s Garden. The latter is a small, open area where you walk around and see all of the potential skins you can unlock; there’s nothing else to do here besides collecting a few skins on your first visit, so think of it as a gallery of sorts. The Tutorial is short and teaches you the basics of movement and combat. Play allows you to dive right into the nine total levels, each of which has a distinct look and unique final boss. Completing any of the stages reveals exactly what Riverbond is: a brief, unmemorable set of familiar objectives that really isn’t much fun without friends. 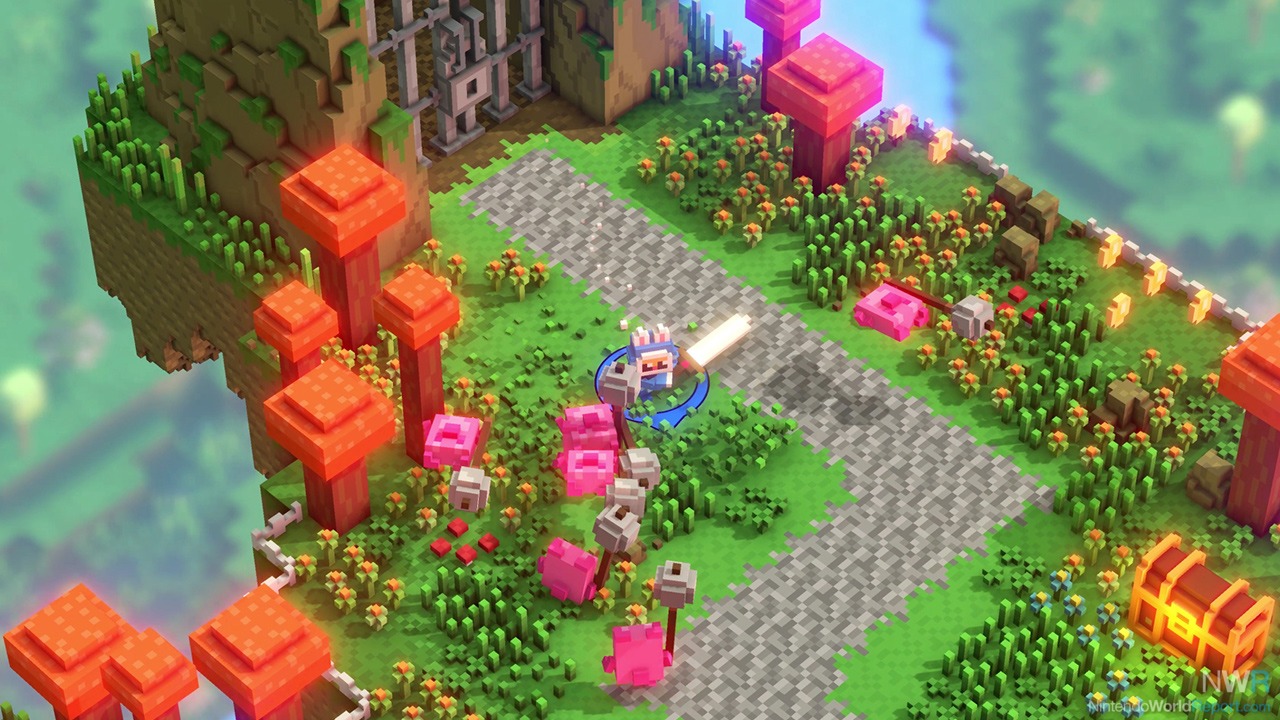 Upon entering a stage, you’ll see a nearby NPC who can explain your overall objective for the stage. Each one is broken into a series of areas that all have their own mini-objective, always something fairly basic like killing every enemy or freeing every prisoner, and doing so opens up the door to the next area. Along the way, you’ll collect gems and coins that add to your total score, but you also get points just for talking to NPCs and destroying enemies. If you felt compelled to shoot for the highest possible score, you would just need to run around slashing at everything and thoroughly exploring the relatively tiny landmasses of each area. There are treasure chests scattered about that reward you with new weapons, melee and ranged, or new skins to put on, which are purely cosmetic. Ultimately, the gameplay loop lacks real difficulty or challenge, and with the objectives being so vanilla, it’s hard to imagine many people will want to actually go through all nine stages. Even death only warps you back to the start of the area or a checkpoint you may have unlocked; enemies you defeated only respawn when you enter a dungeon or room within a given area, making it almost impossible to fail. There just isn’t much at stake here.

The attractive voxel style pairs well with the bright colors and vibrant settings of each stage. The music is largely pleasant and subdued, and the sound effects are cute and work well with what Riverbond is trying to achieve. Additionally, the controls are solid, and it’s easy for extra players to drop into the game, even if you seemingly have to exit a stage to get them to leave. While it only takes about 20-30 minutes to run through each stage, there doesn’t seem to be a way to save your progress if you want to exit a stage and come back or just take a break, so be prepared to see a whole stage through or make use of sleep mode. 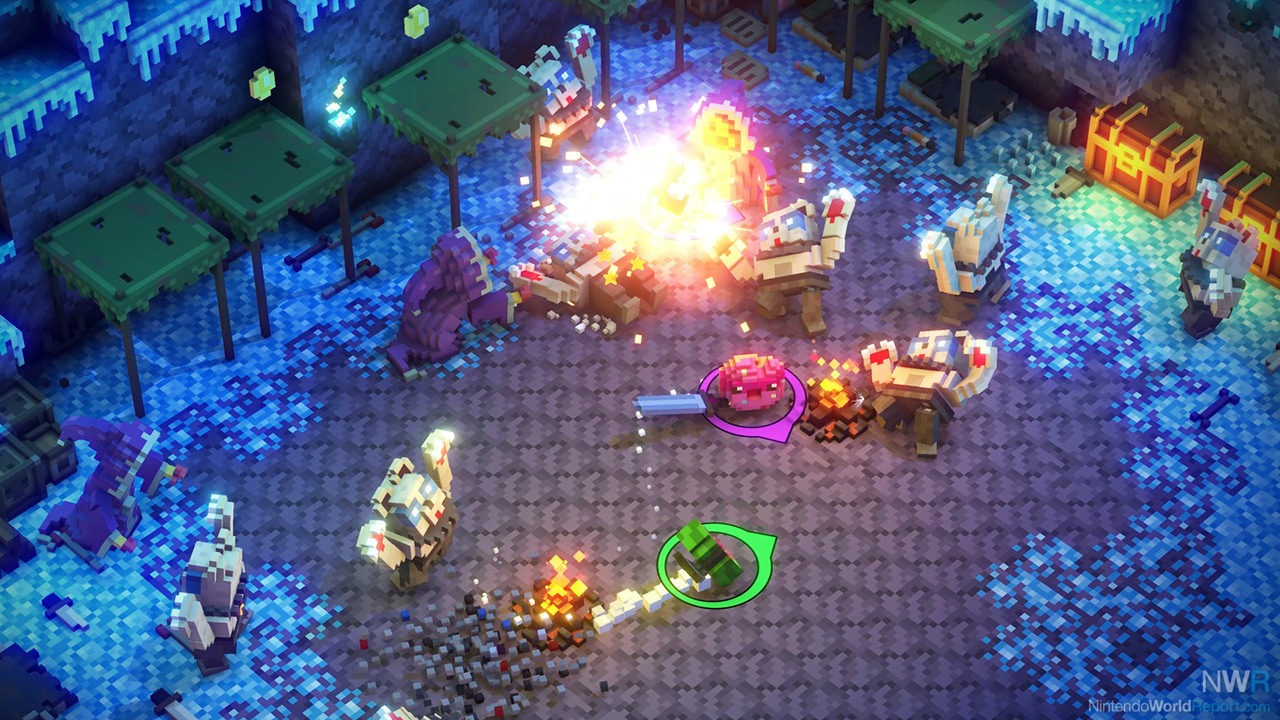 If the major selling point of Riverbond is the wide variety of character skins and weapon types, that’s just not enough to create a very compelling gameplay experience. Yes, it’s funny to run around as a voxelized slice of watermelon swinging a pirate sword or wielding dual hammers, but that charm wears off pretty fast. Although there’s no doubt that playing co-op as a group of four will be more fun than hacking and slashing alone, the minute-to-minute gameplay doesn’t feel satisfying enough to make this a game worth choosing over others in the genre. The objectives are really plain and the challenge and obstacles almost toothless. It might be a good first dungeon-crawler for a younger audience or a family that wants to play together, but this Riverbond ain’t wide enough for me to recommend it to you.