A well-made 2D shooter that will scratch the itch but fail to keep you interested.

If you have ever wanted to take up the mantle and suit up with a SWAT Team in Nowhere City, USA, then you have the exact title with which to do so in Door Kickers: Action Squad. An action-oriented, side-scrolling shooter that shares much in common with Not A Hero or My Friend Pedro, Action Squad will instantly get some attention from fans of these and other door-busting titles. Unfortunately, this latest release has a lot less charm and a non-existent story, so you have all of the gameplay fun with very little to coax you into a long playthrough.

Basic gameplay consists of being given a stage to work through, where you will be shooting enemy units, while keeping hostages from harm. You have your weapon abilities, which include shooting a fully automatic into rooms, as well as an aimed single-shot attack that is utilized when hostages are around, but mostly you will be kicking in doors and blowing baddies into next Christmas. Additional objectives come in the later stages, such as disarming bombs, but all in all this is what you will have to work with. While there is no reason or story behind anything you are doing, this title feels like more of an arcade experience than others in the genre. Jumps and interactions with the environment add some additional ways to traverse, but you will basically be running and gunning your way through this one. Although satisfying, monotony took hold for me quite quickly as the beautiful pixel art and different arenas in which you are fighting weren’t enough to keep me invested in the shooting and health management decisions as you move from room to room. 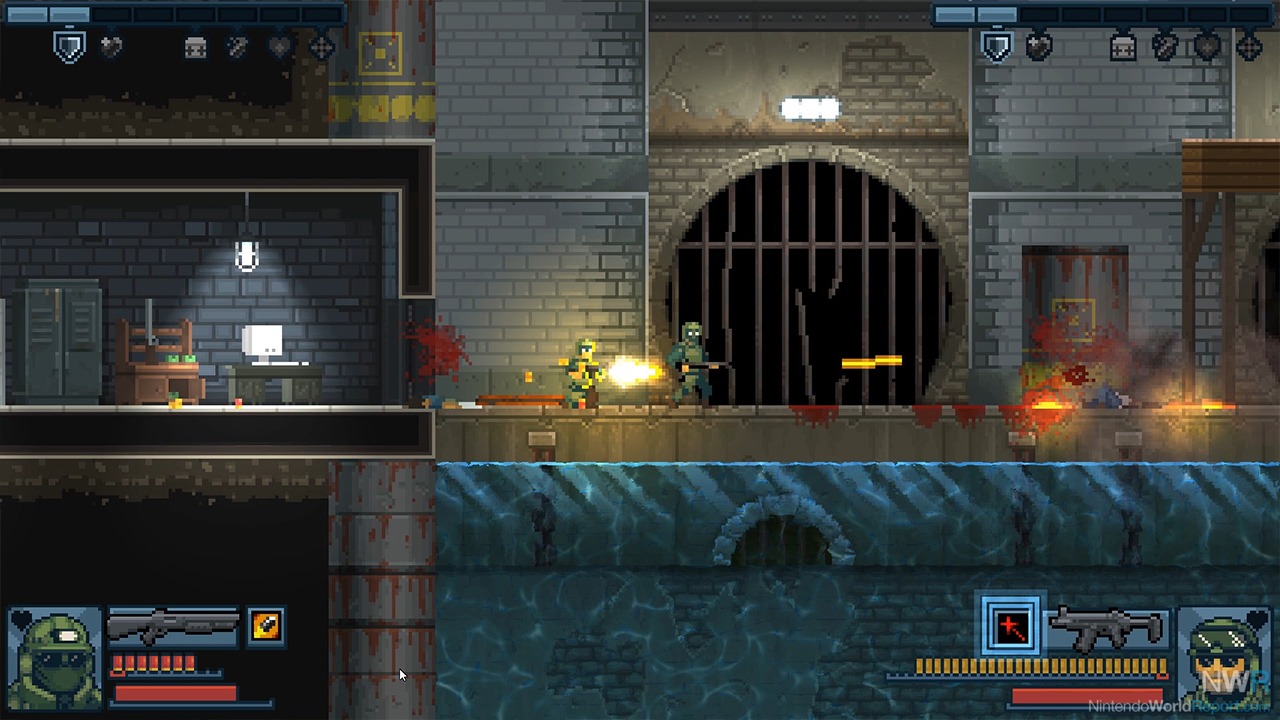 The gameplay loop will be satisfying and addictive to fans that enjoy going for high scores or that are looking to complete as clean a run as possible, but otherwise what you see is what you get. Choosing loadouts from among tons of different weapons and gear allows for a good amount of customization, and with six character classes of differing difficulty, you will be able to not only have a lot of choice but also have the luxury of some replayability as well. Considering the game offers not only online and local co-op for the playthroughs but additionally a full campaign mode with endless tower and zombie variants as well, you will clearly be able to spend a lot of time with Door Kickers: Action Squad if you are enjoying yourself.

Leveling up allows you to unlock additional guns and gear that make the runs more interesting, so playing levels repeatedly is encouraged, but not necessary if you are okay with a more simple playthrough. With additional levels you also gain skill points that can be spent to give your individual character increased health, weapon spread, and additional categories that aid in your fights. Stars are the currency that allow for these unlocks, so achieving successful runs means you will have more at your disposal. 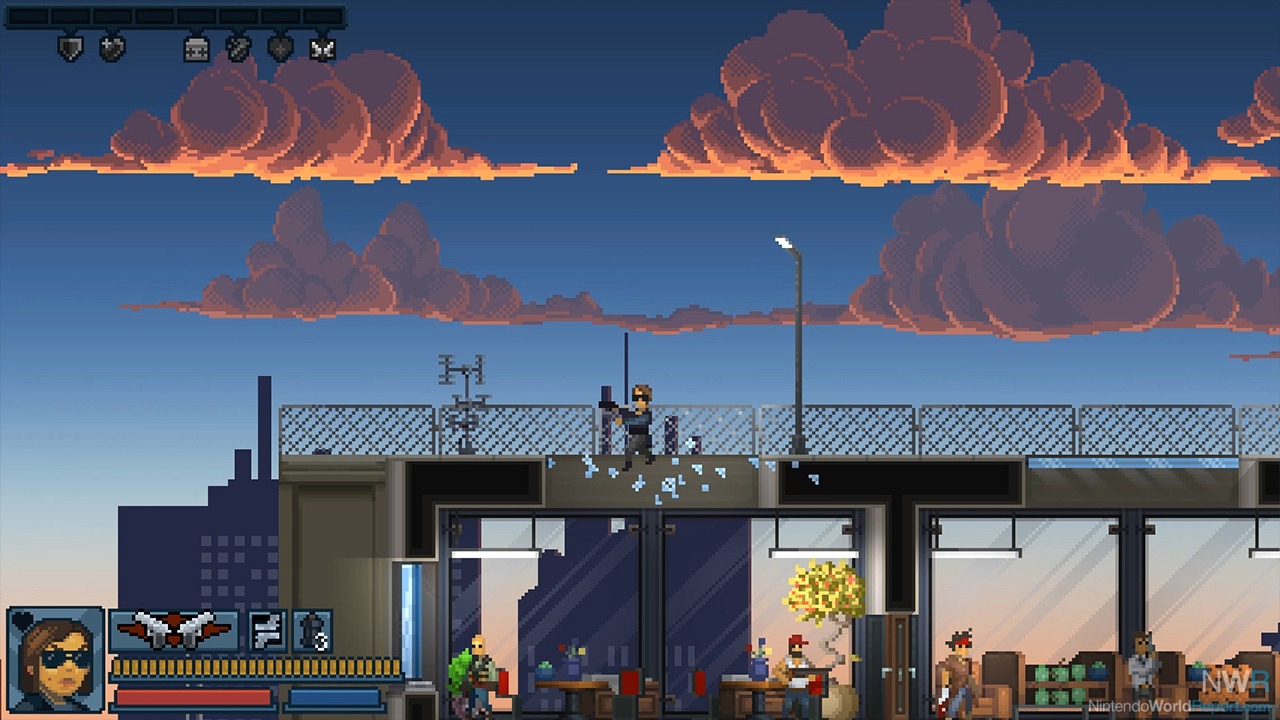 Even though Door Kickers: Action Squad offers a fine single player experience, I would say you really should try to play with a friend. The co-op here is superb, and the lack of story or charm is less of an issue when you are just having a good time with a buddy. In co-op, I got serious vibes of playing Metal Slug on an arcade cabinet—yelling and screaming my way to victory. Even though it does have more strategy to it than classic shooters, I still feel it lands somewhere between a shoot-’em-up experience and full-on strategic combat like you would find in a title like Police Stories.