No time for losers ‘cause Killer Queen Black’s the champion of the multiplayer world.

Killer Queen Black was first announced for Switch during Nintendo’s 2018 E3 presentation, and we’ve been patiently waiting its release since that first tantalizing footage. A remade version of the 2013 arcade game Killer Queen, Black features 8-player competitive online multiplayer that is fast-paced and incredibly entertaining. At its core is a simple premise, but strategy and skillful gameplay are vital to success. If there is a robust online community, Killer Queen Black has a chance to become eShop royalty.

A helpful tutorial guides players through the basic premise of this single-screen arcade game: achieve Economic, Military or Snail victory by working with your team of one Queen and three Workers. Workers contribute to an Economic victory by collecting berries and returning them to their base. They can earn a Snail victory by riding the snail creature in the middle of the map to their designated goal post. A Military victory is earned by killing the opposing Queen three times. The Queen has the ability to fly and has a dashing sword attack to the left, right, or downwards. She can also capture portals that are used by Workers who are holding a berry to power-up. Empowered Workers can select a sword, morning star, laser, shield, or speed boost depending on the portal they enter, but once they become armed Soldiers, they can no longer collect berries or ride the snail. It’s fairly easy to learn how to play, and after only a couple matches players are likely to have a pretty good grasp of what they need to do to win. Mastering the strategy and working well with your teammates will take a little bit longer. 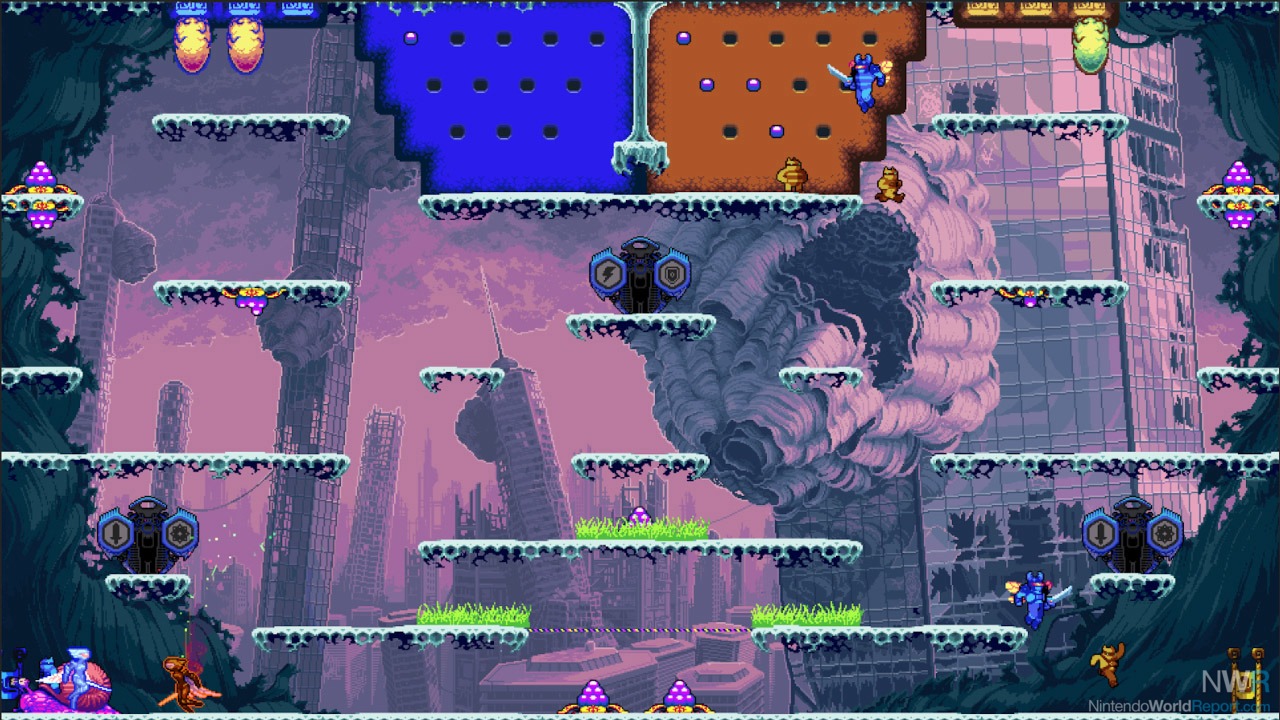 There are a few options in terms of how you actually get into a game of Killer Queen Black. Quick Play allows you to hop into an online match that will start when at least two players are present, after giving some time for other players to join. It will fill the other six slots with bots if no one else joins the match. Ranked sees one person or a team of four compete to raise their position on an online leaderboard by facing off against players of a similar skill level. There will also be an opportunity to face the Black Team after launch, and if you emerge victorious you become the Black Team and have your matches broadcast online. Custom matches are where you would go to invite up to seven other friends to join a match, with some freedom to change match settings. Local wireless enables eight players to join a single local game provided they have two Switches and two copies of Killer Queen Black. If you can arrange it, this setting has the potential to be an absolute riot and closest to simulating the arcade experience of the original game.

Pre-launch, I’ve had limited opportunities to test out the online multiplayer, but only a few of the two dozen or so matches I’ve played had any kind of noticeable lag. The limited number of players meant that most of my matches include one or more bots, which certainly puts you at a disadvantage when your team has more bots than the other team. Fortunately, cross-platform play with PC (and later Xbox) is available at launch, which hopefully leads to a healthy player base. Achievements, new maps, and new characters are planned for the months after launch as well. 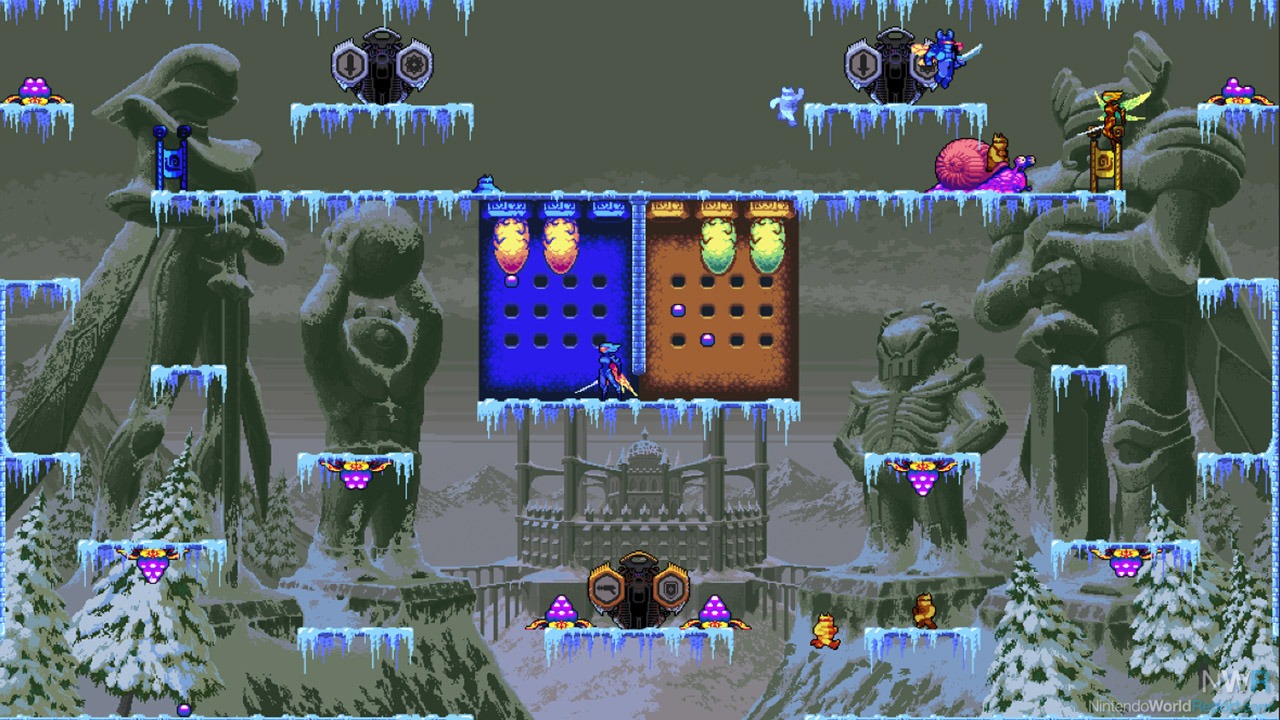 It's very likely that two of my biggest concerns—availability of matches and map variety—will be addressed at and shortly after launch. A lingering but minor concern is that there’s no background music during gameplay, which is odd given the rock-and-roll sound effects and allusion to an iconic band. Regardless, the gameplay of Killer Queen Black speaks for itself; there’s a perfect balance struck between the three victory conditions and the roles of Queen, Worker, and Soldier. I can’t really give it more of a ringing endorsement than saying this: it has the potential to be the definitive online multiplayer experience of 2019, and that’s coming from someone who plays Tetris 99 every single day. If you can get friends together, local or otherwise, you’re guaranteed an awesome time. Dynamite with a laser beam, indeed. My mind’s already blown.

Help! Can anyone tell me how me and my son can both select our profiles when we play 2 players online? We both have KQB profiles but want to play them together. We worked out how to do it with Castle Crashes but cannot seem to do it here. Tried every button.

When we add the 2nd controller, it just automatically adds the 2nd player under my own profile.

Seems like an oversight if we cannot do this, as we have our own stats and ranks we woudl like to use our own profiles together.