Some unfortunate visual choices don't prevent this sizable RPG from being a blast from the past.

Dragon Quest III: The Seeds of Salvation is now available to play on a surprisingly high number of platforms, especially if you live in Japan. First released in the West as Dragon Warrior III in 1992, it would go on to receive Game Boy Color and mobile ports, in addition to Super Famicom and Wii ports that never left Japan. Of all these, it appears to be the mobile version that has recently come to Switch, and with it comes a few changes that may irk those looking for the original experience.

Taking place before the previous two games, Dragon Quest III’s story centers on the child of legendary hero Ortega, who must go on a quest to defeat the evil Baramos. At the outset, you are able to recruit and customize up to three additional party members to join you on your adventure, a significant departure from Dragon Quest and Dragon Quest II. These party members can be from any of the following classes: Warrior, Cleric, Martial Artist, Mage, Merchant, Thief, and Gadabout, with Sage as an eighth unlockable class. I am always reminded a little of the original Final Fantasy in terms of how early you select what kind of party you want to have, but in Dragon Quest III you can drop your companions off, create new ones, and mix and match to your heart’s content. 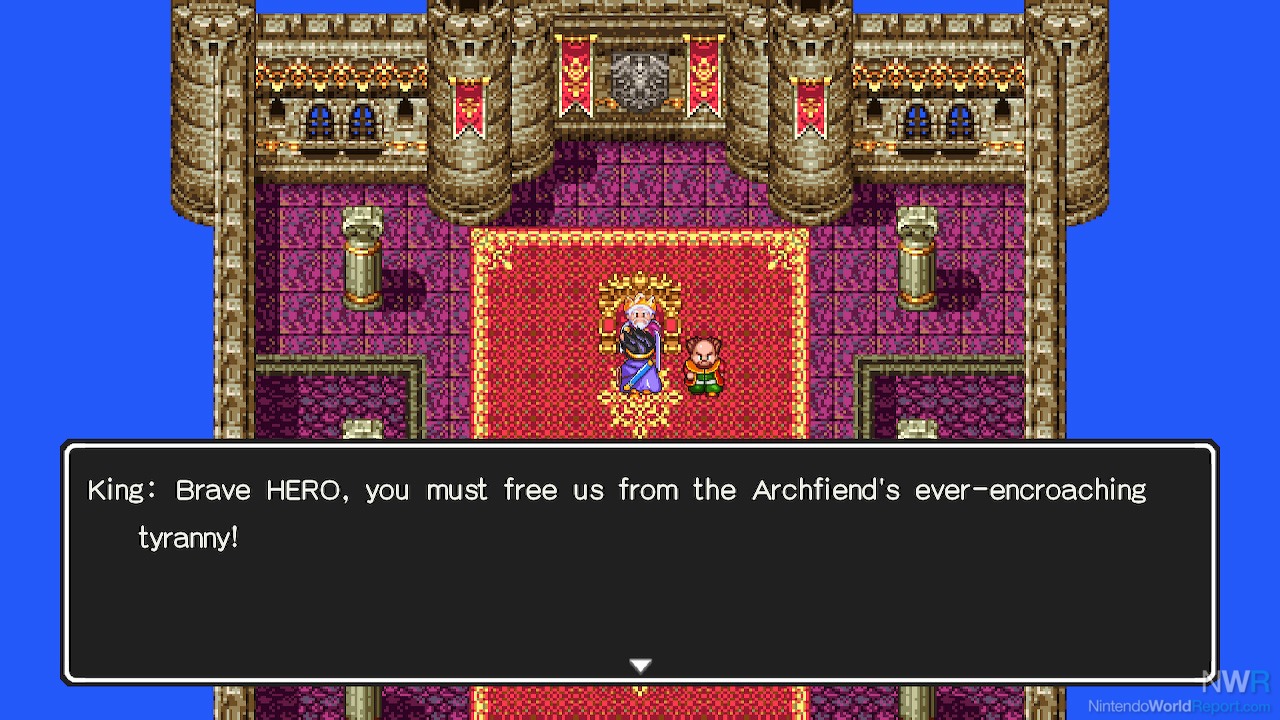 The first portion of the Hero’s adventure sees you collecting special keys to unlock doors and open new ways forward. There are Mini Medals to collect, bosses to fight, and a fairly large map to explore, which can be brought up with a single button press and which denotes most landmarks and shades in places you’ve already visited. As with many games in the genre, you eventually gain access to a ship that really opens up the world, but it’s worth mentioning that Dragon Quest III’s old-school roots are very much apparent. There’s no hand holding here; you need to talk to everyone you meet and remember what people say so that you can figure out where to go next. If you’ve never played it or forgotten the sequence of events, Dragon Quest III can present a serious challenge. Don’t be afraid to use a guide if you get stuck since there are segments where the game gives you almost too much freedom.

Gameplay is prototypical JRPG fare, with turn-based combat, random encounters, a vast overworld to travel, and unique towns to explore. At times the encounter rate can seem a little high, and it would have been nice to see an option to adjust it, especially given the very pedestrian dungeon design. Gaining experience and levels allows your characters to learn new abilities, and how their stats grow is affected by their personality, which is assigned to the Hero through a personality test and assigned randomly to those you recruit. Fortunately, there are many books in the world that you can pick up and have your characters read to change their assigned personality. You can also change a character’s class at Alltrades Abbey once they reach level 20, allowing them to learn new skills in addition to the ones they already have. The bottom line is that you have a lot of freedom in terms of what your party eventually looks like. 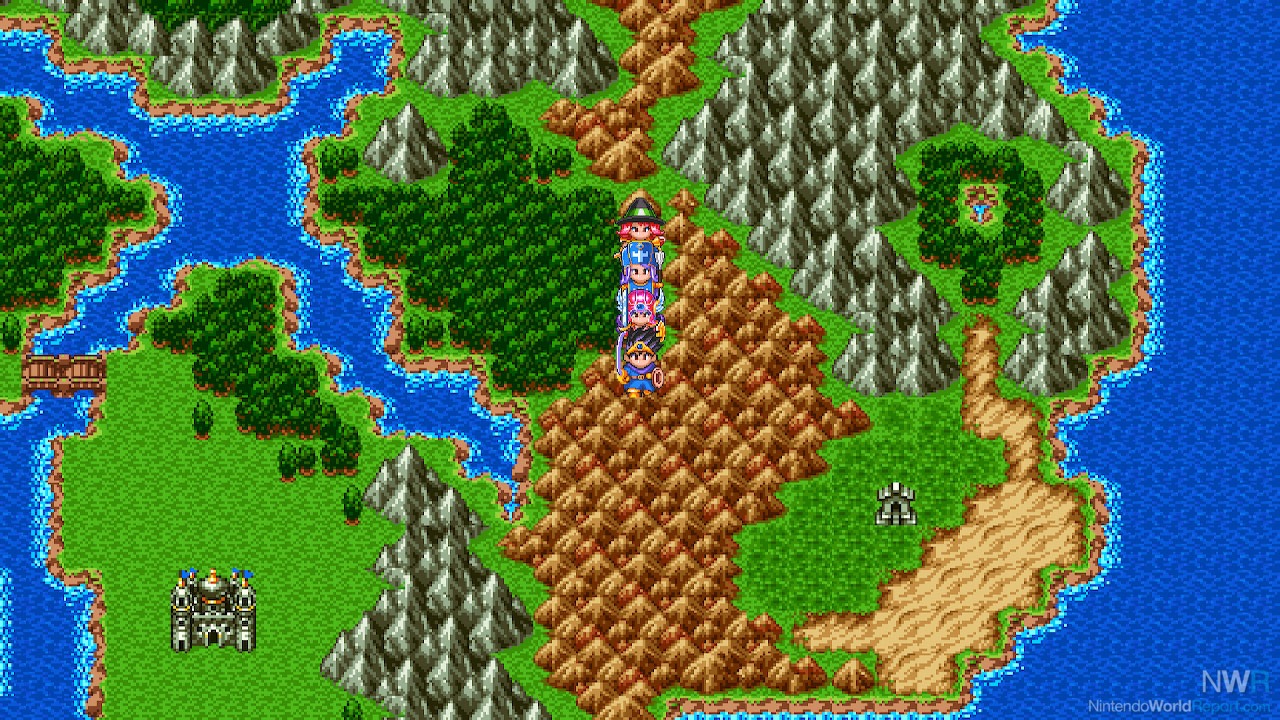 It’s worth noting that the Switch version features 16-bit pixel backgrounds and higher-resolution, sprite-based characters and monsters that stick out like a sore thumb. On top of this is a pretty unattractive font style. There are also no monster animations and the Pachisi (Treasures N’ Trapdoors) mini game has been removed, even though it wasn’t in the NES original. As well, the message speed menu option seems to be bugged: once you set the speed after starting a new game file, any attempts to alter it later don’t actually do anything. On the bright side, there are helpful autosave and quick-save features that can make defeat a little less punishing and allow you to save right before a boss fight, of which there are surprisingly few. In no way would this version of Dragon Quest III be called definitive, but despite these shortcomings, it is still very much playable and fun.

With regards to story and direction, the third Dragon Quest game definitely shows its age, but it also introduced a lot of elements that have gone on to become staples of the series. If you can look past some of its flaws, you’ll find a rewarding experience that enables you to experiment with some interesting gameplay systems. You will have to grind, you could get frustrated, and you may need to consult a walkthrough, but traditional JRPG fans will find an enjoyable adventure that hides a surprising amount of content. Yes, Dragon Quest III on Switch may be ugly, but if that’s the worst sin it commits, don’t let that stop you from trying out this classic of yore.