A colorful 3D Platformer that stumbles over itself.

It’s surprising that despite how bold and vivid the art style, Newt One has very little to offer in terms of a fun experience after about 15 minutes. It has you take control of a small character that kinda looks like a fairy, or witch, or imp, or wizard, or pixie thing? I don’t know, but it looks neat, and it’s name is Newt. And just like Newt’s species, the very light narrative is weirdly all over the place. All of the Elders from different realms have vanished, and now the world is falling asleep, meaning all of the color is gone. Also, it’s Newt’s birthday, and they’re trying to discover what their role in life is, while also preparing for a “test” that will determine if Newt is worthy of being the new Forest Elder. Apparently Newt is the Chosen One, and if Newt fails, they will just vanish from existence. This all happens while Newt tries on different outfits, and has fun with fashion. Yeah, it’s weirdly a lot of narrative details for what is about a five minute story when squished together. The best way to sum up Newt One: a lot of extra and unnecessary content that has no substance. 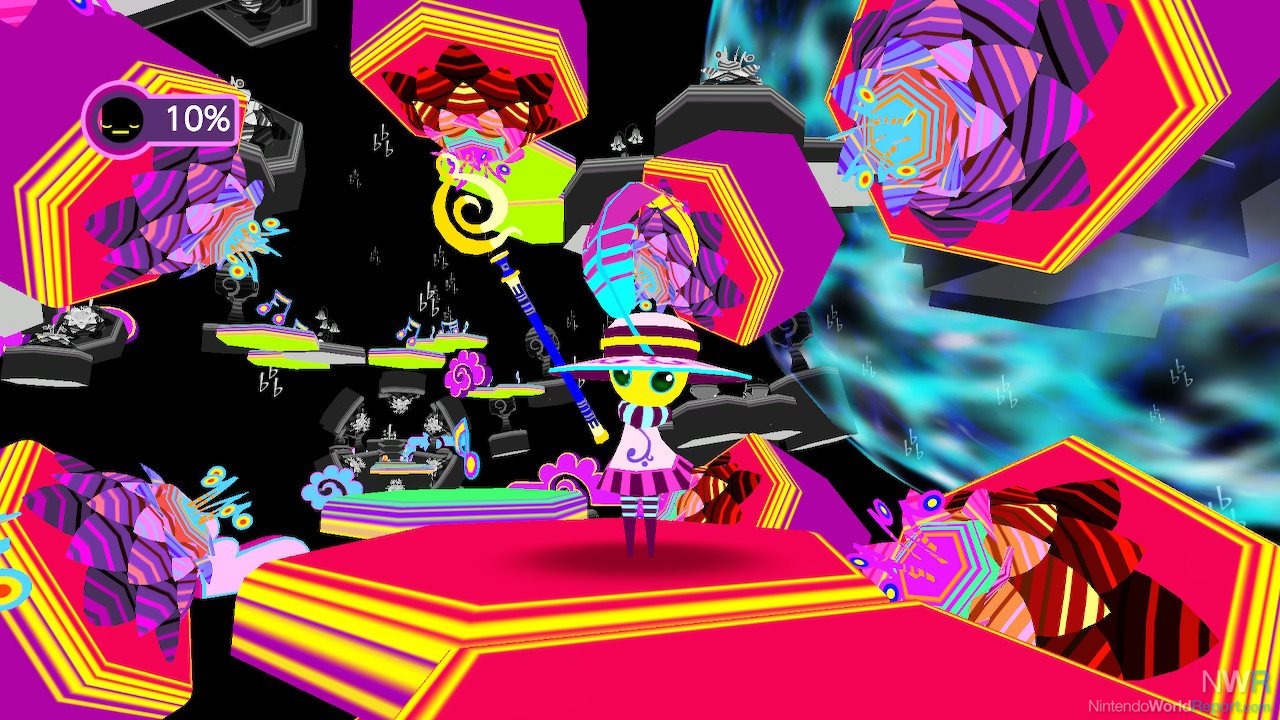 The gameplay of Newt One is akin to a very standard 3D platformer. When you start a level, every model in the level is in grayscale, until Newt touches it. This will restore it back to it’s colorful state. The objective here, is to bring back color to all of the realms, by touching everything. It’s not open world but rather pathways that connect and overlap in a fairly linear structure in terms of progression. Even though the way forward is linear, there are sometimes different routes, but this is very seldom. And the paths often intersected, making traversal fairly quick to get around. At least it would, if Newt controlled better. Unfortunately, Newt does not feel good to control. Newt can jump once, just a single jump. Even more frustrating is how Newt moves. Rather then turn around, Newt moves backwards, much like a car. This made turning feel really odd, because your unable to obtain a sense of good control, and the attempts at trickier platforming are only hard because Newt’s movement both in the air and on the ground is uneven. Sometimes jumping from the same spot to another, I would miss, because the jump didn’t take me as far as the last jump. This lack of consistency in jump distance makes it frustrating to even want to push forward, and there are even times that I would glitch into walls and get stuck, ruining a “perfect run” challenge. On top of the lack of consistency, large spherical fields that Newt jumps into, don’t allow color to be restored. This mechanic adds nothing but more time, because as soon as Newt jumps into one, they can be turned off, wasting time that could have been used to add color to the world. 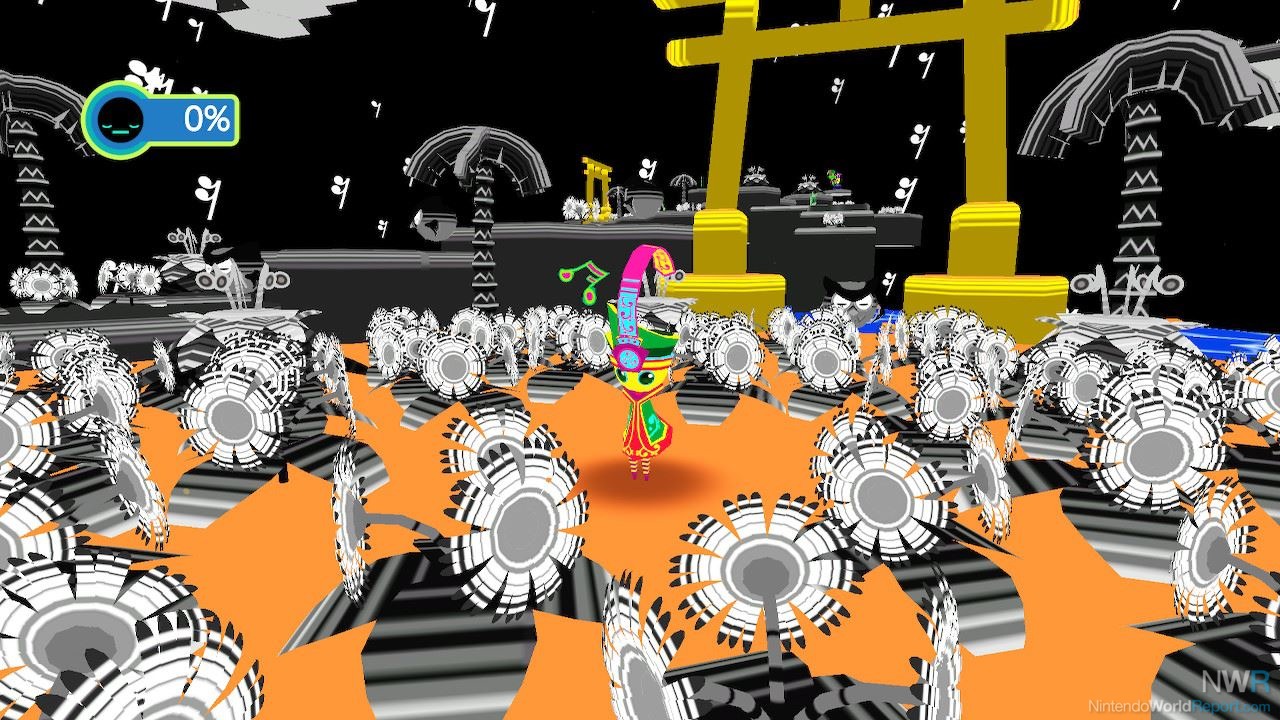 A few power-ups are scattered in different levels and they are required to progress forward. The power-ups certainly add value to the experience. A drum set creates a field of music around Newt that will color in the world and freeze platforms like water, or lava. A set of wings helps Newt jump higher, and allows them to glide long distances. Lastly, magic allows Newt to restore color to everything in their general vicinity. The magic wand is neat but removes the need of touching every single object in the level, which is totally fine. Walking around and touching everything is a chore, and the early levels doing this drag on. That said, I wasn’t sure if restoring color did anything outside of slowly turn the music up. A percentage meter is present, but it’s more of an achievement than a required task. 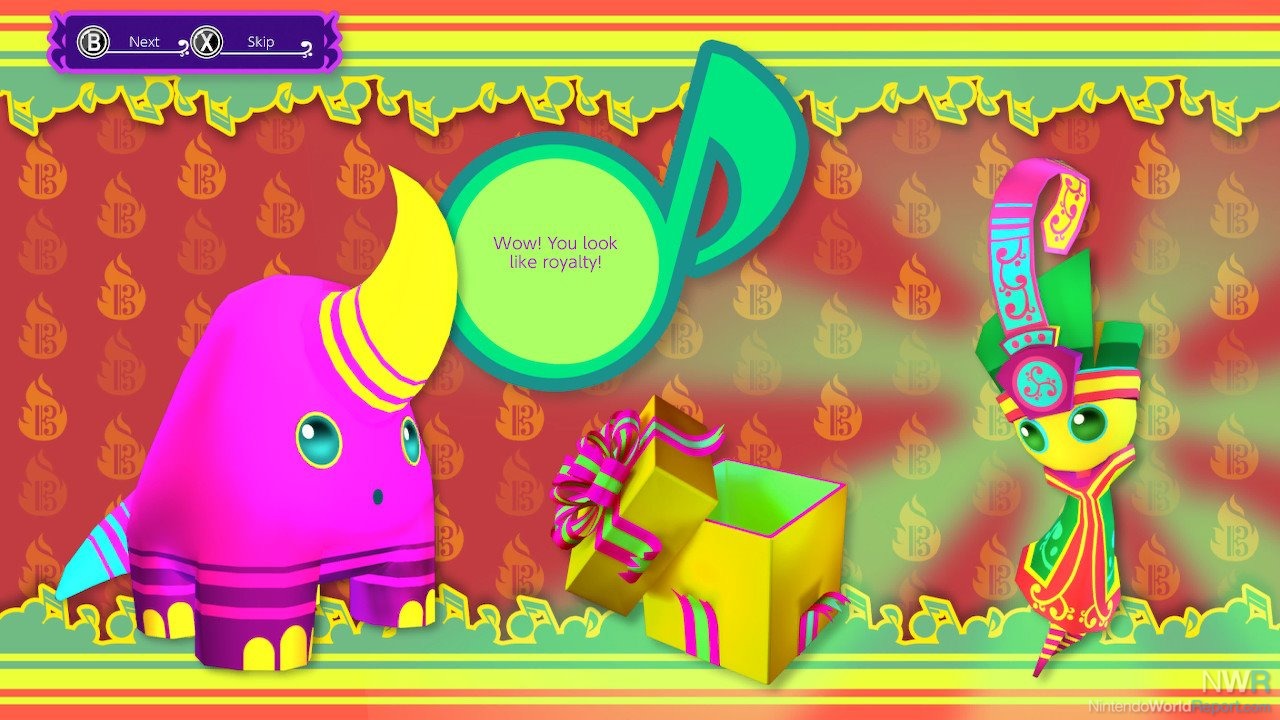 Additionally, music notes are scattered around the level. There isn’t an indicator how many are in each level, or how many are left; it’s very arbitrary. Collecting music notes will change the design on Newt’s outfit, and give you an achievement. It’s an interesting mechanic but ultimately feels unnecessary because none of the music notes are particularly hard to find. The only challenge is a bird that needs saving, which takes an additional 15 seconds, a detour that’s hardly out of the way. Collecting all of the birds will at least warrant some additional challenges, that I did not enjoy because of Newt’s controls. 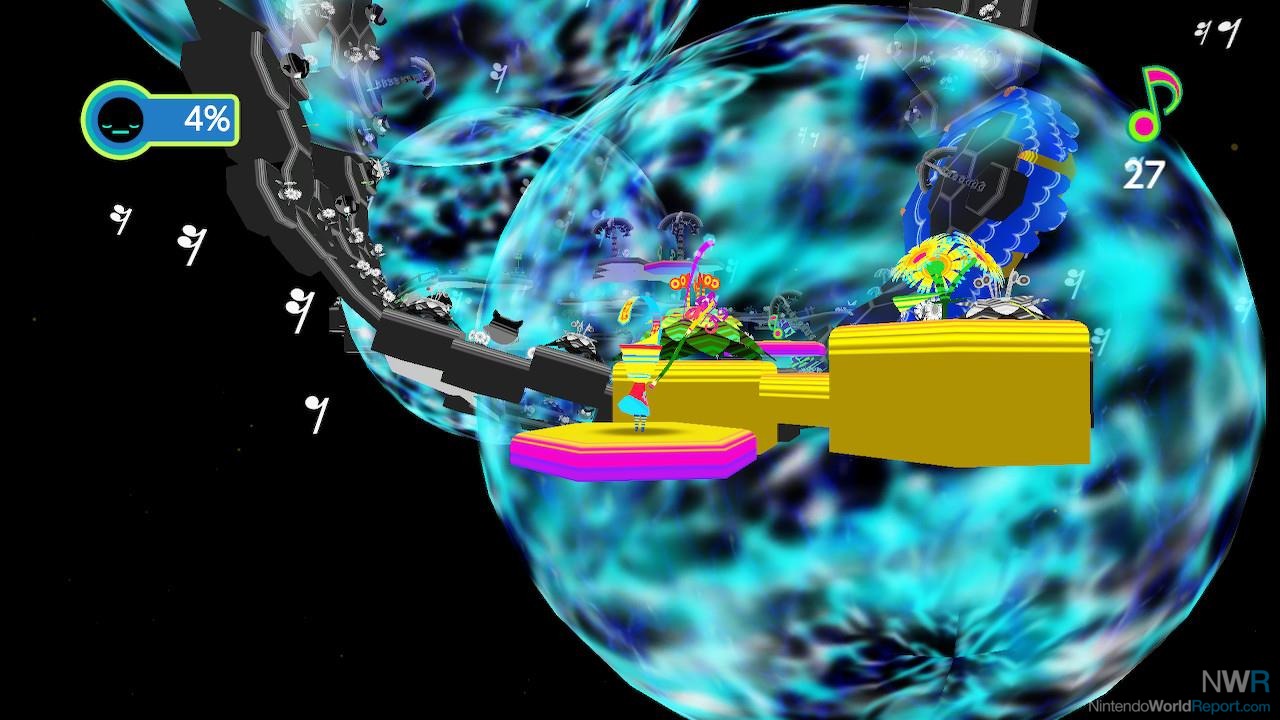 The art style is very basic, but bold. Not a lot of details can be seen on the models, but the style guide clearly has picked out it’s palettes. The colors are very bright, sometimes distractingly so, and that’s a mileage that may vary depending on the situation. The bright colors at least made it easy to spot areas undiscovered, but again, this is hardly ever a problem because of the structure of the levels. But while the colors are neat, and the apparent low poly count in the geometry is trying to compliment the art style, Newt One is missing a lot of flair in both the visuals and the music. Aside from color changes, each level looks very similar, with just a handful of distinguishers for each realm. Hardly an animation is to be found, and the cutscenes appear to be storyboards that use in-game models, with text written in the most basic word processor font. Next to no visual effects are present when collecting music notes, or saving a parrot, or restoring color. A few are shown when Newt uses a power-up but a lot of what is shown is just a pop in/out of color, or music notes disappearing instantly upon touch. In the sound department, the levels always start out nearly silent, and the music begins to creep back in as color is restored. The tracks themselves are nothing to write home about. They are short, generic “happy music” played on a guitar that doesn’t match the party color atmosphere. Unfortunately, next to no sound effects are included, which again, just adds to the lack of polish that works against the bold art style. 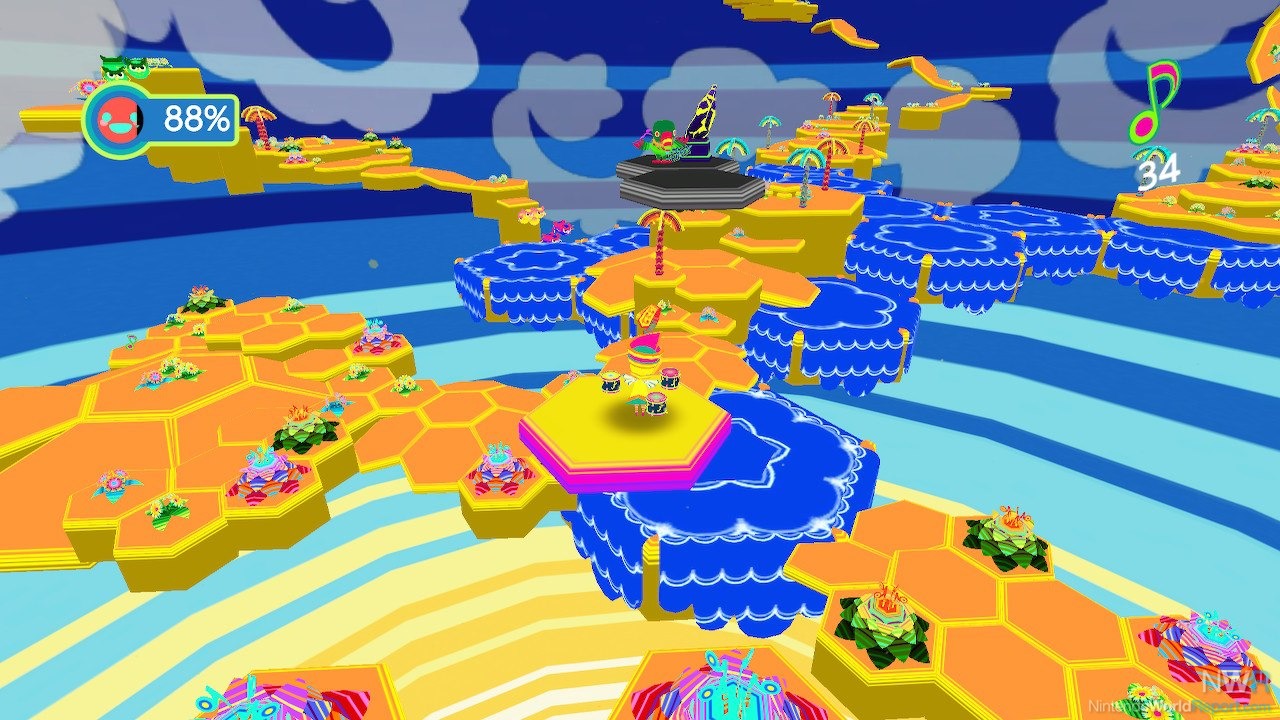 Newt One is just a flawed experience. It clearly had some time and love put into it, but it doesn’t feel finished. Everything is working against it. It has an interesting art style, but lacks the animation and visual effects that supplement it. The premise is about restoring color to the world and bringing back music, but the music doesn’t match the levels, and is missing sound effects. Newt’s story is weirdly paced, and has a lot of unnecessary details that don’t add anything to it. In short, unnecessary details trip up Newt One from being something interesting.