A good foundation for what will hopefully be a solid new perspective for Risk of Rain.

The original Risk of Rain was a roguelite with the core theme of raising the difficulty level as time went on in a given run. Level layouts were always the same, but the locations of items and enemies were randomly generated with each run. Risk of Rain 2 is almost the very same game with one big difference: while the first game was a 2D side-scroller, the sequel is a 3D open world-esque experience.

Each time you start a new run, the game is split up into a number of levels that each have the goal of reaching a teleporter to finish the stage. Once the teleporter is activated you’ll enter a timed gauntlet that infinitely spawns enemies and a giant boss. The gauntlet’s timer only ticks down when you’re near the teleporter, so running away from enemies and hiding won’t make it any easier. 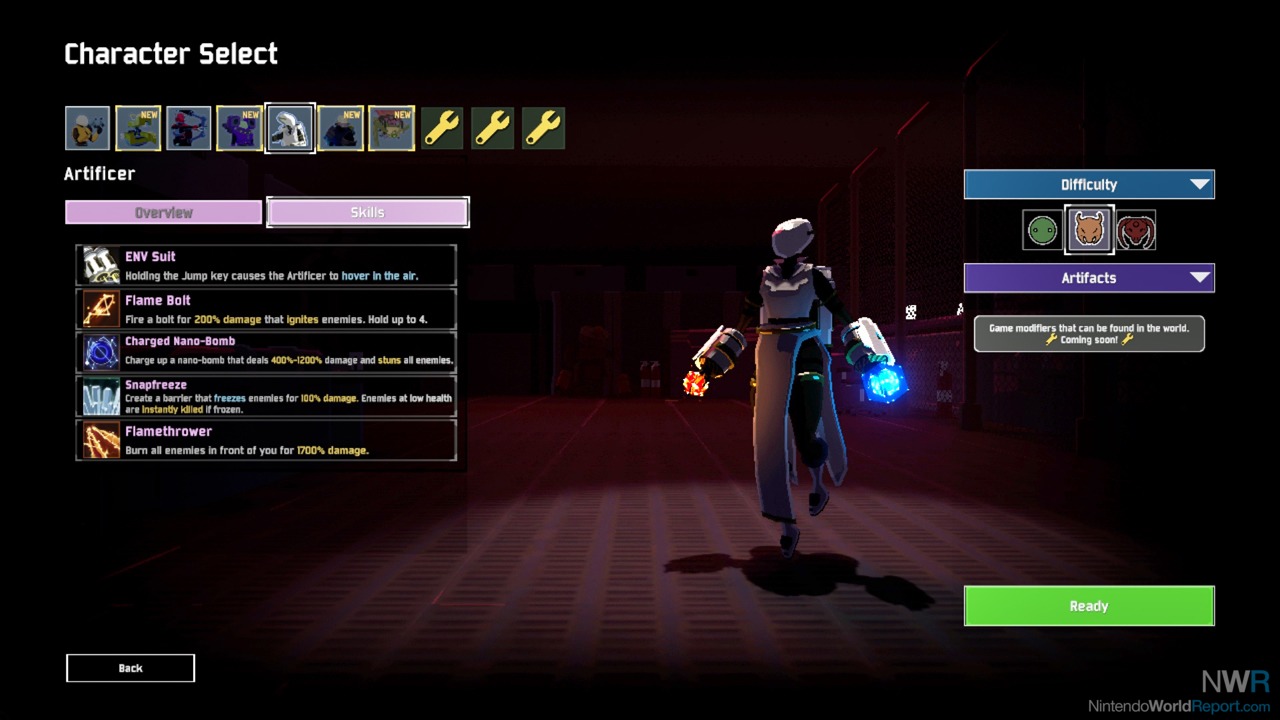 This setup is exactly the same as the first Risk of Rain - and the majority of power-ups and items even come directly from the original game. Since the two games are so similar it’s difficult to talk about Risk of Rain 2 without making a lot of direct comparisons. My biggest problem with the original was that the simple pixel art and zoomed out camera made it very difficult to tell what’s going on. The 3D third-person perspective this time around completely mitigates this issue. The graphics overall are a lot more distinct and easy to read.

A big downside introduced by the new perspective is in the controls. Risk of Rain 2 was very obviously built for a mouse and keyboard (as is easy to tell from how clunky the menus are with a control stick), and this makes actually aiming very difficult. Since a traditional controller will never be as precise for aiming as a mouse, most shooters introduce an aim assist on console versions. The feature is so crucial in some games that even the PC version will grant aim assist to users who plug in a controller, but it’s completely absent in Risk of Rain 2. Because of this, aiming was a frustrating challenge that never felt quite right with a Switch Pro Controller. I actually didn’t really start enjoying the game until I unlocked the Huntress class that automatically targets nearby enemies. 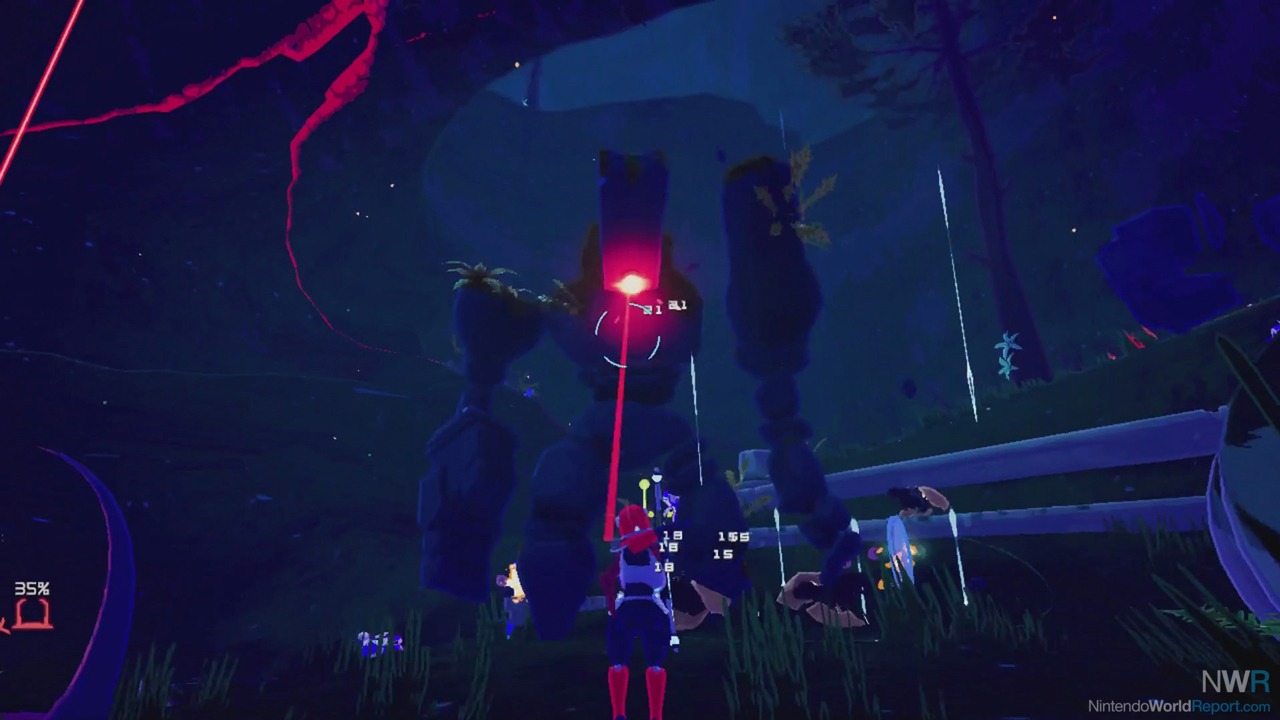 Another odd thing about this game is that despite being properly released on the Switch eShop, it’s actually still listed as Early Access on Steam. This is noticeable in-game as the content is overall a lot lighter than the original; there are fewer playable characters, levels, and items. There isn’t even a proper ending like the original game had - all runs are endless and simply loop forever until you finally reach the point where you’re overwhelmed and defeated. The listing on the Switch eShop does specifically promise that more features are coming in the future, but since the Switch does not have an Early Access program it’s odd to see a self-admitted unfinished game released on Switch for a higher price than its PC equivalent.

Since Risk of Rain 2 is explicitly in Early Access on another platform I won’t be giving a definitive verdict quite yet; I’ll likely revisit it in the future once the Early Access moniker has been removed. The content that’s in the game right now shows a lot of promise, but it is unquestionably missing some content that will make it feel fleshed out. If you’re not afraid of putting in an investment now for what the game will become in the future you’ll probably be pretty happy with how things are shaping up, but keep in mind that this is not a finished game. The state that it’s in now is not what the developers are confident enough to say that they’ve really released it on Steam, and if that worries you then it’s best to wait a little longer before deciding to jump in the new 3D world.