It’s okay to be the second-best behind Diablo.

Torchlight II has a history that owes much to Diablo, both because of its gameplay and some of the original team at the now-defunct Runic Games having ties to Blizzard. Originally released in 2012, the version hitting the Switch now in 2019 is a polished experience that translates the quality dungeon crawling of the original release ably on the portable system. Overall it’s a somewhat by-the-numbers Diablo-esque RPG that might not be across-the-board exemplary, but it does everything well enough.

The port here is handled by Switch veterans Panic Button, who also handled the Switch port of Hob, Runic Games’ 2017 release. While Panic Button’s other Switch work (Doom, Wolfenstein, Warframe), have been excellent, I found their Hob port somewhat dodgier. It’s a welcome sight to see that be a rare blip because Torchlight II on Switch runs extremely well and even features some noticeable UI tweaks for consoles that make the experience much smoother on Switch. A lot of options are crammed into a lot of menus, which is sometimes a tiny bit clumsy but rarely confusing. 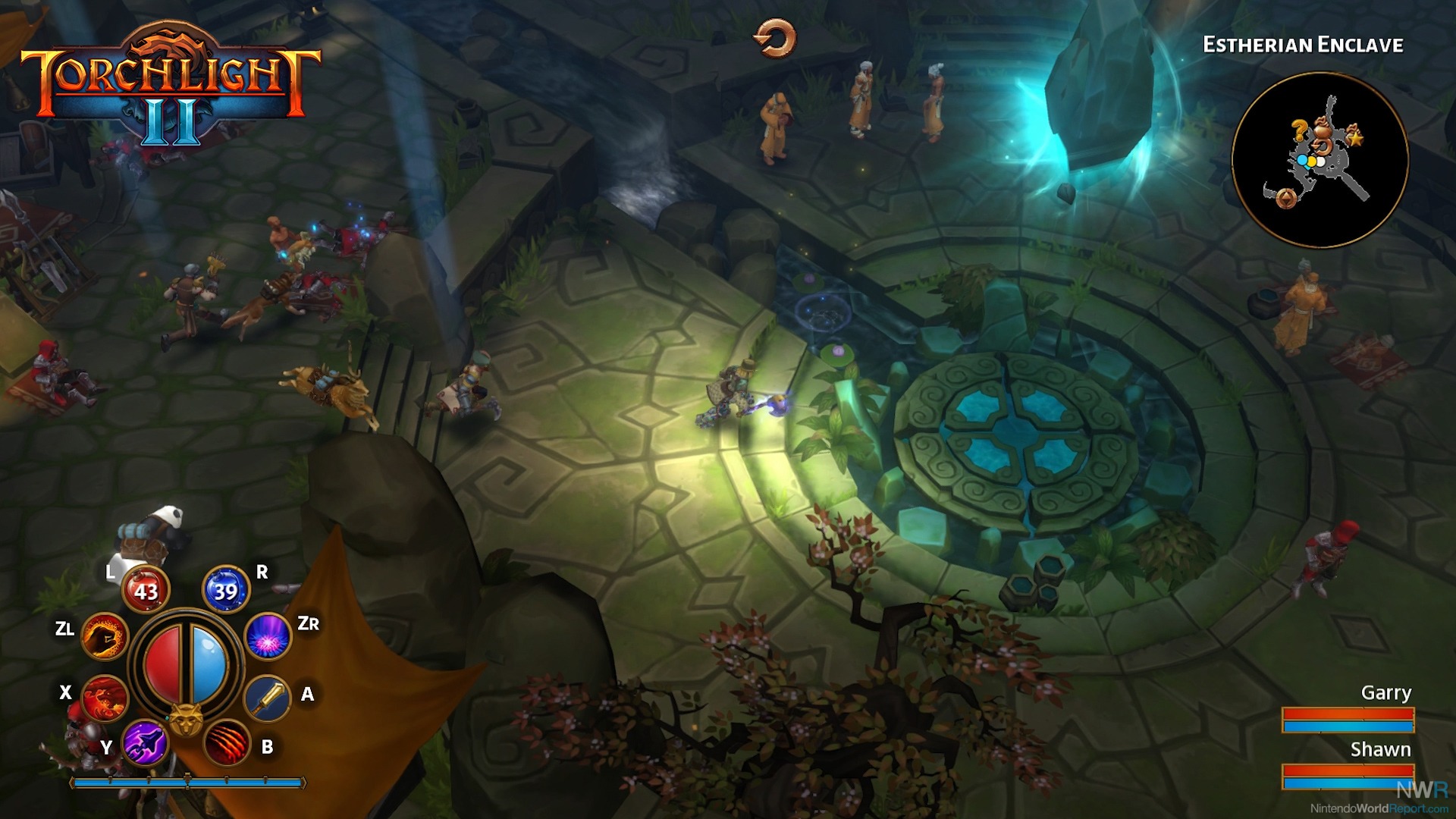 The core of Torchlight II is a quest that is relatively straightforward taking you across various towns, overworlds, and dungeons. Four classes are available, including the melee-focused, steampunk Engineer, the ranged Outlander, the animalistic Berzerker, and the magic-wielding Embermage. Each class is fun to use in combat, though they all primarily fit into narrower archetypes. Each one has some inventive special abilities that can later be unlocked, but at the outset, it’s relatively by the books.

Some cute elements exist on the periphery, most notably pets. Pets rule. They’re cute and you can name them. Also they help you in battle - great for solo runs - and can even ferry back items to town to sell. Buttons can be simply remappped so you can have whatever abilities, attacks, and items you want all set to one of the numerous buttons on the Switch controllers. This flexibility was nice, letting me fine-tune my character to focus on how I wanted to use them. 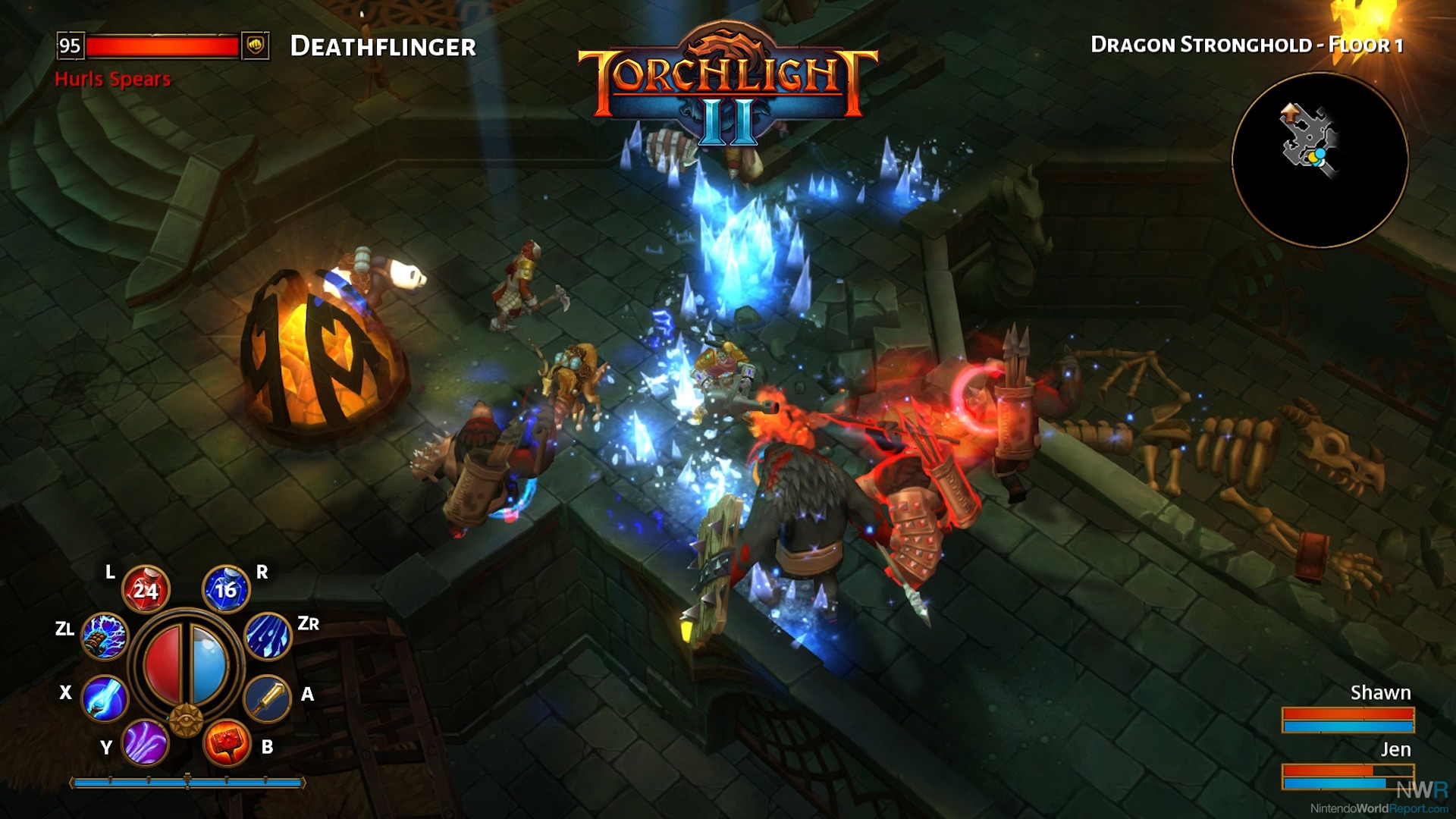 This is a totally capable and enjoyable action RPG, likely the second best on the system next to Diablo III. It doesn’t match up to the variety and expansiveness of Diablo III, but the more focused and uncomplicated scope might make for a nice alternative. Disappointingly so, Torchlight II offers no means of local multiplayer on Switch, but four-player online play is present and ran well in my experiences.

I wish I had more to say about Torchlight II, because it is a solid dungeon-crawling RPG that features a quality Switch port with some flexible and smart functionality and UI tweaks for the console in both docked and handheld forms. It just doesn’t go above and beyond, feeling more generic overall. This is a Diablo-like game that feels a whole lot like Diablo, but doesn’t carve out enough of an identity on its own to leave a lasting impression. Still, the only games of this genre that do the raw gameplay better are the ones that snuck their way into this review as a modifier to explain the style of game this is.