Never Give Up (Switch) Review

Good advice that can be very hard to follow at times in this challenging platformer.

The platformer genre is a crowded one on Switch, from high profile titles like Super Mario Maker to indie darlings like Celeste. It takes a lot for a new entry to stand out among all the quality games of this type, but Never Give Up combines a unique level structure with a lot of variety to create one of the stronger platformers I’ve played recently. 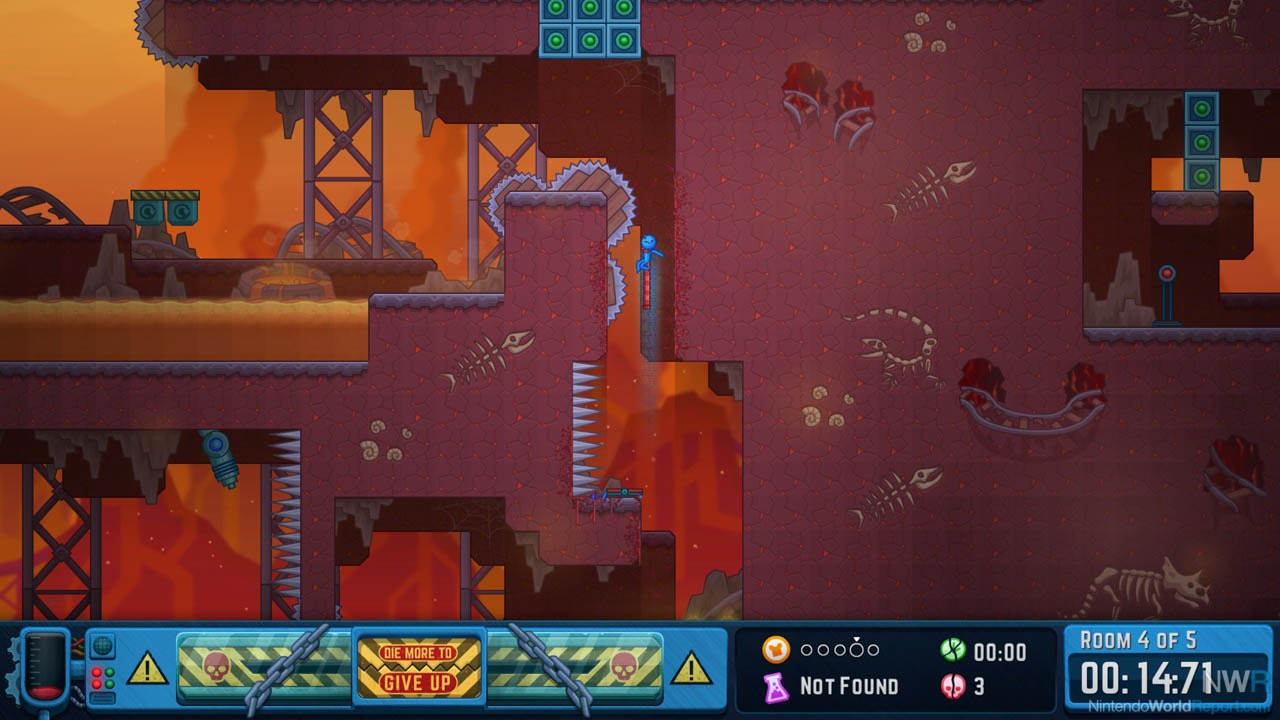 Never Give Up is split into groups of usually five to seven levels that get progressively harder by building on to the previous level. The first of a set is usually short and fairly simple, but then the next will take that same basic design and add on new sections and new obstacles. This could have seemed stale and repetitive if done wrong, but instead it feels like a fun progression, with you getting better each time and learning tricks that you’ll need even more the next. There are only two buttons you need to worry about, jump and slide, but the levels find a whole lot of ways to combine those in interesting ways.

There are multiple difficulty levels in Never Give Up, but the Easy difficulty is definitely the way to go the first time around. The only difference between Easy and Hard is that Easy includes checkpoints, which you are really going to want when you’re learning the level designs, especially in the later levels in each set that can get pretty long. There is also a permadeath mode, which just seems incredibly punishing. 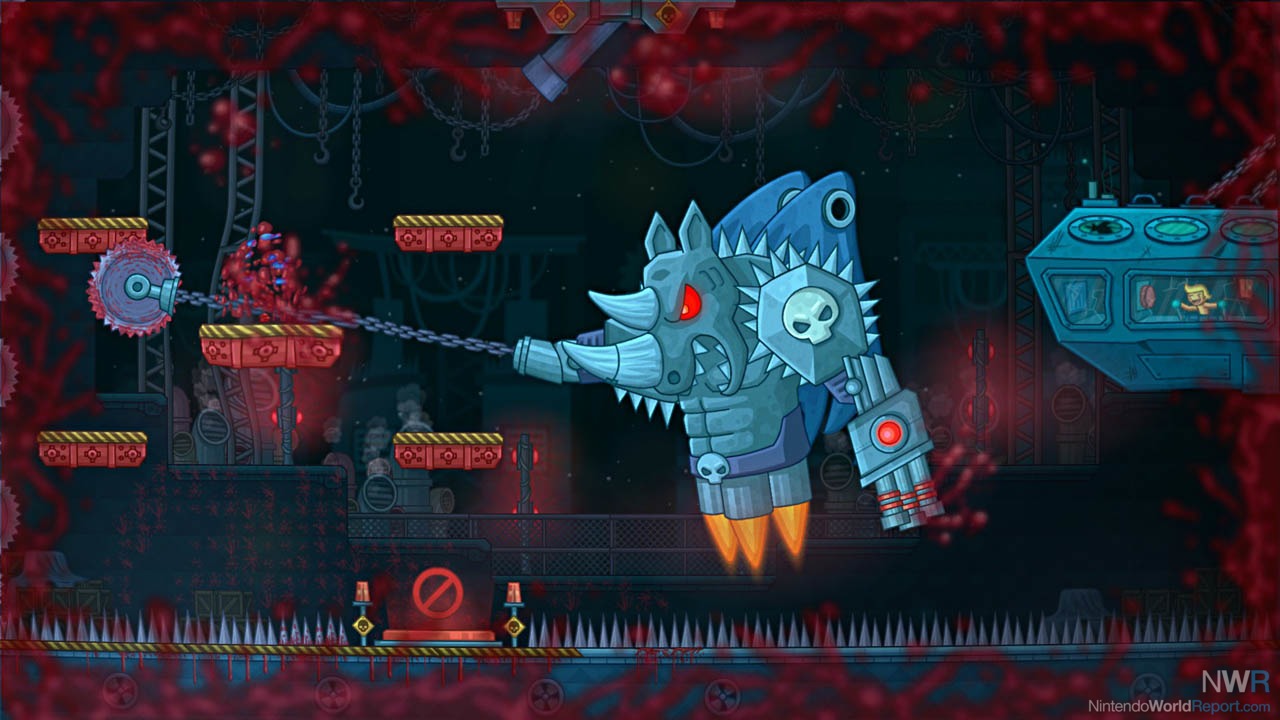 Difficulty balance is a really tricky thing in a game like this, where you want to maintain a high level of challenge without seeming overly cheap, and for the most part Never Give Up does a good job of walking that line. There will be times when you swear at the game for what seems like an unfair death, often involving invisible blocks that you have very little chance of avoiding your first time through, but those are generally few and far between. There also isn’t always an obvious logic to the placement of checkpoints, which can lead to segments where you have to execute several difficult maneuvers to reach one and then see another one in quick succession. This is especially an issue in boss levels, where the bosses follow the traditional “three hits and it’s dead” pattern but you only get one checkpoint, after the second hit.

Never Give Up is clearly inspired by games like Super Meat Boy, right down to details like blood from previous failed attempts splattered across the levels. That’s a bar that many indie developers aspire to, but this is a game that’s mostly worthy of that lofty comparison. Switch owners are spoiled for choice when it comes to platformers, but this is one that stands out as worth playing.