As we get deeper into the lifecycle of the Switch, developers are becoming much more savvy with what they can bring to our favorite portable workhorse. That’s not to say the Switch version is always comparable to the other platforms, but this does happen to be the case for the terrific tactical-RPG, Mutant Year Zero. This incredible offering was a top ten PC game for me in 2018, and I consider it a must-play for fans of the genre. Credit should be given to the folks who somehow managed to get this to work on Switch, but the graphical and performance trade-offs leave this a title that should be played but probably on a stronger piece of hardware. 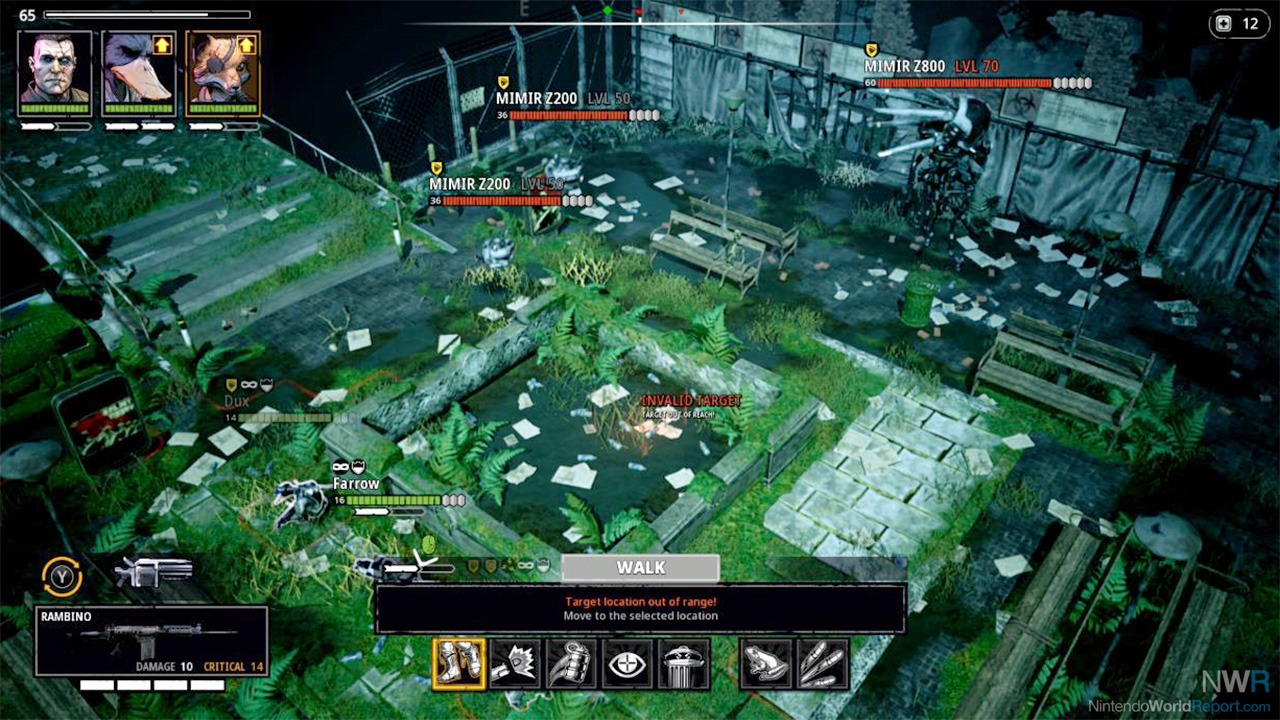 In a post-apocalyptic world, the remaining remnants of society adapt to mutations resulting from a nuclear war and attempt to survive atop a retrofitted oil platform. Civilization lives on thanks to the Stalkers, an elite group of mercenaries who travel into hostile territory with the threat of constant attack from zombie-like humans in order to secure resources for survival. The story has many of the tropes you’d expect to find in a post-civilization title, but the writing finds its stride with the superb interactions between the playable characters. The personalities of each of the main characters are brilliantly written, and the delightful dialogue is full of puns and jokes that really hit the mark.

Gameplay consists of taking your group of Stalkers into the wilds in the hopes of locating and rescuing an individual of importance to the settlement. Exploration and battle sequences follow the example provided by XCOM, wherein you’ll take the team through an open world until you reach a group of enemies to battle. The combat sequence involves turn-based gameplay where characters move around the battlefield and end their turn with an action. Creativity can run wild when it comes to devising effective strategies. Multiple types of firearms are available, along with various forms of grenades and mutant powers that can be utilized to gain the upper hand. Objects and items in the battlefield can be used for both cover and to gain a tactical advantage. Nothing was more satisfying than leveling an entire building with a grenade, resulting in the removal of cover for an enemy who I then promptly sniped.

The extent to which you’ll be able to enjoy the witty banter and excellent battle mechanics will be determined by your sensitivity to graphical degradation and performance issues. The graphical limitations of handheld mode feel like playing through a coating of Vaseline on your screen. The visuals are definitely improved in docked mode, but items within the environment can easily be overlooked and the low resolution really takes away from the beauty and detail that exists in other versions of the game. Luckily, you can save anywhere and I do highly recommend to save often as performance issues can lead to crashes and loss of progress. The developers have stated they are working on optimization, but so far no timeline exists for updates.

Mutant Year Zero is yet another example of the ongoing debate between portability and performance. The graphical difference between the Switch and PC versions can’t be understated; the lack of detail has a marked impact on the overall experience. Having said that, the amount of time you could easily sink into this amazing tactical-RPG could be significant, and so maybe the graphical sacrifice is worth being able to play on-the-go. While Mutant Year Zero may be best played on its original platform, I would still recommend this version to anyone wanting to play on Switch.