Originally released for the PlayStation 4 and Vita back in 2014, Pix the Cat is a classic arcade style high score-chasing maze game. The aesthetic is similar to a lot of the “retro arcade remix” games from the era such as Geometry Wars or Space Invaders Extreme, but with a cute cartoony spin. The main arcade mode is intentionally full of visual and auditory overload to distract you from the task at hand: deliver those eggs on time. All in all, it’s an exceptional but simple arcade game that is perfectly suited to the Switch, but with one big caveat: the middling-to-bad D-Pad options.

The basic gameplay of Pix the Cat is as follows: You are the titular cat in a Pac-Man-style maze. Littered throughout the maze are both eggs and targets. Your goal is to navigate the maze to collect all of the eggs before delivering any of the eggs to the targets. Once you have all of the eggs delivered to the targets, a path opens up to the next maze. Because all of the mazes are carefully designed, and not randomly generated, a big part of the strategy is the repetition it will take to learn the correct path through each maze. In addition to the overarching goal, you are forced to keep moving (otherwise you lose combos and speed) and the game continues ramping up the speed the better you perform. The better you get, the harder the game pushes back, which is delightfully addictive.

There are three main boards - Starter, Main, and Dessert. In addition, a new board rotates in each day. Each board has many floors, and while certainly each board has an end point, you would have to be an absolute master to reach the bottom of a given board. Instead, you’re playing on a five-minute timer, and the longer you can maintain top speed (by not making mistakes) the further down you can go and the more points you can rack up. Different narrators can be unlocked as well, which is a fun bit of flavor. The game even lets you play against ghosts - either your own best score, the best score on your friends list, the best score in the world, or the best score from the developer. It’s nice to have something to race against in a single-player game. 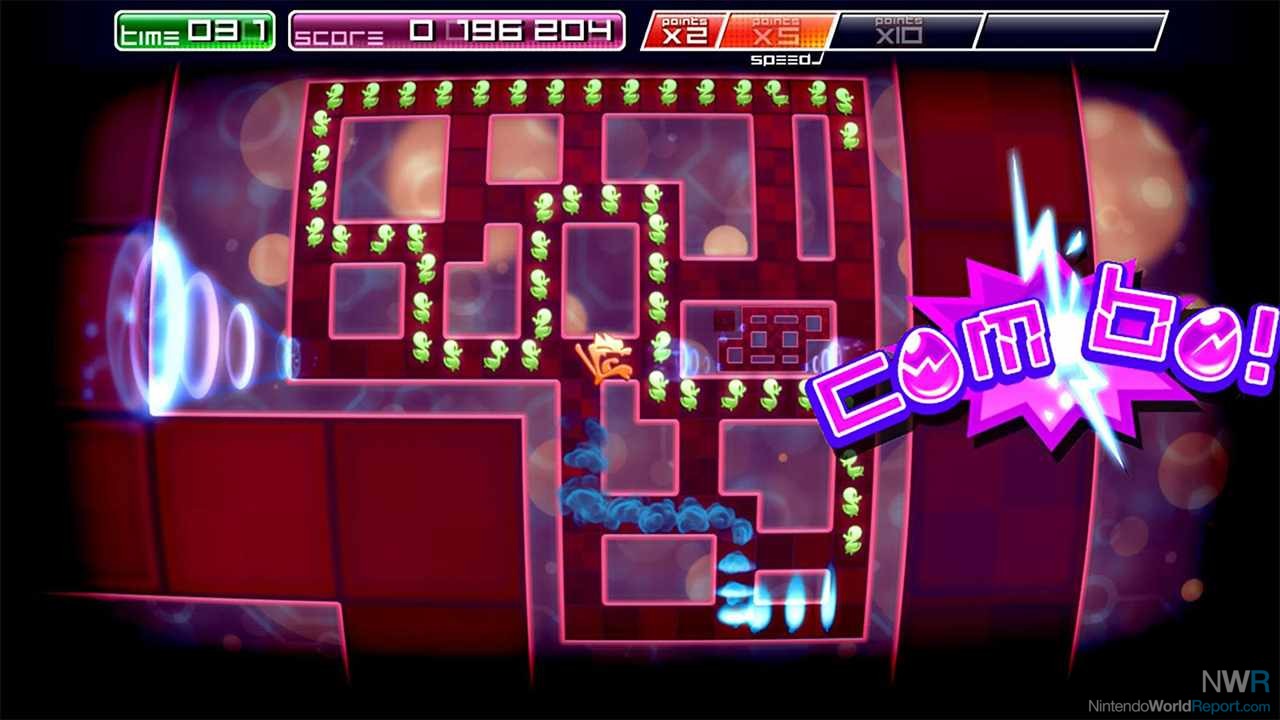 Alongside the main arcade mode are a couple of puzzle modes: Nostalgia and Laboratory. These are fun diversions but feel more like mobile games than anything else: single clear boards with goals to finish in a set number of steps or a set amount of time. A handful of players will probably become obsessed with these puzzles and try to complete all of them with the bonus for doing it quickly, but for me I mostly dabbled here and there when I tired of the frantic arcade mode.

An Arena mode for up to four players is the final mode in the game, featuring frenetic action where you try to bash into your opponents with the help of multiple different types of ammunition. You pick up the ammo in the form of eggs, just like in the arcade game, and use it to destroy or stun your enemies. I didn’t get a chance to play much of it, but what little I did play seemed like it might be really fun given the right group of players. 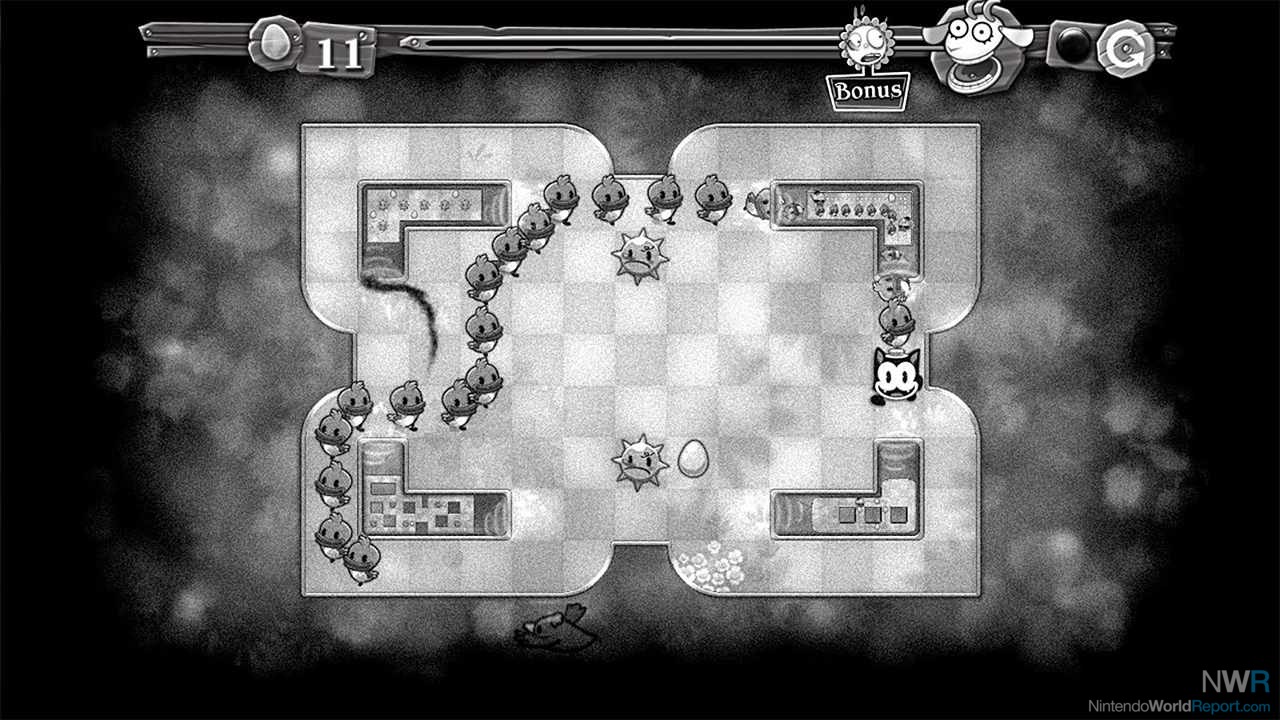 Pix the Cat really works on the Switch platform. It’s a quick pick-up-and-play game that will run you five minutes per attempt, which is perfect for a handheld. It looks great on the big screen too, but a word of warning: the game suffers from the Switch’s lack of a compelling D-Pad. You can play the early stages with an analog stick or the unreliable D-Pad on the Switch Pro Controller, but before long you will need to make lightning quick directional decisions that are slightly better with the Joy-Con’s directional buttons. It’s not a major problem, but it’s not great. If you’re okay with that one potential drawback, it’d be hard not to recommend Pix the Cat for anyone who loves a good high score chase.