A simple puzzle game lacking in both polish and content.

At first glance, physics-based puzzle game Perchang does little to catch the eye. It’s minimalist art style and basic polygonal shapes don’t scream that this is the next game of the year contender. But upon closer inspection, you’ll find a novel little experience that is over far too quickly. 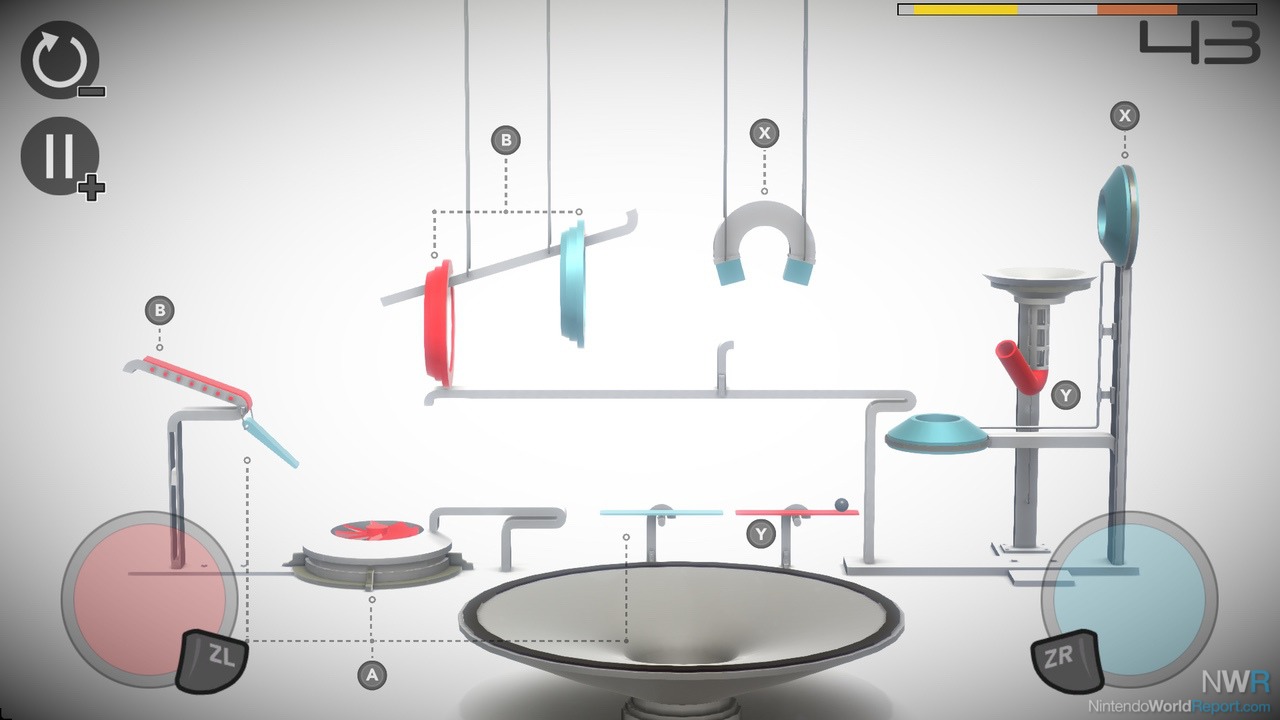 Perchang follows the same basic gameplay mechanic across its fifty main levels. Each one consists of getting a certain number of metal balls to the exit pipe before time runs out. The levels have certain aspects, however, that can be manipulated with the push of a button. These include platforms and bumpers that rise and fall, fans that push the ball upwards or downwards, and magnets that attract the ball. At all times, the player will have two different colors at their disposal, red and blue. The red gizmos can be activated by pressing either L or ZL while the blue gizmos can be activated by pressing either R or ZR. With the push of a button (or a simple tap in handheld mode), the color of the corresponding gizmo will shift from red to blue or vice versa. In one of the levels centered around a controllable fan, the player controls the speed of the fan to try to maneuver the balls past a moving a wall into the goal. Another level has the player try to make two balls collide with one another so that they’d both fall into the goal. These short levels were some of the best in the game, as it never felt overwhelming to control all the gizmos on screen at once.

At its core, Perchang’s simple game mechanics never change or over-complicate themselves, which is much appreciated. However, there are only so many times a puzzle concept can be repeated without hampering the overall experience. Take, for instance, the basic flippers. These are the first gizmo in the game and are used in nearly every stage, but they never change or get built upon besides being another step in the puzzle. This got very repetitive very quickly, leading to some levels feeling identical to previous ones, due to the same mechanics being recycled time and time again. It is also worth noting that I encountered multiple instances of glitches in the game, especially in the later levels. Balls would constantly fall through the floor in many levels or sometimes the game physics would just break all together and send the ball flying off into space. This led to multiple instances of restarts, which was frustrating given the simple nature of the game. 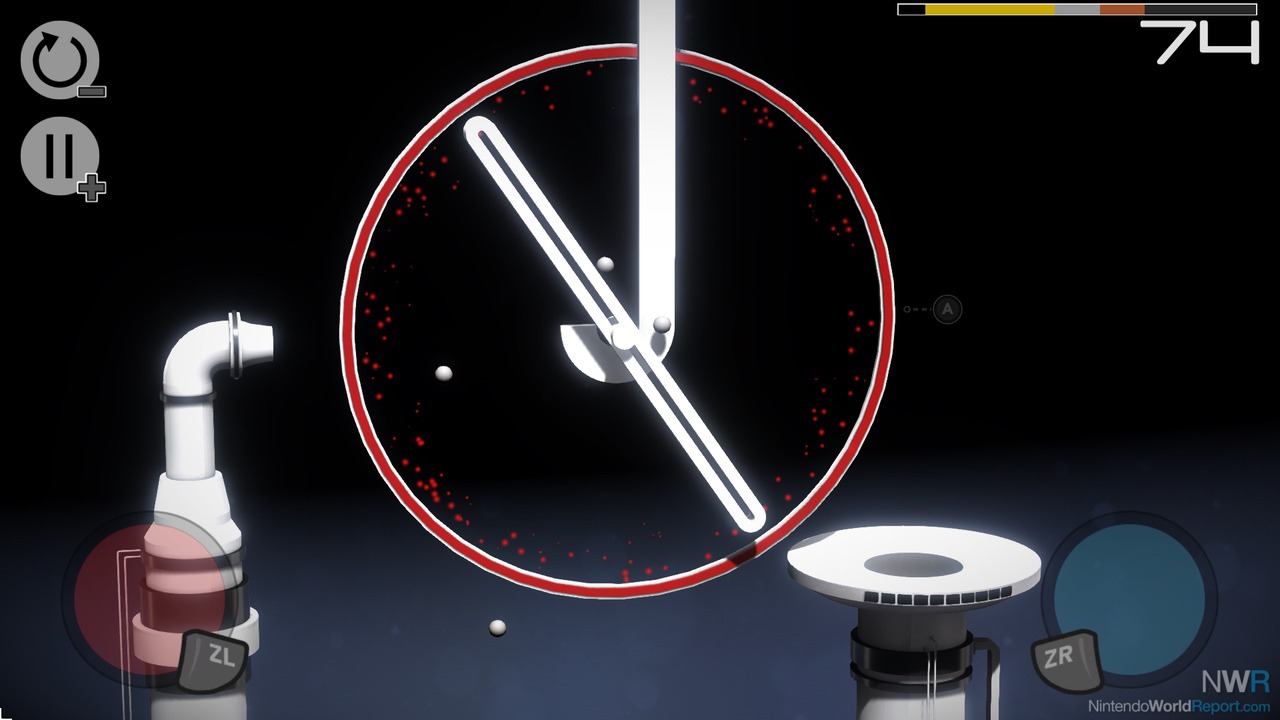 The biggest flaws come in terms of what Perchang has to offer, or rather the lack thereof. As previously mentioned, there are only fifty main levels in the game, with an extra set of Space Areas unlocked after clearing level 25. This, in itself, is not an inherently lacking number, except for the fact that nearly every level can be beaten in about a minute. In terms of replayability, Perchang offers little incentive to return other than each level having a gold, silver, and bronze rank depending on how quickly you finish them. However, as far as I can tell, this doesn’t seem to unlock anything. Another issue that becomes more glaring as the player progresses is the lack of a hint system. Levels are divided into sets of five known as Areas, with each Area proceeding in difficulty; however, some of the later levels in a single Area can be quite devious in terms of puzzle design. The lack of a hint option was frustrating, sometimes enough to compel me to check out a walkthrough on how to finally complete a level.

All in all, Perchang is a mild distraction that does little to be innovative or hold your attention for longer than a few hours at most. For the relatively minimal amount of content that the game provides, there are tons of other games that are much more worth your time. This combined with the lack of a hint system and abundance of glitches in the game’s physics engine leaves Perchang feeling like only part of a complete game. For a simple and short puzzle experience, Perchang may be enjoyable, but many of the eShop’s hundreds of other puzzle games are better options.