A whole generation of Angry Koopas in Cars is upon us.

Super Mario Maker gave me some of the best times on the Wii U. It was a rare example of Nintendo placing trust into the GamePad to make an experience soar. I had a blast looking down on the touchscreen, laying down patterns and creating something entertaining for others to play. Up to three months ago, I was still actively interacting with the software. Now that Super Mario Maker 2 is inching closer for players everywhere, I got access to a pre-launch version. The results are mostly positive, with some asterisks along the way.

While making and playing user levels is an important part of Super Mario Maker 2, Story Mode is the biggest addition. One of the main reasons why I liked the Nintendo 3DS version of the original were the courses made by Nintendo. Those Nintendo-created levels are now placed into a structured adventure. Mario is on a quest to rebuild Princess Peach's castle and he needs coins to do so. Completing courses leads to more coinage that can be used to build new parts of the castle Those construction projects take up a few courses to be made, thus creating a constant, involved gameplay loop. Every time you start a building project, harder stages open up until it all comes together in an adorable finale.

The courses are spread across the five different game styles, with new ideas given room to shine. The main purpose of Story Mode is showcasing what you can create and added building blocks this time around. That being said, I couldn't help but be impressed with the level design. While the early goings are simple, the levels constantly evolve and start to champion concepts. Take the level “Save Me, Snake Block!” for example. In this underwater stage, your only protection is moving around snake blocks to stay out of sight in enemies. Another level, “BUZZY: The Movie: The Book: The Ride,” sees you wearing a Buzzy Beetle Helmet while riding on Buzzy Beetle shells and grabbing said shells to nab yourself coins. Story Mode is an absolute hoot, made better by some incredibly funny writing. The level titles, descriptions, and characters you meet all ooze a weird charm about them.

Super Mario Maker 2's maker meat and potatoes has some new stuff under the hood as well. When it comes to making the side scrolling stages of your dreams, there are more tools now than ever before. The new thing in the game is slopes, which adds endless possibilities for more intriguing terrain. The ease of adding a steep slope and sliding down from it made for some incredibly fun experiments. Another big feature are the objectives. In the editor, you can force a player to stay grounded or collect a number of coins to complete a level. Objectives change the entire flow of a stage, letting you bestow more personality to your creations. I also went really in-depth with the ON and OFF switches. The fact that they impact blocks, tracks, and even conveyor belts opens a big can of worms. The sense of experimentation is present in Super Mario Maker 2. From exploring the weird nighttime additions to playing around with the scrolling, so much is packed into the editor. 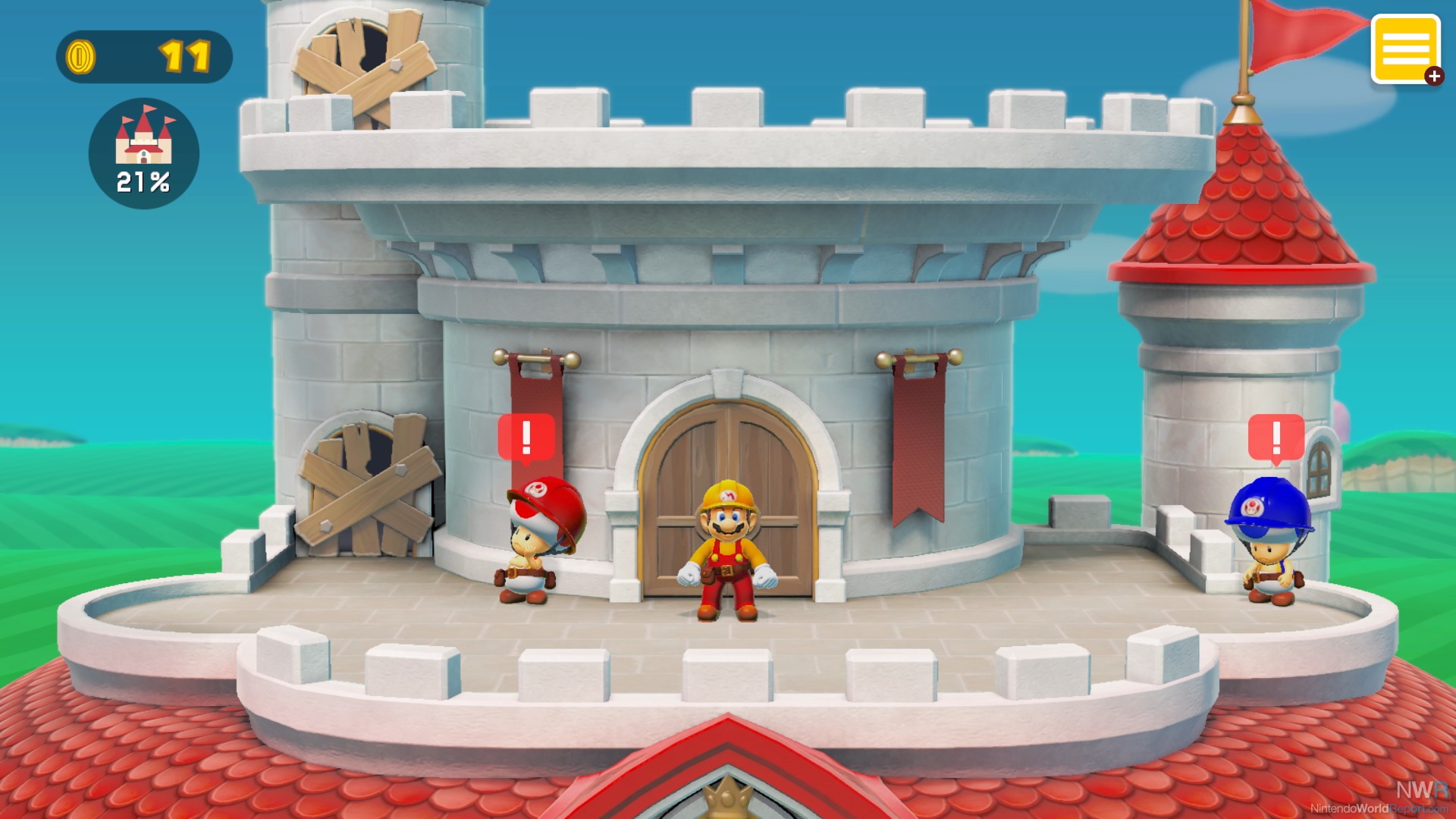 Outside of new functions, the Super Mario 3D World style is the biggest curveball to creating. The game style acts completely independent from everything else in Super Mario Maker 2 and for a very good reason: 3D World's selection of tools is impressive and clearly the most packed when compared to anything else. Spike Blocks, Clear Pipes, and the Koopa Troopa Car are only some of the elements that make the style tick. The Cat Suit makes for more stages with strategy as you can climb for a limited period, nose dive, and hang on for dear life. I combined it with the new vertical sub areas in the game, which made for acrobatic journeys to the top. It is very likely I will spend the most time in this style, together with all time favorite Super Mario Bros. 3.

I loved creating levels with the Wii U GamePad in the original, but that being said, I'm a teensy bit more conflicted in the sequel. When creating a test level and using the touchscreen in handheld mode, it didn't feel that I had solid overview of what I was doing. The creation process works with a capacitive stylus, but I had to use the television and a controller to see if I overlooked anything. I was okay using a Nintendo Switch Pro Controller, particularly when setting large sets of blocks down. That being said, the button layout takes some getting used to. The D-Pad switches between functions, while the stick is used for placement. It didn't feel as immediate as the touchscreen.

The other main thing missing in Super Mario Maker 2 are the strange touches in the editor. In the new game, you hold an object down and get an array of options right there. The custom death sounds, weird easter eggs, and the almighty Lanky Mario are gone for the sake of cleanliness. I totally get why they did this, but they removed the Mario Paint roots in ways that bummed me out. Some aspects, like the sound effects, are heavily improved so they make the levels themselves more cool. A bigger point is that they removed the jank from the editor. The Wii U version allowed for some tricks and oddities that made for constant surprises. Even throughout updates, Nintendo didn't remove too much and left cool usages of them in tact. Sadly, though, you can no longer stack Warp Pipes to make them travel to different routes entirely. 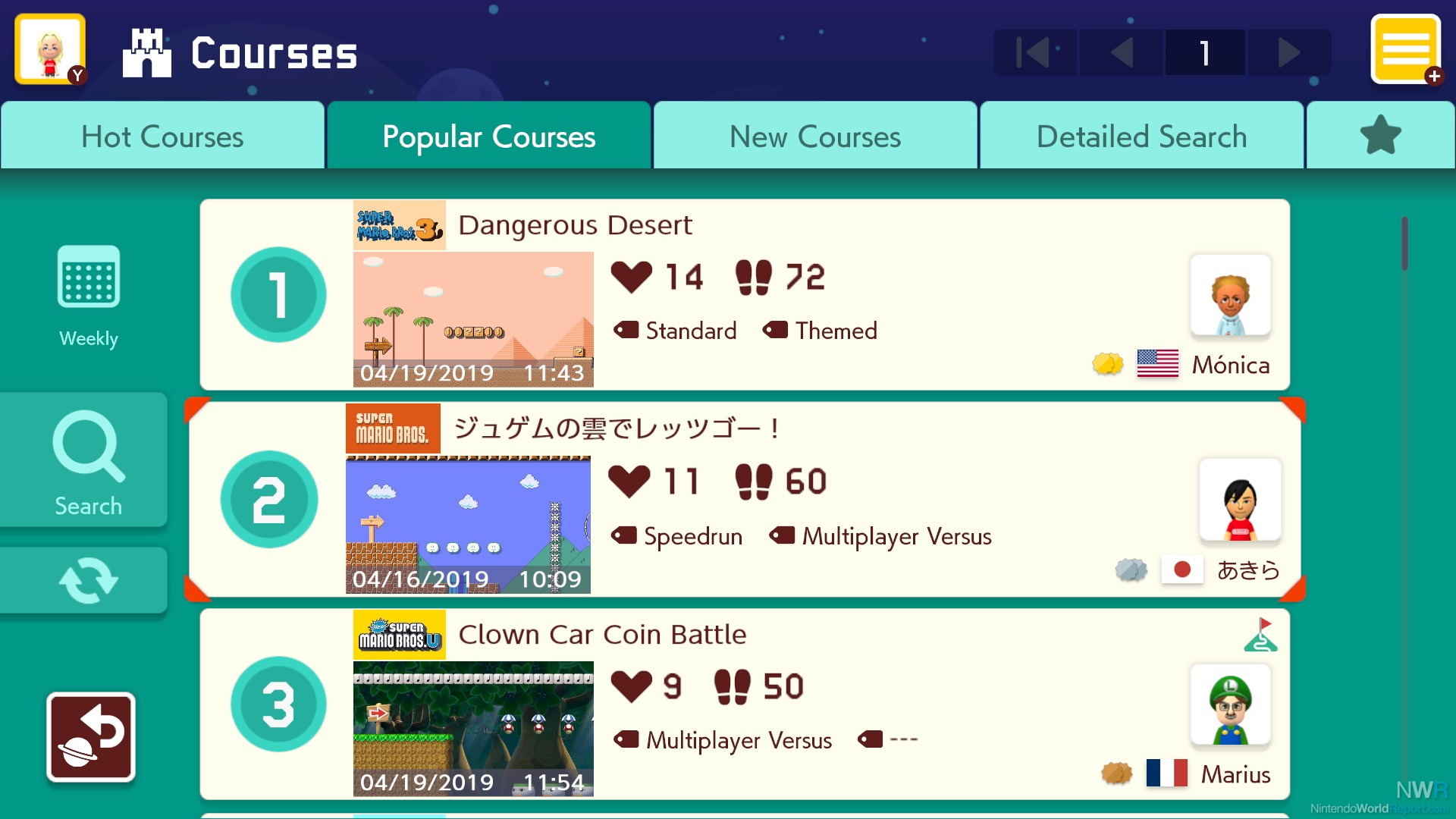 Course World is the place where the levels of creators live and it got quite a boost from the original game. Once you upload a level, Super Mario Maker 2 asks you to be rather descriptive. In addition to giving your masterpiece a name, the player will have to choose two tags and give it some flavor text. What I think is so great about Mario Maker 2's Course World is its flexibility. As players discover levels and play them, they can leave comments to steer the creator in a certain direction. You can leave stamps, text, and drawings without the need of a special community or service. If you like a level, it is way easier to share them. Players can hop to somebody's Maker profile and see which courses they enjoyed enough to give a heart to. Creators can share simple nine character codes that are nicer to scribble down. Even if you don't know what to play next, Course World's got you covered. Next to the tabs with information, there are updated search functions that make it easier to find what you're in the mood for. You can choose by tags, game style, difficulty, and even region.

Replacing the 100 Mario Challenge in Course World in Maker 2 is Endless Challenge. The player selects a difficulty and gets courses to complete until all lives are lost. Endless Challenge is tied to the Online Leaderboards to showcase the highest non-stop runs in Super Mario Maker 2. That being said, I do really miss the pressure of the 100 Mario Challenge. As someone who is less skilled, having 100 lives to push through six brutal Super Expert courses was thrilling, and I really didn't get the same feeling here. The leaderboards not only give you the highest ranked Endless Challenge go-getters, but also allows to you look at high-scoring creators and players.

Last but certainly not least is Network Play. Until an update later this year, you will play against random players online in Super Mario Maker 2. In Multiplayer Versus, you fight your way until one person hits the goal. The players can hop on each other, block paths, and claim power-ups all for themselves. It is truly a battle for the fittest with one person claiming points to rise up the ranks. The other three players, sadly, will have to bite the dust and get nothing for their efforts. While I did wish that maybe the second player would benefit too, it is quite fun. There wasn't a way to adjust to people's skill levels, ensuring that less skilled players will lag behind. You couldn’t choose the levels either, not even in a Mario Kart-esque set-up. That being said, Multiplayer Co-op is also available, which is where everyone benefits and works together for the greater good. With a simple messaging system, players can give clues or hints to each other and steadily get the job done. The weird thing is that I couldn’t connect to pre-release American versions of the game, which concerns me just a bit that this might be region-locked. 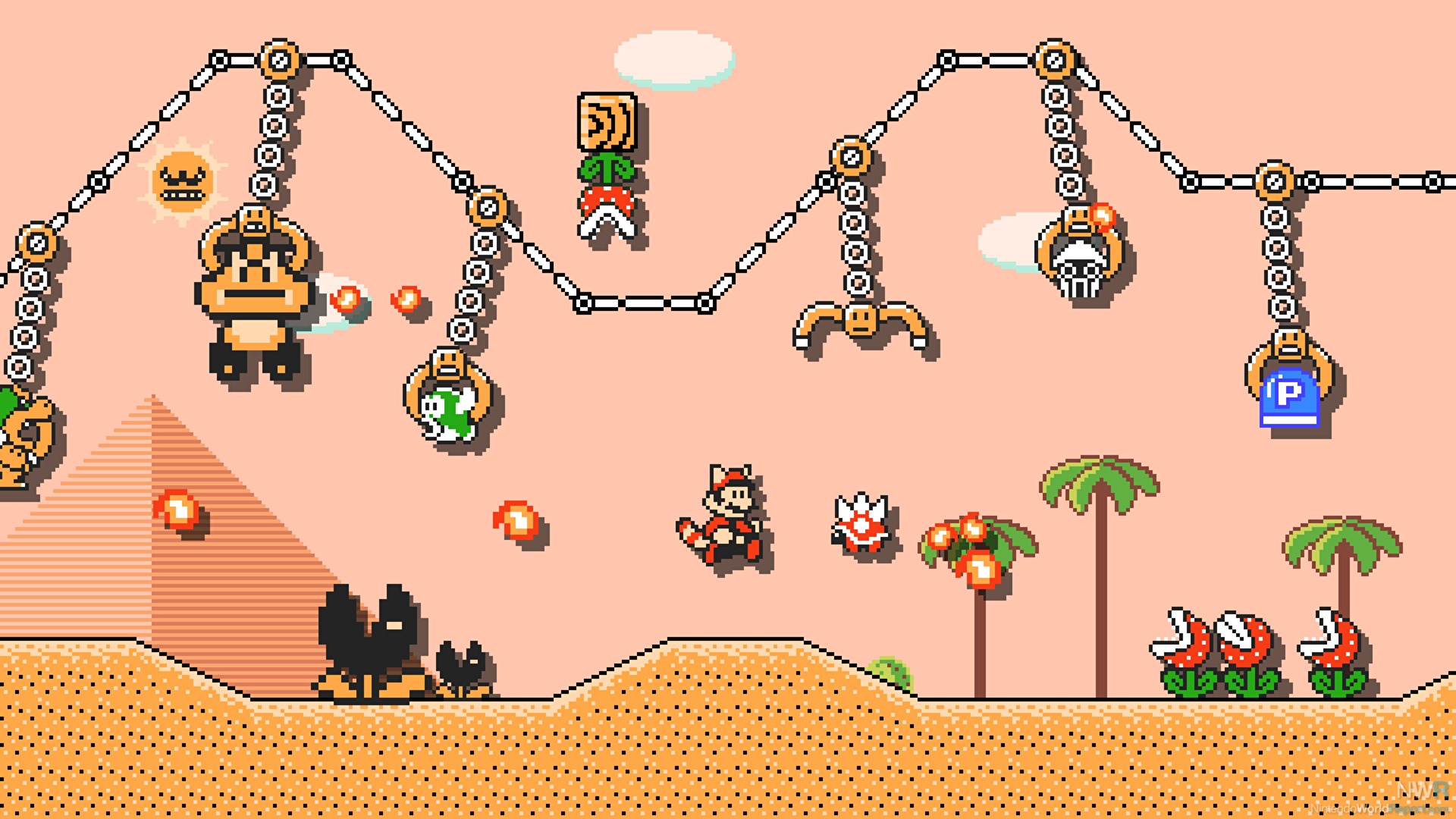 Super Mario Maker 2 is a sweet follow-up to my one of my favorite Wii U games. While some of the weird quirks are removed entirely, there is a lot to love here. The added functions in the editor make cleaner levels possible and ensure that players find unique twists to include every time. The Super Mario 3D World style and objectives in particular are game changers that completely change how levels are made. Course World has seen some massive overhauls and most are welcome additions to the overall package. Super Mario Maker 2's newfound strength is hidden within the details, and that is what I really like about it. In its wake, it lost some of its Mario Paint roots, but Story Mode brings enough fun to overcome that sadness. Players and creators, rejoice.