They can't all be winners.

Your goal is to survive eight levels which are made up of four stages apiece. As one of the three available characters (which translate into Easy, Normal, and Hard difficulties), you run through a stage collecting fruit and avoiding enemies and hazards. One hit from an enemy or hazard will send you back to the last checkpoint. 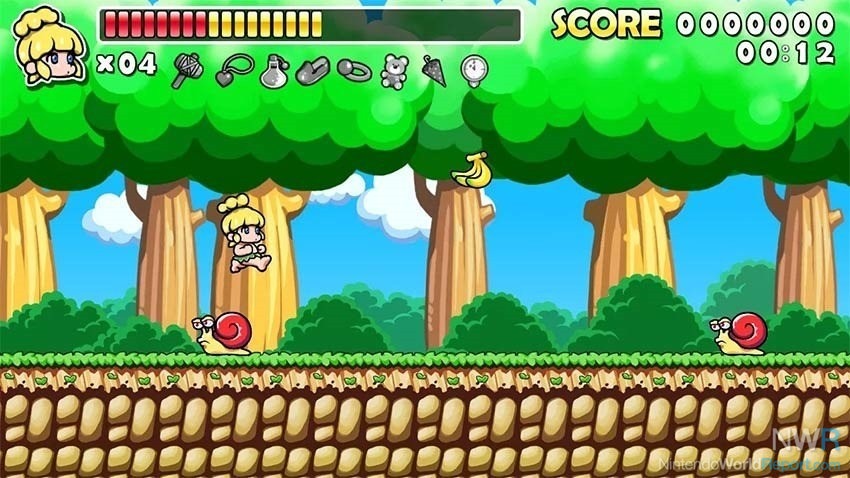 There’s an endless runner kind of feeling to Wonder Boy. Forward momentum is a big driver of the platforming, as pressing left or right while jumping allows you to jump higher and farther. The gameplay comes down to throwing axes continuously to take out enemies and running/jumping your way through hazards and platforming challenges to the end of each stage. You can hold down the attack button briefly to charge a “giant” axe that will fly right through several enemies, which helps but isn’t totally necessary. At the end of every fourth stage, you’ll encounter an extremely easy boss. It’s largely the same boss fight every time, but the boss has a different oversized head in each level, so enjoy that.

Continuously eating fruit (which isn’t hard) keeps your energy meter full. Various power-ups include axes, boomerangs, a skateboard, a poison mushroom, and temporary invincibility. On Easy Mode, you control Princess Tina on her scooter. She’s invincible and the only way to die is to fall in a pit. This is a good mode for getting the general lay of the land. Normal Mode is where you’ll probably wind up, controlling TomTom (Master Higgins to some of us). If you really want to frustrate yourself Hard Mode features a different character—some kind of demon guy—and you only have ten lives. Good luck! 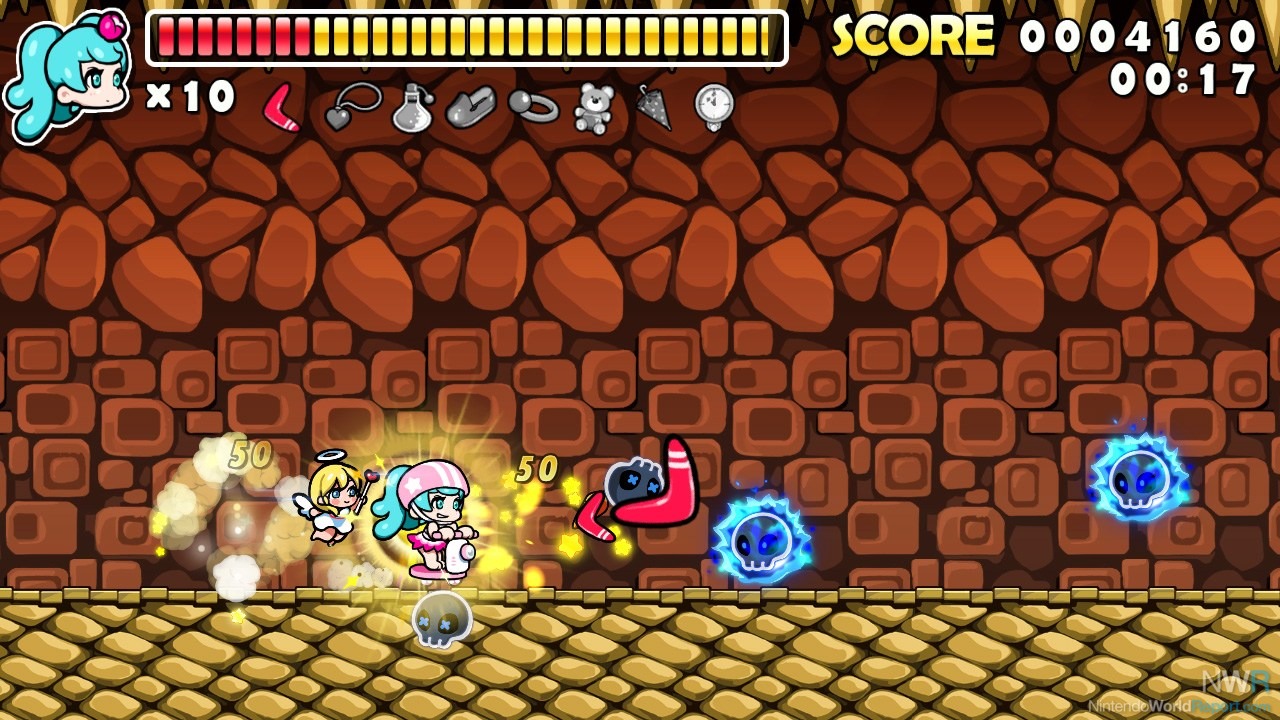 If you feel the need to revisit Wonder Boy or Adventure Island, which were ported to pretty much everything available in the late 80’s, you might give Wonder Boy Returns Remix a shot. For the rest of us, though, there are two much better Wonder Boy games on the Switch that you’ll probably enjoy a whole lot more.