A cat in a mech suit stars in a game that clearly loves Metroid.

In a way, Gato Roboto can just be called Meowtroid and we can call it a day. This loving tribute to Nintendo’s venerable series from Devolver Digital and doinksoft wears its Metroid inspiration on its sleeve. It begins with a crash landing, but instead of Samus Aran emerging from the ship, it’s a cat. The charm and intrigue of that conceit fuels the short adventure as you leap in and out of a mech suit and navigate an alien planet. 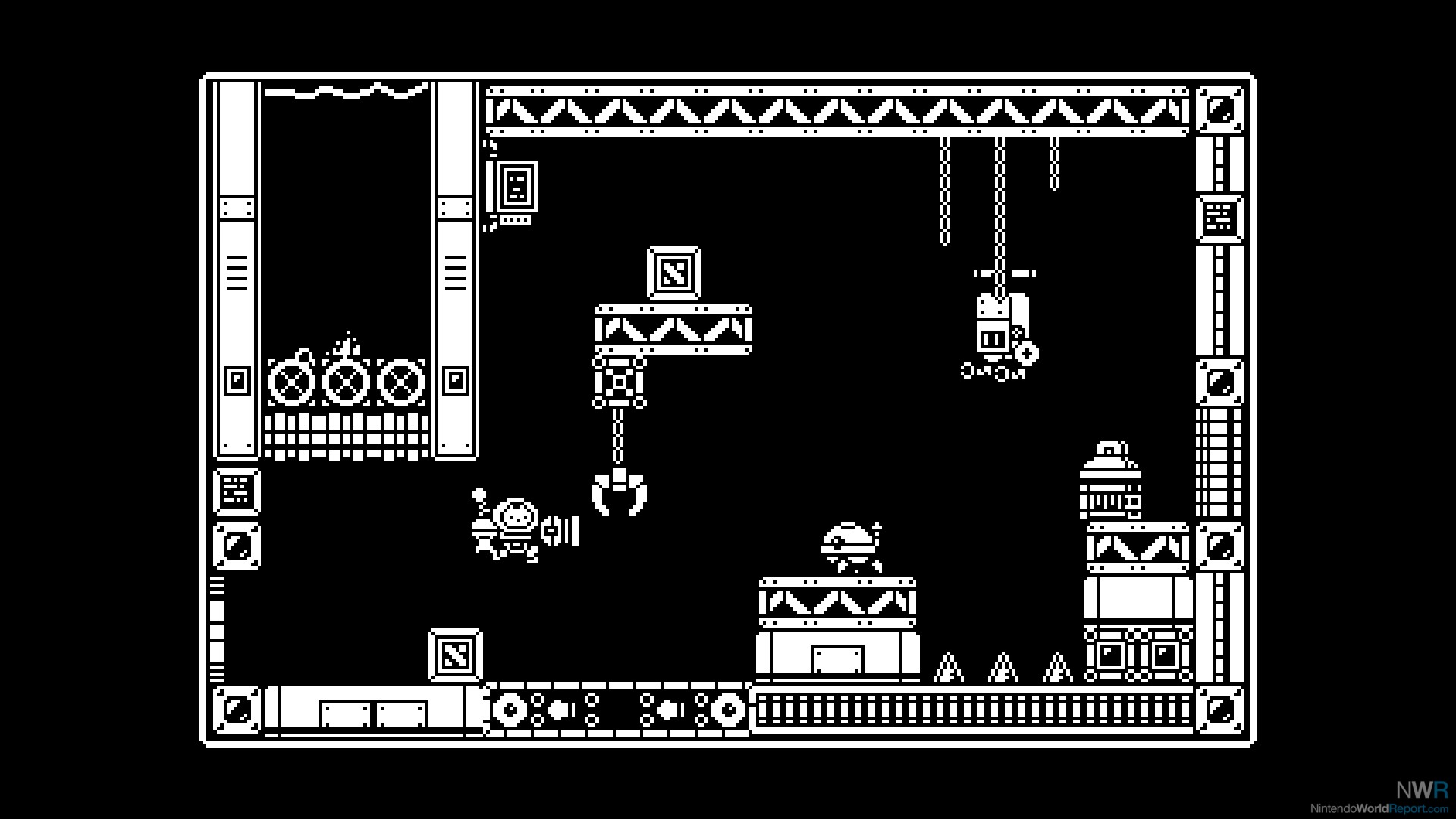 The cat in a mech suit idea is adorable even if the mech gameplay is just more or less low-fi Metroid in style. Your feline robot suit has a gun that can alternately fire missiles. You eventually find a power-up that resembles the Screw Attack. A lot of the enemies even have familiar movements and attack patterns. None of the power-ups are dazzlingly distinct, but they often have clever alternate uses. For example, the missiles have a kickback that can help you reach higher platforms. Gato Roboto does capture the slow build of power that Metroid games often excel at. At the start, my mechcat is weak, but by the end, enemies disintegrated in front of the furry power.

All of this is accented by monochromatic graphics, which make for a novel presentation. Alternate palette types can be found in the world so you can give the whole thing a different colored tint. I appreciate the Virtual Boy look. The soundtrack evokes Metroid’s style while not being distracting. It’s enjoyably atmospheric, helping to ramp up the straightforward but surprisingly enjoyable story. 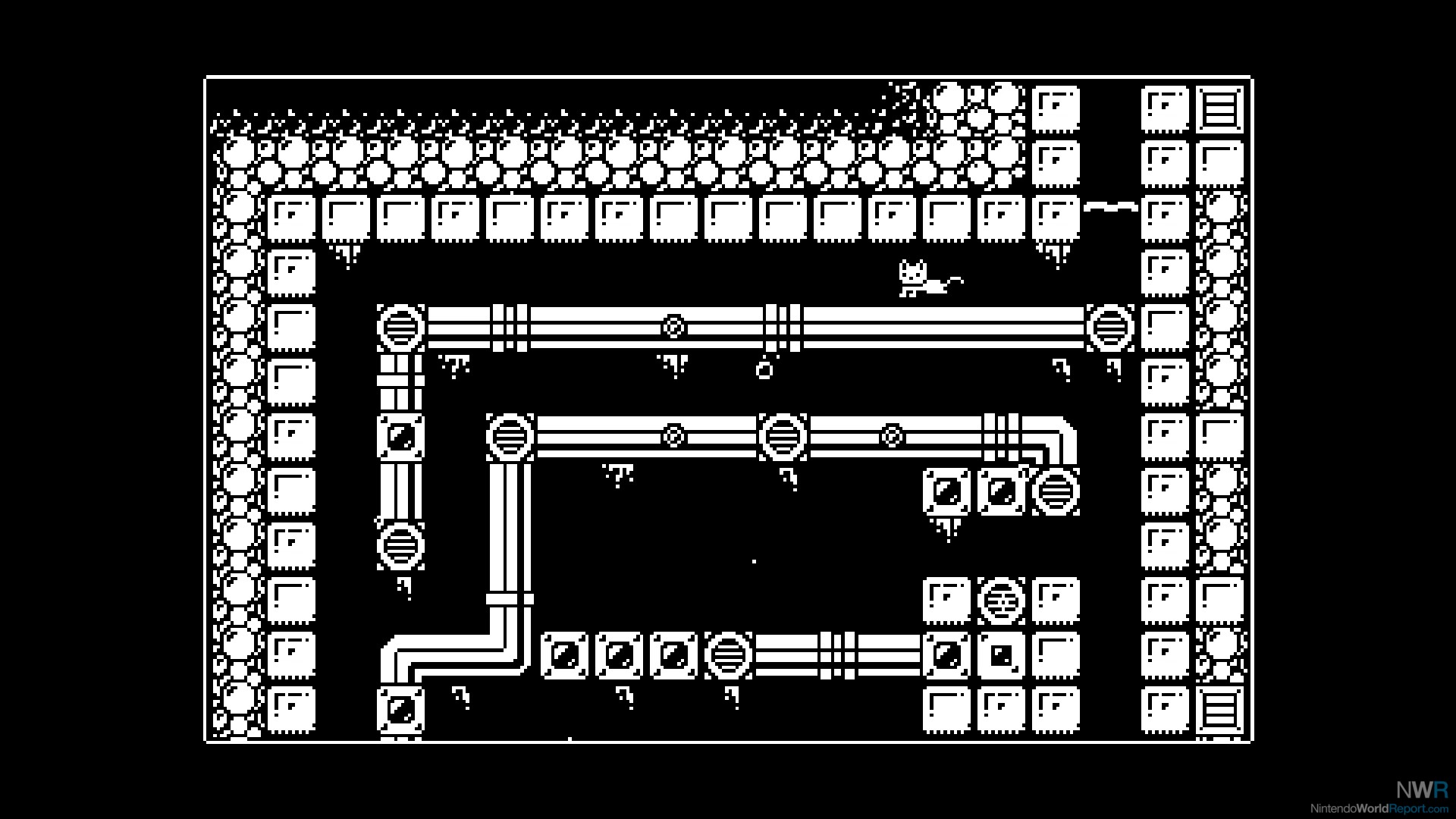 For some puzzles and segments, you leave the mech suit and explore as a powerless wall-climbing kitty. While the one-hit kill of the lonesome cat can be frustrating, these moments are tense and challenging, all made even better by the cute animations. I wish there was honestly more of these moments.

That circles back to Gato Roboto’s glaring reality: it’s a scant few hours long. It’s hard to develop ideas fully when my initial playthrough ended at the three-hour mark with 78% completion. Sure, going back to clean up and go for 100% added a little bit more, but unless you really take your time, you’ll do essentially everything in this game in under five hours. I’m generally in favor of games not outstaying their welcome, and it’s a testament to the quality design that I was disappointed it ended so soon.

Gato Roboto might lean a little too heavily on homage, but never truly in a bad way. It might be more goofy than great and more adorable than original, but the game still delivers a pint-sized prance that comes together nicely even if it’s a little short. This follows through on the premise of Meowtroid extremely well.