The best version of possibly the best Final Fantasy game ever made.

As the current run of mainline Final Fantasy ports on Switch comes to an end, Square Enix has received its fair share of criticism in regards to how much care they’ve put into re-issuing their intellectual property. Almost every port has some issue to deal with, whether it’s the music bug that plagues Final Fantasy IX, or the lack of an option to increase the speed in Final Fantasy X. Luckily, Switch owners have no reason to complain about the port of Final Fantasy XII. Everything that made the original such a runaway hit are still present, and every quality-of-life improvement from previous versions, as well as a major new addition only available on Switch and Xbox One, is available. In short, Final Fantasy XII on Switch is currently the absolute best version of what many will argue is the best title in the Final Fantasy franchise. 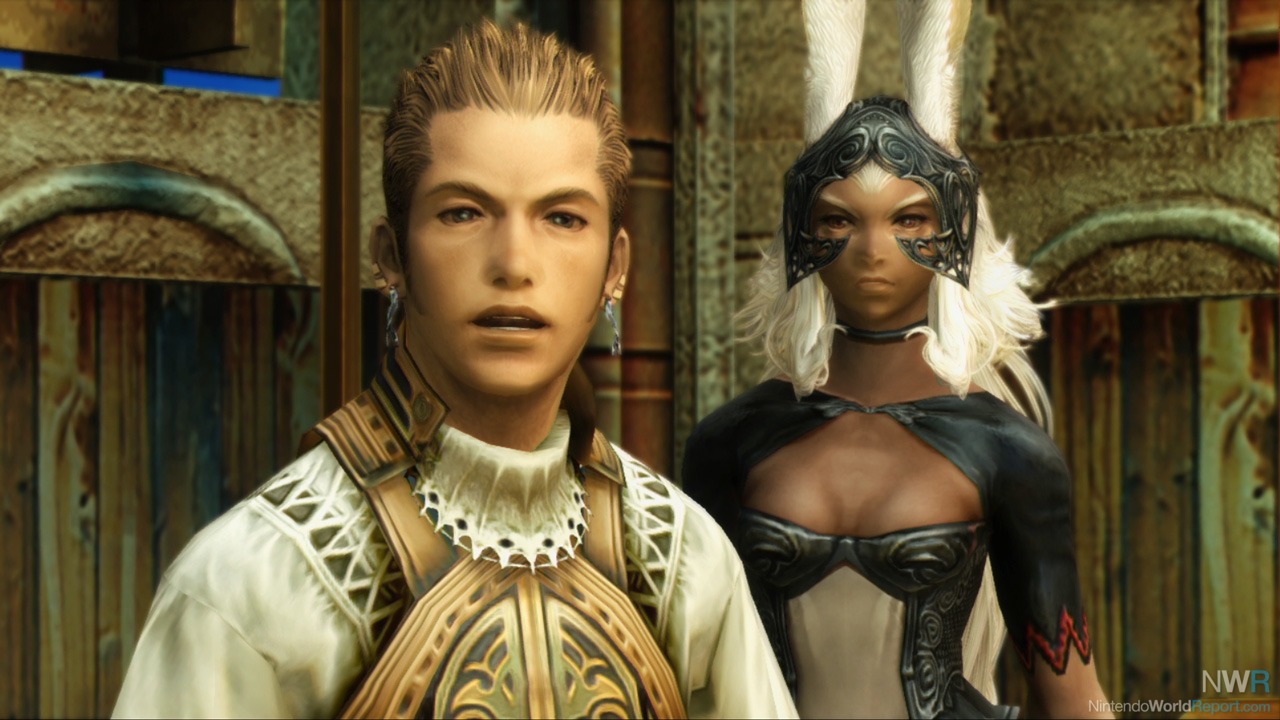 Each of the mainline Final Fantasy titles is a unique story but for the most part they follow a common plot line in all of them where a group of heroes band together to defeat an evil threatening all life. Final Fantasy XII breaks this mold with a tale that is much more grounded than its predecessors. Instead of a single entity threatening destruction, XII begins in Ivalice, a world with two large nations at war and smaller countries in between becoming collateral damage in the crossfire. The group of heroes that join forces to make up your party do so out of a quest for peace between nations, and not for the traditional goal of stopping a villain taking complete control of humanity.

This group of heroes may lack a leading figure that stands out, but arguably they are the strongest overall cast of characters in any Final Fantasy. The group is perfectly balanced: three men and three women, characters naive to the world versus those older and well-lived, those with personal goals and others looking to act for the greater good. As much as I absolutely adore the Han Solo inspired Sky-Pirate, Balthier, I equally love the young girl with a heart of gold, Penelo. Not long into the adventure, all six of the main characters permanently remain in the party and any three can join your active party in any combination, with the remaining three available to be swapped in and out on the fly. The choice of whom to use will ultimately be decided by your preferred method of play: do you prefer to stick to a select few to level up more quickly, or do you spread out the experience for more balanced growth? Thankfully, there is no wrong answer; it all comes down to choice.

Choice is a common theme throughout the Switch port of Final Fantasy XII. In previous versions, when the job classes of each individual character were chosen, that was how it was going to be until the end. On Switch, at any point if you decide that you prefer a different set of combinations, simply visit an NPC that can reset the classes, and you can mix and match to your heart's content. It’s a wonderful and needed addition that prevents a single decision from derailing your enjoyment of the next 50+ hours of gameplay. 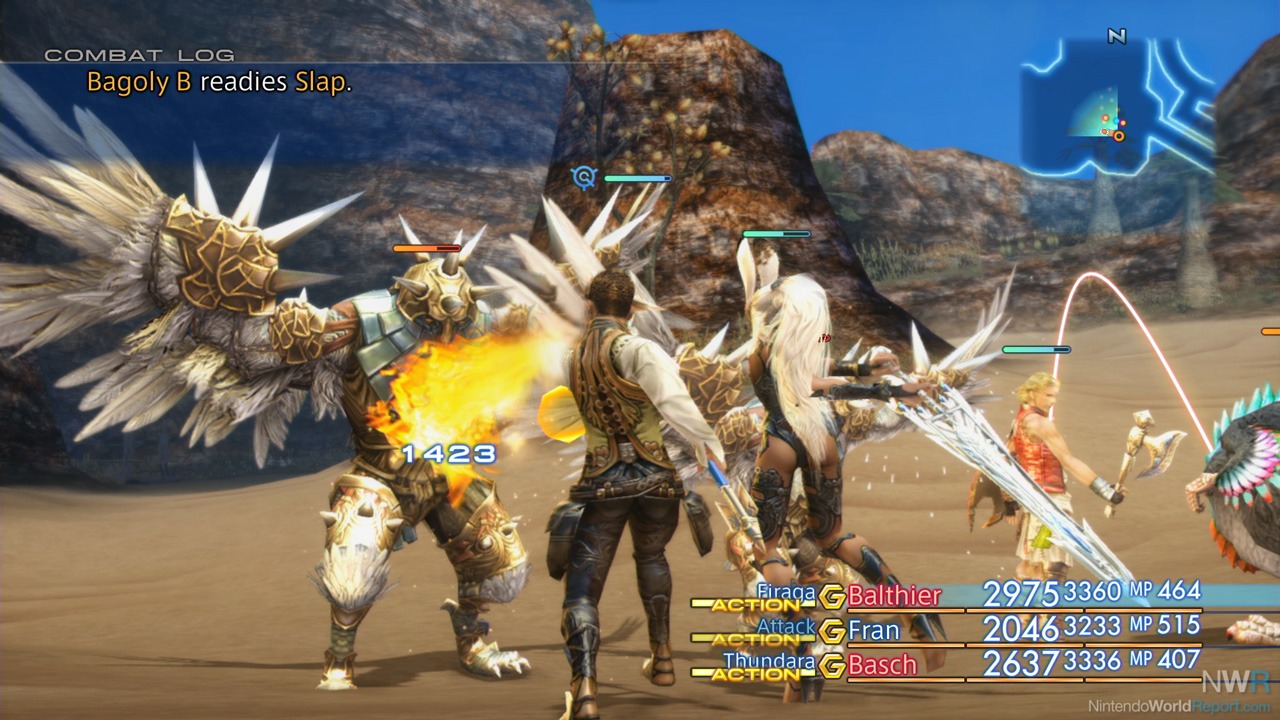 In the debate between open world and linear Final Fantasy, my personal preference is to have the freedom to explore, but fans from both camps will find something to like in Ivalice. Stronger enemies may prevent you from exploring certain areas early on, but for the most part you can explore the vast and interesting environments of Ivalice at your leisure. If hunting for rewards or talking to the many NPCs just isn’t your thing, you’ll have no impediments on your direct path through the story. Leveling up characters is much more natural when you take the time to explore, but at no point do you feel punished by a severe difficulty spike when sticking to the plot.

Ivalice is incredibly vast. The overworld has numerous locations ranging from the Steampunk cities of Rabanastre and Arcadia to the open fields and villages in between. This is in stark contrast to the many dungeons that need to be explored for the main story that are made up of claustrophobic corridors. Travelling throughout Ivalice is made quick and easy by utilizing an on-the-fly time accelerator and teleport stones but the one glaring omission that comes off dated is the requirement of using save crystals. The save crystals are plentiful and usually easy to find but can still be frustrating if you’re trying to play in short bursts.

Based on the visuals and the absolutely incredible full-motion videos, it’s hard to believe that Final Fantasy XII is now 13 years old. The graphical updates bring it closer to a modern feel, though a degradation in handheld mode is noticeable. It’s nothing that I would consider game breaking, but the colors were much more bright and beautiful playing on my television. The choice to include a black bar at the bottom of videos hasn’t aged all that well even if it allows for easier reading of subtitles. The orchestrated music from Hitoshi Sakimoto is absolutely stunning throughout and is a terrific complement to the grand world of Ivalice, but it falls just short of the watermark left by Nobuo Uematsu when he departed Square in 2004. Following up the work of a legend is a tall task for anyone, but Sakimoto’s work is still worth listening to on its own.

The Spring of 2019 has been a wonderful stroll down memory lane of Square Enix glory, and Final Fantasy XII is the high note it ends on. Featuring every quality-of-life improvement to date, and the ability to play in handheld or on a television at a moment’s notice, it’s an easy decision to call the Switch version the definitive experience. Final Fantasy XII may end up being the best of the franchise on Switch, but with so many titles still available, hopefully it won’t be the last.