Not as Extreme as the X Implies.

European Conqueror X has instant appeal for those with fondness for board games like Risk, tactical strategy, or media based on real-life events. As the follow-up to 2018’s World Conqueror X, this entry hones its focus on the historical era of 18th and 19th century European warfare. The top-down view, maps with clearly outlined borders, and on-field units of cavalry, musket men, and artillery evoke memories of sitting in a friend’s basement staying out past curfew with an hours-long session of competing for world dominance. 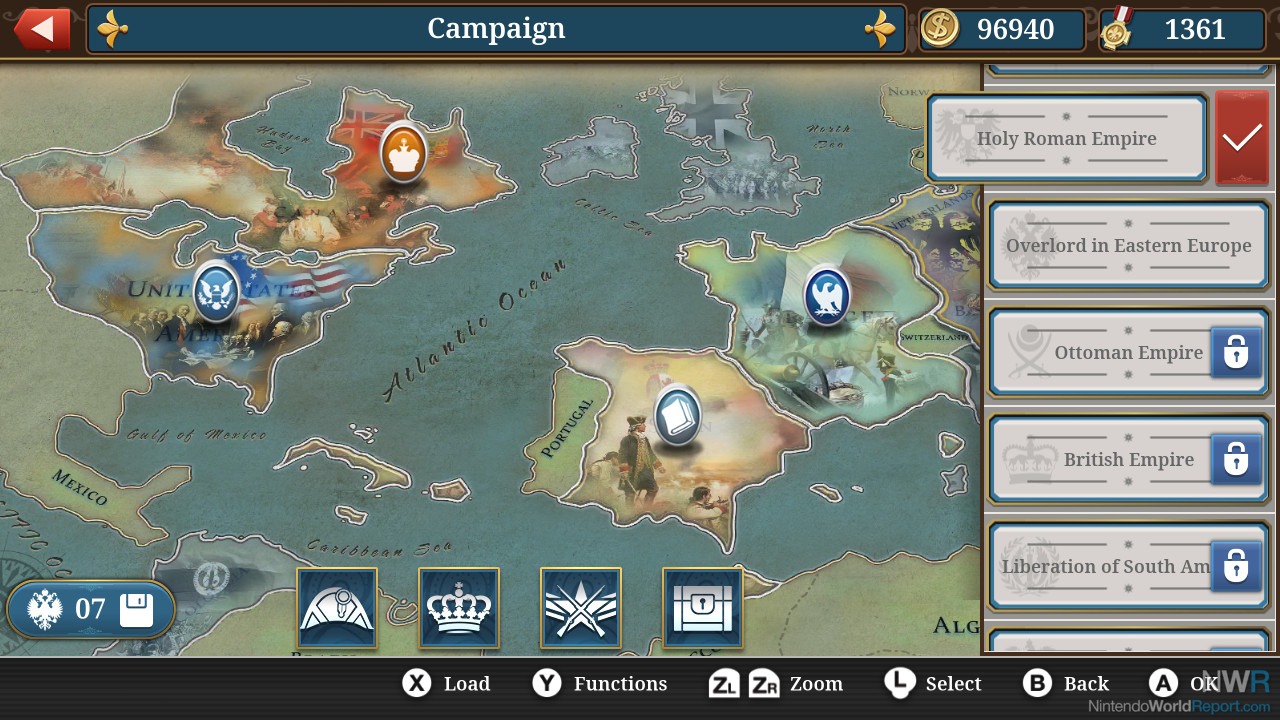 In practice, it shares more with scaled down slices of the Civilization series. The introduction pushes you through a sequence of tutorials, going step-by-step on how turns work, moving and attacking, and how to enact town upgrades. While it helps teach the very basics of mechanics, it felt inadequate in describing what upgrading towns does (it increases the attributes of units on the field or reduces their cost. Also lacking was a description of currencies that allow upgrades or grant the ability to enlist new units, provided you have enough space in your man-on-the-field cap.

The campaign is structured as a series of maps pitting your army against another. Battles are turn-based: each unit gets one movement on the map via octagonal grid spaces and the opportunity to attack opposing units each turn, provided they’re in range. Units have strengths and weaknesses against others depending on their type, bringing a rock-paper-scissors approach to fights that is familiar to those with experience in the genre. It is a perfectly enjoyable play structure, if maybe a little too by-the-numbers. 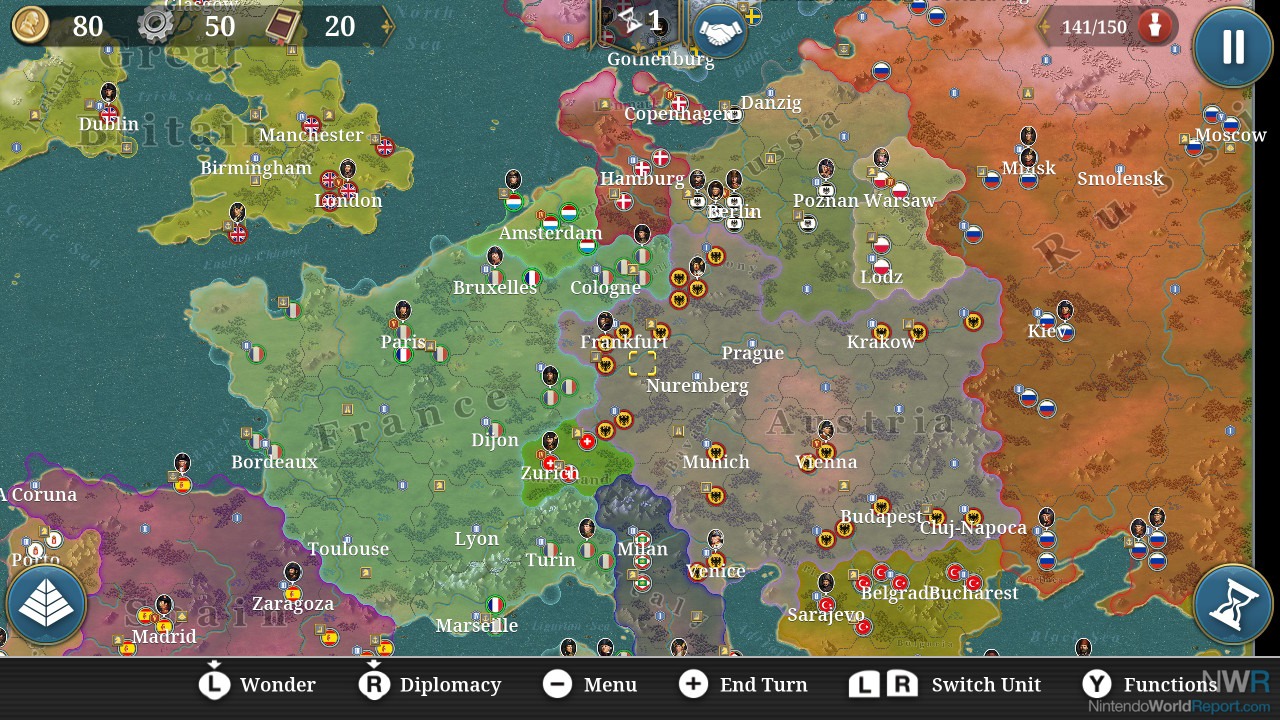 Beyond the Campaign are additional modes: Conquest and Special Challenges. Conquest has you choose a time period and start a match with the goal of conquering the entire continent. Special Challenges are unique scenario missions that are meant to test your ability to utilize the systems at play. Conquest provides a nice option to play a longform session, while Special Challenges does a better job than the campaign of really testing your mettle. There is a robust offering of levels in this package.

While the game is not lacking for content, everything else about European Conqueror X feels a little too buttoned-up, a little too impersonal, like reading from a dry history book. The campaign dialogue is formal and direct in communicating mid-match but lacks in personality. The audio is similarly adequate if nondescript; reveille style music and generic clashing of armies sounds play throughout. The campaign especially feels like a missed opportunity to provide distinction. There aren’t any interstitial story segments tying levels together, which makes sense with the overall scope of the campaign, but it feels like a missed opportunity to not have a narrative tie together the individual theaters of war. It creates a dissonance where you’re engaged in what is by its own nature a dramatic event but has no personally-affecting drama.

If I have a grievance with European Conqueror X, it’s that there’s an enjoyable, robust, and competent turn-based strategy game at its core surrounded by nothing distinguishing. It satisfies that itch for its genre, but its dry presentation and impersonal nature might keep you from wanting to play for more than short intervals.