Hell is Other Demons (Switch) Review

A recent patch fixes the framerate issues, making this one hell of a good game.

Roguelikes almost always rely heavily on repetition, aiming to better your score or make more progress with each subsequent attempt. It’s not very often that you also see one boasting an engaging story campaign with well-thought-out level design, but with Hell is Other Demons, I was pleasantly surprised to find just that. There were framerate issues that cropped up and caused some truly infuriating moments, but a post launch patch was recently released that has cleared up such problems, making it much easier to enjoy all the platforming and bullet hell action. 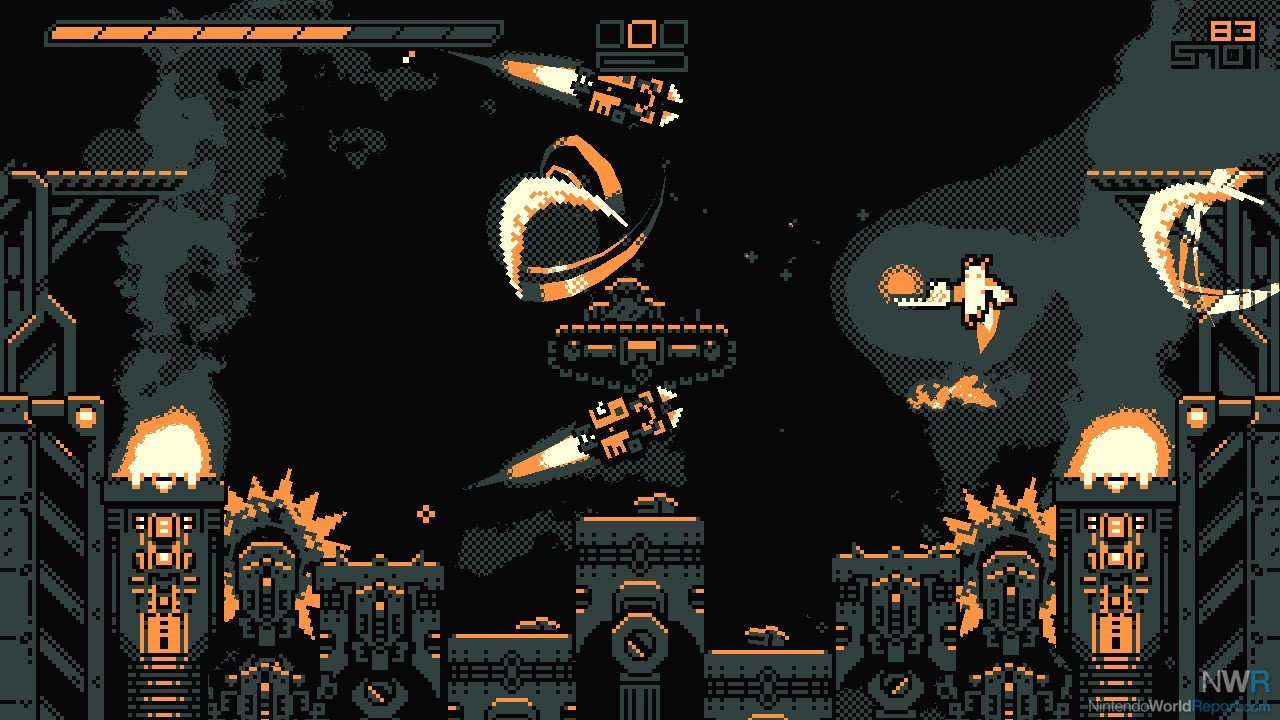 First things first, the movement in Hell is Other Demons is extremely versatile and helps to distinguish it from its counterparts. Equipped with a double jump, dash, and glide, it seems rather straightforward. However, you'll quickly realize these three abilities go a long way as jumps reset when bouncing on enemy heads and the dash has a rather short cooldown. Coupled with the slow glide, you can easily stay in flight for long periods of time to wreak havoc on the oncoming waves of enemies. Since bullets only shoot to the left or right, managing your elevation is critical for dealing with enemies. Initially, there is a challenge to fully grasp everything involved while the onslaught is headed your way, but after a brief learning curve, it feels especially satisfying to overcome that challenge. After you’ve mastered the basics, there are also guns that cause kickback with each shot, adding another element of movement that can either hinder you or if used properly actually help in different situations. 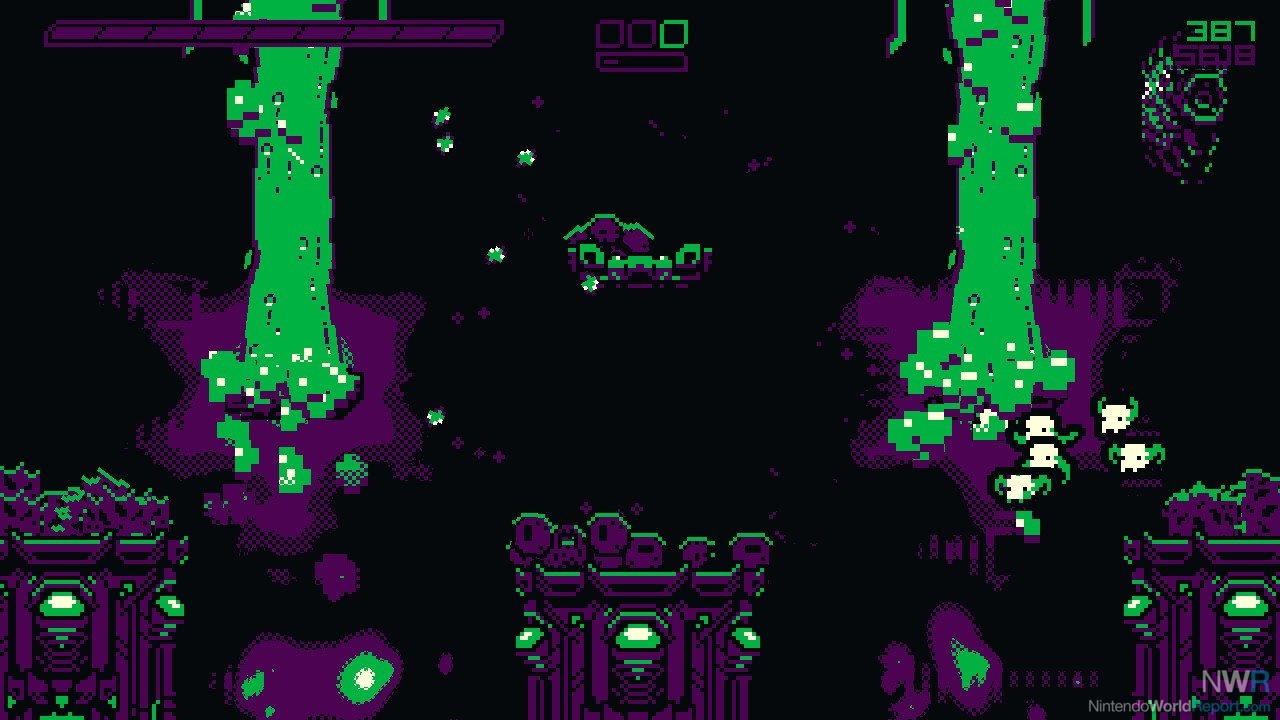 After completing a short tutorial and starting area, the campaign opens up, allowing you to navigate through a total of five different sectors, each with their own color scheme and theme. While the visuals feature a great use of black, each area has its own complementary color which not only makes it distinct, but it just looks awesome. Levels are represented as squares on a grid and finishing one unlocks the next or at times the next two, giving you options for progression. Each level tasks you with clearing a series of enemy waves that get progressively more difficult. Defeating enemies also yields gems which can be collected and then spent on upgrades to your weapons, ultimate moves, or buffs that can change how you play, such as a triple jump or taking no explosive damage when low on health. Revisiting previous levels to earn more gems can feel grindy at times, but endless mode stages help to alleviate that feeling. Before each stage, you’ll be able to configure a loadout from the upgrades purchased and I found myself changing up quite often depending on the obstacles presented. Level design is both challenging and enjoyable, pitting you against different platforming obstacles such as spikes, saws, rising tides, and even an absence of platforms all together, all while hordes of enemies are closing in. Knowing when to mix and match abilities plays a pivotal role in your success and that is never more apparent than when facing off against the impressive bosses that are waiting at the end of each sector. 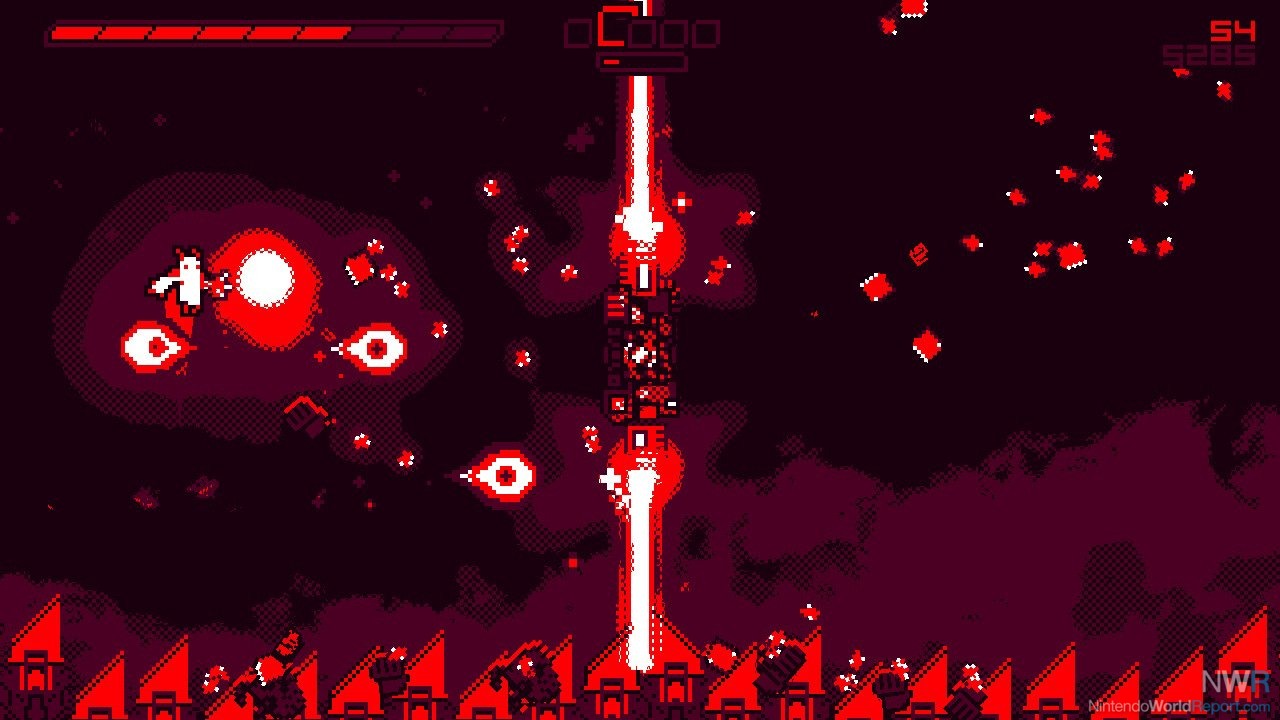 Arcade mode plays very much like a standard roguelike, progressing from screen to screen trying to accumulate as many points as possible. Killing enemies will once again drop gems, and when enough are collected you are rewarded with the pick of an upgrade from a random selection of three. These weren’t originally limited to just buffs, but also included weapons which I found to be a bit disappointing. I say that because killing enemies already has the chance to drop weapons, and I always felt more inclined to select something I couldn’t get out on the battlefield. However this was also addressed in the recently released patch, making it so post level powerups were strictly buffs. As you play through this mode, you will continue to unlock new demons which have different starting loadouts. It’s fun to see how you stack up against friends or the world with online leaderboards. Arcade runs end up being relatively short, even when putting up a good score and to be honest, I felt this worked to its advantage. The brevity of this mode is perfectly suited to pick up and play action while on the go and makes it possible to achieve a great score without a huge time commitment.

There’s no shortage of arcade shooters on the digital shelves of the eShop and because of that, it can be difficult to stand out among the masses. That said, Hell is Other Demons separates itself not only with stunning visuals, but with its wonderfully designed campaign mode. I prefer how upgrades work within the campaign more than the arcade mode, but the fast-paced arcade action is still a blast to play. My chief complaints have been addressed in a post launch patch, making this a strong experience front to back.