A battle arena without the online functionality it needs and deserves.

The excitement of getting a new port on the Switch usually comes from the fact that we often get the full experience of a game in a new form factor. After experiencing Super Treasure Arena, I was disappointed that this release came with zero online functionality and baffled as to why it came to the Switch in the first place. Why even bother showcasing a game so obviously designed for online play without that key feature? However, I also tried the local multiplayer, and it just clicked. While Super Treasure Arena so desperately needs online to showcase the type of top-down battles the developer intended, it does translate well to couch co-op. 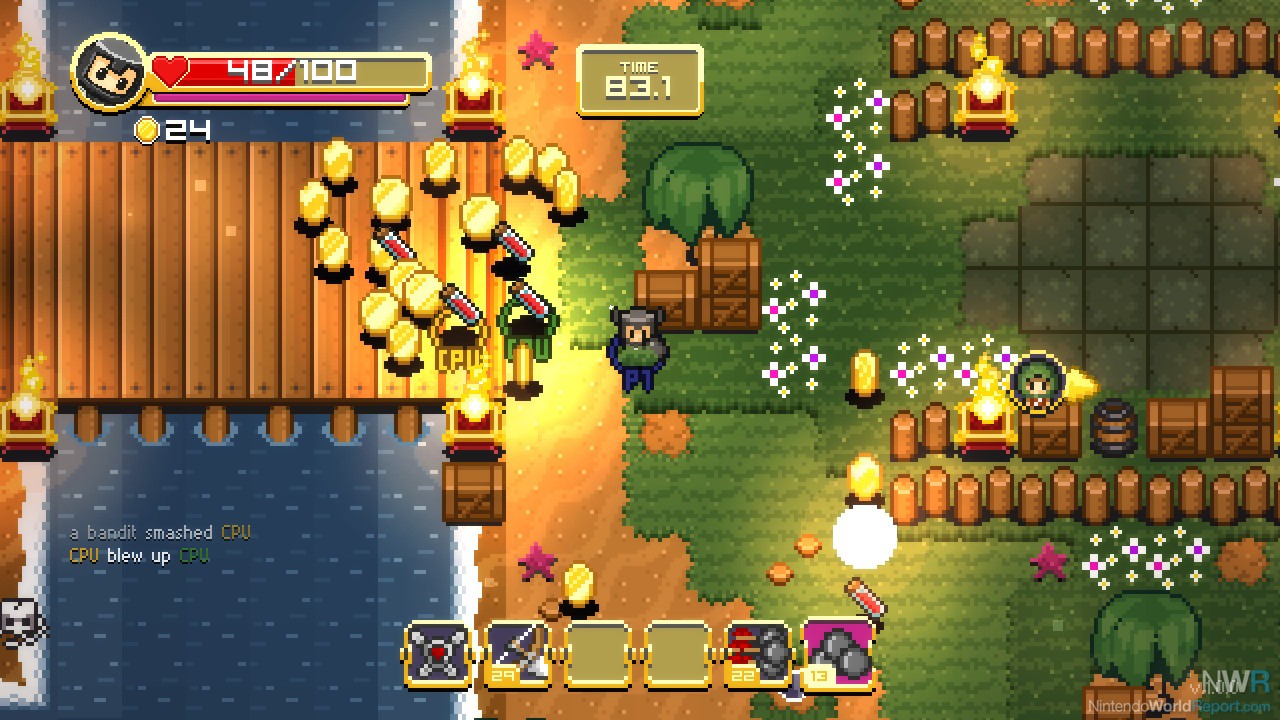 The gameplay is simple: four characters are thrown into a map filled with lots of small bosses that get in the way of you accomplishing one of two objectives, depending on the game mode. The free-for-all mode challenges you to collect as many coins as possible, earned by destroying others and busting open treasure chests. In “Treasure Run,” you carry the treasure chests across the map to your home base to earn points. Both modes are expertly timed; no round feels too long or short. The real challenge for me at first was focusing on the objective rather than just surviving. With all the bosses, challengers and their attacks all around me, the space would quickly become overwhelming. Distraction was a frequent enemy of mine, so I would lose track of what I had to do quite often. 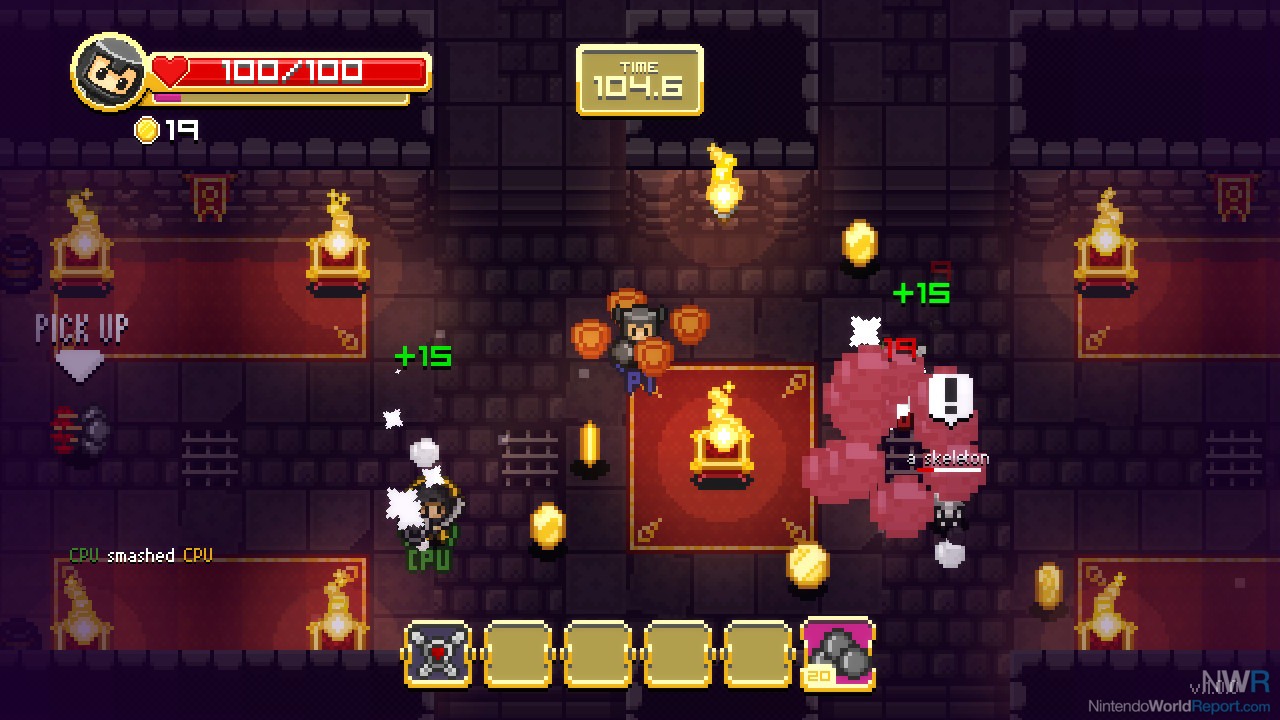 The six maps available perfect the retro style in terms of lighting and design. All the menus are standard and easy to grasp quickly, leaving no room for misinterpretation. The controls work well, but they are different than the rest of the pack. Even though attacking with the triggers and aiming with the right stick was uncomfortable at first, I grew to really enjoy these controls. Many games in this genre use the direction your character is facing to aim attacks, but in this arena, character movement and aiming are two different concepts.

Super Treasure Arena has all the elements of a great arena shooter: fast and tight gameplay, intuitive controls, and clear objectives and challenges. To make this a worthwhile download though, it absolutely needs to be an online experience. It works locally because of how solid the overall experience is, but that should be a secondary option, not the primary way to play.