A retro throwback that dredges up both the good and the bad.

Odallus: The Dark Call originally released on PC in 2015, but it calls to mind 8-bit classics like the first three Castlevania games and Metroid. In making the nostalgia play, it nails the retro look and aesthetic, but it also brings forward some of the same problems that games had in the NES days. Namely, the lack of an in-stage map, finicky controls, and game-breaking glitches mar an otherwise solid action-exploration game.

The story centres on a warrior named Haggis who is searching for his son in a demonic, war-torn land. The game opens to a world map that is reminiscent of the ones in Ghosts n’ Goblins and Super Ghouls n’ Ghosts, except in Odallus you can and need to backtrack to previous areas after obtaining new weapons and abilities. On the world map screen, you also have the option to change Haggis’ outfit into that of a royal knight, a red gargoyle, and a vampire hunter, all nods to the games I mentioned previously. This screen also shows whether you have defeated the boss of each area and the percentage of secrets found, and the world map works really well in terms of bringing the game together. 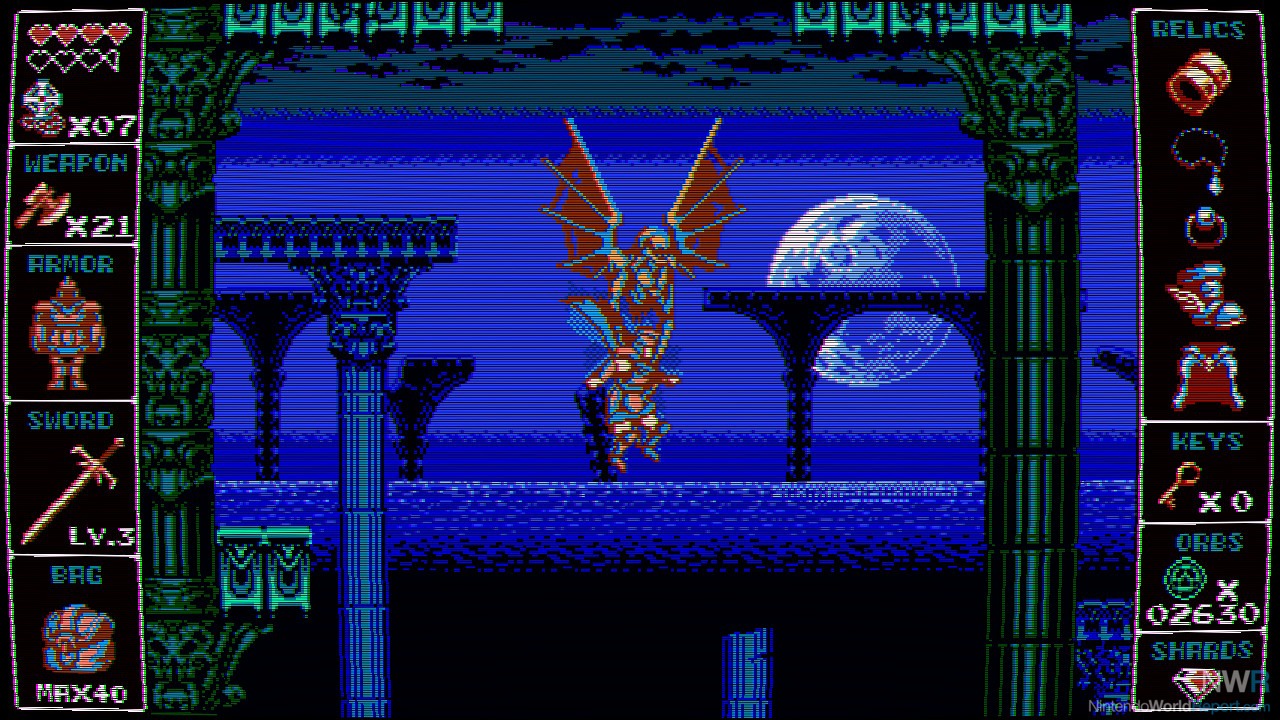 After selecting a stage, gameplay sees you slashing a sword at enemies, looking for secret paths, and navigating your way forward until finding either a hidden exit or the boss. Defeating the boss of each area opens the way to the final stage of the game. While progressing through the stages, you can find heart containers that increase your life meter and keys that unlock doors, both of which reminded me of Link’s Adventure. Even some of the enemies seem taken straight from there. The boss fights are fairly enjoyable and involve timing your jumping and movement to avoid attacks and striking when the target becomes vulnerable, but some bosses can be killed really easily by just getting close and jamming the attack button.

In true Metroidvania fashion, you won’t be able to find certain hidden exits or treasures until you come back with a new sub-weapon or ability. For example, the torch sub-weapon allows you to melt blocks of ice blocking your way, and the Pazuzu Cape relic grants you the ability to float down like a parachute or be pushed up by gusts of air. While the early going is tough since you only have the sword, as you power up and make progress, movement and combat become more satisfying. You can spend the money you earn at an in-game shop to buy health, extra lives, and sub-weapon ammo, and it was always a relief to find the shop as it was often accompanied by a checkpoint.

If all of this sounds familiar and enjoyable, that’s because it is, but a few noticeable issues hinder the overall experience. Haggis has the ability to grab onto ledges and pull himself up, but the detection isn’t perfect, so you might jump up expecting to grab a platform but not, or grab one but fall down after rather than pulling yourself up. This problem is exacerbated when using a joystick, so I recommend the Joy-Con directional buttons or the Pro Controller D-pad. As well, some stages have environments that look very similar, making it easy to get lost, and a map screen showing checkpoints, shops, and other places of interest may have made exploration more enjoyable rather than tedious. And saving the worst for last, I encountered slowdown in areas with multiple enemies and some of the underwater sections, but a major glitch halted my progress about 80 percent of the way through the game. During a certain boss fight my screen would shake violently, blurring all of the action and making the fight nearly impossible to win. After multiple attempts, I just conceded to the mini-earthquake occurring on screen. 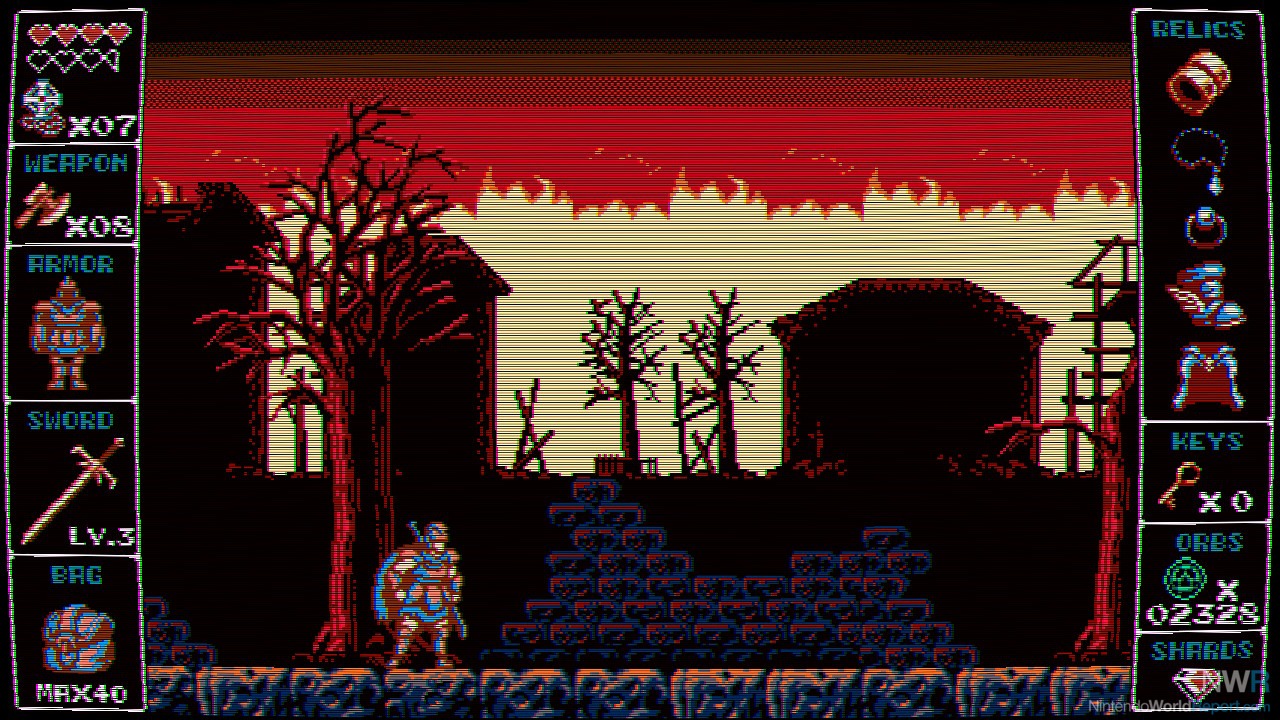 All in all, Odallus: The Dark Call is a fun and challenging throwback that conjures up nostalgia and frustration in equal measure. Tighter controls and an in-game map would help with platforming and exploration, but being unable to defeat a boss and progress to the end of the game as a result of a glitch is thoroughly unsatisfying. I enjoyed what I did play, and finding hidden secrets and paths kept my attention over my seven or so hours with the game. If a patch is released to fix the screen shaking, I would like to come back and finish what I started. For now, I’ll recommend Odallus to those itching for the atmosphere of early Castlevania games and those relishing a good dose of difficulty. More casual fans may want to look elsewhere.